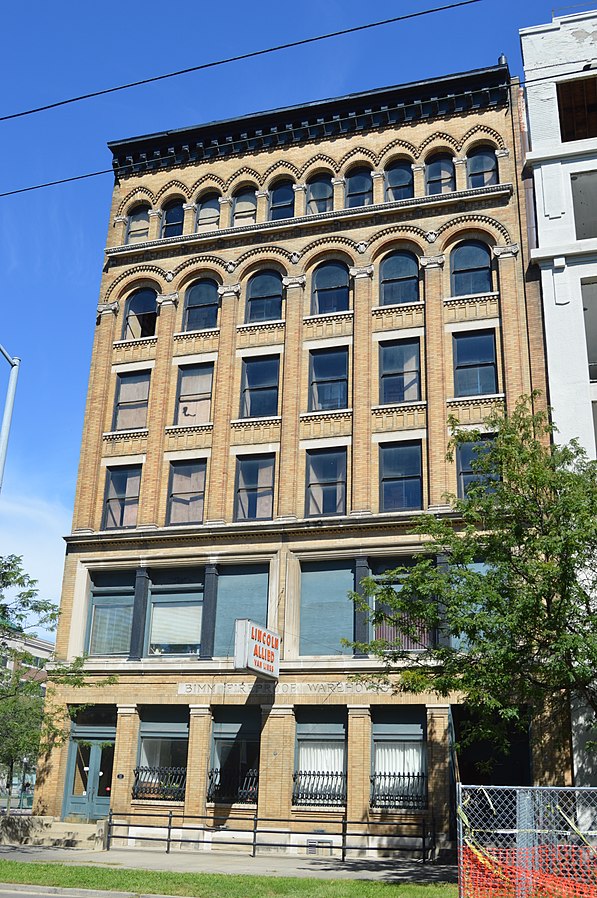 The Bimm Fireproof Warehouse, owned by brothers Joseph and Henry Bimm, was constructed from 1911 to 1912. It was built from reinforced concrete with eight tons of steel, which made the structure “fireproof.”  The Dayton Journal advertised the warehouse’s electric light, heating, and security. The warehouse opened on November 5, 1914, and it was remodeled that same year. A large vault on the first floor was added two years later.

Bimm Fireproof Warehouse was primarily used by the wealthy and those moving to Dayton. New residents could store their belongings at Bimm’s while they found a place to live. The Dayton elite used it to secure their valuables when they traveled. The upper floors of the warehouse held art pieces, rugs, furs, and pianos. They were kept at an even temperature and vacuumed regularly. The downstairs housed furniture. The entire building was protected by guard dogs at night. Once Dayton local, Virginia Kettering, rented an entire floor so her furniture would not be stacked.

In 1916, after Henry Bimm’s retirement, the warehouse was sold to the Lincoln Fireproof Storage Company of Dayton. It is still owned by Lincoln Storage and Moving today.