The Victoria Theatre, where actor Fredric March got his start as one of the "Wright Players" from 1927 to 1930. 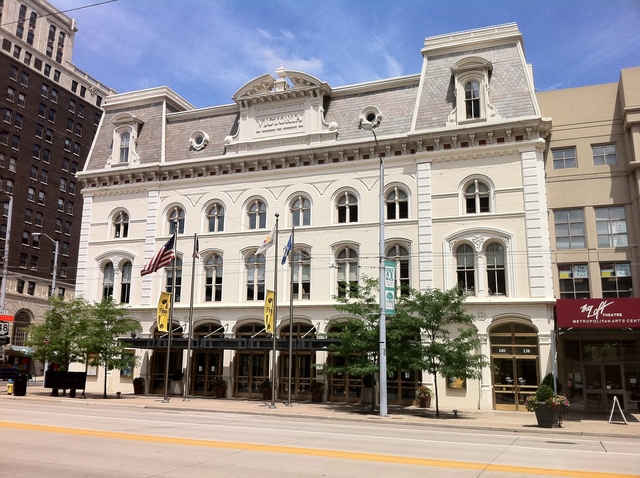 Inside the Victoria Theatre auditorium. 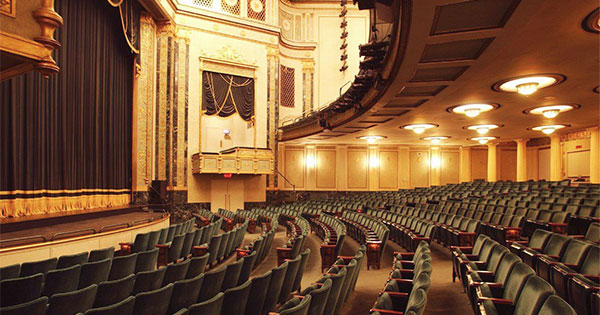 The Victoria Theatre opened on January 1, 1866, as the Turner Opera House. It was constructed by brothers Joseph and William Turner for a total cost of $325,000. A fire in 1869 destroyed all but its façade, so it was rebuilt by new investors in 1871 and renamed the Dayton Music Hall. Over the following decades, the theater’s name changed again to the Grand Opera House in 1900 and the Victoria Theatre two years later. It also welcomed such notable acts as Harry Houdini and actors like Sarah Bernhardt.

The Great Flood of 1913 severely damaged the theater, but it was repaired and reopened as the New Victoria on November 25, 1913. The Victoria did not fare so well after another fire in 1918. It had to be rebuilt again in 1919, this time under the ownership of William A. Keyes as the Victory Theatre. The Victory Theatre showed Warner Brothers movies during the 1940s and focused on Disney films in the 1950s and 1960s. After Keyes’s death in 1955, his family took over the theater.