The Train Depot was built in 1885 and is a standard design for a nineteenth-century train depot. The introduction of a train line boosted the town’s economy. 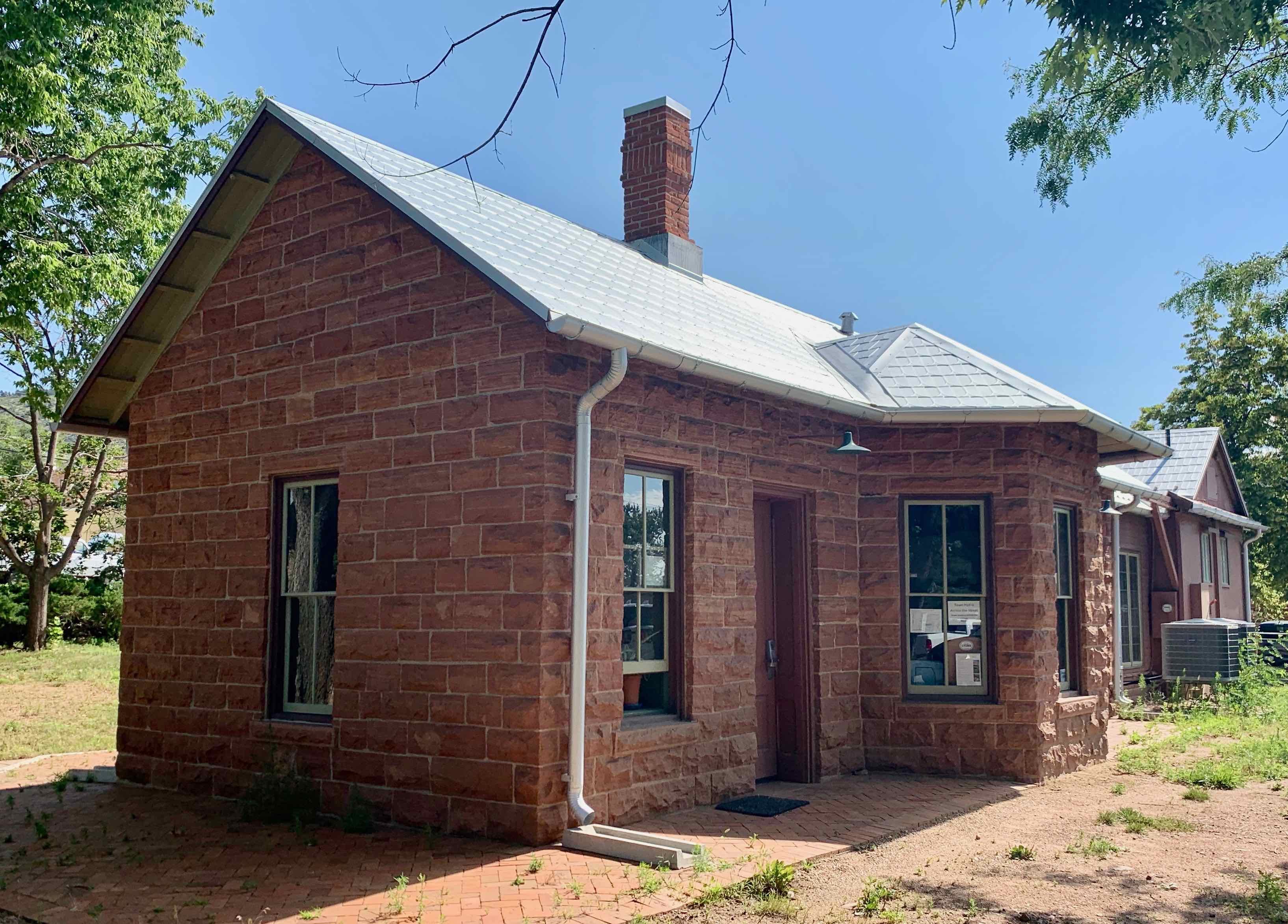 The Lyons Depot in 1897. Photo courtesy of the Lyons Redstone Museum. 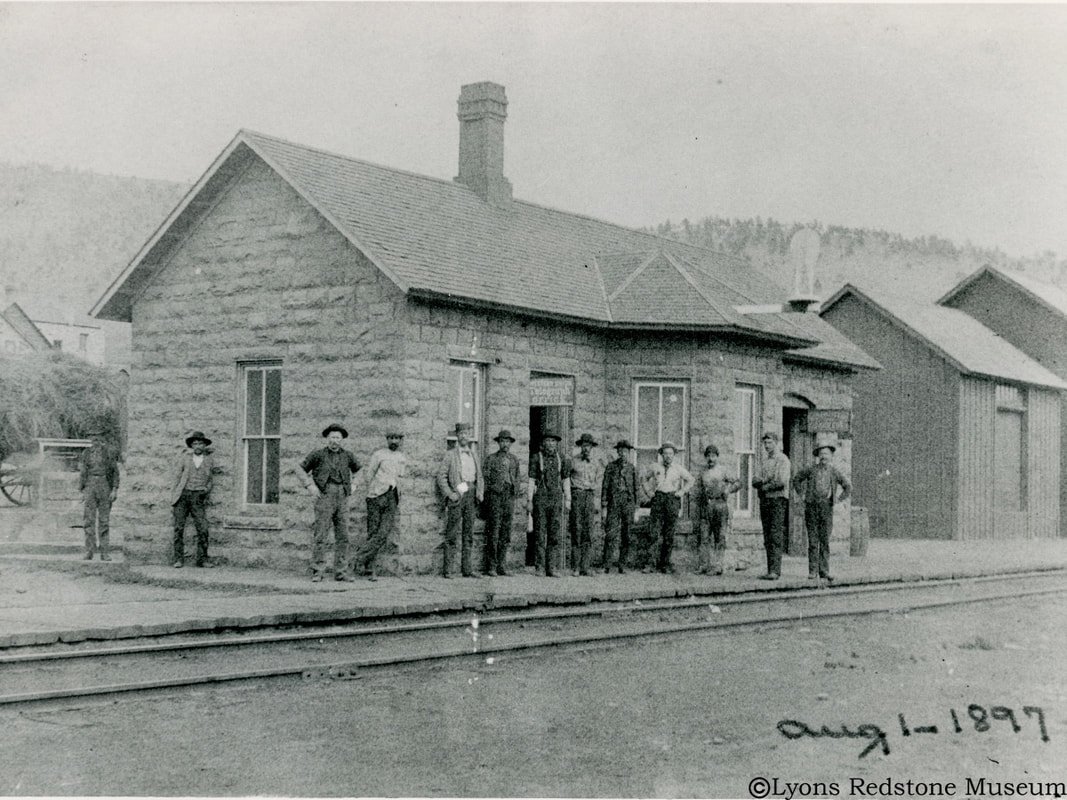 This sign was in the original Train Depot building. It is now on display at the Lyons Redstone Museum. Photo courtesy of Baiba Lennard. 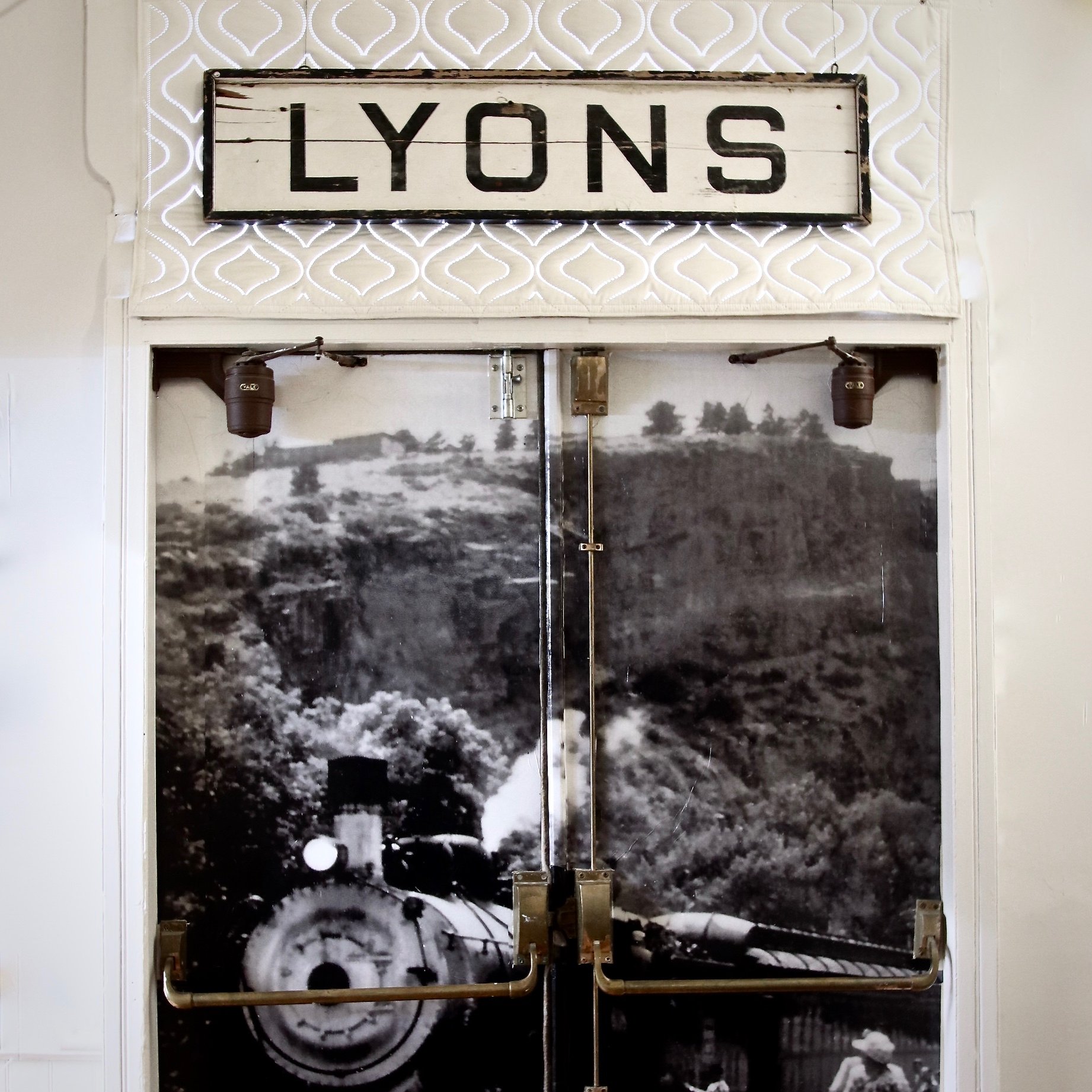 This photo is of an interior wall in the baggage room. During one of the renovations, crewmen's painted initials were discovered. Photo courtesy of Baiba Lennard. 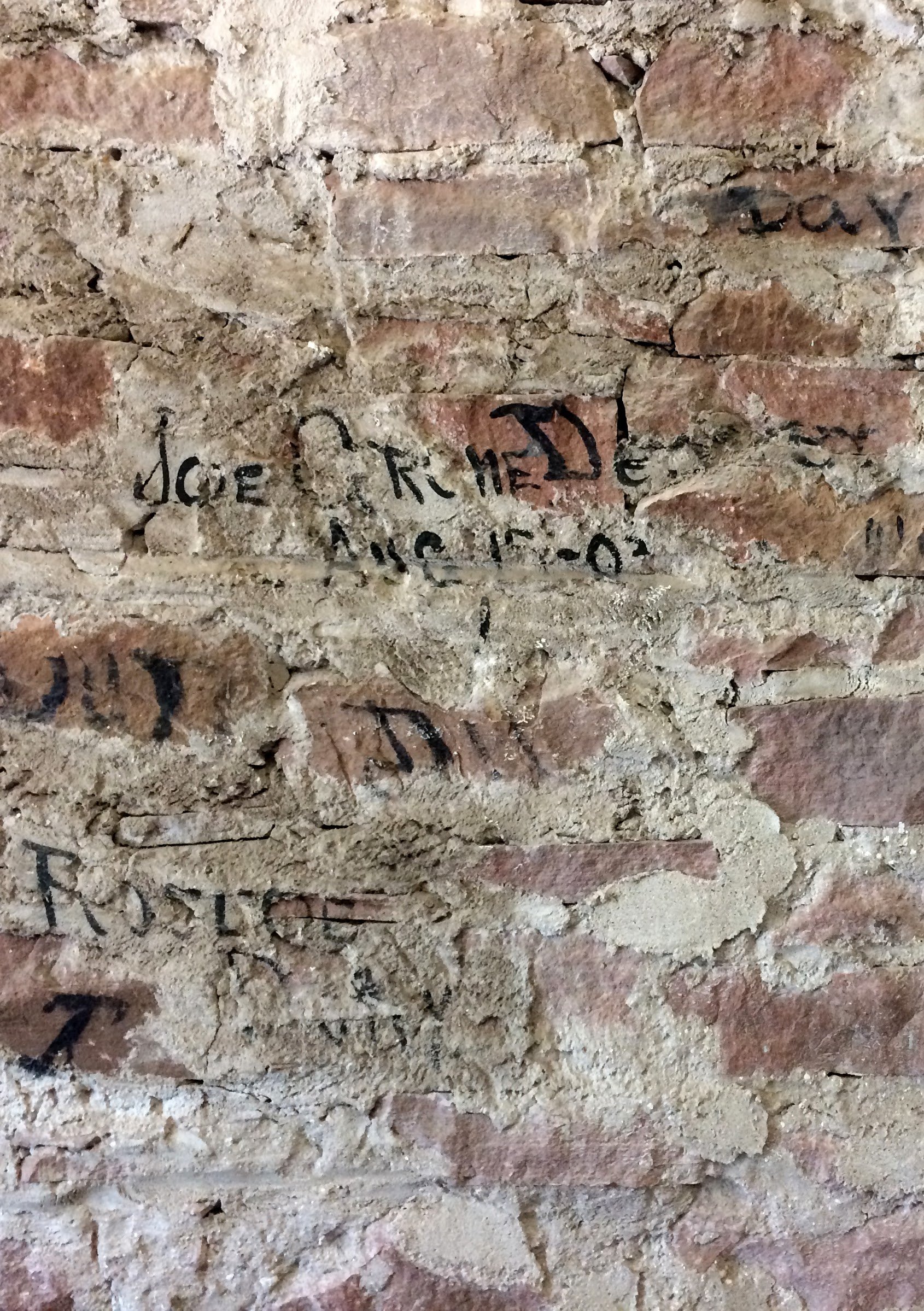 When Edward S. Lyon, Hiram Sawyer, and Griffith Evans first started quarrying limestone and sandstone, there was no rail line into Lyons. They had to haul the heavy stone by wagon all the way to Lyons in order to send them the Denver. In 1885, the Denver, Utah, and Pacific Railroad built a narrow gauge track into Lyons. That same year, the train depot was built.

Mark W. Boyd of Longmont received the building contract for the depot in the summer of 1885. The building was a simple design. It was a one-story building with a bay window. The station agent would have used the window to see up and down the track. The depot’s walls were built out of Lyons sandstone and were 18 inches thick, and the roof was made of galvanized metal. The building was divided into three rooms; a waiting room for passengers, a small middle ticket office used by the station agent, and a baggage storage area.

The Lyons Train Depot was the hub of the community for many years. The trains transported stone, supplies, lumber, and eventually tourists. The extension of the train line and the construction of the depot helped boost the town’s economy. By the late nineteenth century, tourists were traveling to Lyons to spend time in the parks. They were also taking the stagecoach from Lyons up to Estes Park or to resorts up the north and south St. Vrain river Canyons.

In July of 1908, construction of the pavilion on the east side of the depot began. On July 16, 1908, the Lyons Recorder Described it as being “about 16x48 feet, with a roof space of 22x50 feet. It will be a convenience that will be much appreciated by the patrons of the road.”1 Several local carpenters worked on the Pavilion and it was completed by the end of the month.

The Train Depot closed in 1960 and was up for sale in 1974. The Lyons Historical Society formed by Dorothy Paxton, its first president, to save the historic building. It was added to the National Register of Historic Places in December of 1974. The Town of Lyons purchased the building and it was restored through volunteer hours, multiple grants, and donations. It was converted into a library and its doors opened in October of 1977.

The Flood of 2013 damaged the building. Emergency and Flood Relief grants helped stabilize the structure while volunteers formulated a plan for historic treatment. In Spring of 2014, additional funds were secured to rehabilitate the Depot to historic standards. Construction was completed in April of 2016.2

The Lyons Regional Library chose to not use the building anymore. The Train Depot now houses Town of Lyons staff offices.