The church was built in 1894 using locally quarried sandstone. It was the first permanent church in the Lyons townsite. Services are still held every Sunday. 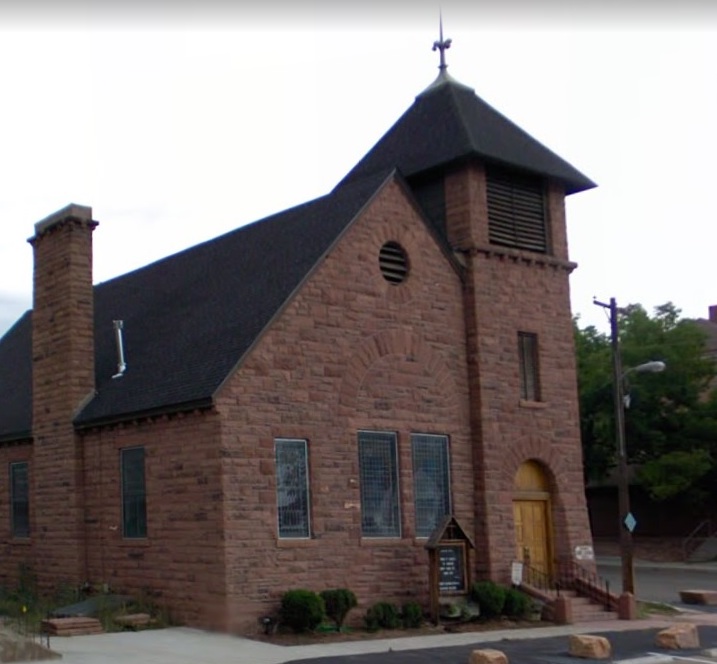 The archway over the church door. Photo courtesy of Eric Hoyt. 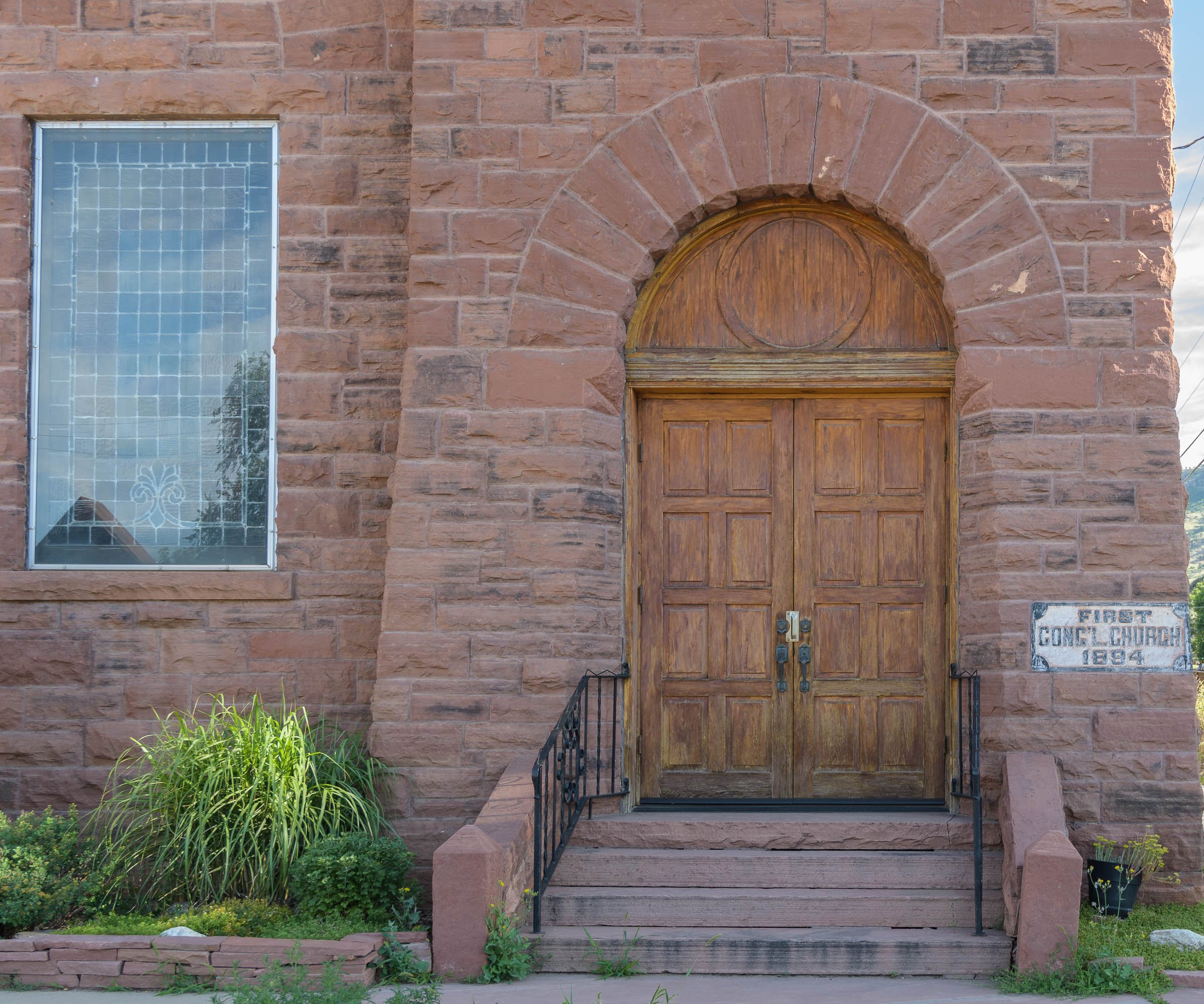 One of the stone circles on the church. Photo courtesy of Eric Hoyt. 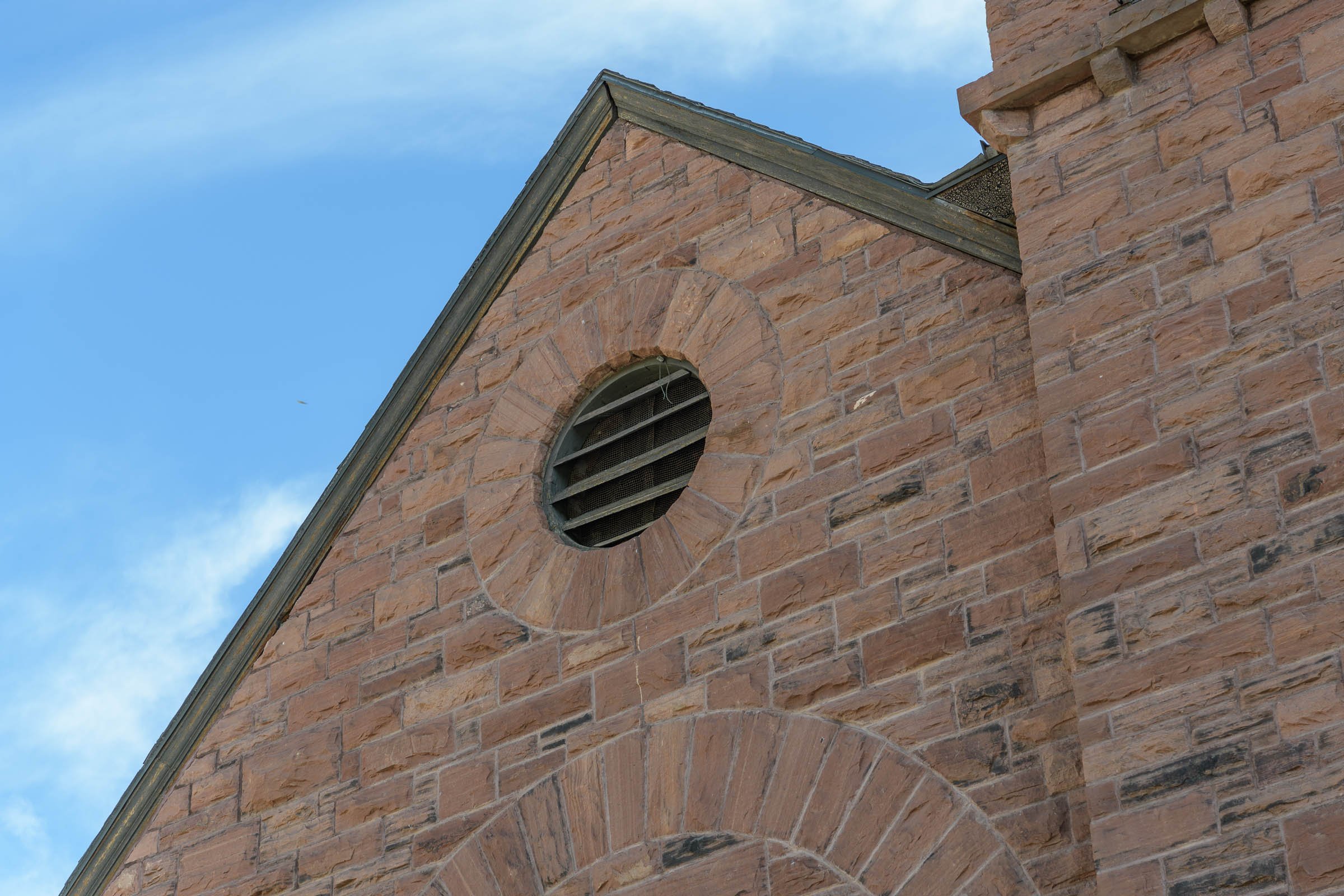 One of the stained glass windows from the church's interior. Photo courtesy of Baiba Lennard. 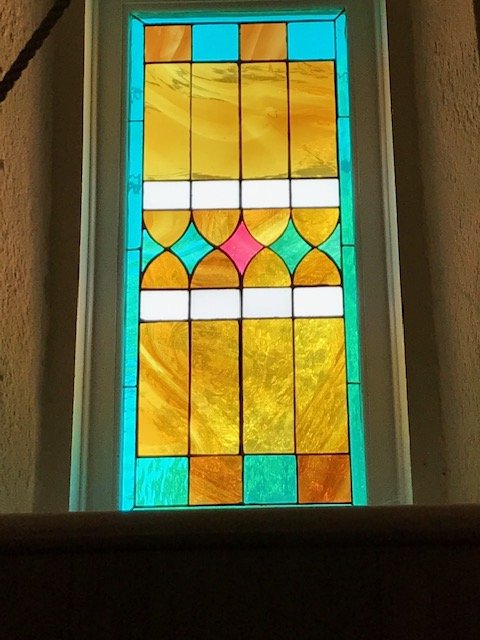 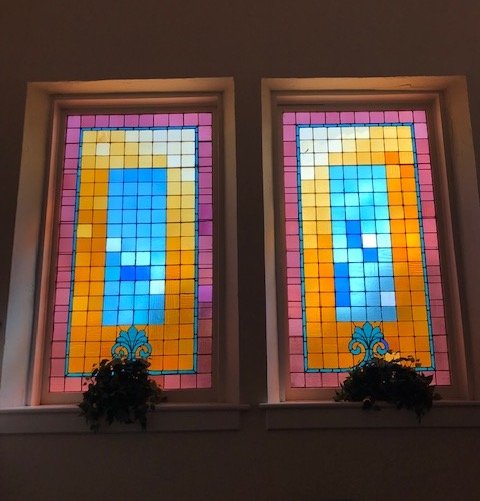 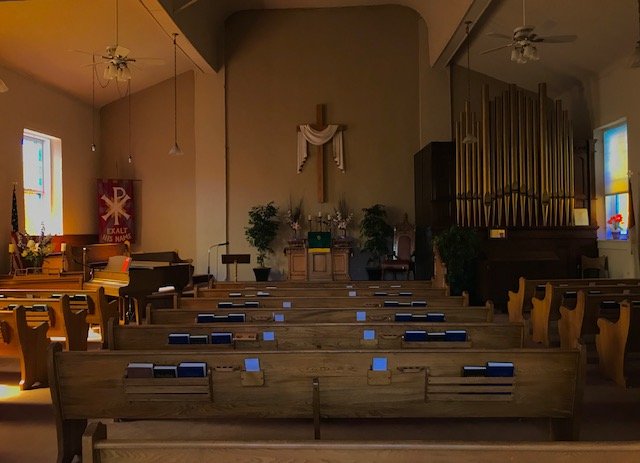 Documentation for the historic organ inside the church. Photo courtesy of Baiba Lennard. 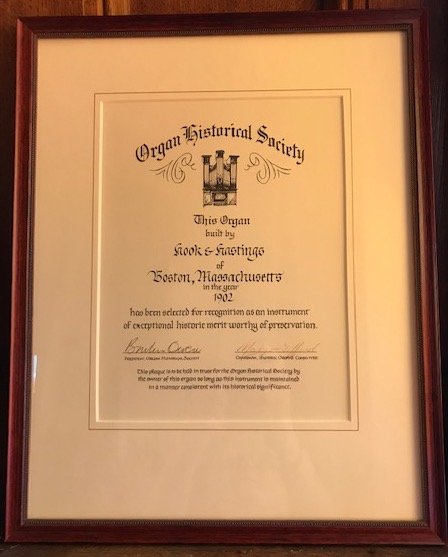 Edward S. Lyon and William Griffith arrived in the area now known as Lyons in 1880. The two men were permanent settlers who were seeking land. Edward Lyon purchased 160 acres of land with the intention of raising cattle, however, he discovered the potential for quarrying sandstone and limestone.1

As more people were settling in the area, Edward Lyon began to worry for the local youth. He had built the schoolhouse in 1881 but he felt that there was a need for a permanent pastor, “because the town has many saloons and the kids have to have some spiritual upbringing.”2 Reverend H. E. Thayer, a pastor from Longmont, began gathering a congregation and a church was organized on March 8, 1889. On October 27, 1889, a meeting of selected laymen and ministers from surrounding Congregational Churches was held at the Lyons School House. On that day, the First Congregational Church of Lyons, Colorado was officially established with Reverend S. A. Williams of Los Angeles, California as the first official pastor. By the end of the first year, the church had 17 members including A. P Weaver, Mrs. Milton Tucker, Mr. and Mrs. T. J. Thorne, and Edward Raymond Thorne.3

As the congregation grew, the Reverend Williams, Reverend H. E. Thayer, and Reverend Henry Harris, who was brought from Michigan by E.S. Lyon, decided that the town required a permanent church building. Construction began in 1894 and was supported by the members of the church and town.4 Rev. Henry Harris and Rev. H. E. Thayer led the project with the assistance of Alex Chisholm, Charles P. Wilcox, and E. E. Norton.5 The building was constructed using Lyons sandstone and was completed in only seven months. Several features of the building exhibited excellent workmanship that was praised by architects. The east and south sides of the building include stone arches and circles that required precision cutting and fitting.6 These near-perfect architectural features still stand.

Between 1895 and 1945 there was a high turnover rate for pastors. The First Congregational Church of Lyons had twenty-three pastors serve the church, with an average of about 18 months per pastor.7 This may have been due to the fact that these years encompassed the two World Wars as well as the Great Depression. Money for the pastor’s salary was difficult to collect. Between 1942 and 1945, there was no regular pastor. The church was held together by the members and laypeople. The church was supported by the Ladies Aid Society as well as the Sunday School.  These two organizations operated without interruption and played an important role in continuing the First Congregational Church of Lyons. The Ladies Aid Society provided financial aid to the church, while the Sunday School offered a religious education center.

Reverend D. I. Hammond served at the church in 1945 as well as 1948. He began improvements on the church by redecorating the sanctuary and painting the walls. Reverend W.O Rogers took over in 1948 and had a new heating plant installed.

Over the years, clergymen and members of the church continued to improve the building. The Old Stone Church is one of Lyons’ iconic historic buildings and services are still held every Sunday.