The former site of the Sabraton Tin Plate Mill between Deckers Creek and Earl Core Road just north of I-79 was once home to one of the highest levels of industrial activity in the Greater Morgantown area. Although plans for the mill began in 1903 and the mill complex itself was constructed at that time, operations there did not begin until nearly three years later. At that time, Morgantown developer and U.S. Representative George C. Sturgiss purchased the mill site and began plans for the foundation of Sabraton, originally known as Sturgiss City. The mill remained in operation off and on throughout the twentieth century before being purchased by the Sterling Faucet Company in 1977, which closed the mill permanently in 1996. After its closure and eventual demolition, the mill was replaced by a variety of commercial businesses serving the Sabraton and Greater Morgantown area.

Tin plate mill between 1900 and 1910, around the time of its construction. 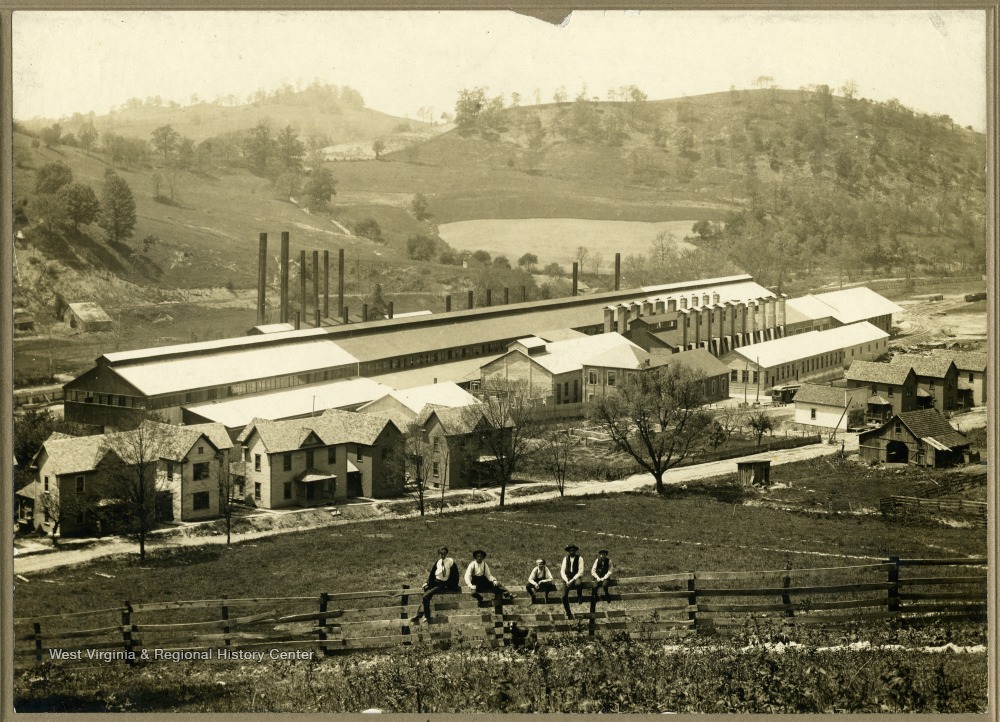 Interior of the mill, showing the rollers used to flatten out sheets of tin. 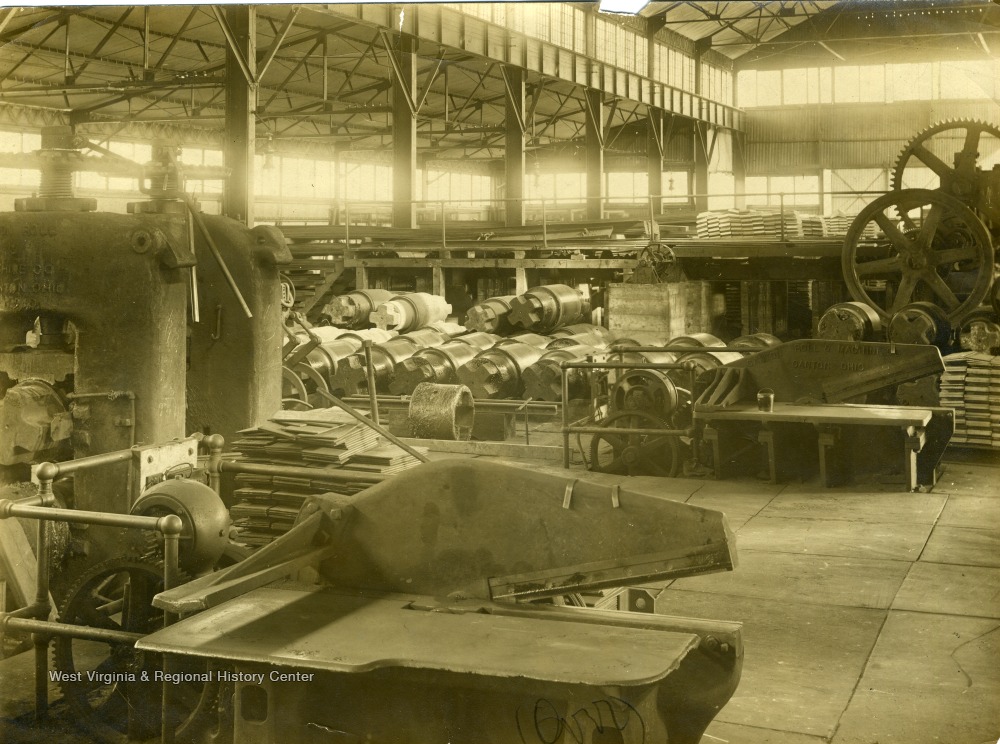 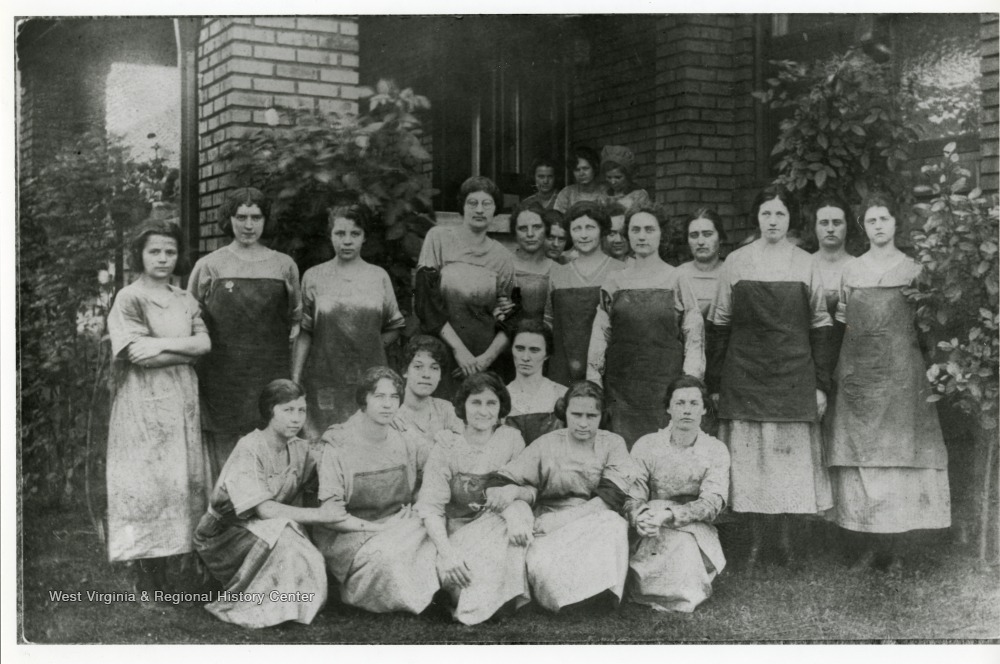 Trolley car in Sabraton, which George Sturgiss had constructed to serve the workers of the mill. 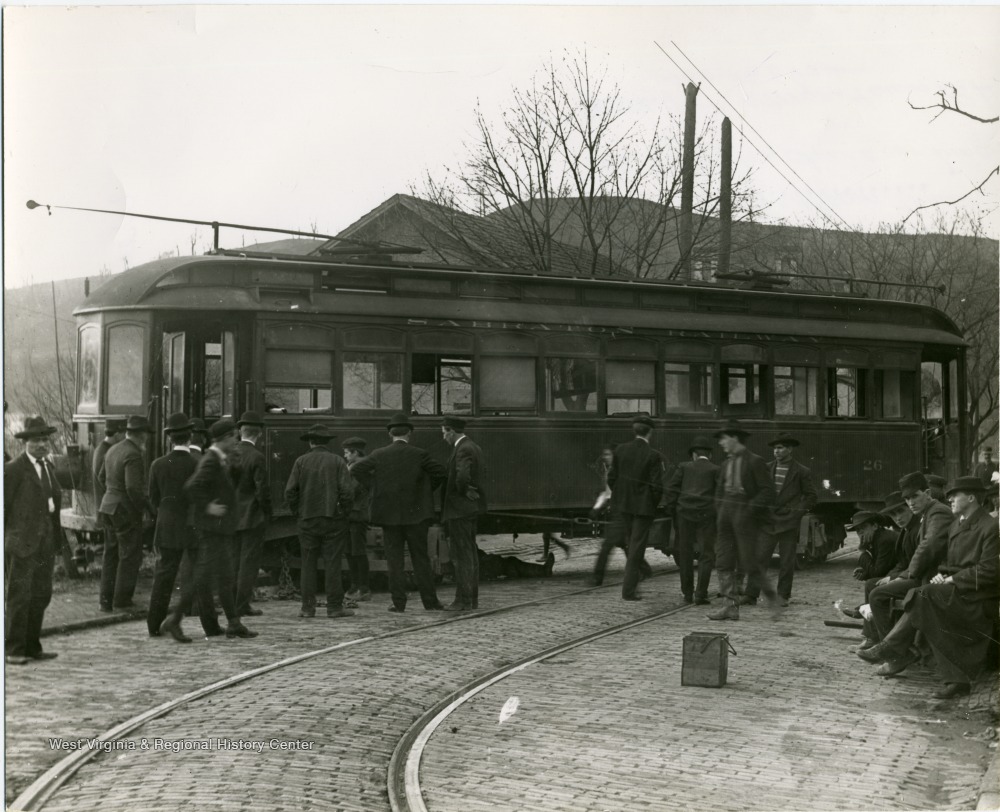 George Sturgiss, primary force behind the opening of the mill. 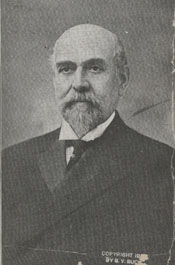 When the site of the Sabraton Tin Plate Mill went up for auction in 1905 after lying dormant for three years, the entire Morgantown area waited with bated breath for the results. Morgantown industrialist George C. Sturgiss had been working for two years to bring a tin plate mill to the area and initially convinced George J. Humbert, a Pittsburgh steel company executive, to invest in the project. Though construction of the mill complex along Deckers Creek was successfully completed shortly thereafter, however, financial difficulties forced Humbert to back out, and the mill was put up for sale before it had even opened. After it went up for sale Sturgiss was the primary bidder but faced stiff competition from outside companies, who filed a series of last minute bids in an effort to gain the upper hand before Sturgiss had time to react. Sturgiss then took the matter to the U.S. Circuit Court at Richmond, where he emerged victorious. When he returned to Morgantown he was greeted at the rail station at noon on July 8, 1905 by the city band and a crowd of two hundred residents, all eager to congratulate the man who had promised to bring nearly a thousand jobs to the area.

When the mill began operation in 1906, it was operated by the American Sheet and Tin Plate Company under the local management of William C. Lloyd. Initially the mill employed three hundred workers, who labored to manufacture sheets of tin plate that were approximately thirty feet in length. Bars of steel were transported from Pittsburgh to the mill, where they were heated, rolled in sheets, and folded over to create layers of plates. The plates were then separated, dipped in acid and water baths to remove oxide scale, and rolled again to polish them. Finally, the plates were dipped in molten tin and then grease to remove the excess tin before being cleaned and polished. The tin plates that emerged from this process were then used in the manufacture of pots, pans, and hollowware (coffee pots, teapots, soup tureens, and other metal dishware that contains food at mealtimes).

During its first period of operation from 1906 to the 1931 the tin plate mill employed a growing number of workers in the Morgantown area, many of them immigrant laborers who served as the core of what became the town of Sabraton. Originally known as Sturgiss City after its founder George Sturgiss, the town was renamed in 1922 after Sturgiss’ daughter Sabra. Throughout that period, Sturgiss sponsored much of the community’s real estate development and succeeded in having a trolley line built between the mill and Morgantown to connect the area to the region’s larger transportation and commercial hubs. As a result, Sabraton grew steadily in its first decades. This growth was briefly derailed, however, by the closing of the plant in 1931 as a result of the Great Depression, leaving hundreds of Sabraton residents without employment. Many of these workers joined a hunger march that began among the coal miners in Osage and progressed to Morgantown, an event that forced local officials to establish organized relief programs to meet the needs of area citizens. In 1933, after federal relief programs had spent two years successfully rejuvenating the local economy, the mill was able to reopen.

Seven years later the mill was purchased by the Sterling Faucet Company, which moved its operations to Sabraton and began production of chrome-plated plumbing fixtures. Sterling was a pioneer in this process, which replaced earlier nickel-plating techniques. Chrome plating had a harder, more durable finish that retained its luster far longer than other metals. Plumbing fixtures at the Sterling Faucet plant in Sabraton (established as Sa-Mor Quality Brass, Inc. in 1948) were manufactured by putting brass pipes through a series of degreasing and cleaning phases to remove residual dirt and debris before dipping them in vats of molten chromium. The pipes were then polished and further cleaned before being shaped into various plumbing fixtures that were used in sinks, showers, and toilets. During a portion of its existence in the 1950s, the plant was under the supervision of prominent local businessman J.W. Ruby, namesake of West Virginia University’s Ruby Hospital. The Sabraton plant continued its operations until the 1990s, when Sterling began transferring its factory operations to Sheridan and Malvern, Arkansas. By 1996, all operations at the mill had ceased. Three years later, Sterling itself merged with the Kohler Company and discontinued its faucet product line in 2003.

The area that was once home to the Sabraton Tin Plate Mill complex is now the location of a number of businesses serving the residents of Sabraton and Morgantown. Though nothing remains of the mill, however, the site remains a window into the industrial history of Morgantown. It also stands as a testament to the history of how that community expanded into the surrounding area in the early twentieth century. Without the mill, Sabraton itself would not exist.

Gibbs, F. W. The Rise of the Tinplate Industry. London: Taylor and Francis, 1951.