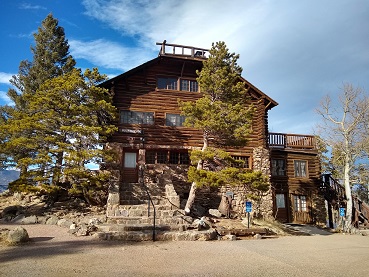 1. YMCA of the Rockies - Mountainside Lodge

Around 1915, Dr. John Timothy Stone picked a rock on the side of 8,740-foot Emerald Mountain for a private retreat he called The Study. In 1919, Stone selected a place for a summer lodge, now known as Mountainside Lodge. In choosing the location, he said, "Great thoughts are born where men and mountains meet."

In 1902, Guy Robert LaCoste constructed the original Wind River Lodge as part of his effort to become a key player in the tourist boom sweeping the area. In 1909 the YMCA purchased the lodge, surrounding buildings, and land for $8.500 from LaCoste's Estes Park Land and Investment Company. In 1910, the YMCA moved the lodge to the center of the camp's operations. With guest registration rising, an expansion to the building was added in 1924 and included a new center structure and a west wing. In the 1970s, it was scheduled for demolition but Lula W. Dorsey, a longtime supporter of the YMCA of the Rockies, provided funds for the west wing expansion to become a museum celebrating the history of the YMCA.

3. YMCA of the Rockies- Friendship and Fellowship

In 1921, A.A. Hyde purchased 78 acres of land,adjoining the YMCA on its northern boundary, from F. O. Stanley for $5,000. Hyde donated the land to the association on the understanding that it would be used to build accommodations affordable for all people. Out of this donation came Fellowship and Friendship - two lodges and an assortment of vacation accommodations for visitors to experience the natural beauty of the Rocky Mountains. 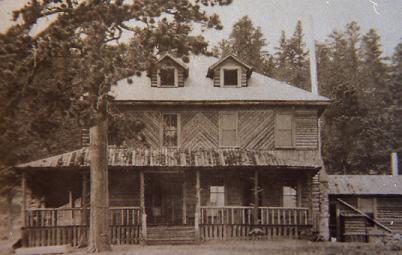 The YMCA of the Rockies was established in 1907 and held its first conference at the site in 1908. The site contains many buildings - the earliest dating from 1905 and are built in the Western Stick style of architecture. The Estes Park Center is also home to the Lula W. Dorsey Museum, which details the history of the association and early inhabitants of the area. The museum is housed in a 1924 lodge addition to the 1902 Wind River Lodge, now demolished.

5. YMCA of the Rockies - Sweet Memorial

This building was named after William E. Sweet, who was a successful investment banker in Denver Colorado. He was elected President of the Denver YMCA at age 22, joined the YMCA National Council at age 35, and was the 23rd governor of Colorado between 1922 and 1924. He pledged $25,000 towards constructing a YMCA building in Denver and was instrumental in establishing YMCAs across Colorado. Sweet attended the 1907 meeting of the Western Conference of the YMCA and led a small group across the Continental Divide to the site of the Wind River Lodge, where he proposed the 1908 encampment meeting be held. 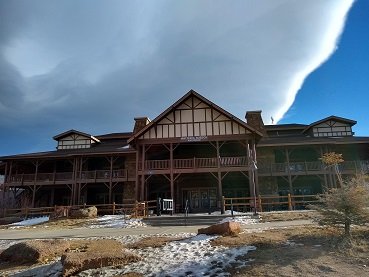 6. YMCA of the Rockies- Ruesch Auditorium

Ruesch Auditorium is dedicated to Walter G. Ruesch, who served as the Managing Director from 1950-1980. The original building was dedicated in 1980, and was built to accommodate large groups. From 2008-2010, the building was updated by adding a gallery façade and the outdoor Aspen Dining area. It was also expanded with the addition of the Assembly Hall, a modern conferencing facility for meetings and events serving up to 1300 people. The conference hall serves groups large and small with flexible meeting spaces. 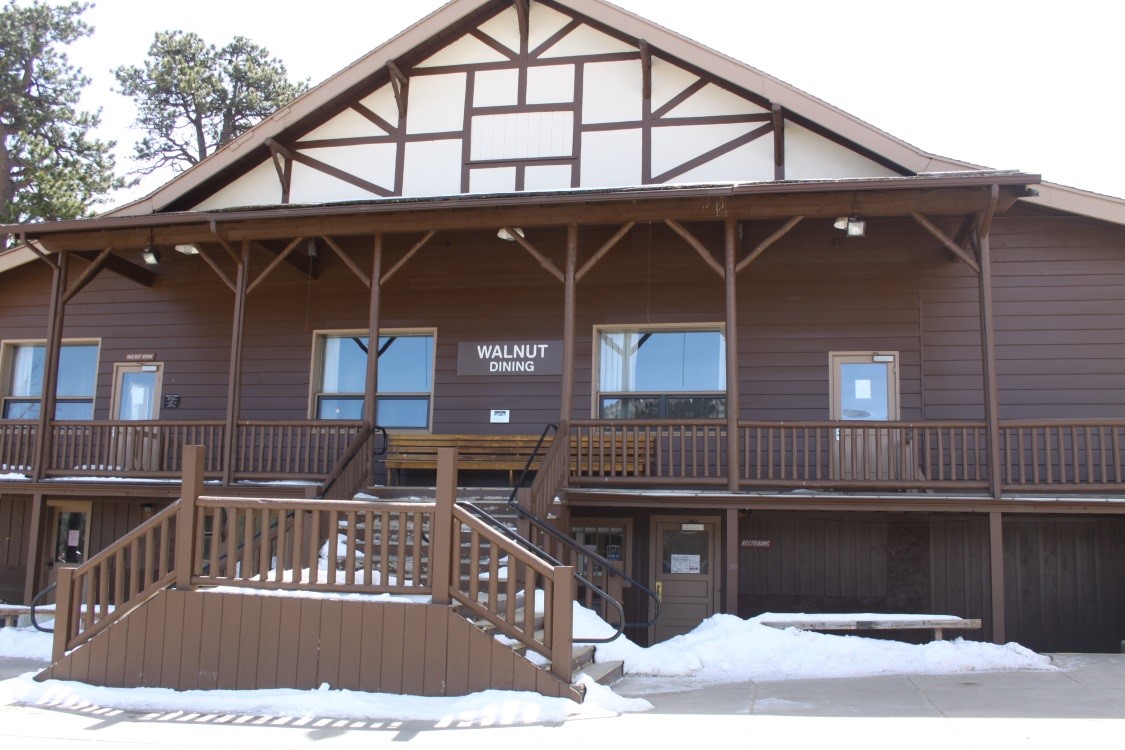 7. YMCA of the Rockies- The Walnut Room

The Walnut Room is one of the oldest buildings at the YMCA of the Rockies Estes Park center and dates from 1911. Funded in part by A.A. Hyde to honor the first center director, Bruno Hobbs who tragically died in upstate New York, the Walnut Room was originally constructed to serve as the summer camp gymnasium before moving to become the camp dining room.

8. YMCA of the Rockies - Administration Building

Built in 1910 for $9,200, the Administration Building was originally used for social gatherings and dining. Notice the Western Stick style of architecture on the front side of the roof and over sized windows. In 1949, there was an addition of knotty pine paneling to the interior and a Rustic Room soda fountain. In 1977, there was a major renovation to winterize the building. In 1994, in another renovation, the Rustic Room was removed and the General Store and restrooms were added. In 1995, the Rustic Café was added as a place to gather for ice cream and take-out food.

9. YMCA of the Rockies- Hyde Chapel

Originally the Assembly Hall, the building was renovated to create a space to focus on practicing faith. Since 1956, Hyde Chapel has held church services and other religious activities at the YMCA of the Rockies in Estes Park. It is named after A.A. Hyde, the inventor of Mentholatum and philanthropist who played an important role at the YMCA. The chapel reflects the principals and values of Hyde, who believed that exploring nature could deepen one's faith and find their calling to serve God and their community.

YMCA of the Rockies- Walk About the Y

This tour explores several of the historic buildings located at the YMCA of the Rockies in Estes Park, Colorado. Day passes to the site can be purchased from the Programs Office located in Sweet Memorial. This is an easy, fairly flat walking tour. If you decided to add Mountainside Lodge to the tour, be prepared for a steep hike. Mountainside Lodge can be accessed from the top of Bible Point and is situated at the base of Emerald Mountain. Please keep in mind that Mountainside is often reserved for private events and not open to the public. We hope you enjoy this beautiful and historic walk that captures not only the history of the YMCA of the Rockies but also the history of tourism and architecture of the area. While you are here, please enjoy the natural landscapes of this beautiful, uplifting location. Don't forget to bring water!