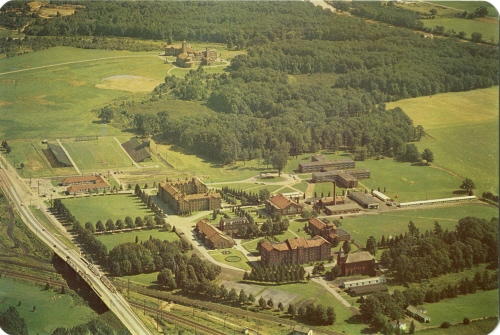 St. Bonaventure University is a special place for both Robert Lax and Thomas Merton. Robert Lax was born in Olean, New York, and he invited Thomas Merton to come visit the campus. After visiting, Merton stayed on campus for three summers. Robert Lax was able to introduce many influential people to Merton during his time at St. Bonaventure. This list of people includes, Father Irenaeus Herscher, Father Tom Plassman, and Father Philotheus Boehner. In Thomas Merton's, The Seven Storey Mountain, he recounts his time spent on the university's campus. A great amount of thanks should be given to Robert Lax, because if Merton never visited St. Bonaventure University the atmosphere and community values would have been affected tremendously.