U.S. Dam 46 was constructed from 1923-1928 by the U.S. Army Corps of Engineers. The lock and dam system kept the water levels in the Ohio River high enough for boats to navigate it year-round. Before its construction, the Ohio River would lower in the summer, creating a beach-like sandbar. The new area quickly became a popular spot for fishers and picnickers. The dam was eventually considered obsolete and demolition began in August 1975. The city converted the area into English Park in 1977, naming it after the dam's last lockmaster, Peter B. English.

The J.W. Bedford locking through Lock and Dam 46 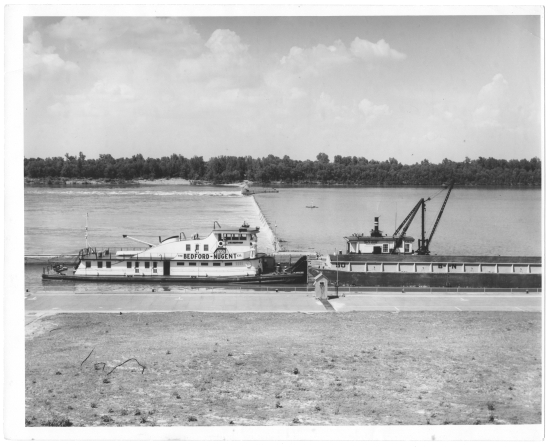 The Chickasaw locking through Lock and Dam 46 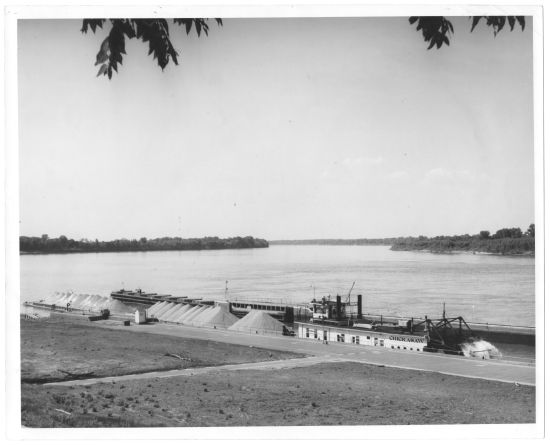 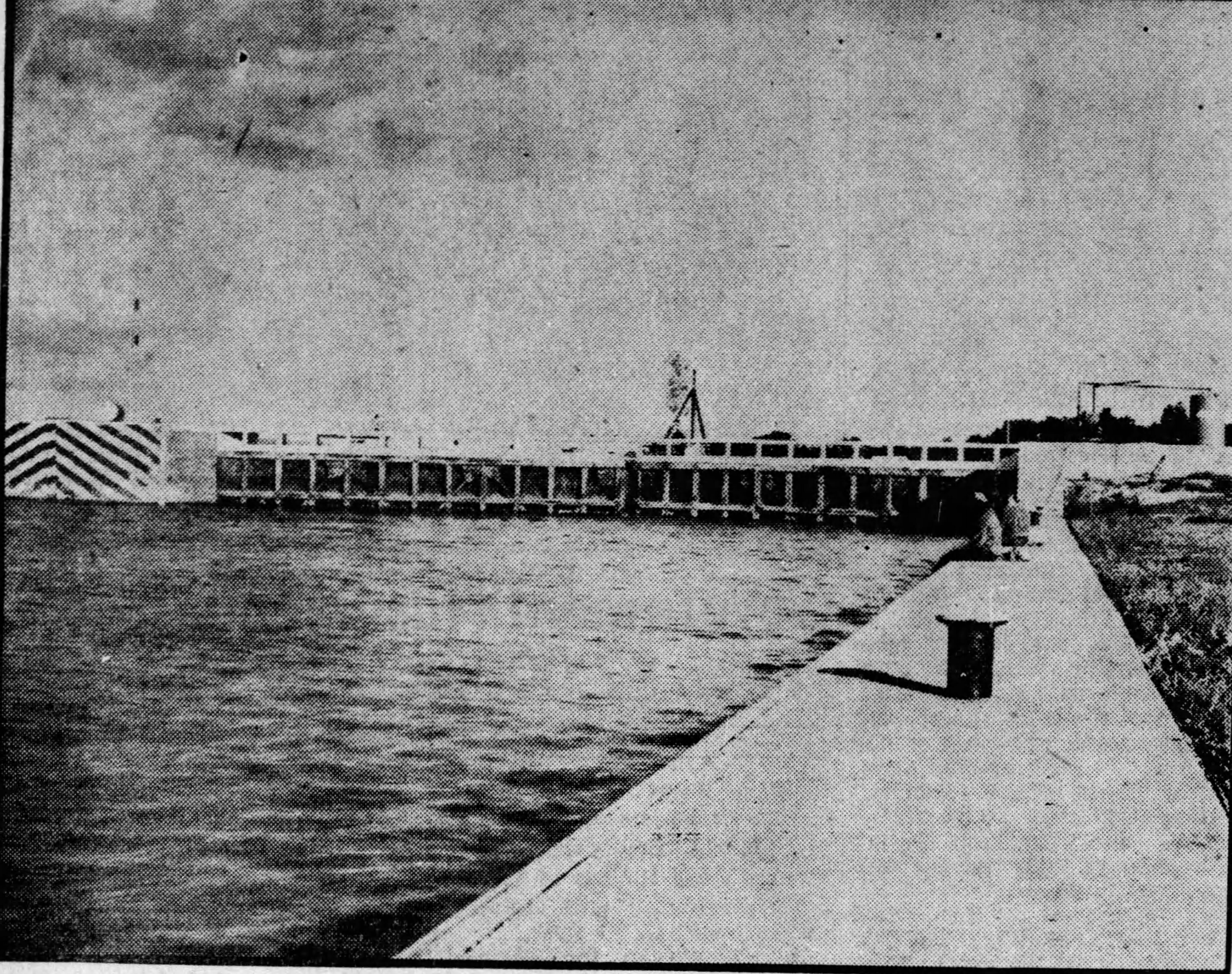 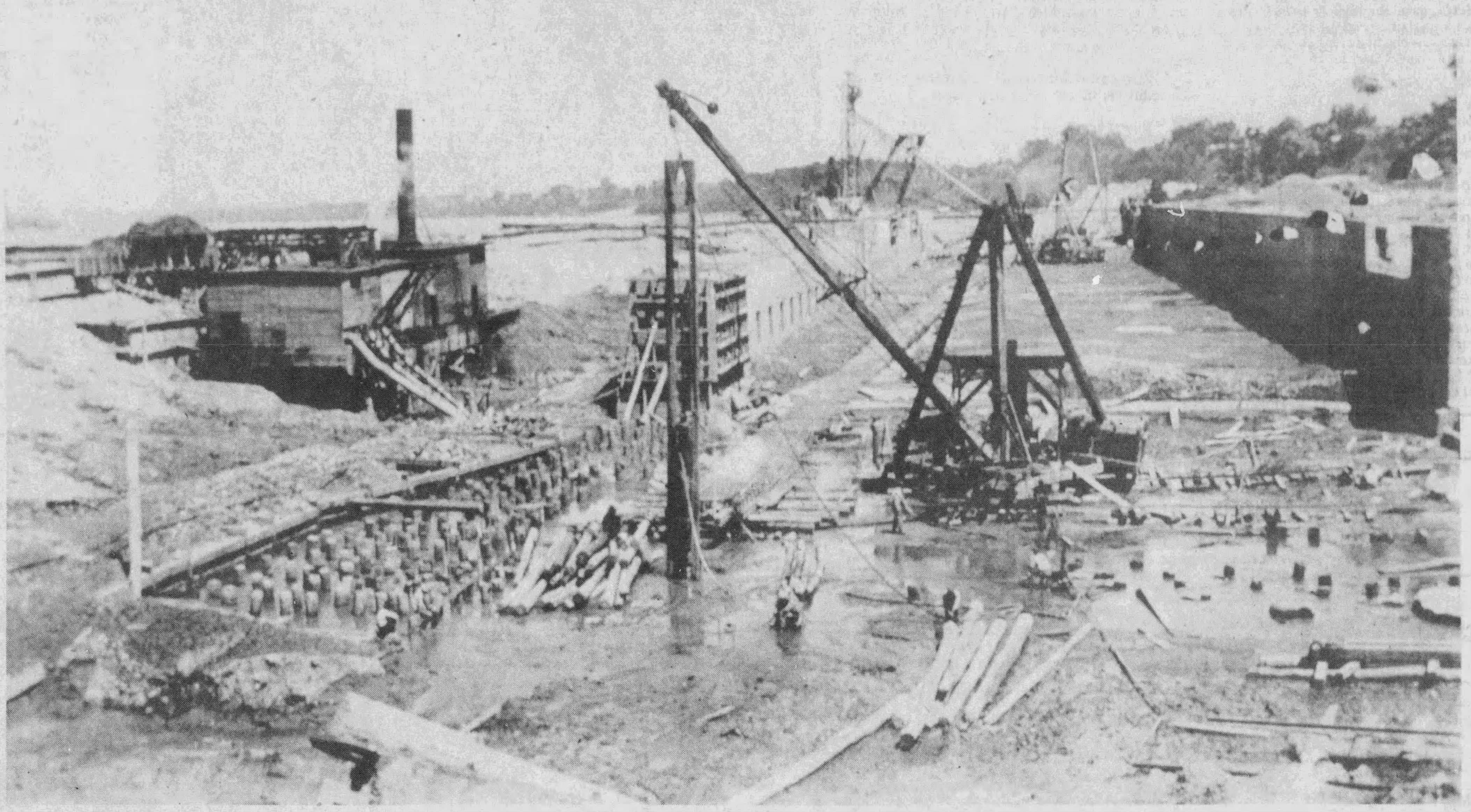 The U.S. Army Corps of Engineers began surveying for Lock & Dam 46 in 1910. The original site chosen was 2 miles east of Owensboro, but in 1922 it was changed to the western part of the city. Construction began in August 1923, and did not finish until September 1928. High water levels and winter weather had frequently deterred work throughout the construction. The final cost of the project came to over $2,000,000.

Unlike most dams, Dam No. 46 was built on a sand base instead rock, so pilings were driven in every four feet. This level of reinforcement later made it more difficult for it to be demolished. A slough that went through the area was filled so that trees could be planted for shade. Railroad tracks were laid from the bluff to the dam site so a locomotive crane could be used.

The dam was hand operated, and took 10-13 hours for a crew of men to raise the wickets by catching metal hooks onto a metal bar underwater. This held the water back and created a deeper "pool" for towboats to navigate. By the mid 1960s, this method was made obsolete and inefficient by a push-button system, and the dam was marked for future destruction. On August 28, 1975, the first round of dynamiting began. By winter 1976 the destruction of the dam was completed.

In 1977, the area was turned into English Park, named after the dam's final lockmaster, Peter B. English. English served as lockmaster from 1957-1973, and had helped with its construction in '20s. The other former lockmasters were John Stolzy (1929-1935) and Tony Rouse (1936-1957). Rouse had also been a part of the dam's construction, serving as an overseer of the work.