Bozeman's First Presbyterian Church holds the distinction of being home to the oldest Presbyterian congregation in Montana. The congregation formed in 1872 and the church building itself was erected in 1910. The church is an excellent example of the Gothic Revival style of architecture and features a square bell tower with a Gothic arched entryway, arched stained glass windows, and large lancet windows also with stained glass. The church was added to the National Register of Historic Places in 1987.

First Presbyterian Church was built in 1910 and is a fine example of Gothic Revival architecture. 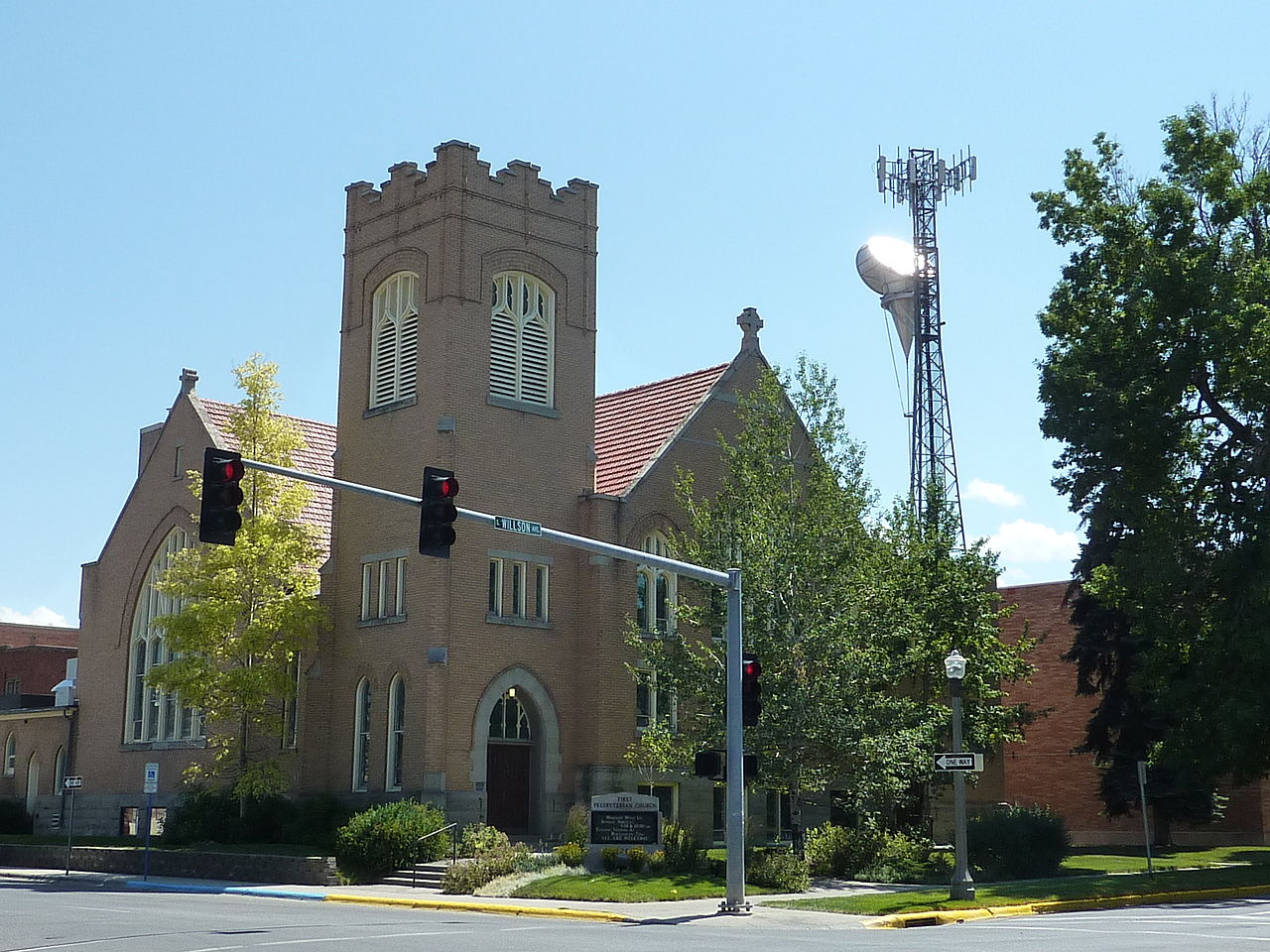 First Presbyterian was one of several Presbyterian congregations established in Montana in 1872 (the others were founded in Hamilton, Virginia City, Gallatin City, Deer Lodge, Helena, and Missoula). The congregation met in other churches until 1880 when they built a small wood-frame church opposite where the current building stands now. The congregation started making plans to build a second church in 1893 but unfortunately an economic depression (known as the Panic of 1893) shelved those plans. The economy improved and Bozeman started to prosper in the early 1900s, allowing the congregation to finally erect the current church building. Construction began in 1908 and lasted around two years. First Presbyterian was dedicated on February 20, 1910. The modern addition attached to the church was built in 1954.

This short walk through Bozeman starts at the Gallatin History Museum and the county courthouse. The tour includes several historic downtown buildings such as the Baxter Hotel and the former city library.