Ayer-Elliot Hall was given to the Buttonwoods Museum in 1918 in memory Samuel Elliot, founder of one of Haverhill's first major shoe factories, and Sophia Ayer Elliot, a descendent of one of the first English settlers of Haverhill, by their daughters, Emma and Mary. The museum had been open for about 15 years at this time. Today, Ayer-Elliot Hall serves as the permanent exhibit space for the museum. It showcases over 375 years of Haverhill history, from domestic objects, decorative arts, furnishings, and military artifacts, to shoes and other items from Haverhill's shoe industry, as well as archaeological artifacts from the Frederick A. Luce Collection which date back thousands of years. 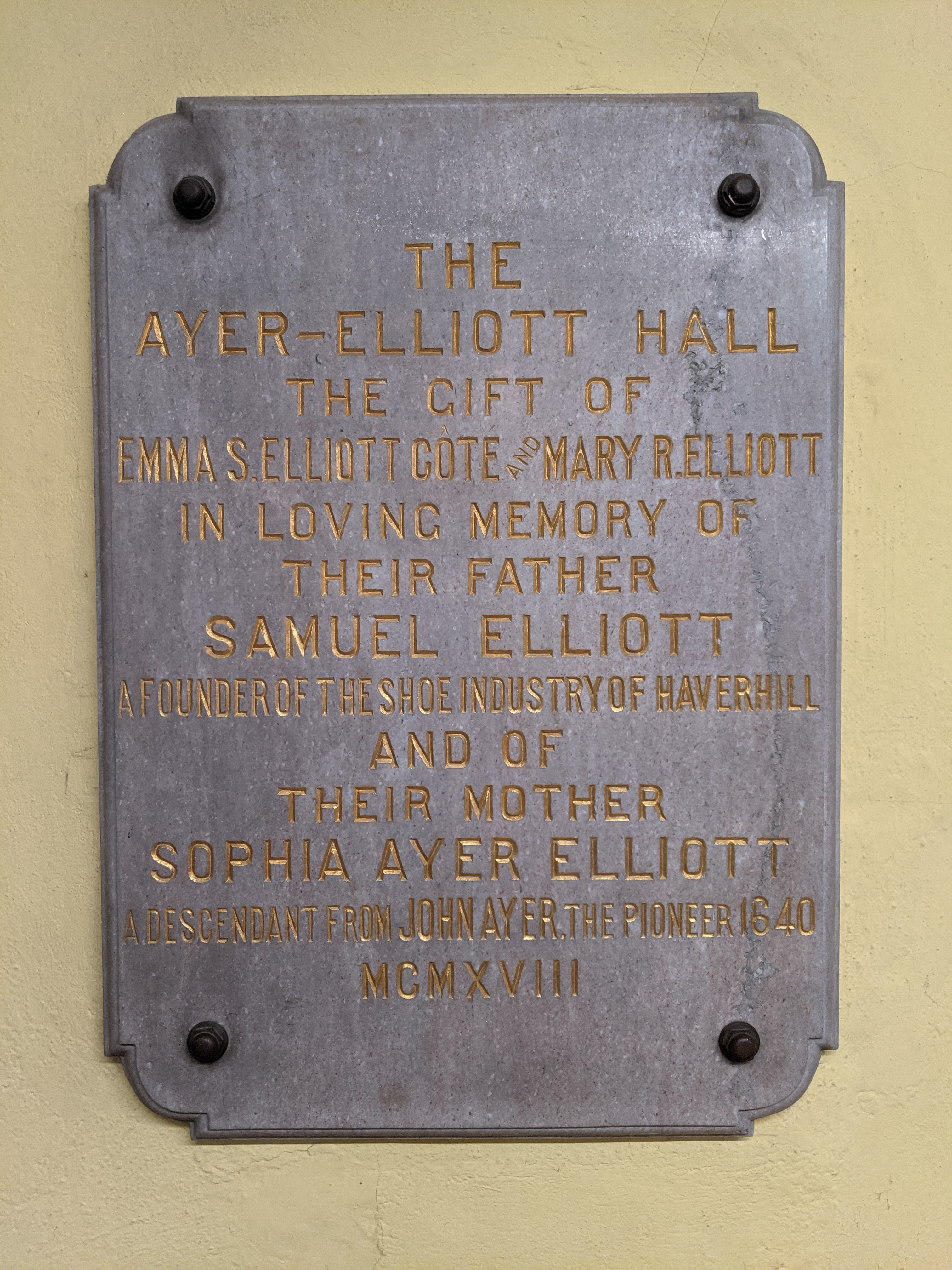 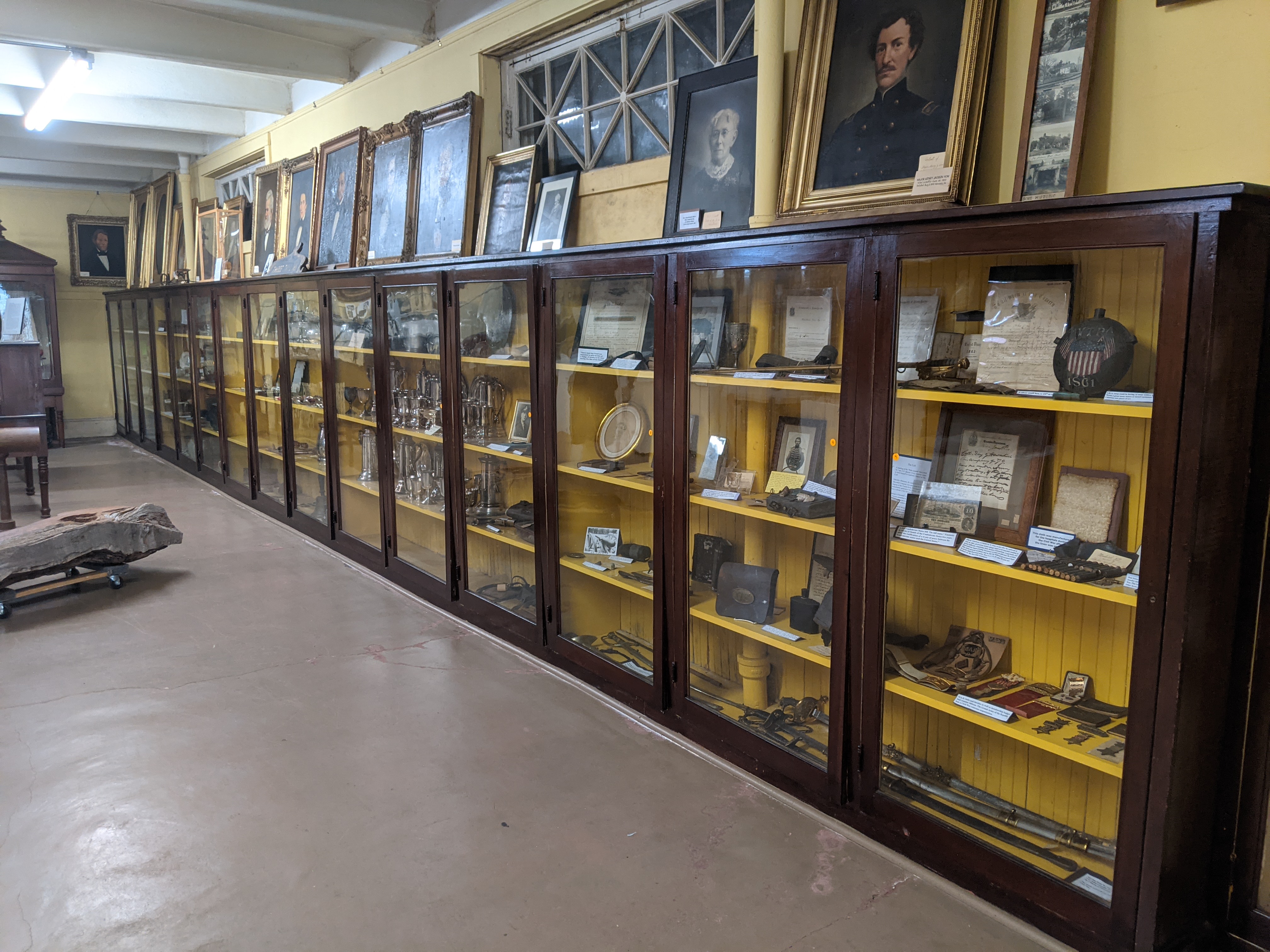 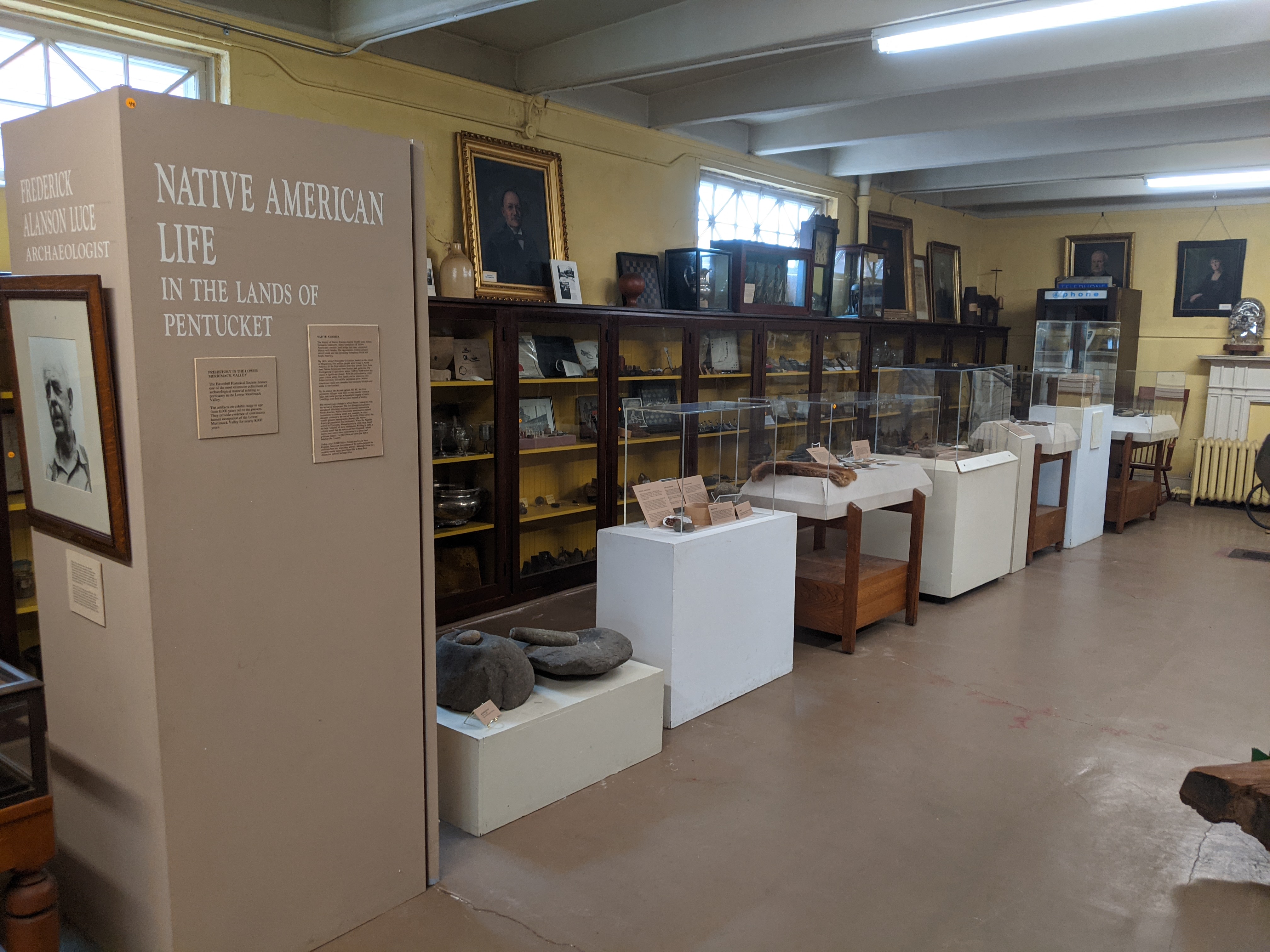 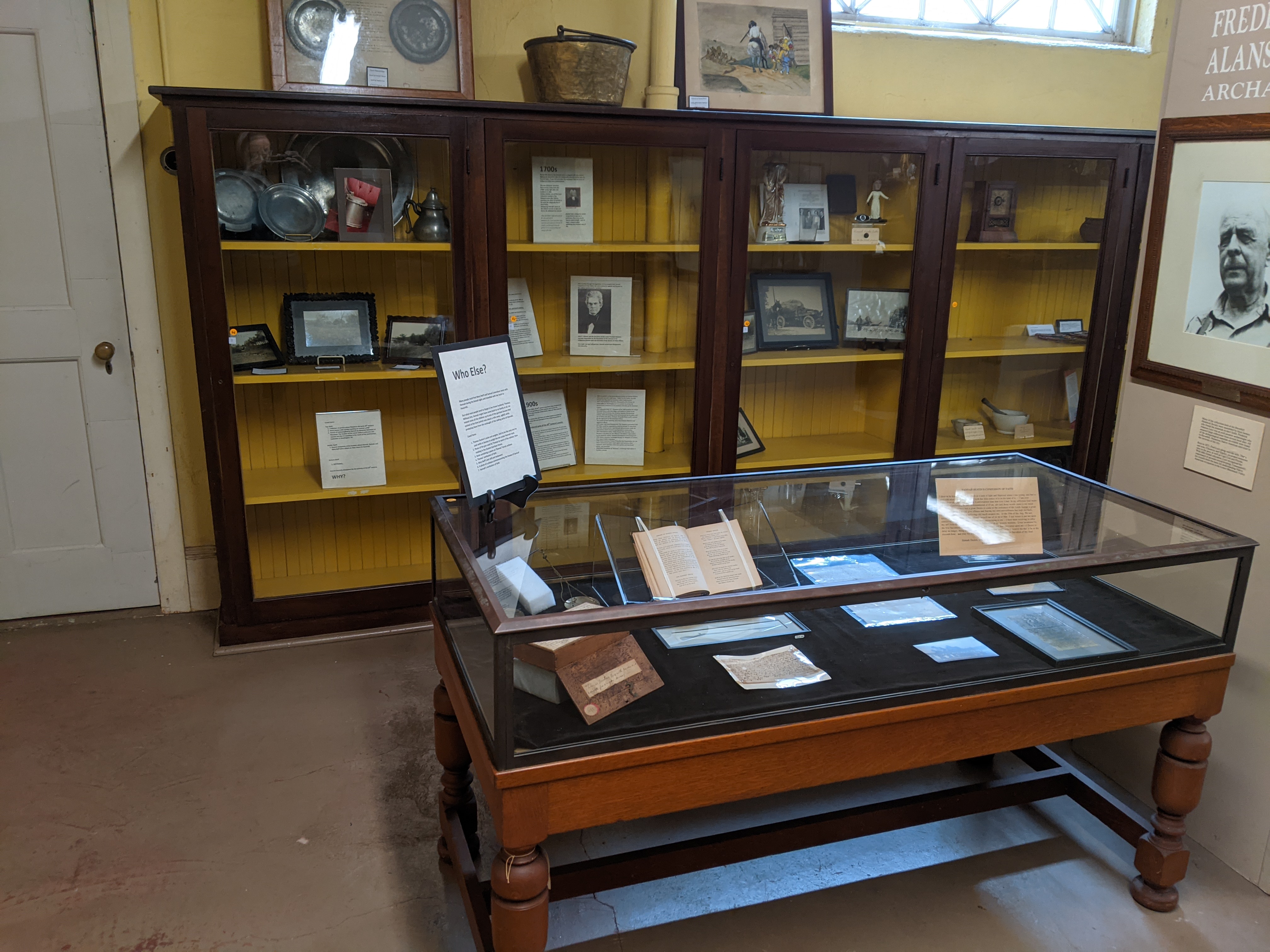 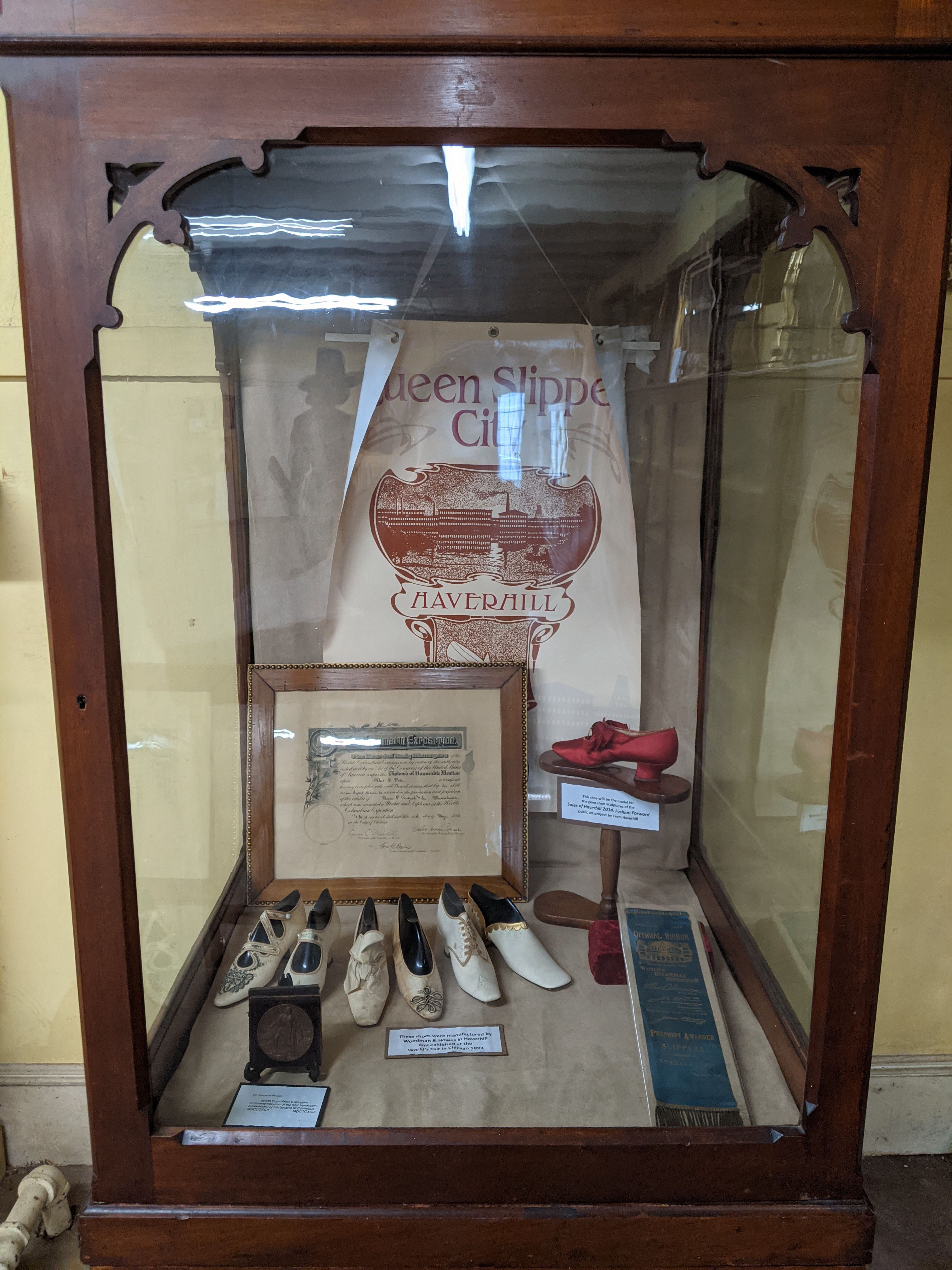 Ayer-Elliot Hall displays a broad range of artifacts from Haverhill's history, including, but not limited to: firearms, broadsides, tableware, fire safety equipment, dolls, toys, furniture, and other everyday items, primarily from the 18th and 19th centuries. Sitting atop the main display cases are numerous portraits of various prominent former Haverhillites.

There are also several subjects that recieve a more signficant amount of focus in the exhibit space.

This exhibit space is open to the public during normal museum hours.