During World War II, Major League Baseball was diminished due to many players being drafted and enlisting to go to war. This led to the formation of the All-American Girls Professional Baseball League (AAGPBL). Bigelow Field in Wyoming, Michigan, was the home of the AAGPBL's team the Grand Rapids Chicks. It was also the site of a variety of other entertainment and sports exhibitions in its brief history, including midget car racing, hymn sings, circuses, and fireworks displays. 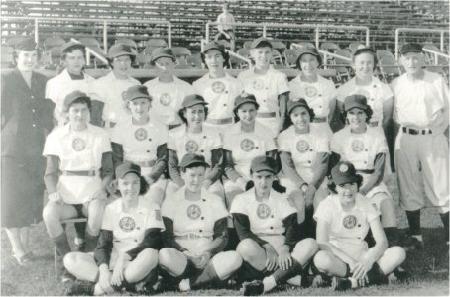 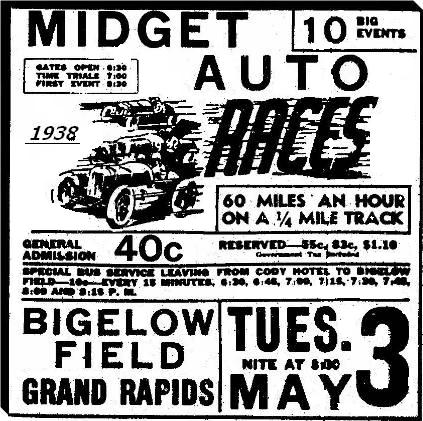 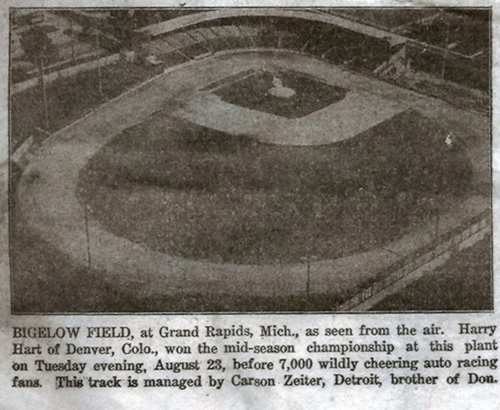 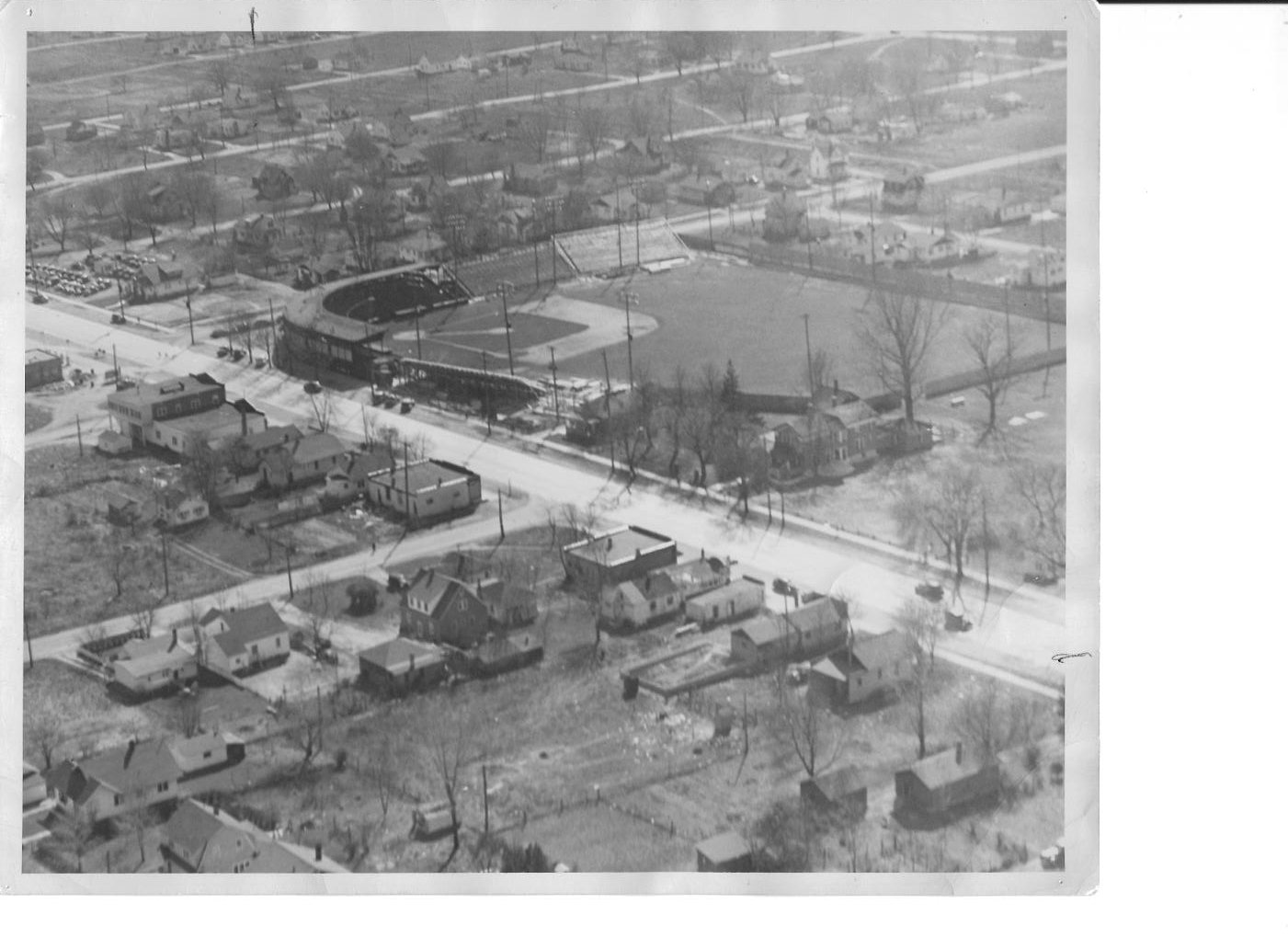 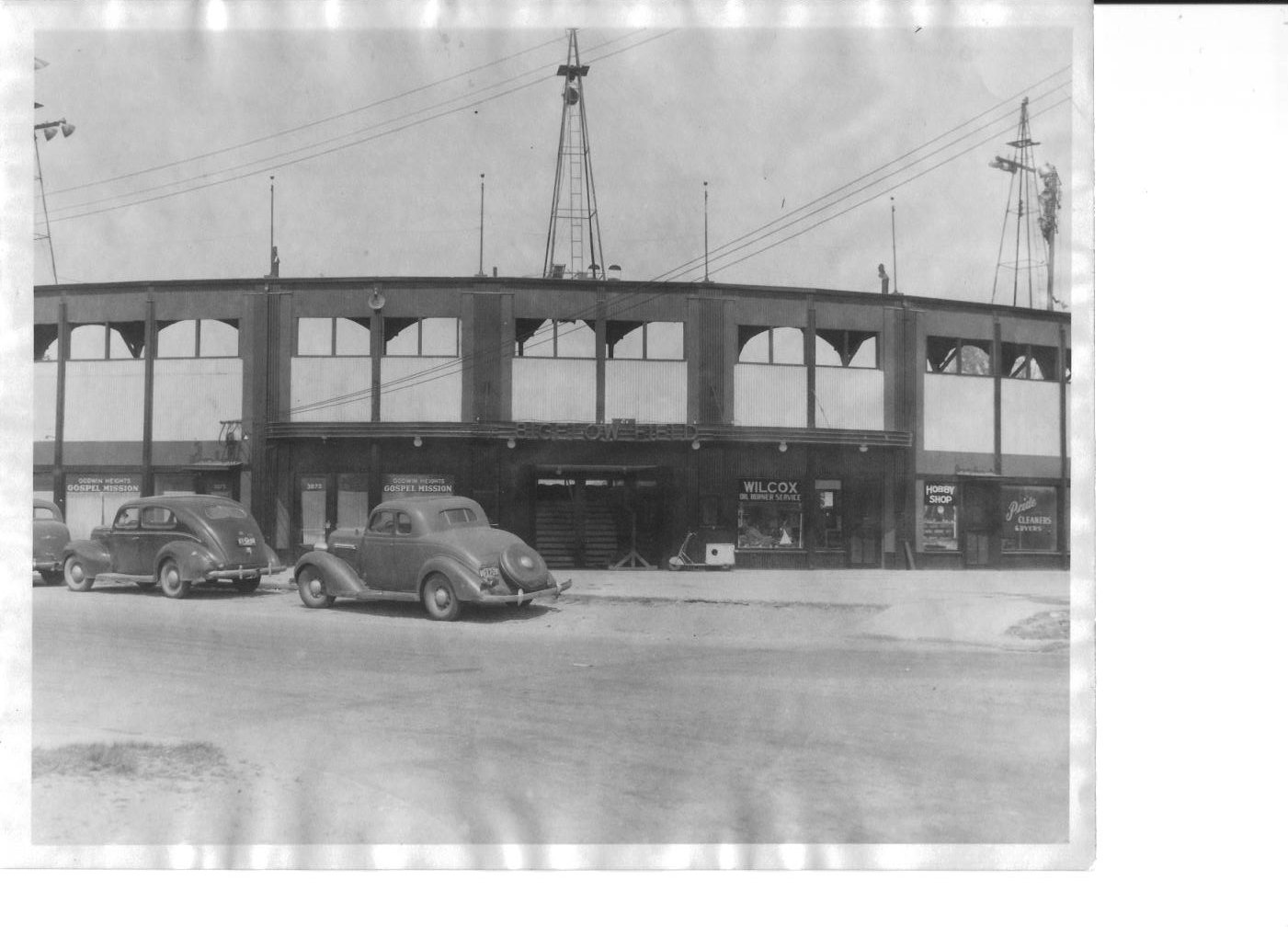 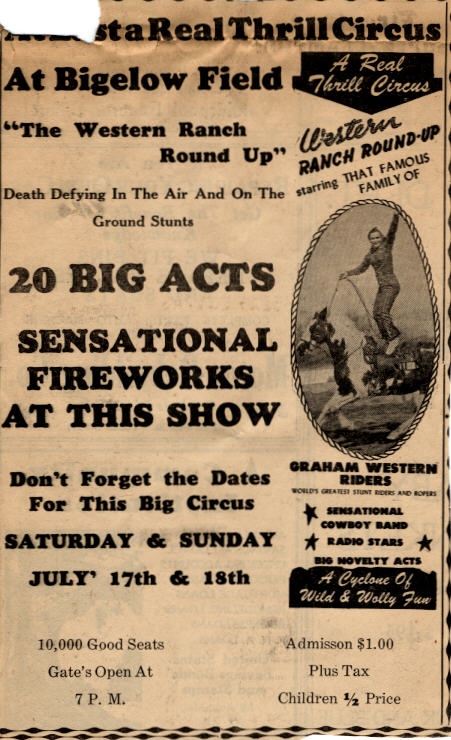 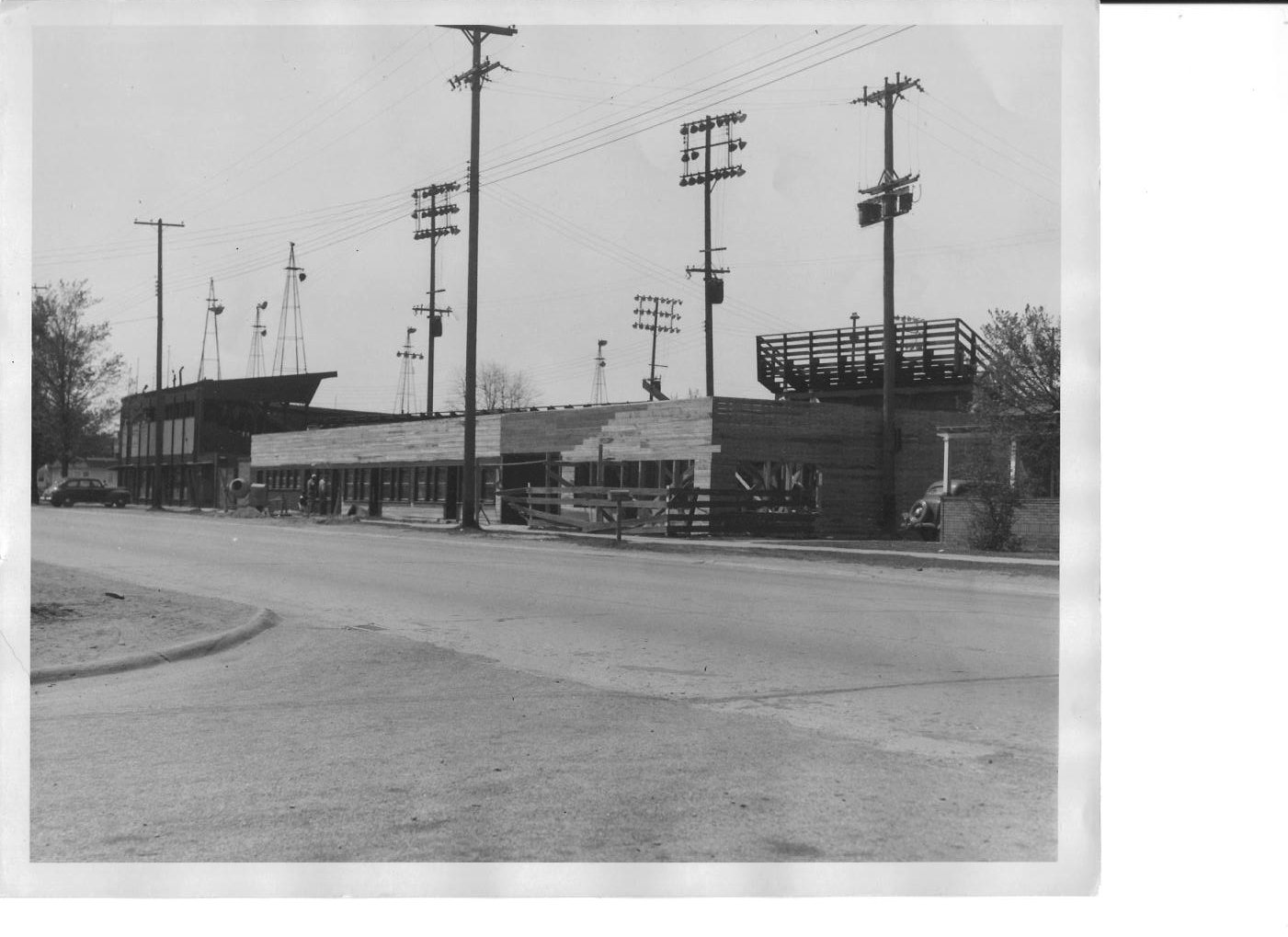 The site where Bigelow Field once stood is now the parking lot of a McDonalds in Grand Rapids. 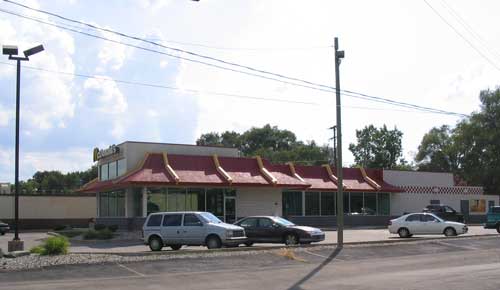 During World War II, Major League Baseball suffered dramatically with many baseball players being sent to war. Phillip K. Wrigley, the owner of the Chicago Cubs franchise at the time, got together with the team’s assistant to the General Manager Ken Sells to come up with a solution to save baseball. Sells, along with a committee designed to find this solution, came up with the idea for an all-girls professional softball league, later to be named the All-American Girls Professional Baseball League (AAGPBL) (Lesko). The home of one of the AAGPBL’s teams, the Grand Rapids Chicks, was Bigelow Field in Wyoming, Michigan. Although no longer standing, Bigelow Field had a very storied history in its short existence.

Bigelow Field stood at coordinates 42°53'38"N 85°39'58"W, which is now the northwest corner of the intersection of 39th Street and Division Avenue, from 1931-1952. Clarence Bigelow built the stadium in 1931 for his own amusement because of his childhood love of baseball. It was briefly the home of the AAGPBL’s Grand Rapids Chicks from 1950-1952, but was also the location for a variety of other athletic and amusement events including midget car racing, rodeos, hymn sings, circuses, firework displays, and was even flooded in the winters so it could be used as an ice skating rink (Former Site of Bigelow Field, 1937-1952). The field was lighted and able to hold a total of 10,000 occupants.

Throughout much of Bigelow Field’s existence, midget car racing drew some of the largest crowds. In 1938, the events only cost $0.40 to get in for a full day’s worth of entertainment. Some of the great midget car race drivers of the era raced there, including Art Hartsfield, Sam Hanks, Paul Russo, Tony Bettenhausen, Cowboy O’Rourke, Ronnie Householder, Henry Banks, and Duane Carter (“Bigelow Field”).

Before World War II, Bigelow Field hosted a string of big names that would likely have not come to the small town in Michigan without such a location for performances. The 1937 World Series-winning New York Yankees played at Bigelow Field on May 3, with greats like Joe DiMaggio and Lou Gehrig on the field. In 1938, Paul Whiteman and his orchestra also performed in the stadium (Former Site of Bigelow Field, 1937-1952). Baseball legend Satchel Paige pitched there in 1941 as a member of the Kansas City Monarchs, a Negro league team, seven years before his debut in the newly-integrated Major Leagues (“Satchel Paige”). In 1946, Bob Hope performed at Bigelow Field as well. The Grand Rapids Jets, a minor league baseball team, also played at Bigelow Field as part of the 1948-1951 Central League, a team that was managed by Milt Galatzer and Jack Knight (“West Michigan Whitecaps History”).

In 1950, the AAGPBL’s Grand Rapids Chicks made Bigelow Field their new home. They had previously played at South High School’s football field. In July 1952, the stadium caught fire, resulting in over $50 thousand dollars in damage to the field, destroying the grandstand, clubhouse, and storefronts as well as over $5,000 dollars in the Chicks’ baseball equipment. The stadium was not rebuilt, thus forcing the Chicks to return to South High School for the remaining two years of their existence. The last baseball game played at Bigelow Field was on July 16th, 1952.