Built in 1926, Shea's Buffalo Theatre opened at a time when the movie industry was booming and hundreds of movie palaces opened in cities across the U.S. While many of the downtown movie palaces built in the 1920s were elegant, the nearly $2 million Buffalo Theatre was one of the most opulent theaters of the era. The architects, C.W and George L Rapp, also designed New York's Paramount Theatre and Chicago's Oriental Theatre. They designed the Buffalo Theatre to resemble seventeenth- and eighteenth-century European opera houses. Unlike the vast majority of movie palaces that did not survive the twentieth century, Shea's remains a vibrant part of the Buffalo entertainment and social scene. 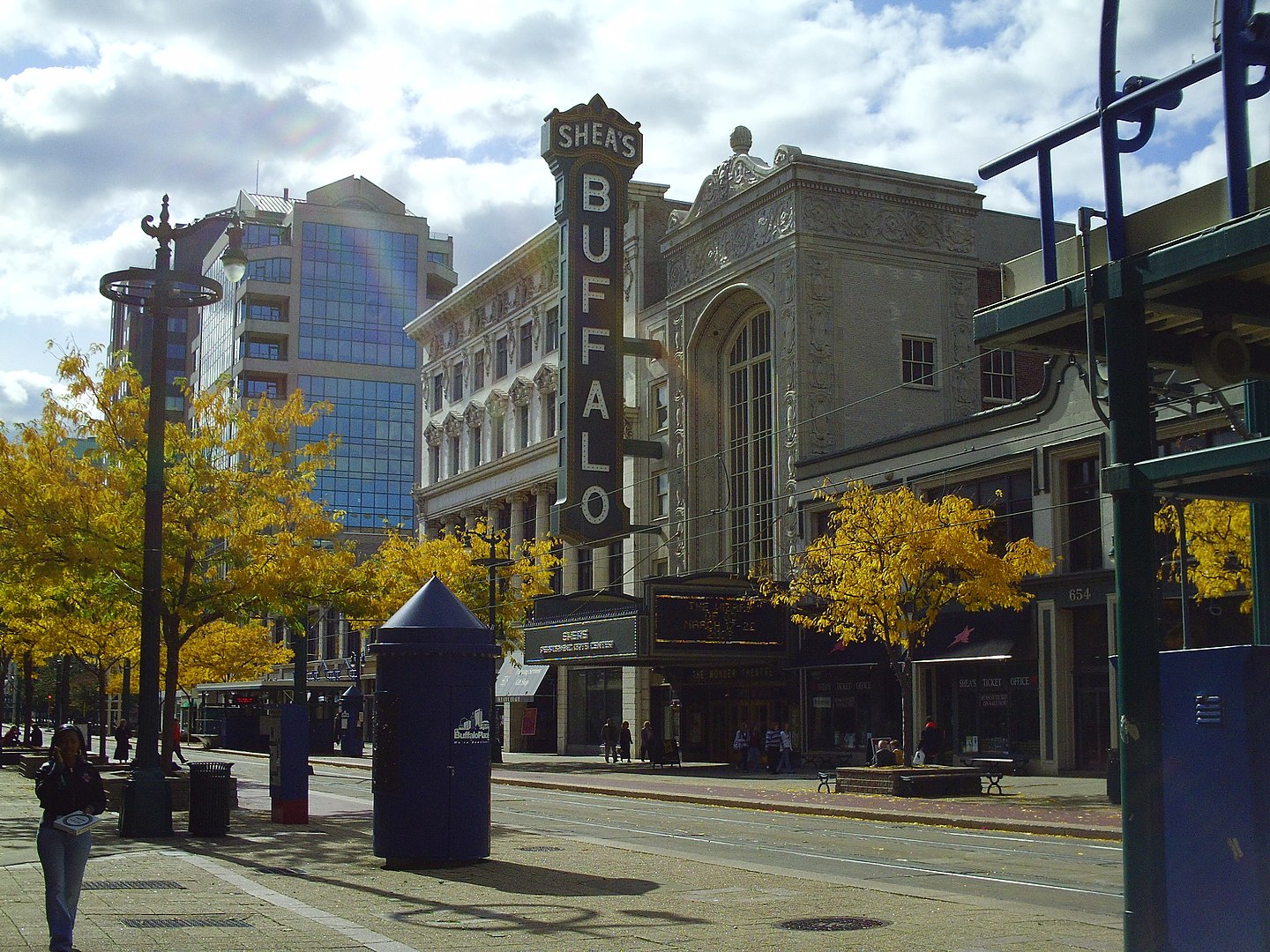 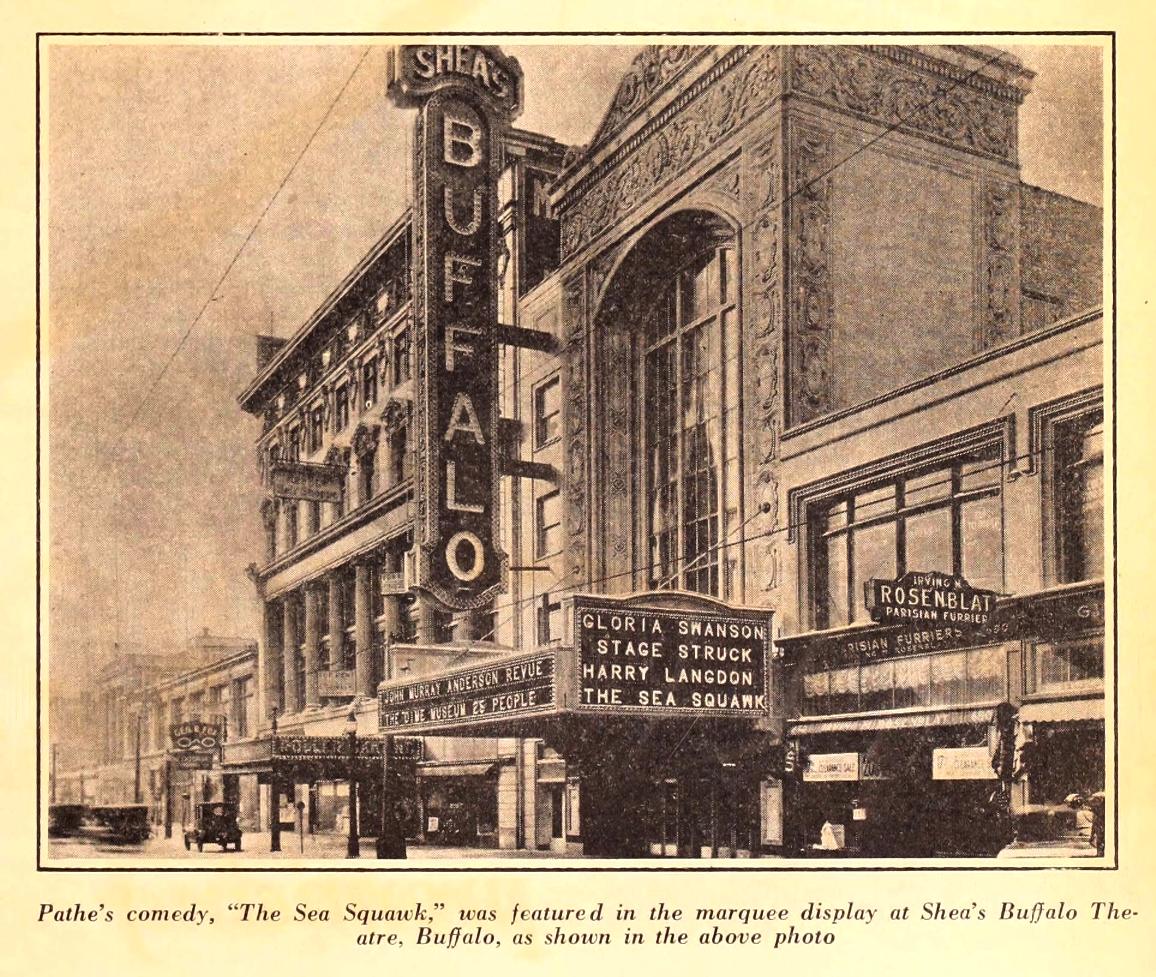 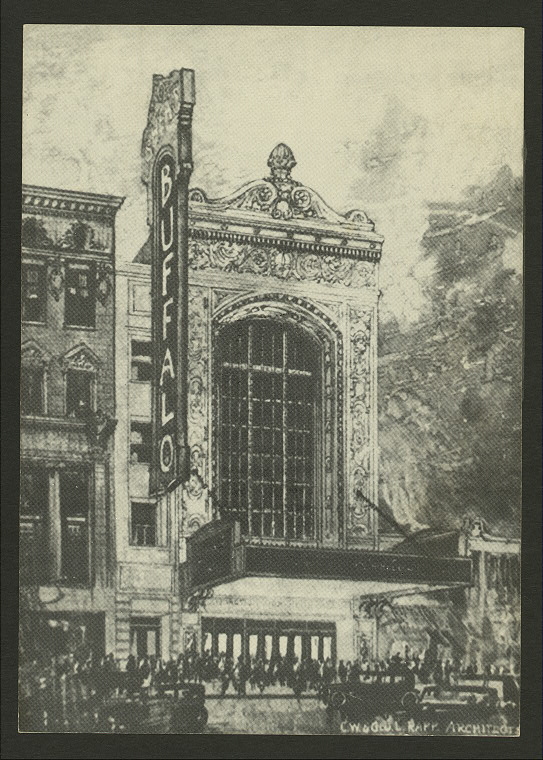 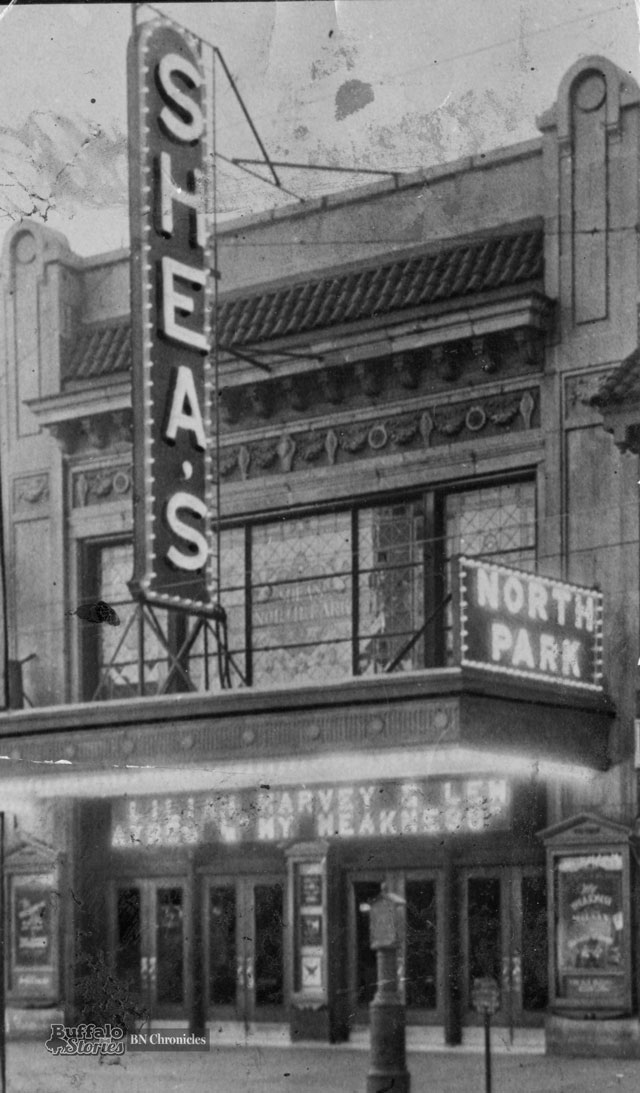 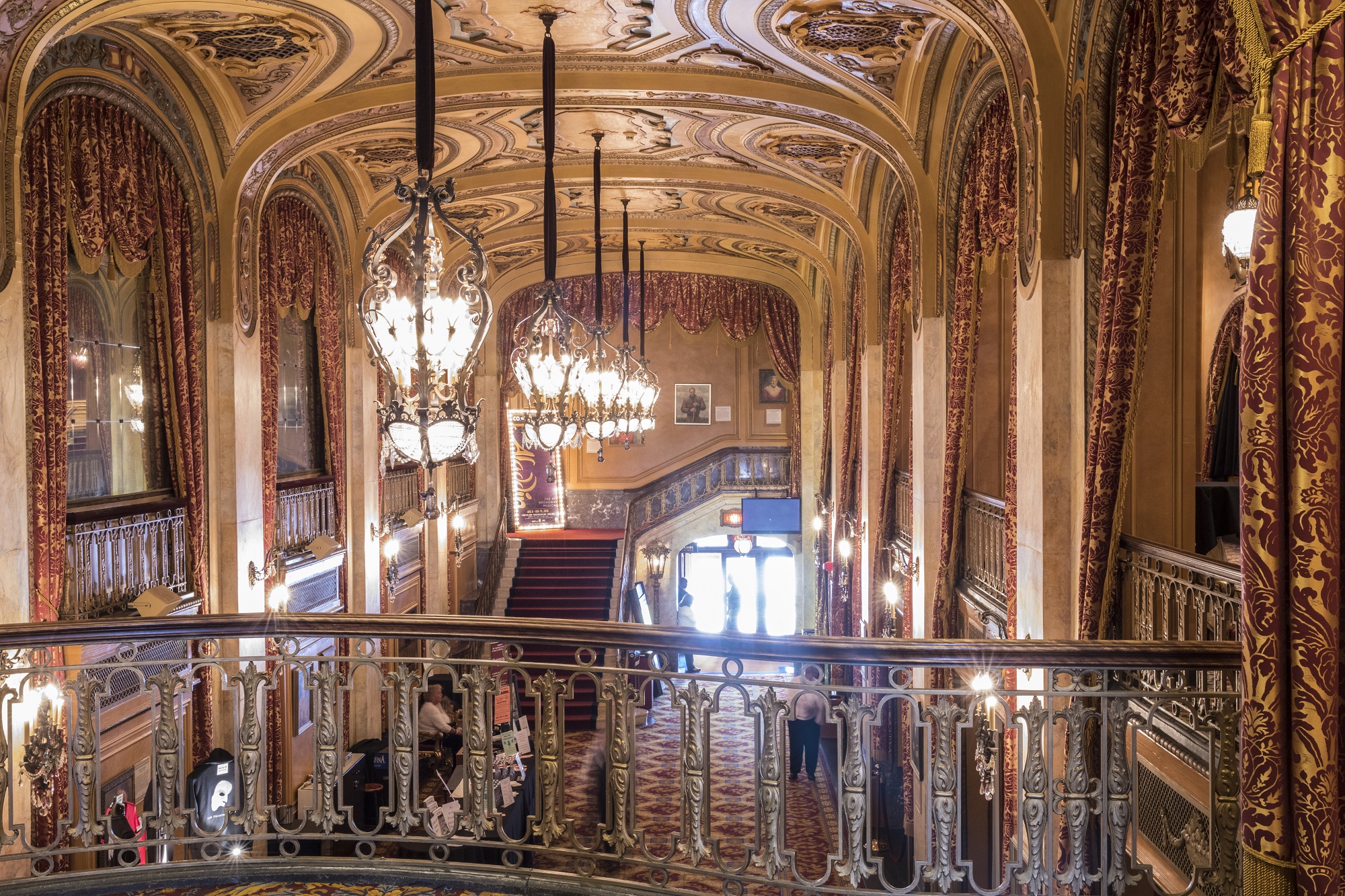 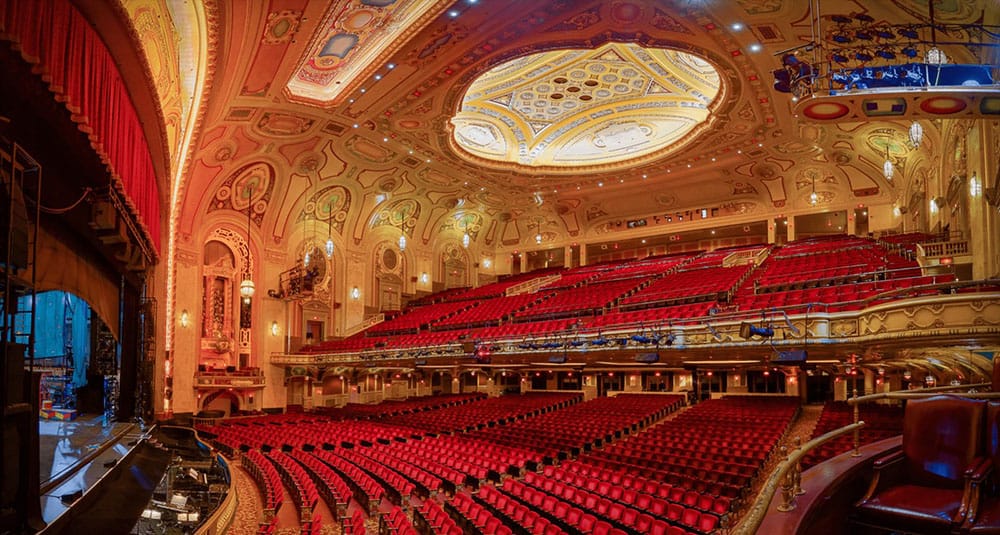 Shea's Buffalo Theatre, designed by C. W. and George Rapp, opened in 1926 during an era when grand theater palaces opened in cities throughout the nation. Movie palaces served as the antithesis to the previous decade's troubled times marked by a world war, a global pandemic, and civic unrest. The large theatres were also intended to signal the growth of a city, foster civic pride, and celebrate a region's robust economy and growth. The Buffalo Theatre's elegance included marble and mirrored interiors, upscale furniture, enormous Czechoslovakian crystal chandeliers, and the celebrated Wurlitzer theatre organ.

Michael Shea was a Buffalo native was born in 1859 to Irish-immigrant parents. His humble youth included working as a dock laborer and as a young man, he was a structural iron worker. He invested in the growing city he helped build with his two hands and rose to become the owner of theaters in Buffalo and Toronto. Shea spared no expense with the theatre that would bear his name and come to represent his city. He hired the famed theatre architects C. W. and George L. Rapp of Chicago, whose resume included New York's Paramount Theatre and Chicago's Oriental Theatre. The construction's final cost nearly hit $2 million (equal to $30 million in 2020).

An early brochure speaks to the grandness of the Buffalo Theatre: "There's room for all...We've made this theatre tremendous in size as well as overwhelmingly magnificent in decoration. It will hush you, aw you, stagger you." The Rapp brothers designed the theatre to resemble seventeenth- and eighteenth-century European opera houses and palaces. Rudolf Wurlitzer Co. provided the massive theatre organ consisting of pipes ranging from the size of a straw to thirty-two-feet long. The theatre initially accommodated nearly 4,000 patrons, but renovations during the Great Depression reduced that number by almost 1,000 seats. Despite the theatre's luxurious appearance, the Buffalo did not offer reserved seating, and the price of admission proved affordable to most economic classes (but almost exclusively for White residents as the city largely remained segregated).

The vast majority of movie palaces in the U.S. have been demolished or renovated beyond recognition. Still, the Buffalo Theatre has survived aging issues, struggling economies, the rise of multiplex cinemas, and foreclosures on the historic building. The Friends of Buffalo organization saved the theatre during the 1970s, including winning a decisive court battle against the Loews chain (who had operated the theatre since the 1950s). Loews had planned to gut the theatre and sell its contents. The Friends of Buffalo used government grants to fund a massive renovation and restoration of the theatre. As a result, the historic building reopened in the 1970s as an off-Broadway theatre venue. Today, it remains a vibrant part of the Buffalo entertainment scene, hosting everything from Broadway plays to big-name comedians to a wide range of live music shows. (Although, as of 2020, the theatre is closed due to the global COVID19 pandemic.)

Crisscrossing the heart of Buffalo in a mostly north to south pattern, this tour aims for efficiency as it takes the user to over two dozen landmark buildings, monuments, museums, and other sites that collectively help to tell the story of Buffalo.

This three-mile walking tour starts at the Old Post Office and St Paul's Cathedral and makes a loop through the heart of Buffalo. The tour works its way west and north with stops at landmark public buildings, early 20th-century theaters, former department stores, historic hotels, and other downtown landmarks. The tour turns back and returns near the starting place, concluding with Michigan Street Baptist Church and the Nash House Museum.