The "Brinkley Bridge," as it is unofficially named, replaced a historic bridge of the same name that collapsed in 1970. This original bridge, which was built in 1907 with wooden planks as the driving surface, came to the nation's attention in 1960 during the Democratic presidential primary (between John F. Kennedy and Hubert Humphrey) in West Virginia. The bridge was poorly maintained and known locally for the loud noise it produced when cars drove over it. The rest of the country learned about it when famous newscaster David Brinkley, who was in the state to cover the campaign, filmed a report about the bridge and put his microphone down to the floorboards to record the sound. Brinkley wanted to use the bridge as a symbol for the poverty of the Appalachian region. Although it is controversial whether this attention was positive or negative, it forever marked the bridge (and the new one) with the name, "Brinkley." 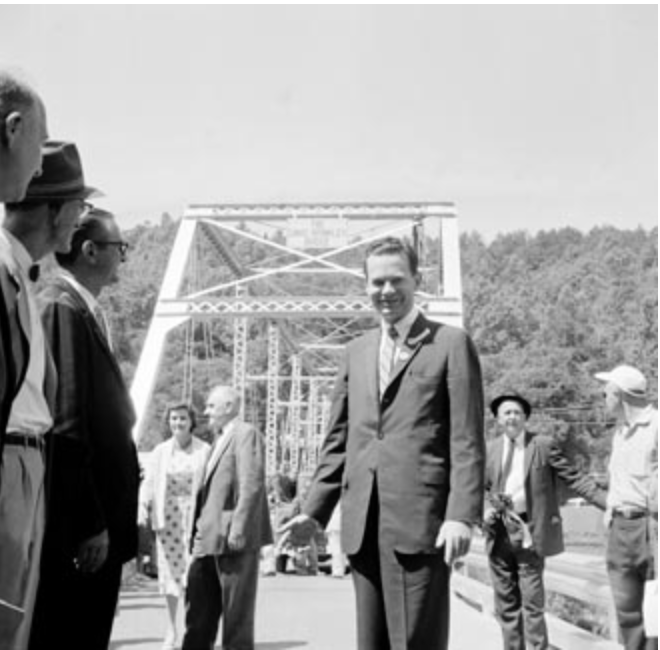 Brinkley Bridge after its collapse in 1970 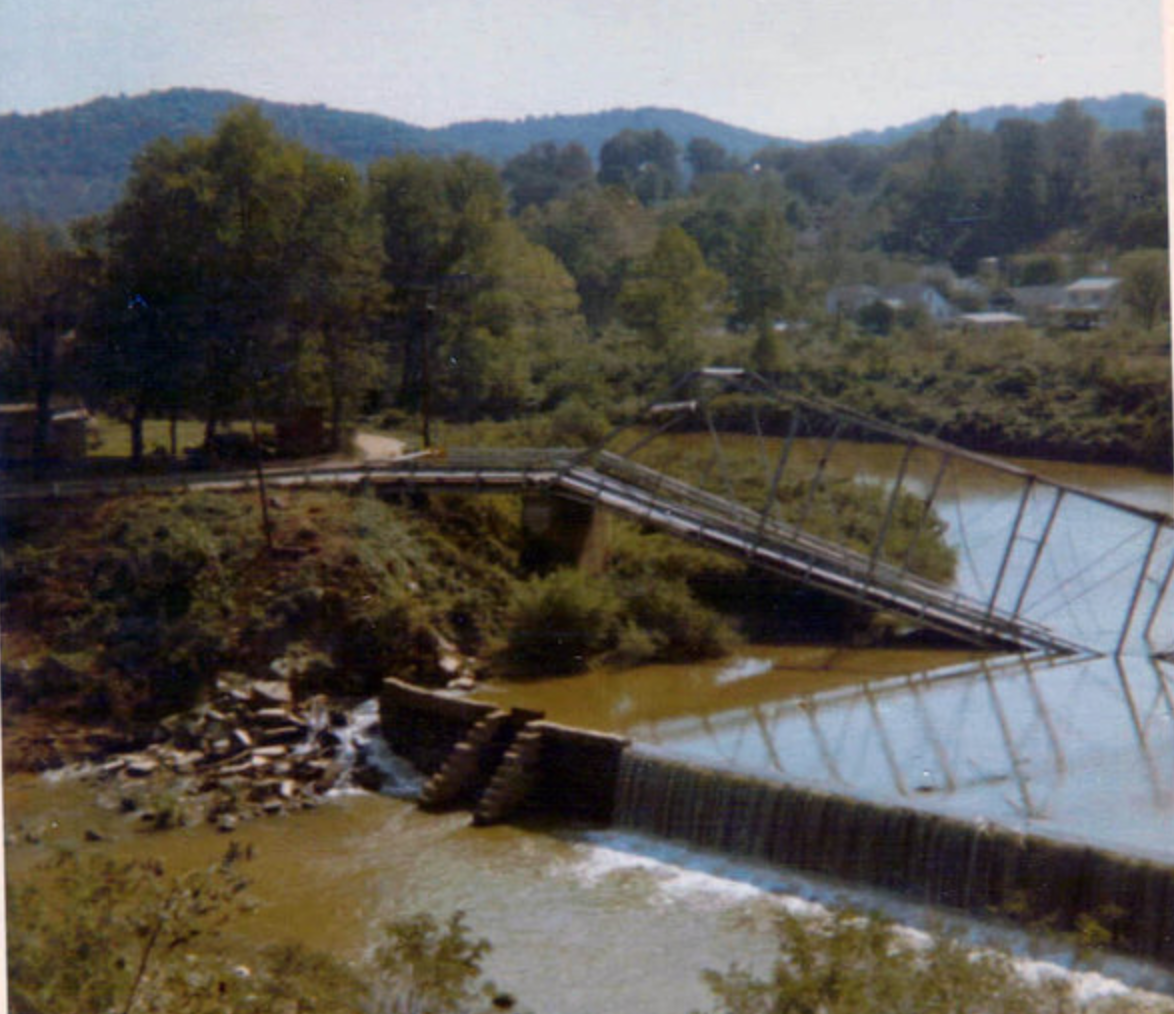 The new "Brinkley Bridge" in 2009 as it stands today 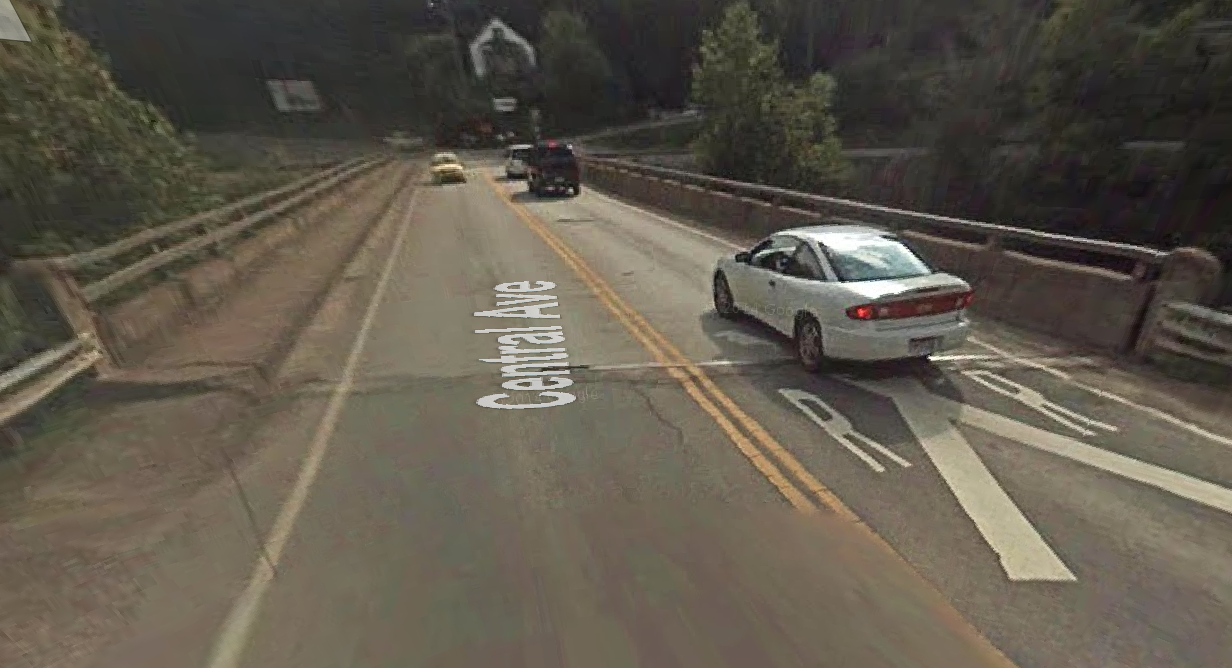 In 1907, the Wayne County Court of West Virginia ordered the construction of a bridge that would connect the northern side of the town of Wayne with Robert Scott Sansom's farm over Twelve Pole Creek. There the bridge stood for the next 50 years and was known as the Sansom Bridge. In April of 1960, Senator John F. Kennedy's democratic, presidential campaign trail led him to the small town of Wayne, West Virginia with the national media in tow.

David Brinkley, who was the co-anchor of the Huntley-Brinkley Report on NBC, came to Wayne to test the political waters and to report the conditions of the area. However, the Sansom Bridge attracted his and his crew's attention. As cars drove over the bridge, it creaked and rattled, and Brinkley described it as "the noisiest anywhere."  It made it onto Brinkley's news film and was broadcasted on NBC.

According to the Wayne County News, Brinkley reported the town as "a friendly, but dusty town, on the edge of poverty-stricken coal mining areas," which caused some upheaval from the town's residents, and West Virginia's governor felt he only portrayed Appalachia as a poor and rundown area.

After learning of the controversy he had caused, Brinkley issued an apology saying he never meant to offend anyone, and conveniently, the bridge soon got the facelift it needed. On June 17, 1961, the bridge was dedicated with a ribbon-cutting ceremony with David Brinkley as the guest of honor. The one-lane bridge was named after David Brinkley and stood for nine years.

On September 22, 1970 the bridge collapsed under the heavy load of a truck. The Dixie Bridge Company of Lexington, Kentucky began reconstruction in February of 1971. The new bridge was state-funded and cost $500,000. Brinkley did not attend the dedication of the new bridge, but Governor Arch Moore did. According to the Wayne County News, he stated that the new bridge would not bear the name "Brinkley" because of the embarrassment and bad press it had once brought to the area.

The two-lane 1971 bridge still serves as a main mode of transportation across the Twelve Pole Creek in the town of Wayne, and unofficially remains, "The Brinkley Bridge."