Also known as "Conrad's Castle," the Conrad-Caldwell House is one of the most stunning of Old Louisville's Victorian residences. The Richarsonian Romanesque design is considered the masterpiece of Arthur Loomis, a renowned local architect who worked at the firm of Clarke & Loomis. The house was built for Theophilus Conrad, a Frenchman (Alsace) who made his fortune in the tanning business, bought by the Caldwell family in 1907, and converted into the Rose Anna Hughes Presbyterian Home for forty years. Since 1897, the house has been a museum, under the care of the St. James Court Historic Foundation. In addition to offering tours five days a week, the Conrad-Caldwell House Museum hosts events, lectures, musical performances, and special exhibits. 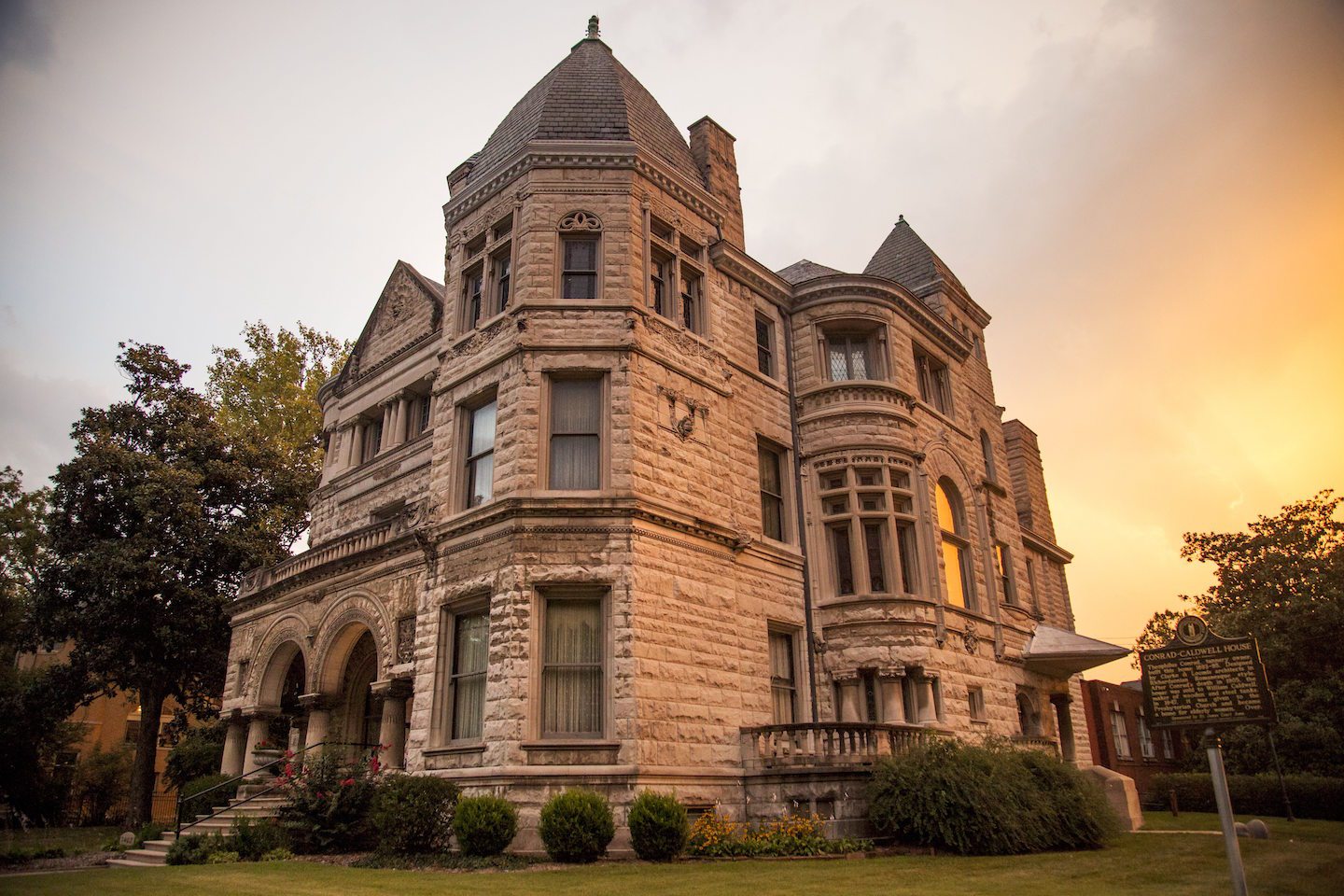 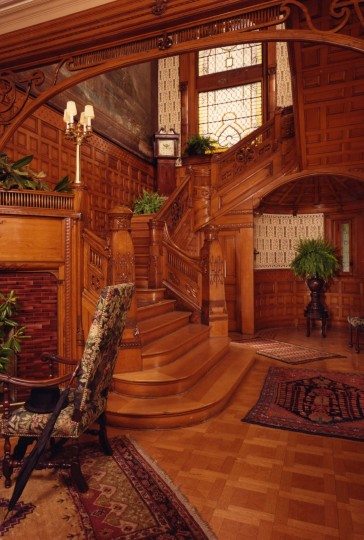 Another view of the entrance (image from official website) 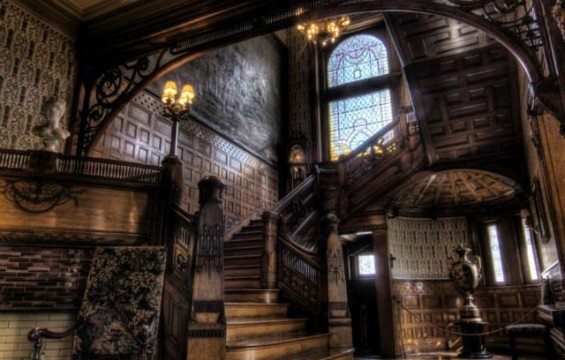 History of the House

Theophile Conrad was born into the wealthy family of Martin and Carolyn Conrad in Strasbourg, France, in 1832. Martin, a glue manufacturer, moved to join his brothers in Louisville in 1846, but Theophile stayed in Europe to complete his apprenticeship in a Paris tannery. After a few years of traveling, Theophile, too, joined the family in Louisville, working in his uncle's tannery. In 1857, he married Mary Anna Krieger, and began a family and a tannery of his own. The Conrad, Fabel, and Mooney Tannery, Conrad and Kamerer Glue Co., and Theophile's other business and real estate interests (including Third National Bank), earned sufficient income to allow the Conrads to build their opulent home in St. James Court beginning in 1893, with construction completed two years later.

Designed by famed local architect Arthur Loomis in the Richardsonian Romanesque style, Conrad's Castle boasted not only intricate stone design and woodwork, parquet floors, archways and gargoyles, and stained glass windows, but also indoor plumbing and electric lighting--luxuries in its day. The Bedford limestone residence cost $35,000 to construct. In 1905, only ten years after moving into the house, Theophile died of a heart attack at age 73, leaving everything to his wife and their four daughters. Mary Conrad sold the house in 1908 to family friends, the Caldwells, who had previously rented the Conrads' home on 2nd Street upon completion of the "Castle".

William Caldwell (1858-1938), an upstate New York engineer and graduate of Cornell and Northwestern Universities, had moved to Louisville with his wife, Elaine Ray Caldwell, in 1887 to rebuild the Hermitage Distillery. He patented a process for building wooden and steel tanks and established the W.E. Caldwell Company (still in operation today as the Caldwell Tank Company, its best known creations being the Slugger Bat at Louisville's Slugger Museum, the giant bottle topping the Brown-Forman Distillery, and the Mickey Mouse ears at Disney World). The Caldwells bought the house fully furnished, but hired interior designers from New York and the local firm Bittners, making changes and additions to the furnishings.

The Caldwell children, Walter (b. 1885) and Grace (b. 1889), were already grown by the time the family moved into the Conrad House, but the family lived together there. Grace had been deafened by Scarlet Fever during her childhood, and lost her husband to pneumonia in 1924. Walter, who continued his father's business, married Gertrude Brownell and had two children, Virginia and Gordon. Walter and Grace's mother, Elaine, died just a year after Grace's husband, and William remarried five years later. After his death in 1938, Walter and Grace sold the house to Vesta Lasley in 1944, when it became a boarding house for female students and faculty of the University of Louisville. Four years later, the Presbyterian Church either bought or were given the building (sources differ) in order to establish the Rose Anna Hughes Home for Widows.

When the Home outgrew the Castle in the 1980s, St. James Court residents purchased the house and established a non-profit historic foundation  to maintain the home as a museum. The Conrad-Caldwell House was restored to the Edwardian period, with some of the original pieces still in place. Along with tours offered five days a week, the house museum offers special events, lectures, musical performances, and exhibits such as Louisville’s Industrial Expositions 1872-1887,  featuring The Louisville Industrial Exposition of 1872-1882 and the The Southern Exposition of 1883-1887.