The Rocky Statue and Steps

The 72 stone steps before the entrance of the Philadelphia Museum of Art in Philadelphia, Pennsylvania have become known as the "Rocky Steps" as a result of their appearance in the triple-Oscar-winning film Rocky and four of its sequels, Rocky II, III, V and Rocky Balboa, in which the eponymous character runs up the steps to the song "Gonna Fly Now". The statue of Philly boxer Rocky Balboa is located at the bottom of the stairs, and was created by A. Thomas Schomberg in1980. The Rocky Statue and the “Rocky Steps” are two of the most popular attractions in Philadelphia. 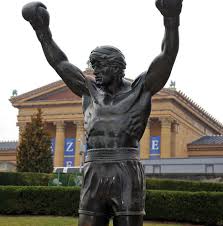 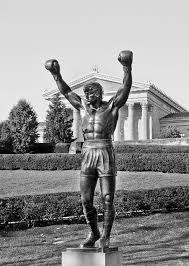 Actor Sylvester Stallone in front of the Rocky Sculpture. 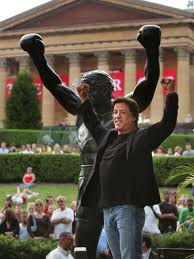 The fictional Rocky Balboa of Sylvester Stallone’s Rocky movies was immortalized in bronze in 1980. After filming for the movie completed, Stallone donated the statue to the City of Philadelphia. 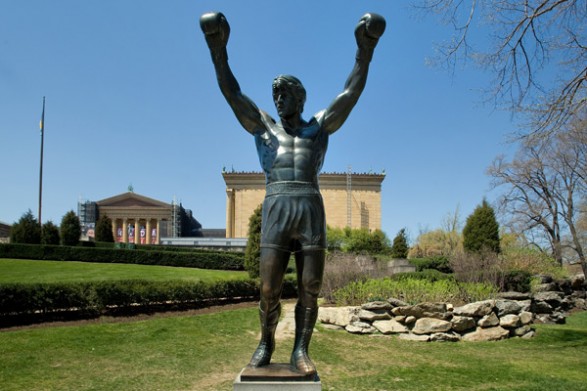 The Rocky Steps were immortalized in the 1976 movie 'Rocky,' when Sylvester Stallone famously ran up them and raised his arms triumphantly at the top. Photo by su1droot - Flickr. Licensed under CC BY 2.0 via Wikimedia Commons. 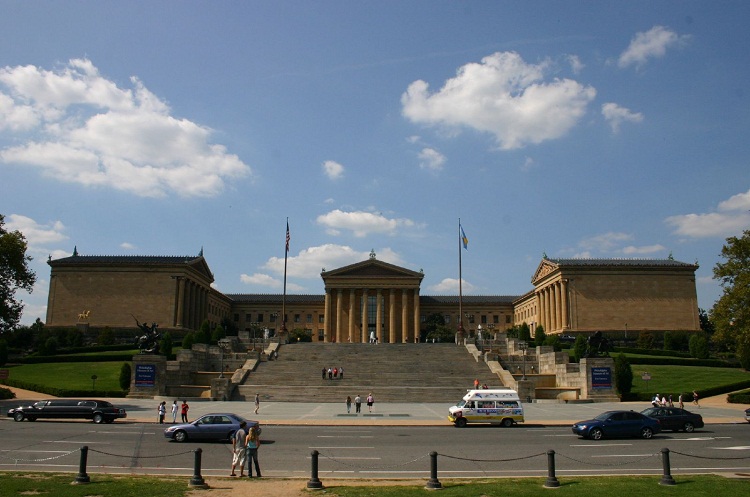 Beginning with the Oscar winning film Rocky in 1976, the steps became widely known as The Rocky Steps after they played a significant role in a popular Philadelphia-based six-movie series. In a now-legendary scene from the first Rocky film, the title character, Rocky Balboa (played by Sylvester Stallone), finishes a grueling training run by ascending the steps’ daunting heights and exulting at the top, arms raised triumphantly, to the tune of “Gonna Fly Now”. The Rocky steps appeared in a four of five sequels.

Before Rocky III, released in 1982, Stallone commissioned A. Thomas Schomberg to create a bronze statue of Rocky. After filming for the movie completed, Stallone donated the statue to the City of Philadelphia. The statue is located at the bottom of the outside stairs at the Philadelphia Museum of Art—the famous steps Stallone was filmed running up and down. Gaze at the vista of the city from the majestic building.

Rocky was the first sports film to win an Academy Award for Best Picture. In 2006 it was ranked fourth on the American Film Institute’s 100 Most Inspiring Movies of All Times.

The Rocky Statue and the Rocky Steps Read more: http://www.visitphilly.com/museums-attractions/philadelphia/the-rocky-statue-and-the-rocky-steps/