The Massachusetts State-house in Boston. 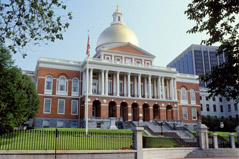 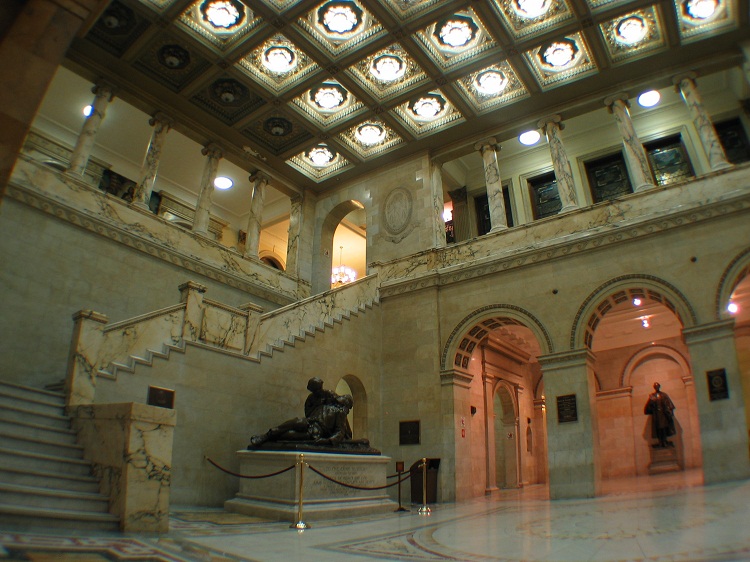 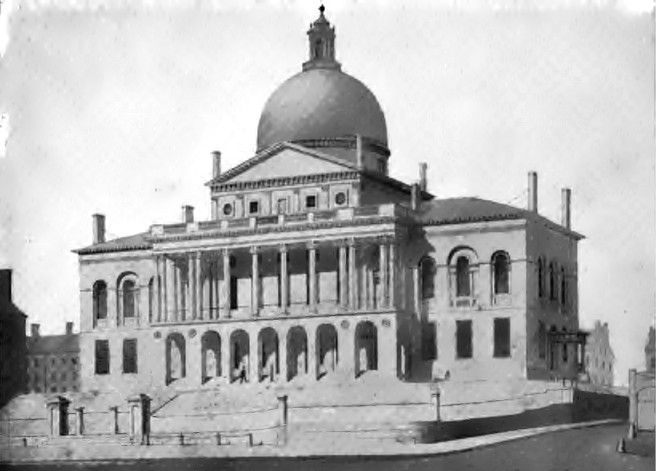 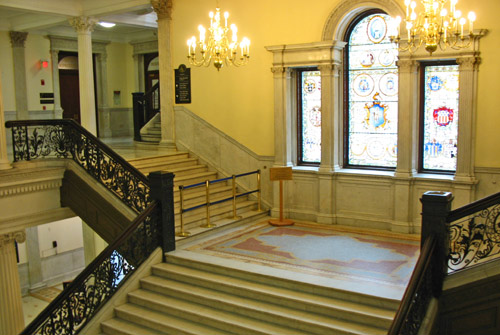 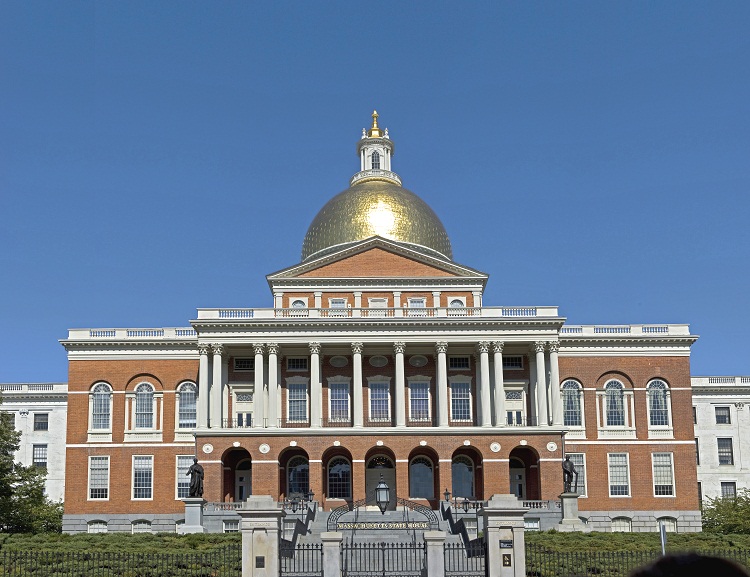 Probably the most brilliant work of the Boston architect Charles Bulfinch, later one of the architects of the Nation’s Capital, the Massachusetts State House is a superb example of Federal-period civic architecture. Its lines reflect the influence of English architects such as Gibbs, Wren, and Jones, and beyond them to the architects of ancient Rome. From the late 1790s to the present, the statehouse—considered by Oliver Wendell Holmes to be "the hub of the solar system"—has been the seat of the Massachusetts government, and it commemorates the stirring history of the Bay State.

In February 1795 Gov. Samuel Adams approved the resolve of the Massachusetts General Court adopting Bulfinch's design for a new state house. In July the Governor, assisted by Paul Revere, Grand Master of the Grand Lodge of Masons, laid the cornerstone—hauled to the site on a wagon drawn by 15 white horses representing the States of the Union. Bulfinch closely supervised all phases of construction. In 1798 the General Court occupied the uncompleted building, and within the next 2 years the rest of the Massachusetts government relocated from the old state house to the new one. When completed, the building, of red brick in Flemish bond and having white marble lintels and keystones, measured 172 by 65 feet. In 1802 Paul Revere and Son covered the dome, 53 feet in diameter and rising 155 feet, with copper; in 1861 it was gilded and in 1874 covered with gold leaf.

Major modifications to Bulfinch's design over the years include the construction of a basement and the erection of white marble wings extending to the rear on both sides of the building. During the years 1896-98 the building was fireproofed by the addition of steel beams. Despite these changes, made primarily to accommodate the growing functions of the Massachusetts government, the major part of the building reflects Bulfinch's genius. Surviving interior features designed by Bulfinch include the Doric Hall, the old Senate Chamber, the old House Chamber, and the Council Chamber. The present lantern cupola is a reproduction of the original. On display in the building are various memorial paintings and statuary, Massachusetts battle flags from the Civil War through World War II, and other exhibits. The statehouse is still used by the State government and is open to the public. In the Hall of Representatives hangs the Sacred Cod, the State emblem symbolizing a vital industry.