The Pabst Theater is one of the few oldest, continuously operating theaters in the United States. It was built in 1895 by brewing magnate Frederick Pabst and designed by architect Otto Strack in a baroque or Italian renaissance style. Interesting features include an Austrian chandelier, which is comprised of 30,000 crystal pieces, a staircase made of Italian Carrara marble, and a proscenium arch over the stage that is covered in gold leaf. The theater was advanced for its time in terms of acoustics, staging, fireproofing and other characteristics. It is a City of Milwaukee Landmark, a State of Wisconsin Historical Site, and in 1991 it was designated a National Historic Landmark. As the oldest theater in the city's theater district, it is often described as the "Grand Olde Lady".

View of the theater in the evening 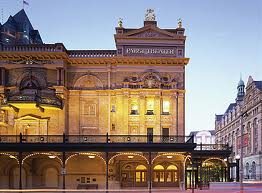 Interior of the theater 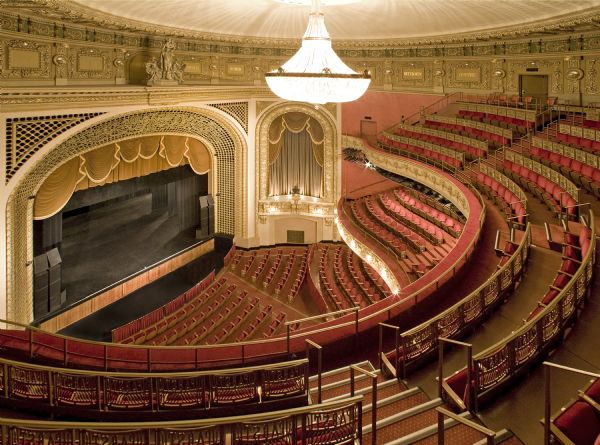 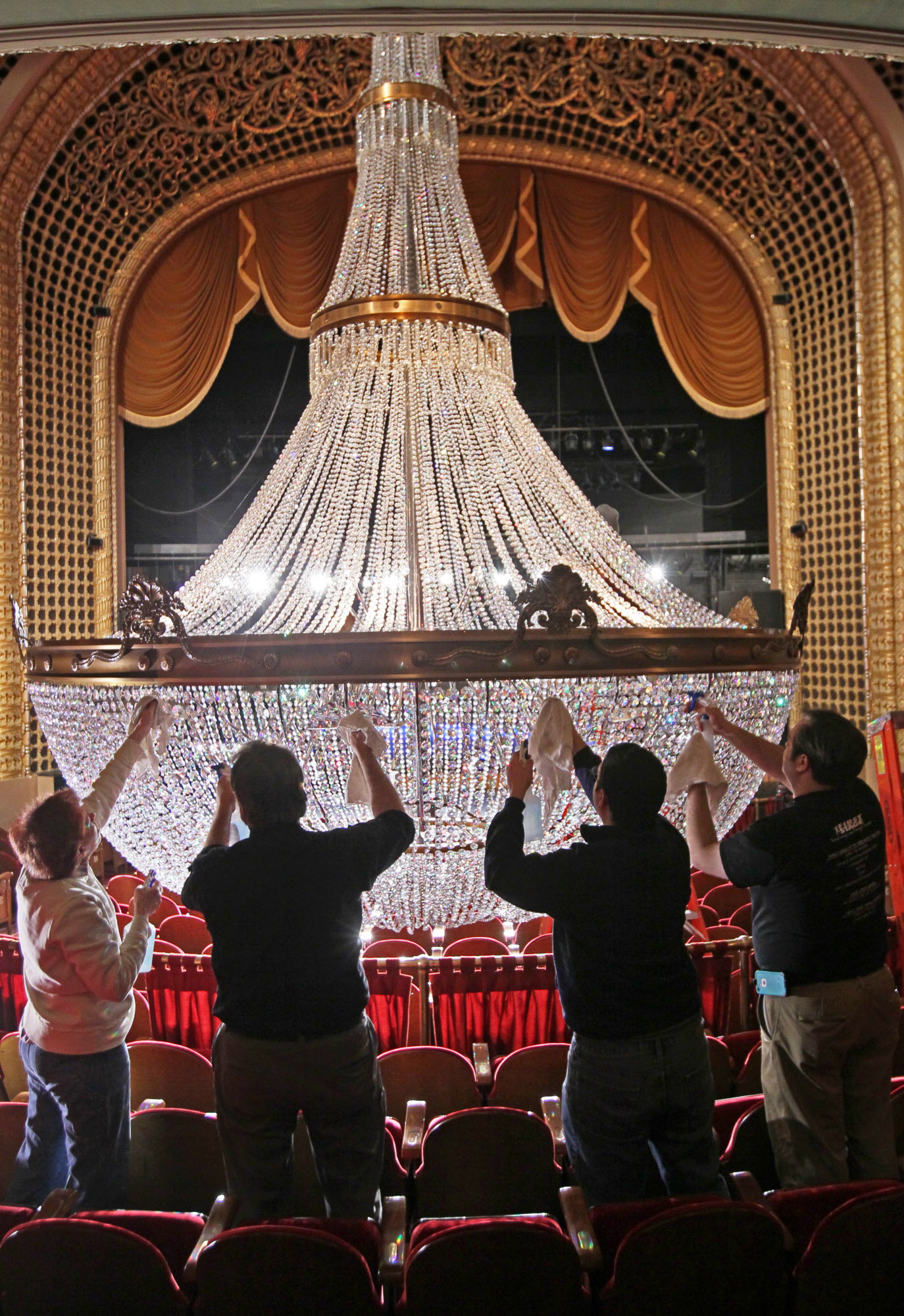 Exterior view of the theater 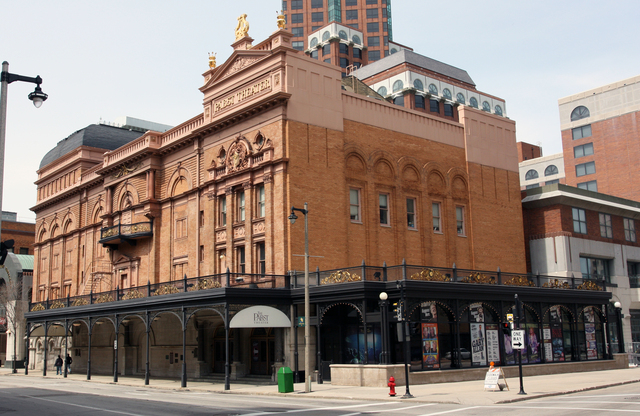 The theater was built in 1895 after a very fast 11-month construction. In 1890, a fire burned down a previous theater, also built by Frederick Pabst and at the same location, called "The New German City Theater". Pabst, who was on vacation in Europe, immediately ordered the construction of a new theater upon hearing the news.

The new theater included innovations that would soon become standard features such as a nearly fireproof superstructure made of cast iron and concrete. The theater also included a fire curtain that would protect the gallery from a fire on stage, a feature that would provide plenty of time for theater-goers to safely exit the facility. The building also incorporated semi-cantilevered construction for the balcony and gallery which eliminated the need for columnns—which was a common feature in theaters during that time—and allowed for unobstructed views of the stage. The theater became the first in the city of Milwaukee to have a backstage that featured a complete and permanent counterweight system to lift scenery and draperies. It was also the first in theater in the United States to use an all-electric light system.

The first renovation of the theater took place in 1928 and it was later restored to its original style in 1976. It has a hydraulic orchestra pit, enabling the theater to host all kinds of shows including plays, operas, dances, and all kinds of musical acts from classical to rock. In 1989 it became connected to the new Milwaukee Center, which has an office tower, a hotel, and a newer venue called The Reparatory Theater. In 2000, the theater underwent another round of renovations which installed new cushioned seats to replace the wooden ones in the gallery, elderly and handicap access, a new ventilation system, and more bathrooms. In 2001, the lobby was expanded to include Cudahy's Irish Pub, which is open before events and during intermissions.