The Newlin Grist Mill and the surrounding 160-acre park is a place for exploration of both history and the environment. The site features a working grist mill, offers public history and nature programs, and includes over eight miles of walking and hiking trails. Whether you are involved in preservation, education, outdoor recreation, or just relaxing, there is something for you. 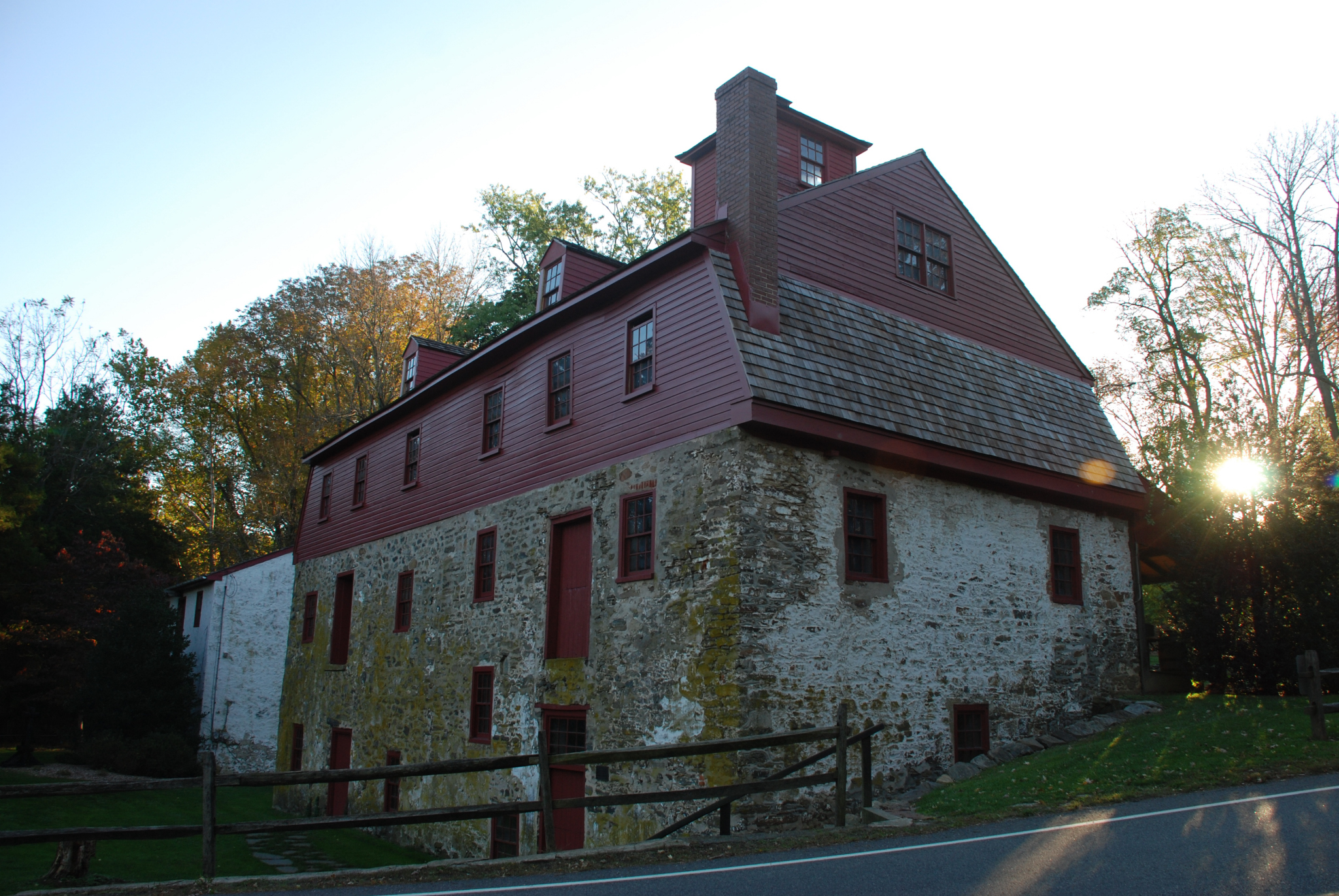 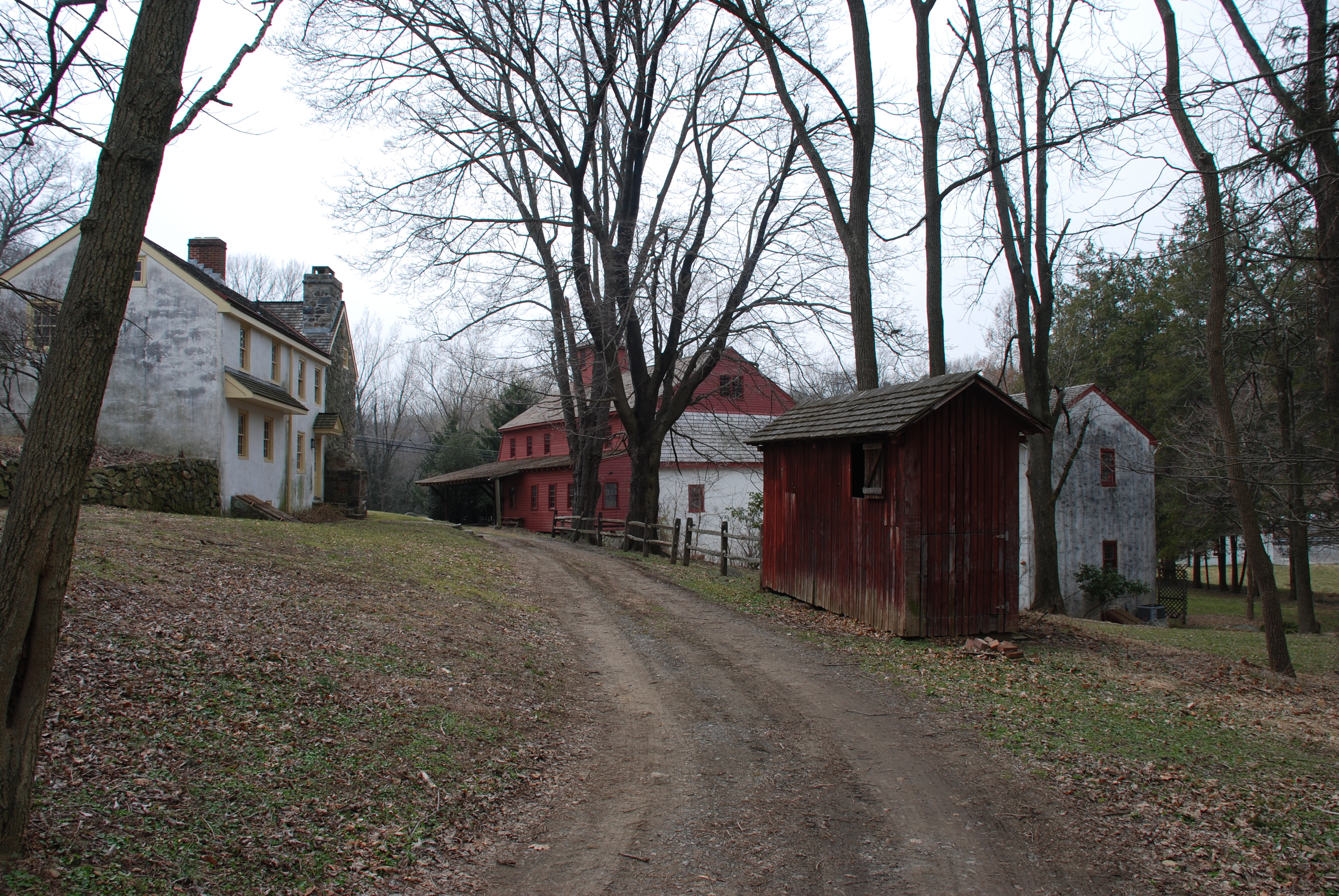 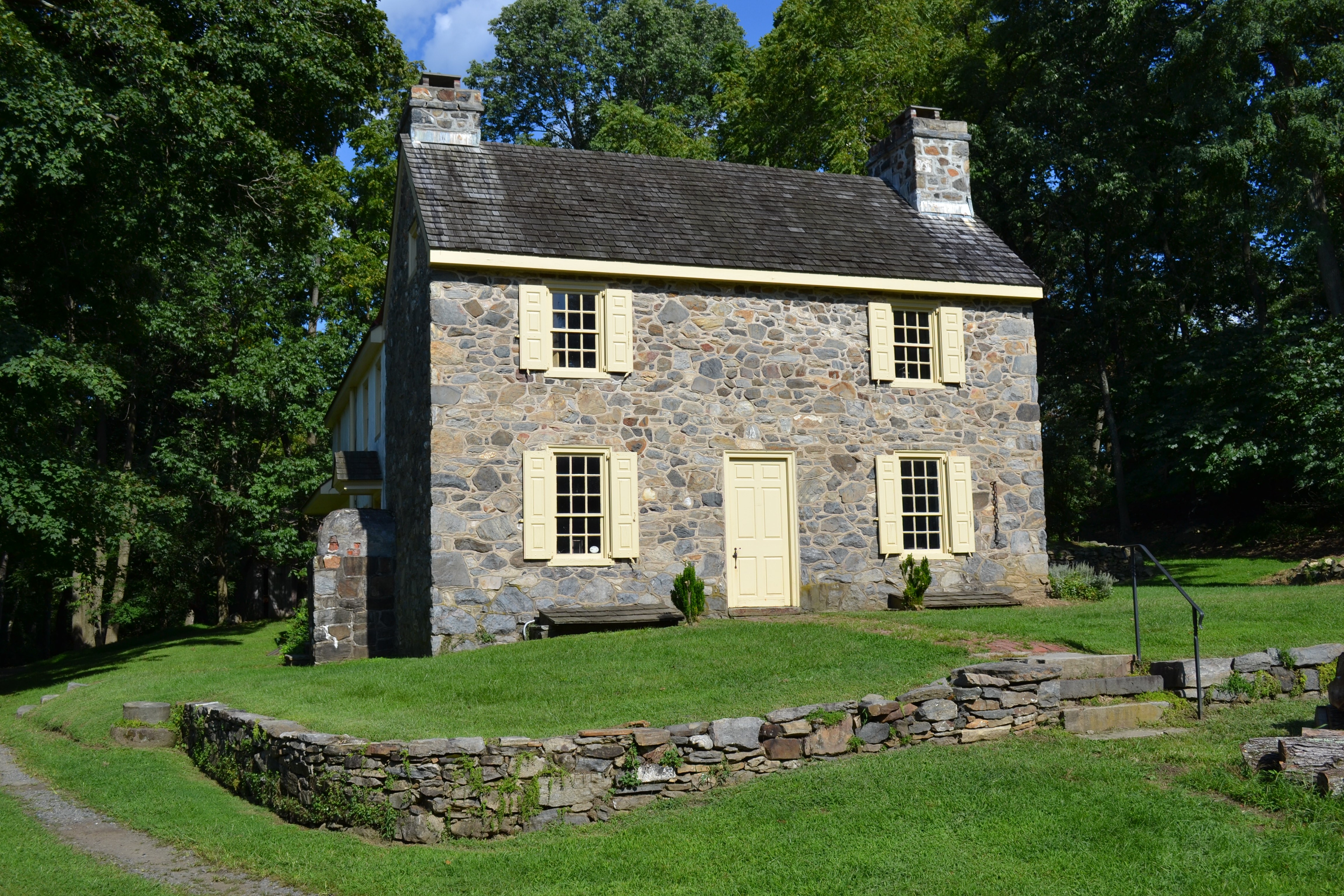 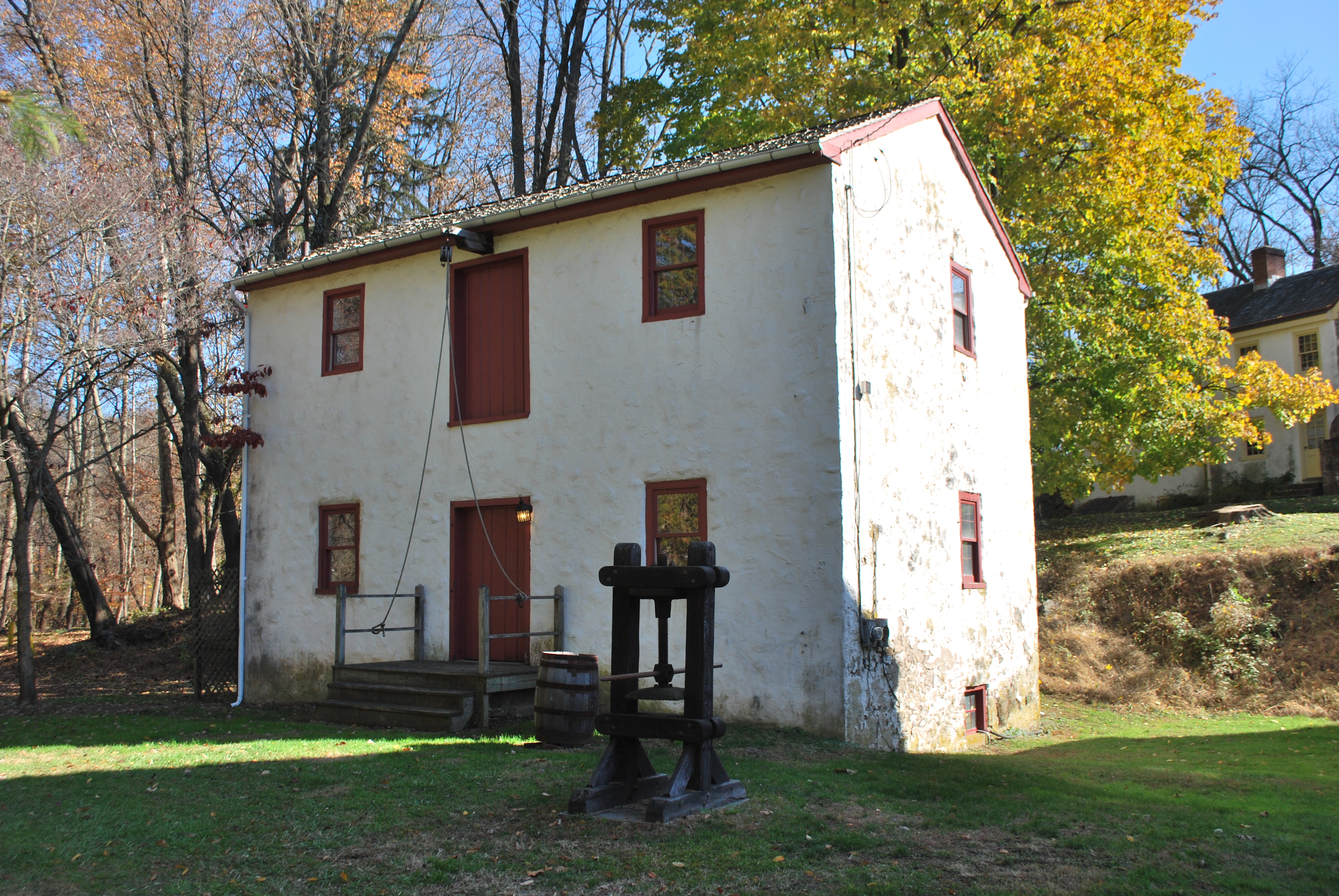 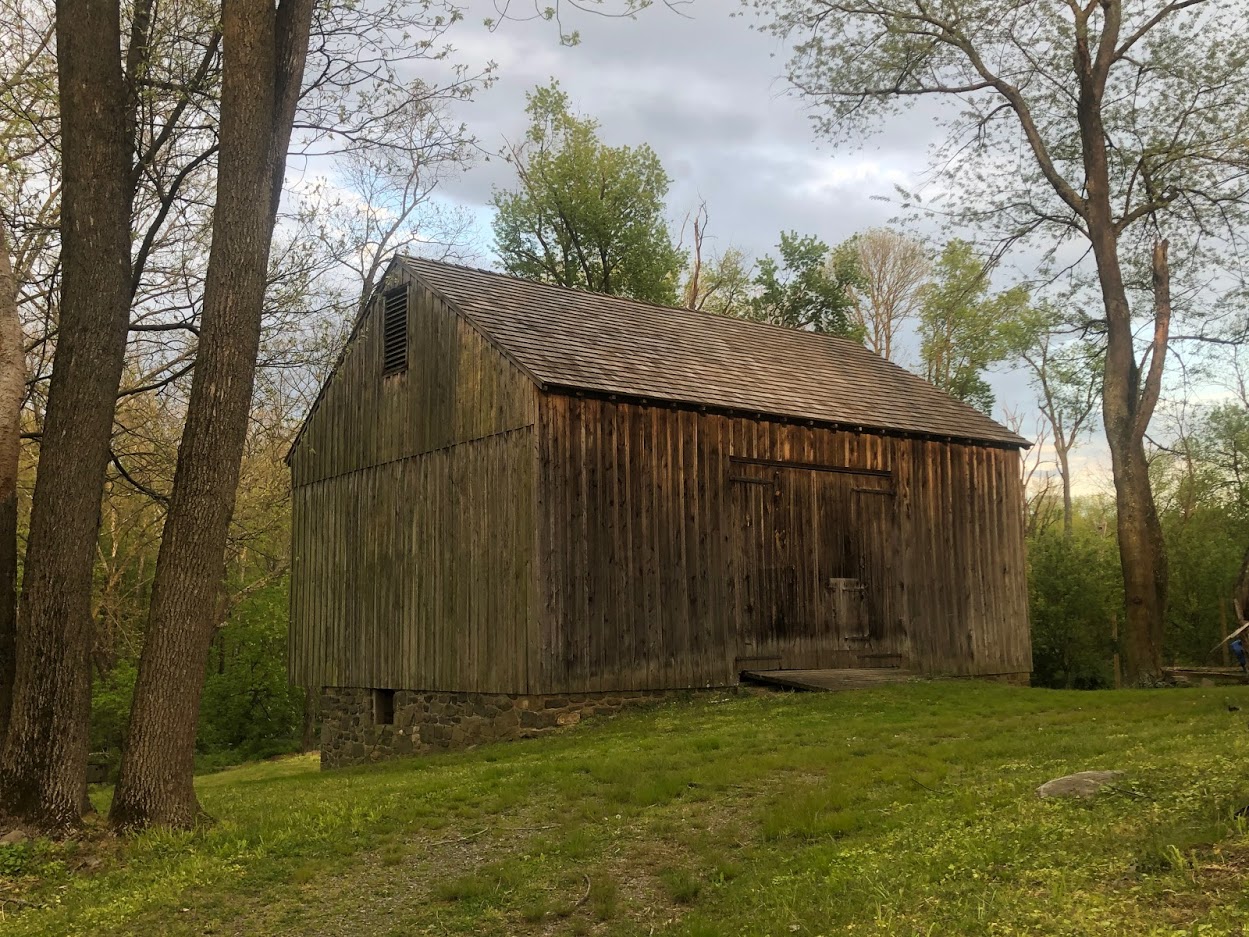 Historic Trimble House, with the original 1739-1742 section on the left 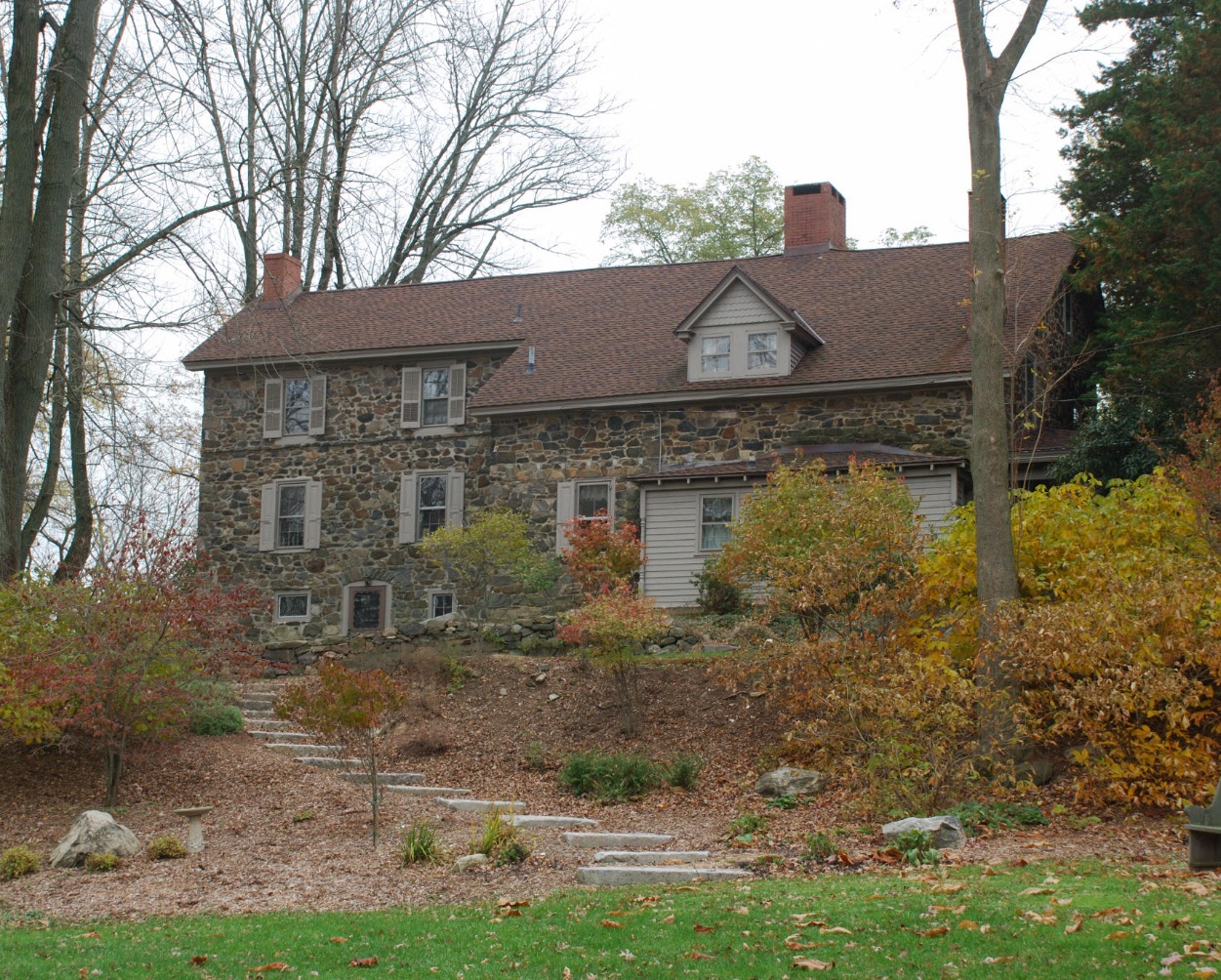 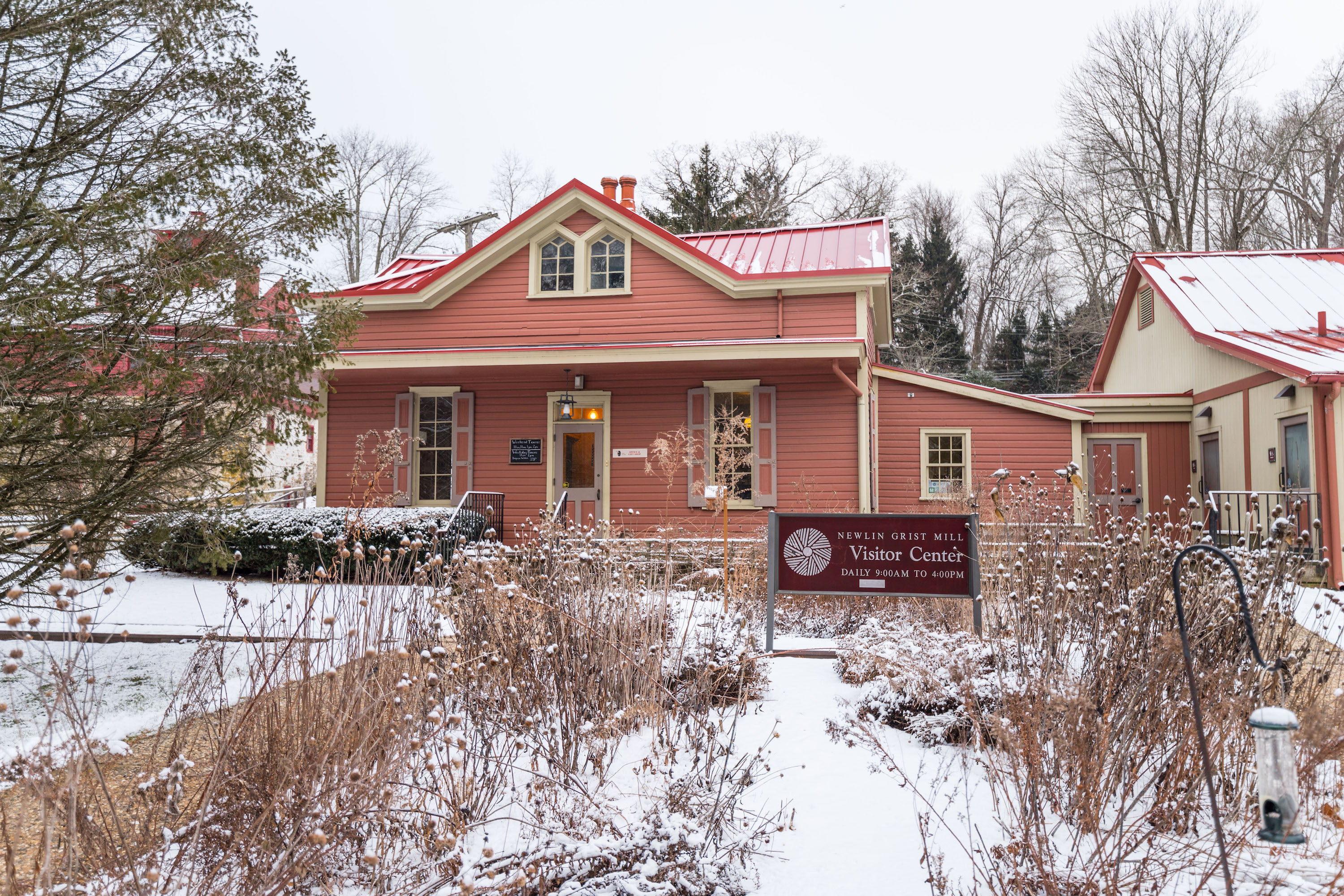 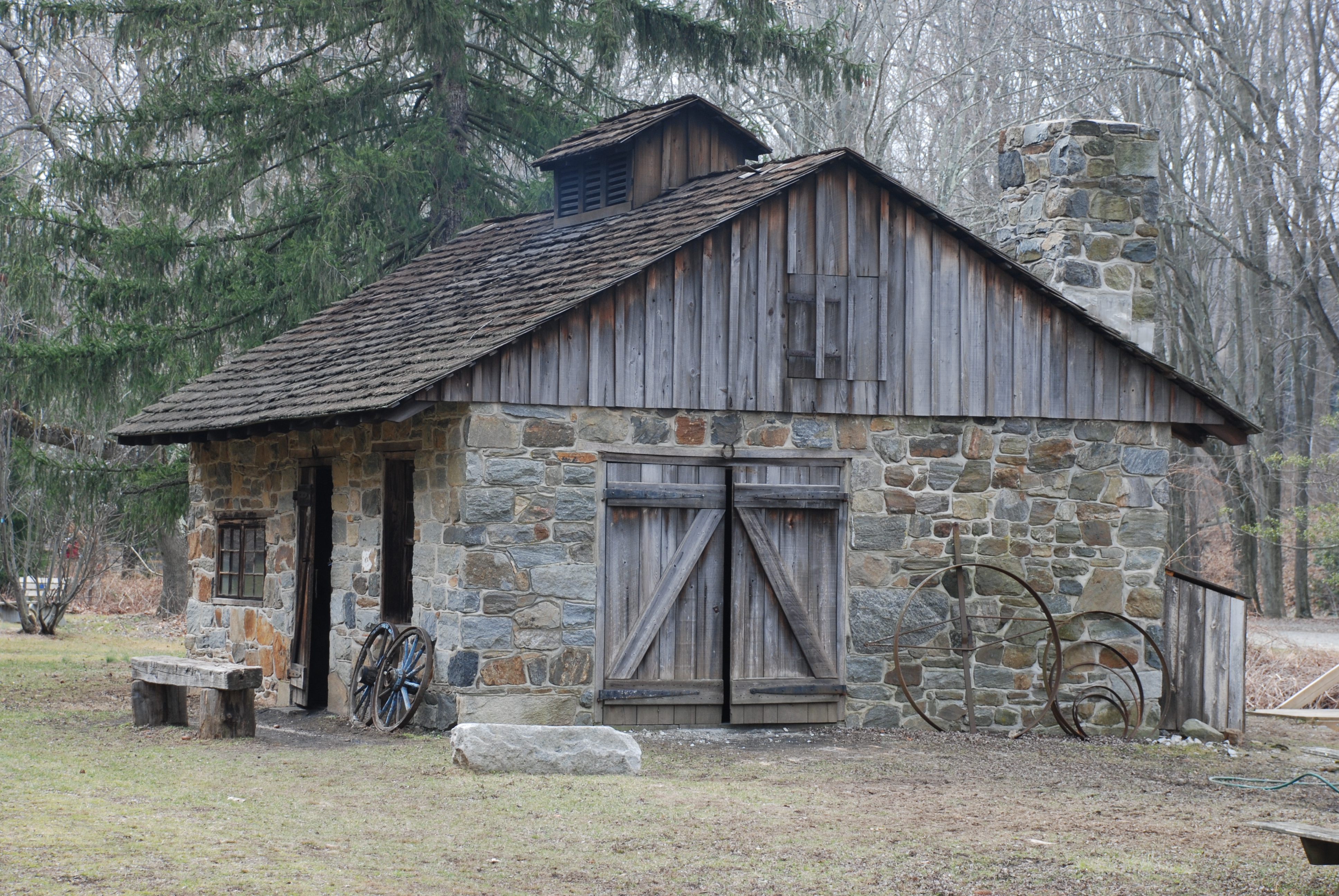 The historic millrace in springtime 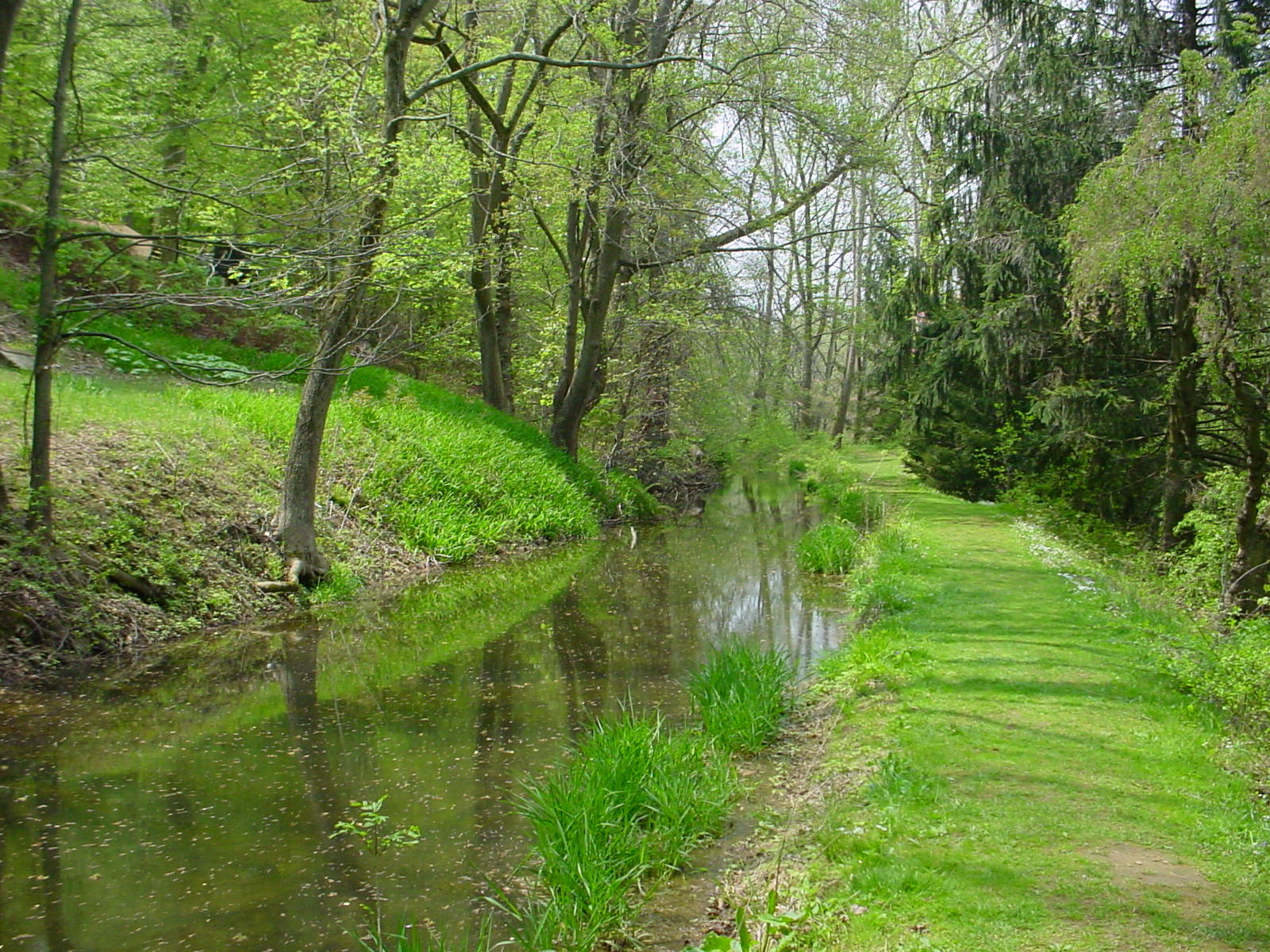 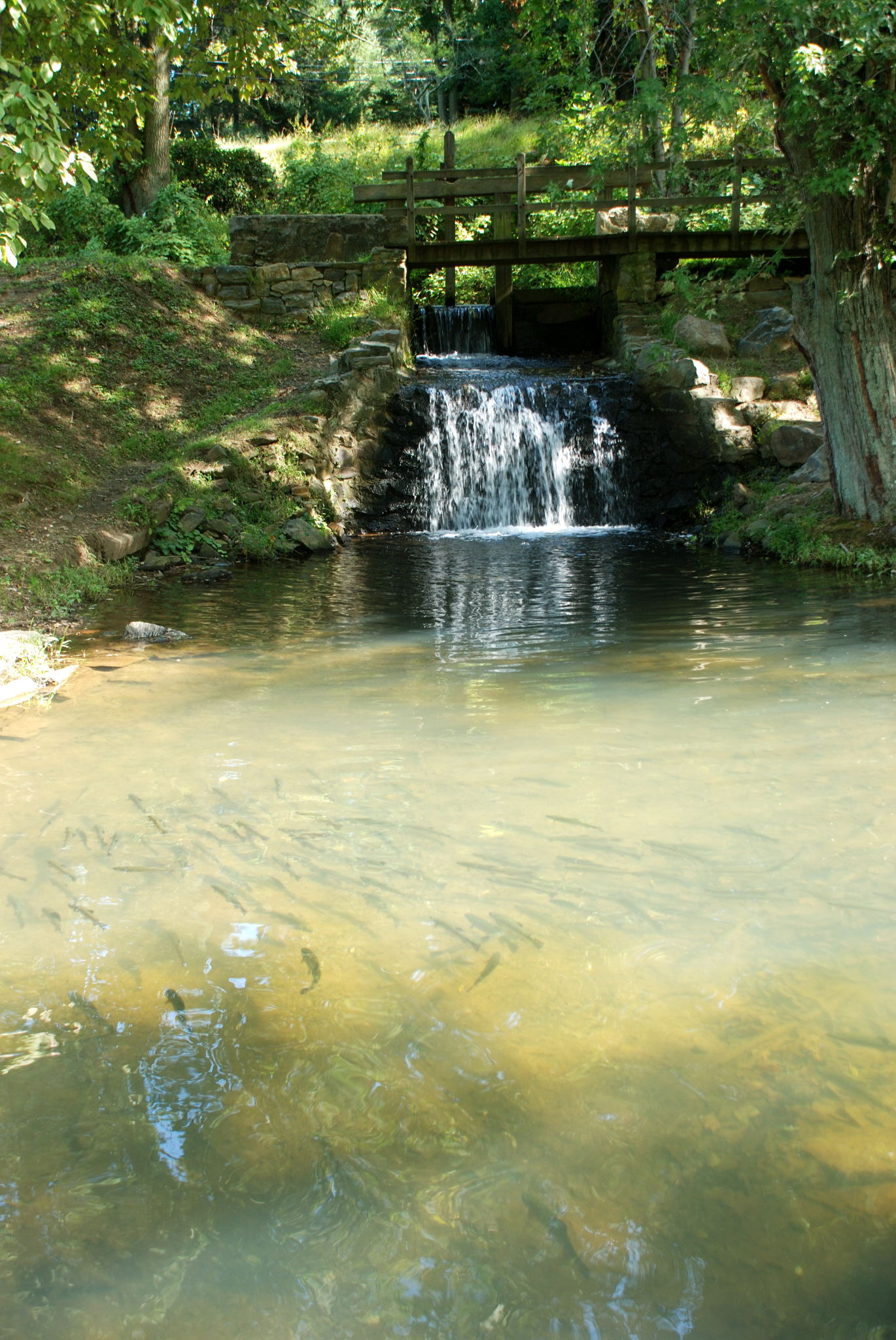 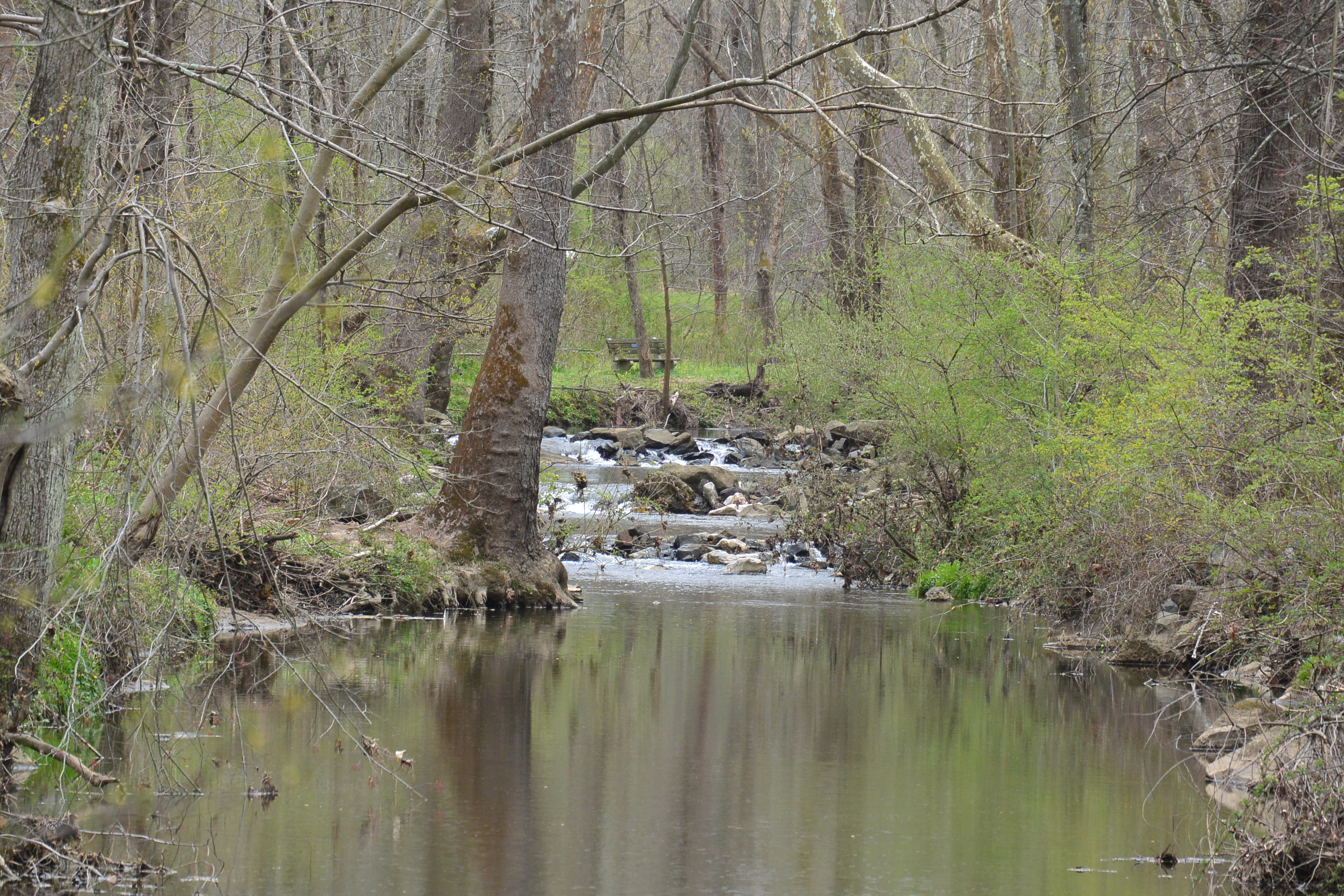 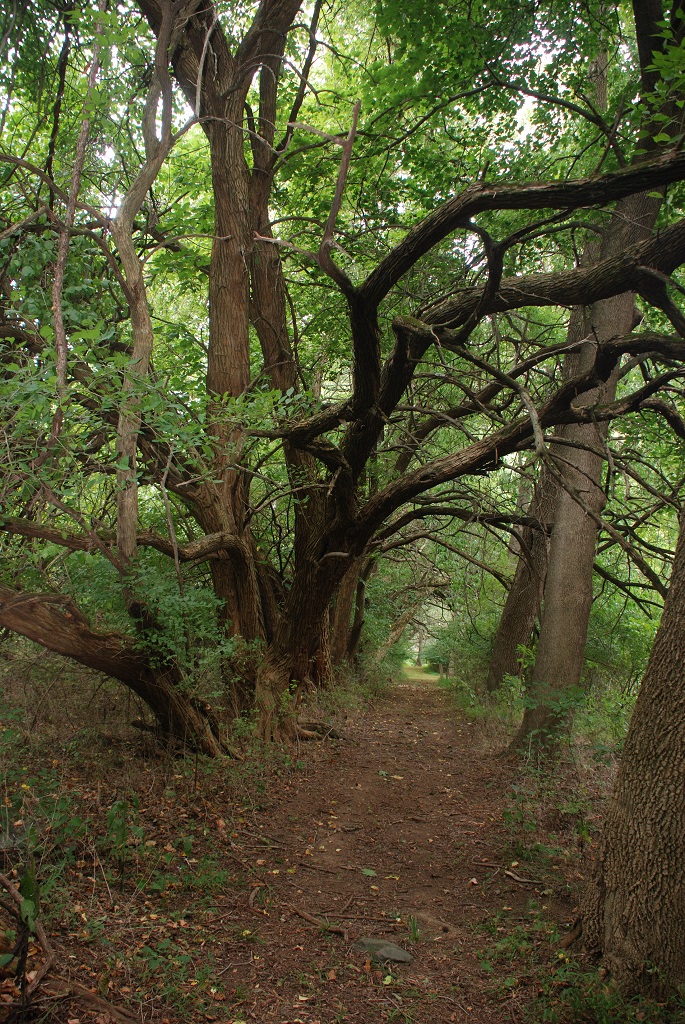 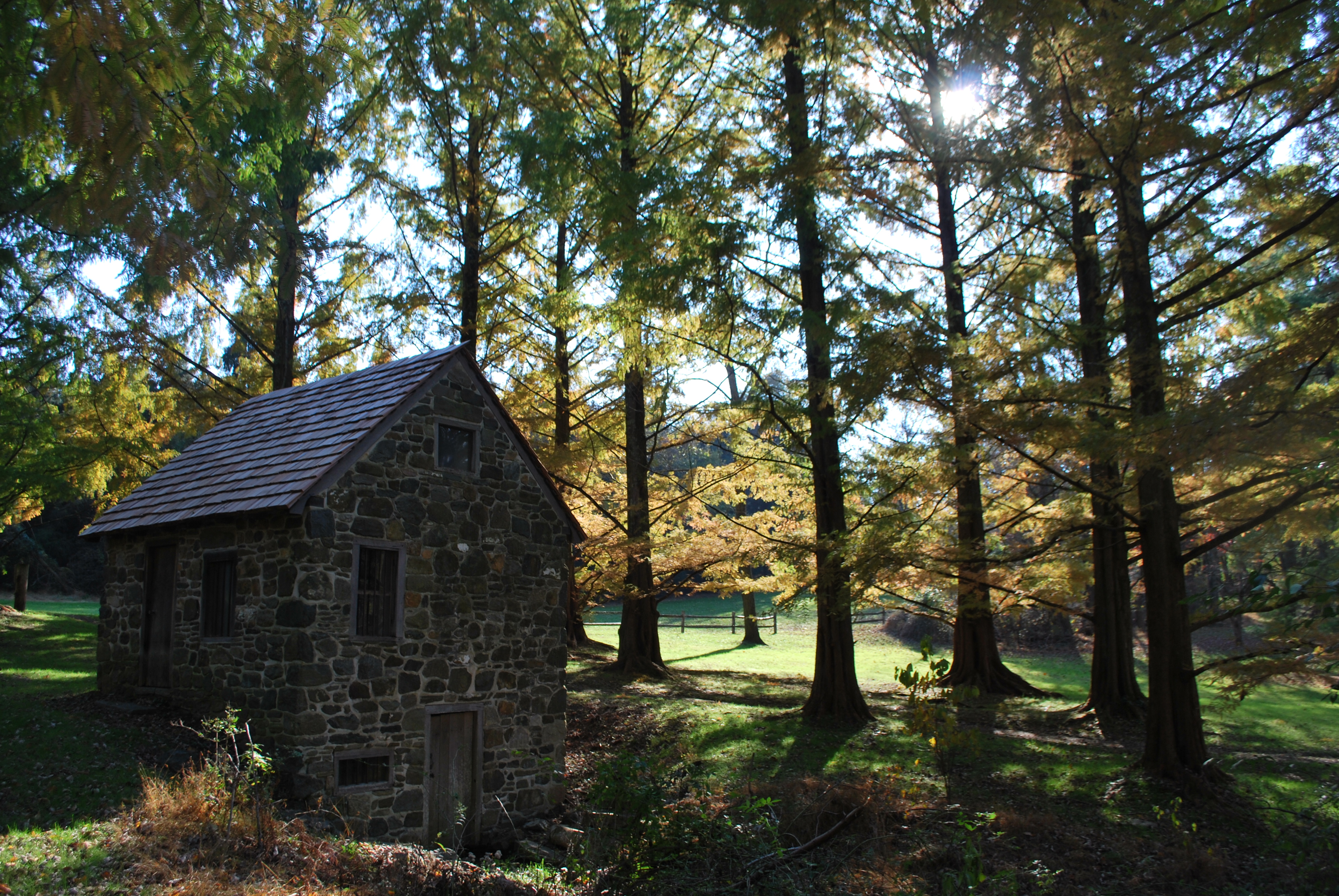 The mill dam on Concord Creek 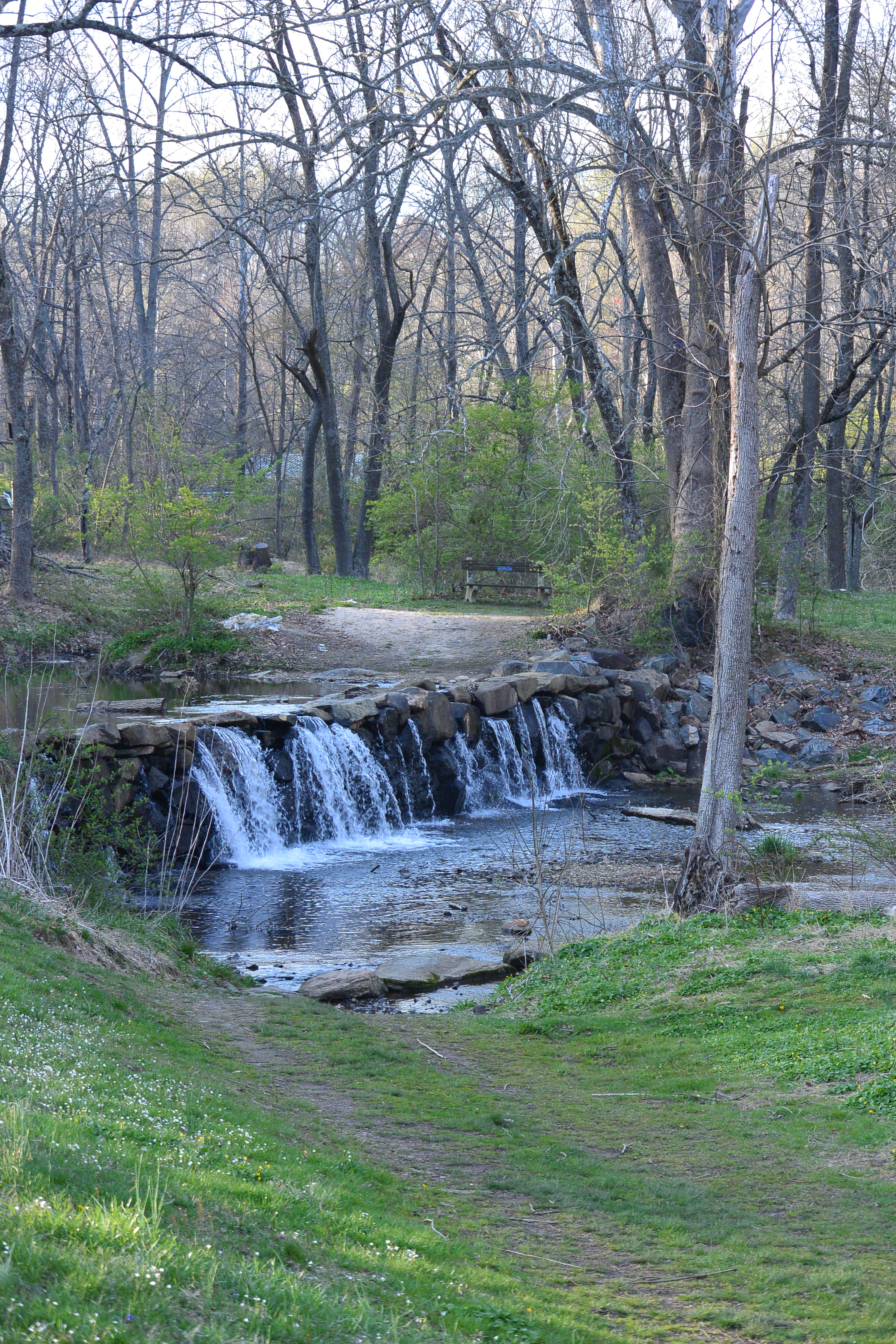 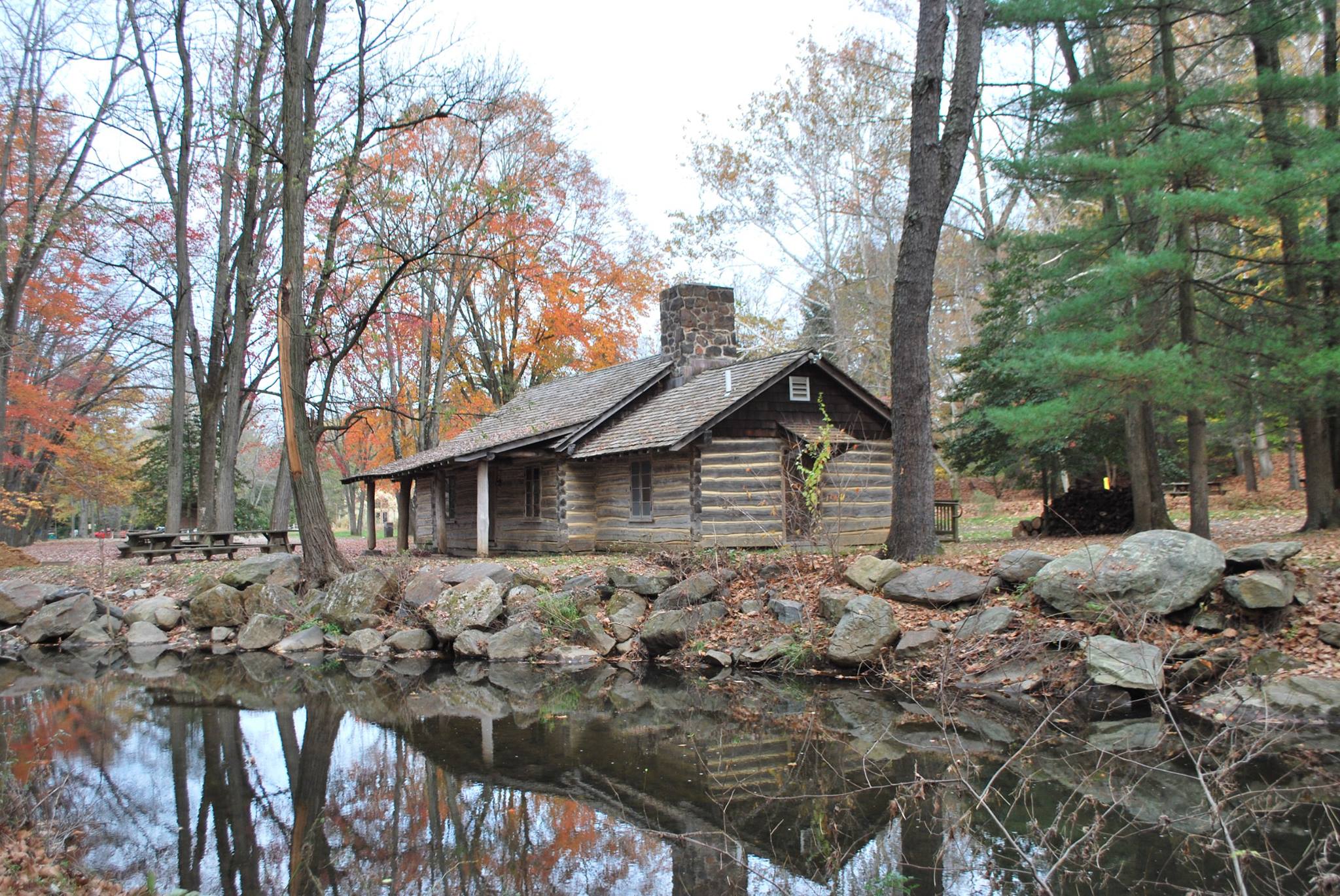 In the winter 1682/83, Nicholas Newlin and his family landed in Upland (adjacent to Chester, PA), newly arrived from Ireland and seeking religious and economic opportunities. The family settled in Concord Township and began building a new life for themselves. In 1704, Nicholas’ son Nathaniel constructed a grist mill now known as the Newlin Grist Mill. The mill served its community as a source for grinding grains and strengthened the economy by exporting products to international markets around the world.

Until 1941, the mill continued to grind grains and sell flour products under several different owners (Newlin, Trimble, Sharpless, and Hill). Each generation of owner also updated machinery and expanded the building to meet the needs of the time. These changes can be seen in the construction and landscape of the Newlin Grist Mill.

In the 1930s, a ninth-generation descendent of Nicholas Newlin visited the mill looking for his family’s origins and became captivated by its character and traditions. E. Mortimer and Elizabeth Newlin purchased the mill in 1956 and immediately began restoring the building and equipment. Mr. and Mrs. Newlin established the Nicholas Newlin Foundation in 1960 giving it a mission that remains relevant today:

The purpose of the Nicholas Newlin Foundation is to preserve its land and its historic buildings for the pleasure and education of the public.

In an area of urban growth, the Foundation maintains open land as a refuge for plants, animals, and birds, and for the people who come to enjoy them. In an era of digital technology, it offers visitors insights into the vanished life of the rural eighteenth century. This two-fold objective of environmental and historical concerns is combined in a single theme wherever possible.

﻿Following the ideals of its founder, E. Mortimer Newlin, the Foundation will strive to enhance its service to the public, while securing its future by managing its finances wisely.

For more than sixty years, the Nicholas Newlin Foundation has served its community through the preservation of history and open space, conservation of plants, animals, and waterways, and as a place for both education and recreation. Today, the Nicholas Newlin Foundation continues to maintain the Newlin Grist Mill and Park along with its twelve historic structures and over eight miles of hiking trails. Through a distinct balance of dedication to tradition and acceptance of innovation, the Newlin Grist Mill provides opportunities to connect with history and nature.

The Grist Mill was built by Nathaniel Newlin (son of Nicolas) and his wife Mary in 1704. It was owned by the Newlin family until the early 19th century, when it was sold to the Trimble family. It would go on to pass to the Sharpless and Hill families until a ninth-generation descendant of Nicolas Newlin, E. Mortimer Newlin, purchased it in the mid-20th century and restored the mill to represent the site's colonial history.

Besides grist mills to produce flour, there were numerous other types of mills along Chester Creek including sawmills, textile mills, and papermills. There were two papermills downstream from Newlin Grist Mill. These turned linen and cotton rags into paper for writing, printing, and currency. The iron paper press here (mounted on a reproduction wooden frame) came from Trimble's papermill and would have been used to squeeze water out of the paper pulp and compact the fibers into smooth sheets of paper.

In the first half of the 18th century, the Newlins built a general store next to the mill. The store was constructed over the top of the mill’s tailrace, which was enclosed by an arched masonry tunnel. For many years, it served as a store and residence. It now houses the archives and library of the Nicholas Newlin Foundation and the Society for the Preservation of Old Mills (SPOOM). 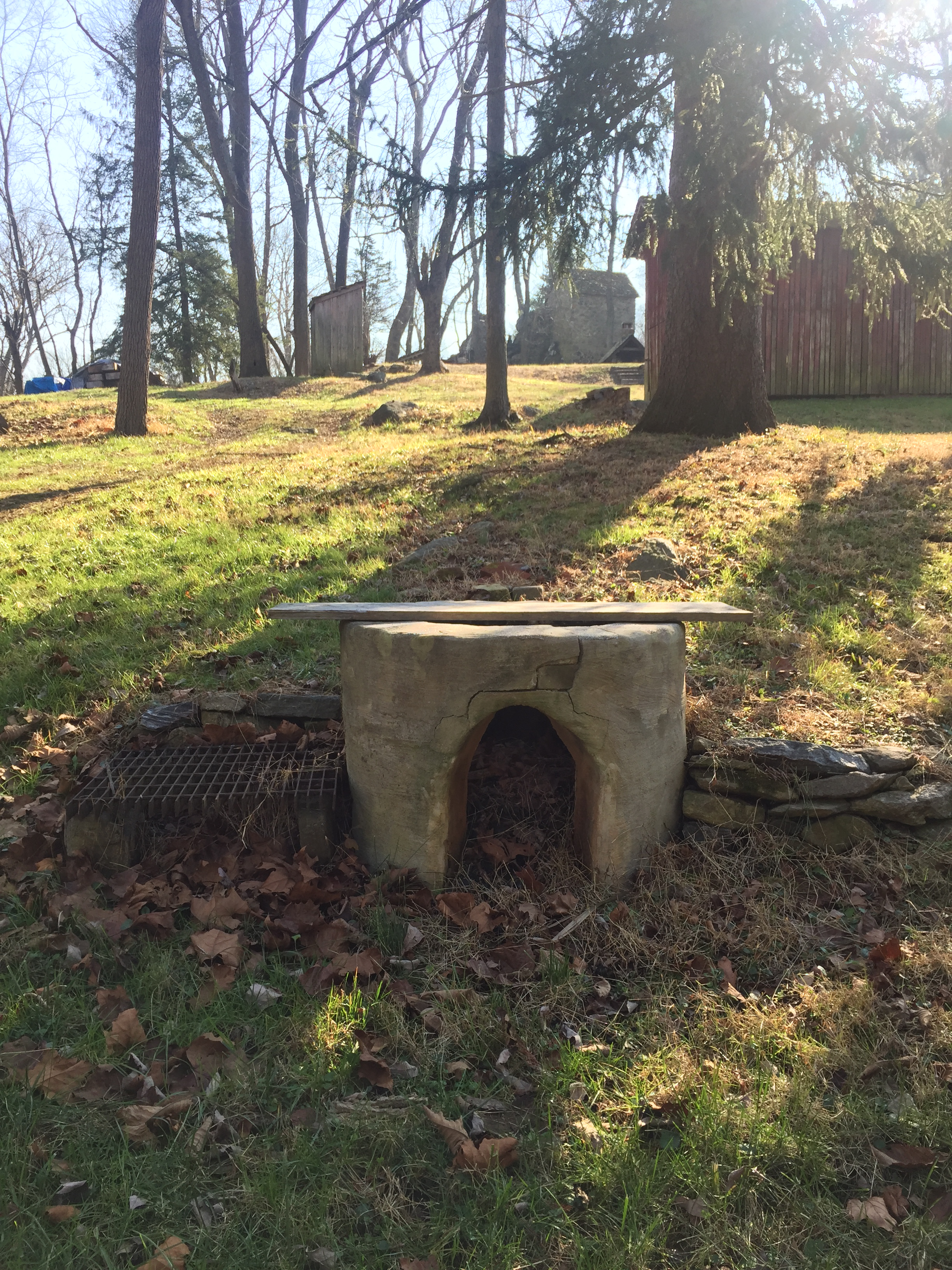 An important part of Newlin Grist Mill's approach to history is that the staff and volunteers at the site learn about historical processes by actually doing them and documenting the experiences. This comes from the field of "experimental archaeology." One of the projects that has been done onsite is the making of potash.

The original barn associated with the Miller's House was no longer standing when the property became part of the Newlin Grist Mill park, so in 1986, a barn located in northern Delaware was acquired and rebuilt on site to help represent the agricultural aspects of the site in the 18th century. 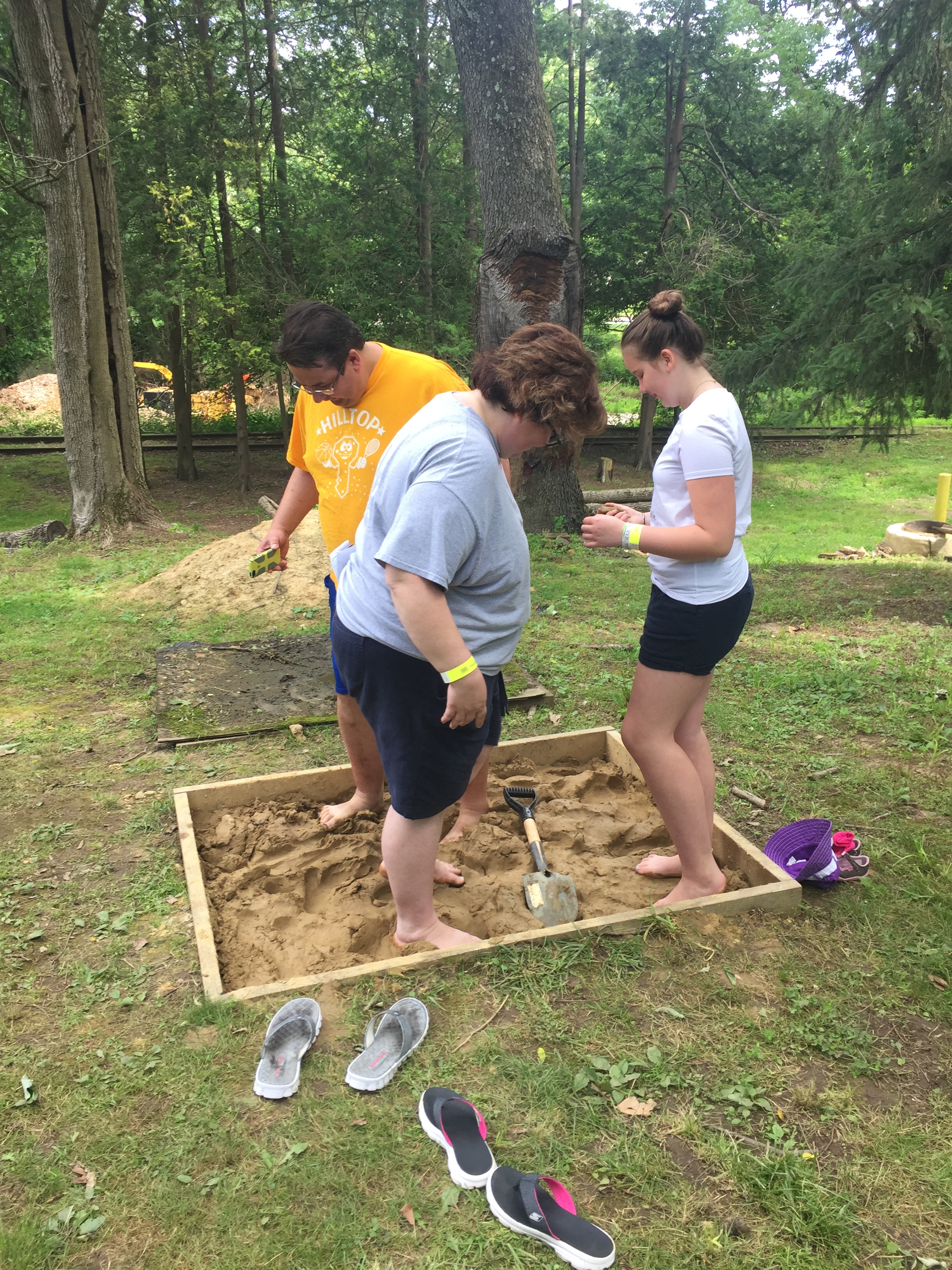 An important part of Newlin Grist Mill's approach to history is that the staff and volunteers at the site learn about historical processes by actually doing them and documenting the experiences. This comes from the field of "experimental archaeology." One of the projects that has been done onsite is traditional brickmaking.

When the Newlin Grist Mill was expanded to a merchant mill in 1739, a 2-story stone house was also built nearby to attract a miller. This would have allowed the miller and his family to live onsite and oversee operations. It is thought that by this time, the members of the Newlin family were no longer involved in the day-to-day of the mill and had hired a master miller to run what was now a large merchant mill.

The Trimble House sits uphill from the Grist Mill and Miller's House. The Trimble family purchased the property adjacent to that of the Newlins in 1737. Also in the milling trade, they would go on to lease the Grist Mill from the Newlin family and eventually purchased it from them. --- *** PLEASE NOTE: Part of the Trimble House continues to be used as a private residence. Please be respectful of the occupants and refrain from knocking on doors, looking in windows, etc. ***