One of the grand historic homes in Holly Springs, Montrose was built around 1858 by Robert and Margaret McGowan. It is now home to the Holly Springs Garden Club. 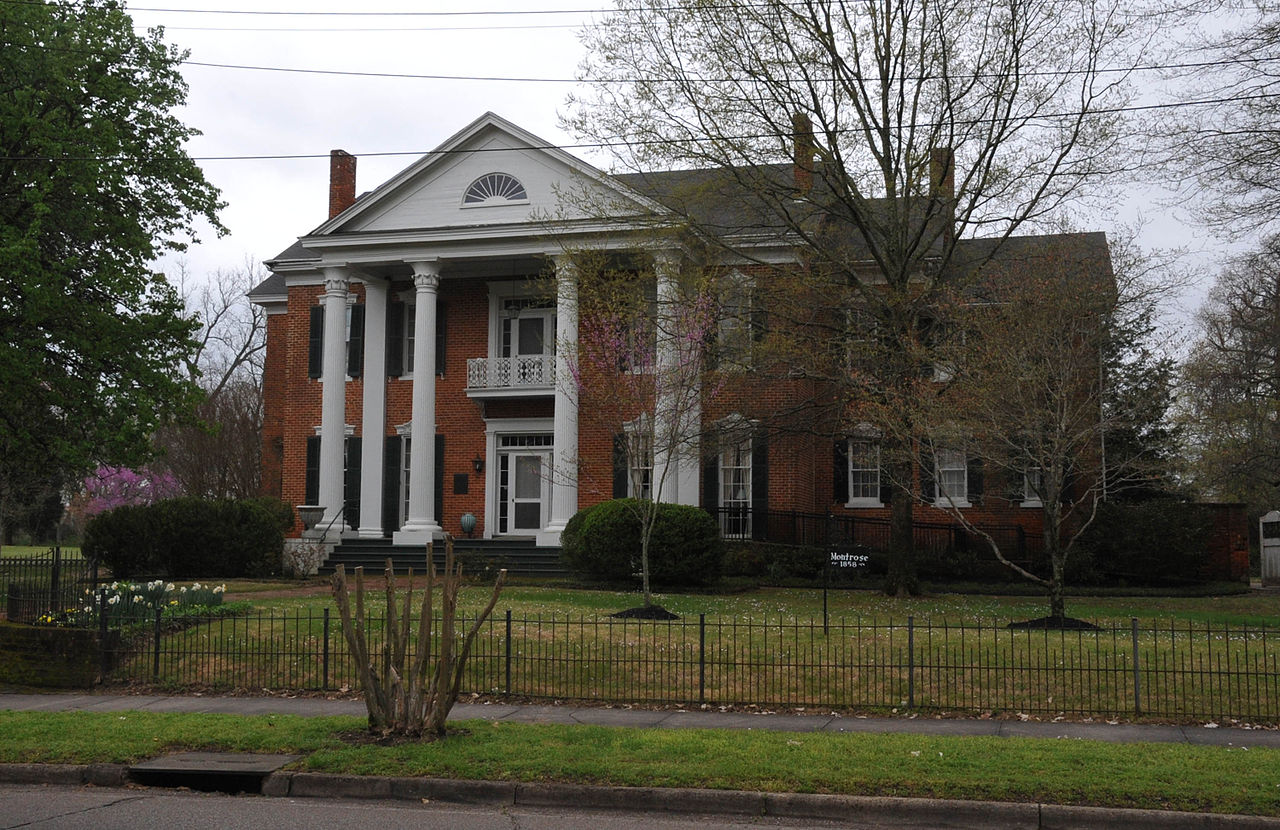 Local architect Spires Bolling, who built the house that is now the Ida B. Wells-Barnett Museum, designed Montrose. Not much information is readily available about Robert McGowan (1832-1894), but Margaret (1828-1871) was the daughter of a prosperous landowner, Alfred Brooks, who, apparently, saved the house from going into foreclosure on two occasions. Sadly, she died during childbirth after the Civil War. Robert sold Montrose in 1878 to a local judge who lived in the house until he died in 1895.

After a series of owners, including surgeon Dr. Robert H. Peel (1832-1903) who operated on Union and Confederate soldiers during the war, the city acquired Montrose in 1962. The Garden Club has occupied and maintained the house and grounds ever since. In 1983, Montrose was added to the National Register of Historic Places as a contributing property of the East Holly Springs Historic District.