The Barnhisel house is more than just a historic staple of the city of Girard-it is the beginning of a story that has developed to include some of the most prominent moments in it's local history. This story began after Henry Barnhisel, Sr. purchased the land in 1824, and, unknowingly, lent his name to be used as the building's identifier more than 170 years later. It was home to some of the earliest families to live in the area, and the passing generations left pieces of themselves behind for future generations to find, learn, and remember. The structure has its own dynamic history that the community continues to study and enjoy. One common belief held by many is that it was a stop on the Underground Railroad, though no evidence has solidified the rumor as truth. Today, it is one of the oldest remaining buildings in Girard. The nineteenth century mansion was purchased by the Girard Historical Society in 1976, restored through the years, and is now home to a museum showcasing the building's architecture and Girard's history. 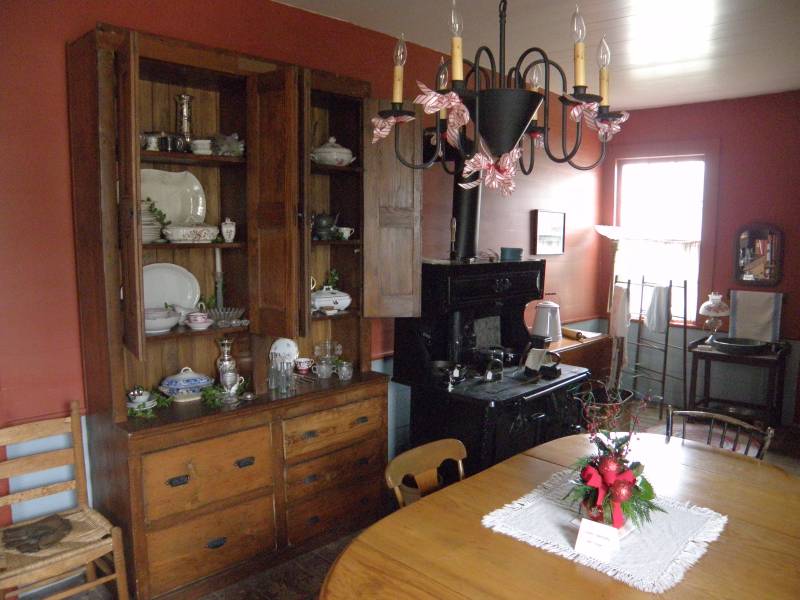 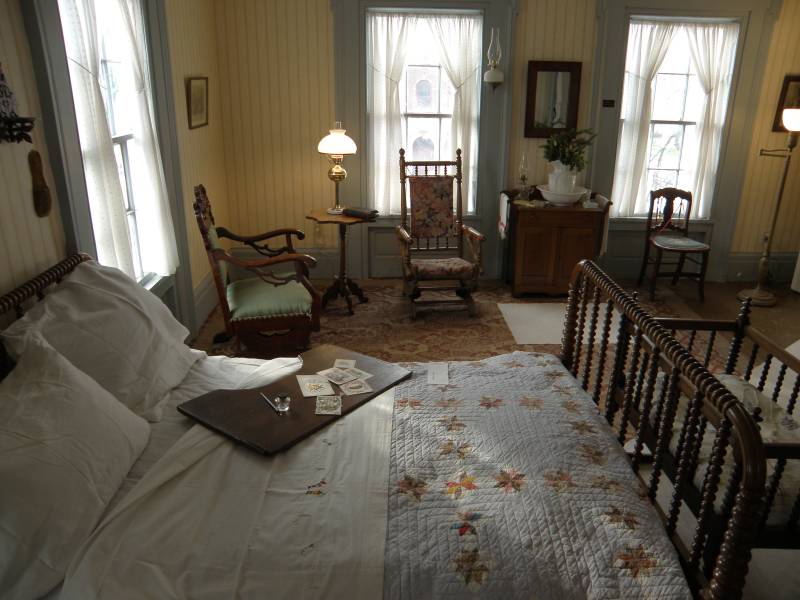 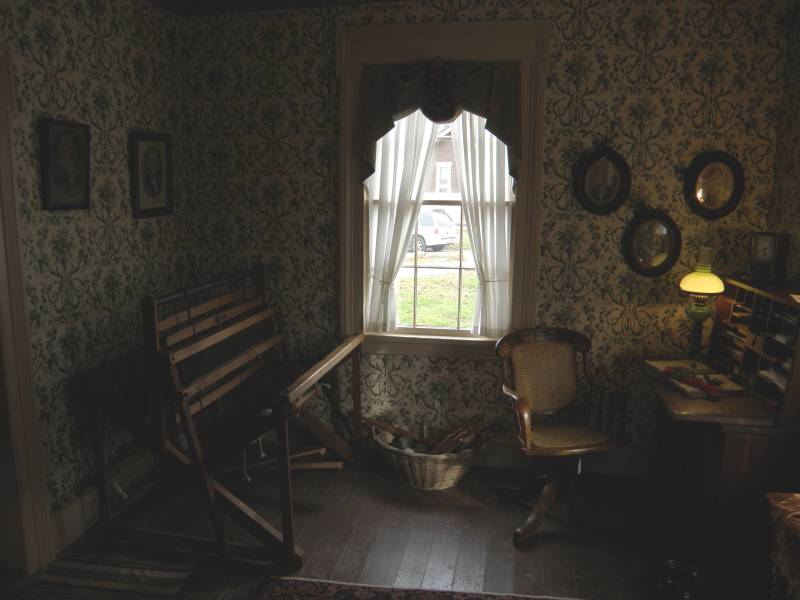 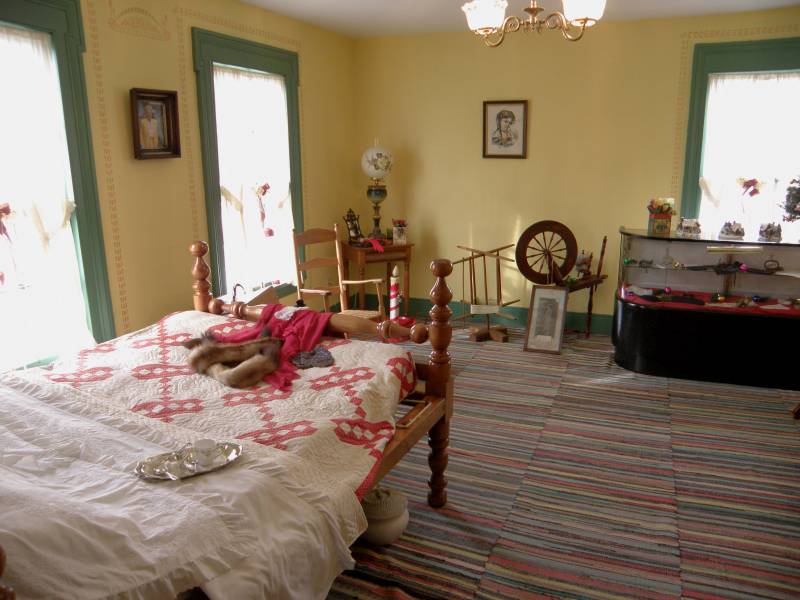 Front view of the Barnhisel House 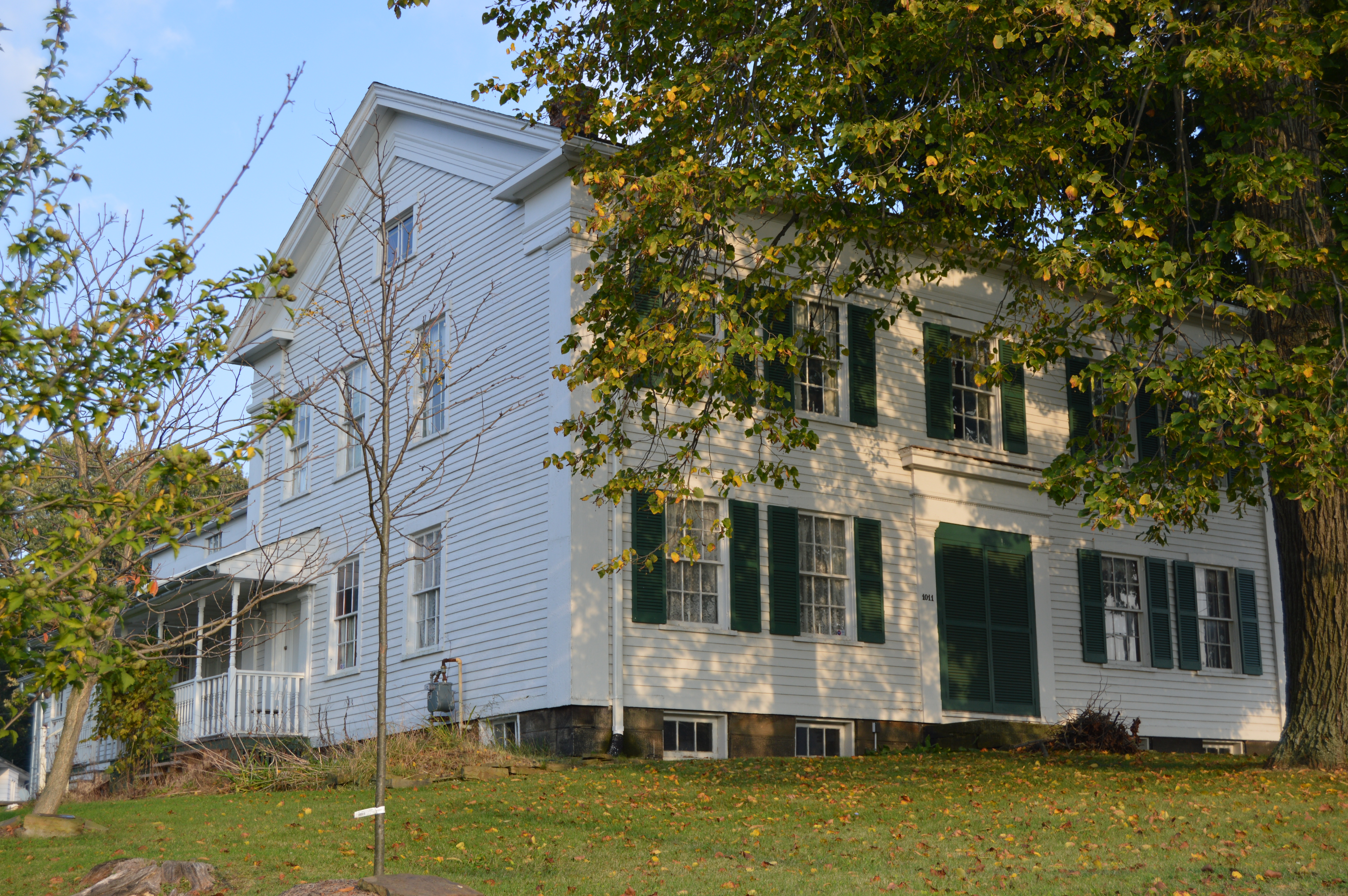 Henry Barnhisel, Sr. and his wife, Eve Anna, purchased 318 acres of land in 1813 in what would become the city of Girard. When Henry Sr. died in 1824, his son, Henry Barnhisel, Jr., bought out his brother's shares of the land. Together with his wife, Susan, the pair added what would become the main portion of the house in 1840 as an attachment to the smaller structure that was built by Henry's father. The original structure continued to be used as a summer kitchen after the new addition was finished. Through out his life, Henry purchased land to extend his property, and gained most of his fortune through land sales. In fact, at one time he and his extended family owned 600 acres of land in both Trumbull and Mahoning Counties.

Henry, Susan, and their six children lived in the house along with hired help for over half a century. One who visits the museum today may find themselves standing in Henry and Susan's bedroom-a room that appears as though it has not been touched since the late 1800s-admiring the Victorian architecture and décor. In the early 1900s, the house passed to Joseph W. Smith, whom patented processes of preparing and tanning leather, leading to the establishment of the Ohio leather Company. For the next sixty years the house stayed in the possession of Smith's family.  The house fell into decay in the 60s, and by the early 70s the building was on the verge of being torn down, and one of the earliest stories and the foundation in which Girard’s history would grow could have ended. Instead, in 1976, the Girard Historical Society purchased the house with the intent of saving its history and creating a space that would allow the community to celebrate it. The historical society made incredible renovations and restored the house to its original appearance.

The Barnhisel House's original structure and additions still stand, and the interior has been rehabilitated. Visitors can tour the two story historic house/museum filled with history of the Barnhisel family and the area. The house includes, the summer kitchen, main kitchen, library/office, parlor, grand hall, trunk room, sewing room, gallery room, best chamber, Christy room, and the Barnhisel room. Each room has been restored and decorated to look as it might have in the mid-nineteenth century, with pieces that have been donated or purchased from people in the area. In addition to the Victorian feel, the house also includes pieces and pictures that tell the history of Girard and those who have lived in the house.

Members of the Girard Historical Society donated their time and money into the house's restoration and often call the project "a labor of love." Each year a new theme is incorporated into tours that are offered to the public and scheduled for schools in the area. The Barnhisel House is open the 2nd and 4th Sunday's in May-November and private tours are available upon scheduling.