The Grand Forks County Courthouse, constructed in 1913 by designers Buechner & Orth of St. Paul, Minnesota, is located in downtown Grand Forks. Famous for its immense attention to detail and impressive architectural design, it is the most expensive and largest courthouse constructed by Buechner & Orth. Its structural design was influenced by several architectural styles, such as Classical Revival and Beaux Arts, similar to many other historical buildings located in downtown Grand Forks as part of the “City Beautiful” movement. For decades, the courthouse has stood as a central symbol of the judicial branch of Grand Forks County. The courthouse was added to the National Register of Historic Places on November 25, 1980.

The interior of the courthouse highlighting its white limestone details. 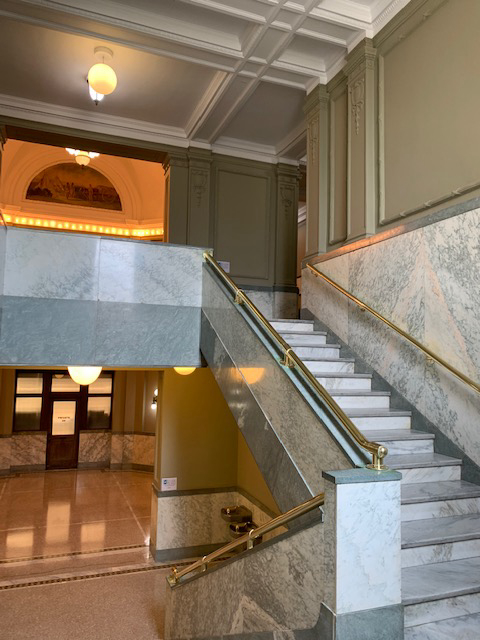 The interior of the courthouse includes an intricate art glass skylight. 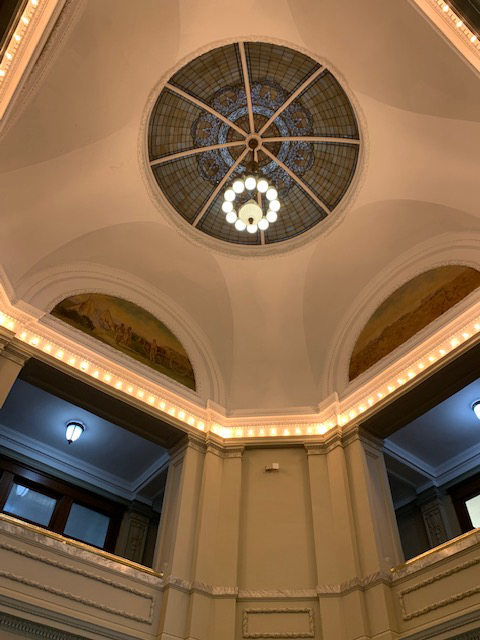 The exterior of the courthouse featuring the statue of Alexander Griggs. 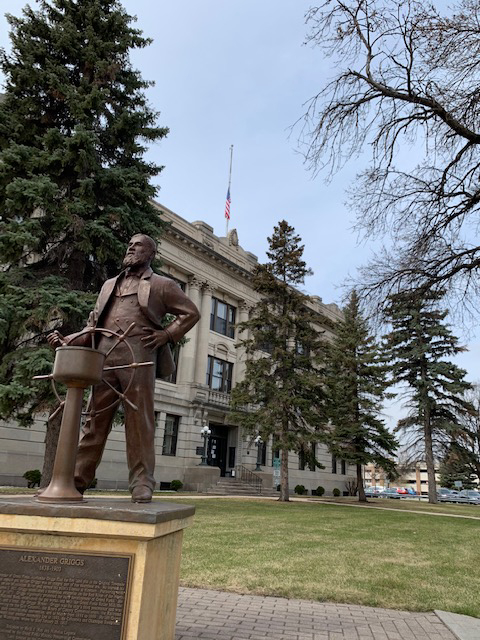 The courthouse is one of many historical buildings in downtown Grand Forks that was designed in the Classic Revival style. 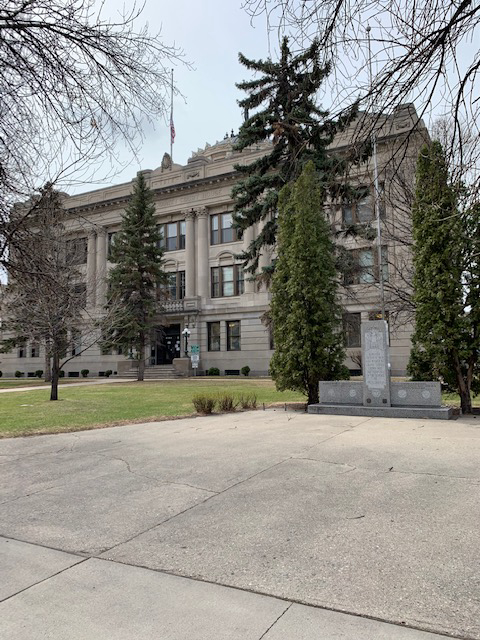 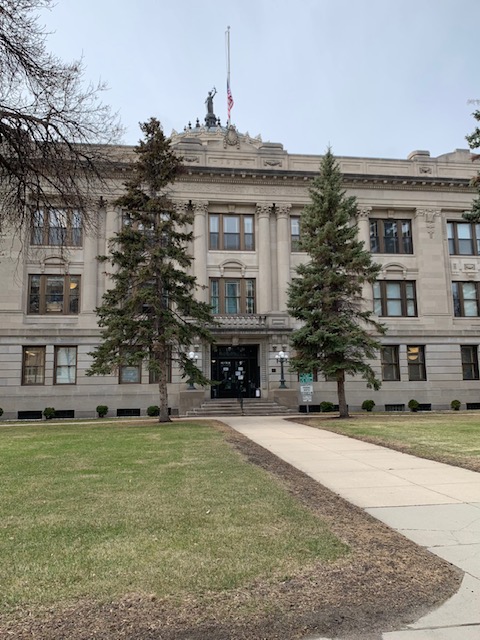 Grand Forks County Courthouse is located in the heart of downtown Grand Forks. The building, which was constructed in 1913, was designed for the purpose of creating a space where legal and governmental functions could be carried out. The building, which was designed by architects Buechner & Orth of St. Paul, Minnesota, is the most expensive courthouse that the constructors built. The total cost of the building initially rang in around $200,000, with $25,000 worth of additions added later on. Considering the time period of its construction, this was quite an extravagant cost. The majority of these costs were payed for by residents of Grand Forks County. The building is also the largest of the 13 courthouses designed by Buechner & Orth in North Dakota.

Structurally, the Grand Forks County Courthouse is designed in such a way that it stands out among other buildings located in the downtown area. Its Classical Revival style modified by white limestone along with large Corinthian columns make for a pleasing aesthetic structure. It also took architectural influence from other styles such as Modernist and Beaux Arts. These types of styles were seen in many downtown Grand Forks buildings built during this time as part of the “City Beautiful” project. Later on in its history, a two-story law enforcement center was added on to the courthouse, connected by a stairwell. Although the addition’s closed window openings do not resemble that of the courthouse apertures, its design does still match the pre-existing style of the courthouse. The interior of the courthouse is also impressive with its extreme attention to detail, featuring numerous murals and various pieces of artwork, as well as an art glass skylight. It also features blue marble wainscoting in the halls and terrazzo floors. Possibly the most interesting focal point of the building is its iron dome located on top of its exterior. Atop the dome is the statue of Justice, serving as a reminder of legal justness.

Standing for over a century, the courthouse has succeeded in serving its purpose of providing a place for governmental functions and legal processes. It is where all judicial hearings in Grand Forks as well as county commission meetings are held. Additionally, it is also the home of the clerk’s office, the offices of state attorneys and auditors, and various other county offices. One interesting aspect of the courthouse is that it hosts the police officer memorial service annually on the north lawn. Lieutenant of the North Dakota Highway State Patrol Troy Hischer, who frequently visits the courthouse for occupational matters, participates in the ceremony each year. On November 25 of 1980, it was added to the list of historical buildings on the National Register of Historic Places.

Despite its long history and various encounters with hardships, such as the Red River Flood of 1997, the Grand Forks County Courthouse has managed to not only survive, but prevail. It is one of the oldest buildings representing the judicial branch in Grand Forks County; even today, it still serves as a symbol for government and justice.