Although relatively small and unassuming, this attractive building has important ties to the local Jewish and African-American communities. It was built in 1915 as a Jewish temple called the House of Peace Synagogue for the Beth Shalom Congregation. Then in 1935, it became an African-American dance venue called the Big Apple Club. It was here that a new type of dance called the "Big Apple" was created. The dance quickly spread across the country and inspired big band leader Tommy Dorsey to write a song called "The Big Apple," which was very popular in September of 1937. It appears that the building is available to rent as an event space. 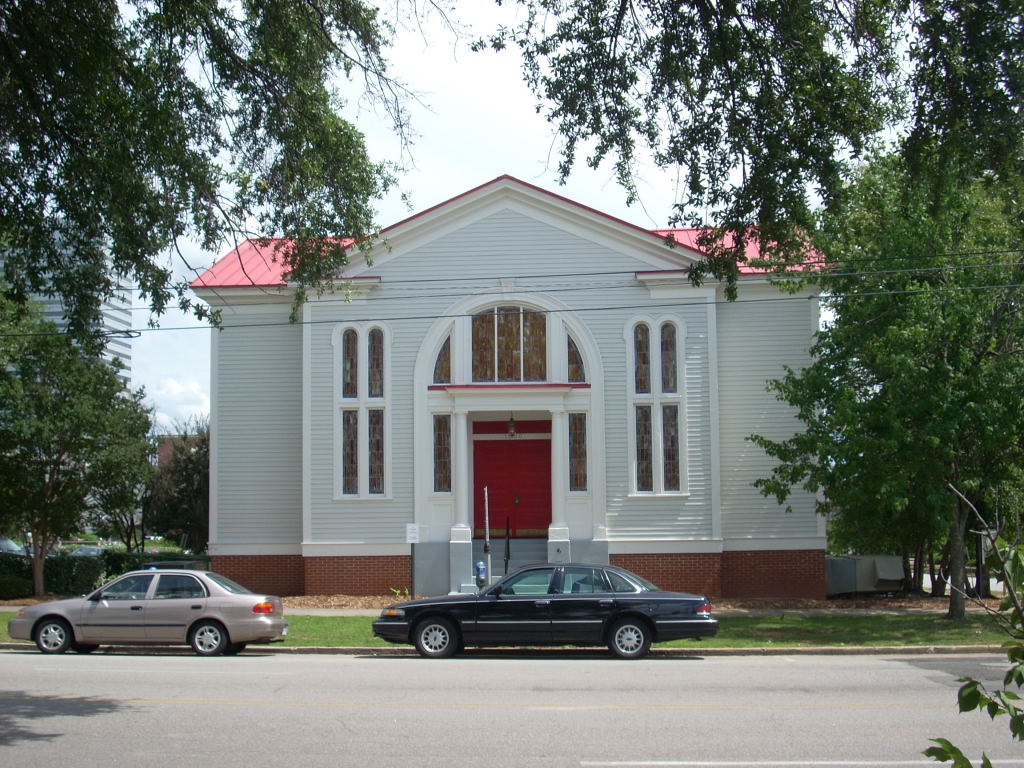 The local Jewish community can trace its beginnings to the early 1800s. They built a synagogue that was later destroyed by Union troops at the end of the Civil War. After the war, the Jewish population declined but Eastern European Jews started arriving in Columbia towards the end of the century. As a result of religious differences, in 1907 a group of Orthodox Jews formed a new congregation and built a synagogue in 1910. A fire destroyed it in 1915 and a new building, the present structure, was built. In the coming years, the congregation continued to grow and it became apparent by 1928 that a new building was needed. The congregation moved to the third synagogue when it was completed in 1935. The present home of the congregation was constructed in 1973 and is located at 5827 North Trenholm Road.

Precisely how the former synagogue became a dance club is unclear, but it quickly became popular among local African American youth. The Big Apple dance, which combined African American folk dancing and modern swing dancing, was created around 1935-1936. When dancing the Big Apple, people form a circle and dance, usually in a coordinated fashion, and move in a counterclockwise direction. It appears that white fans of the dance called it the "Big Apple" after seeing it in person. Word of the dance spread around the country, including in New York City where groups performed it to sold-out shows. By 1938, the Big Apple was possibly the most popular type of dance in the country. However, this lasted until around 1941.

After the club closed, a number of businesses occupied the building. It was relocated to its current location in the early 1980s and later bought by the Historic Columbia Foundation in 1993. It was added to the National Register of Historic Places in 1979.