The National Cowboy & Western Heritage Museum is America’s premier institution of Western history, art and culture. Originally founded as The Cowboy Hall of Fame and Museum by Chester A. Rogers in 1955, the museum in Oklahoma City has since become internationally renowned for its collection of Western art and artifacts. The museum sponsors dynamic educational programs and ground-breaking scholarly research to stimulate interest in the enduring legacy of our American West. As of 2000, it is an American Alliance of Museums accredited museum. More than 10 million visitors from around the world have sought out this unique museum to gain better understanding of the West: a region and a history that permeates our national culture.

The 1915 version of James Earle Foster's "The End of the Trail." 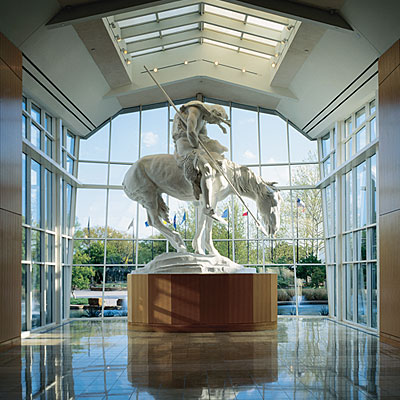 The exterior of the National Cowboy & Western Heritage Museum in 2018. 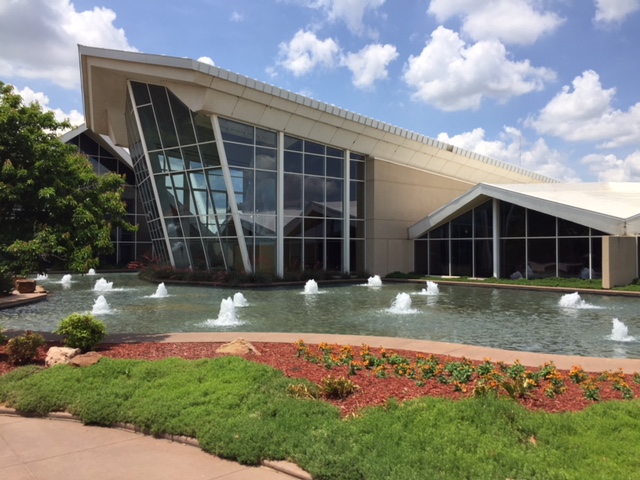 A replica of a Frederic Remington statue outside of The Cowboy. 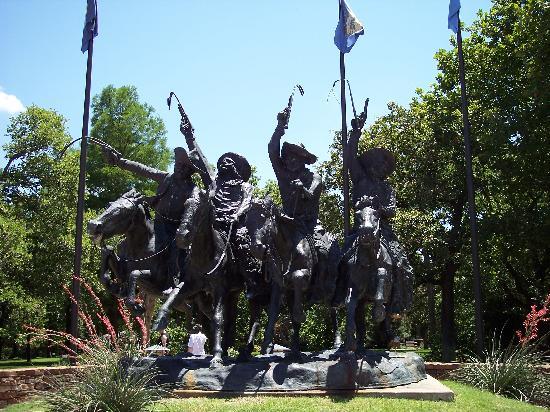 The exterior of the National Cowboy & Western Heritage Museum in 1972. 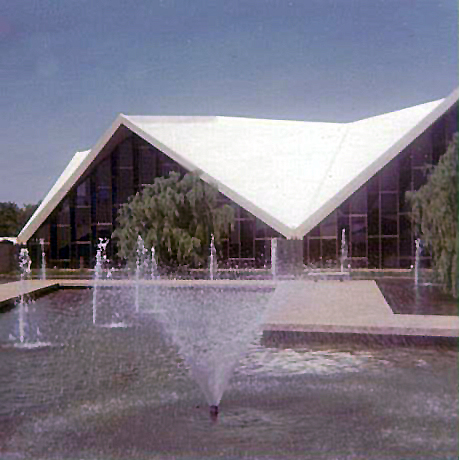 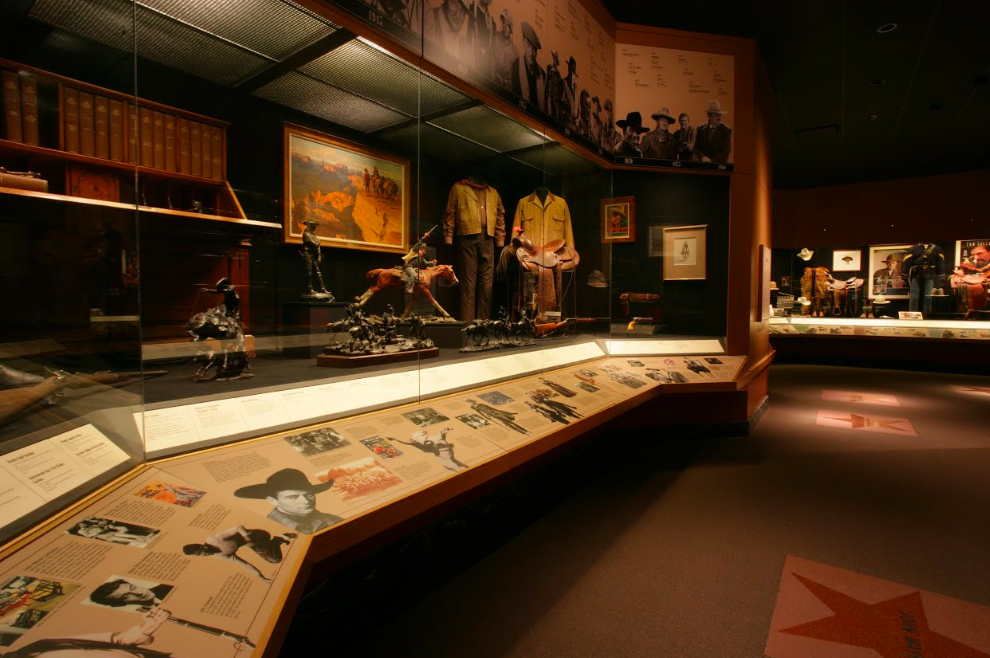 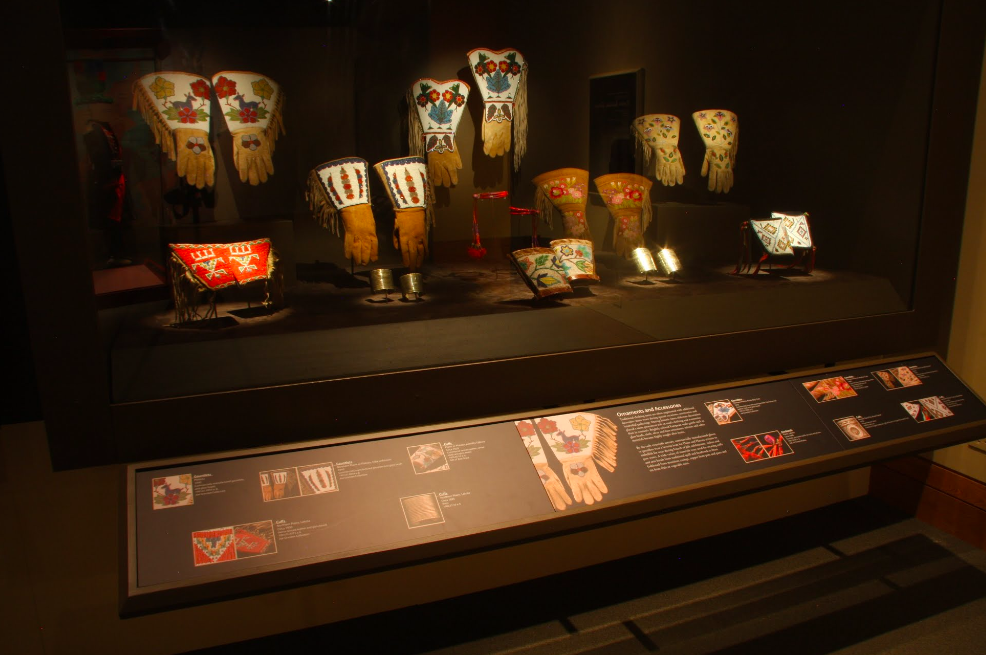 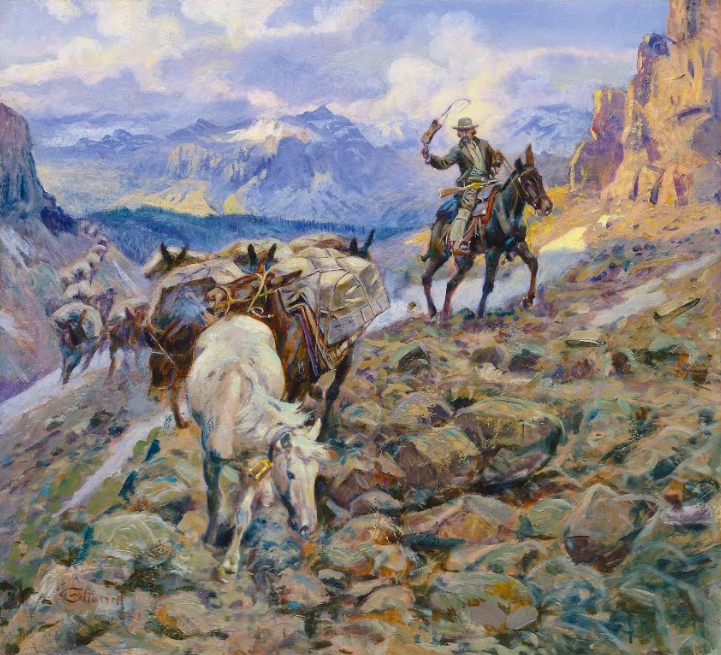 "The Buffalo Signal" (1901) by Frederic Remington. 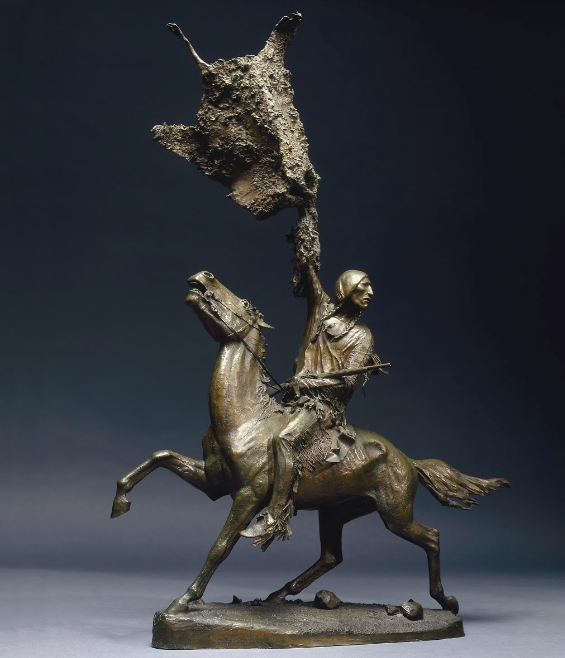 Kansas City, Missouri native Chester A. Rogers founded The Cowboy Hall of Fame and Museum in 1955. Motivated by his deep concern for the loss of Western heritage and culture, Rogers created The Cowboy Hall of Fame to honor the people who settled the American west between 1803 and 1861. “The institution was designed to represent seventeen western states, and its board of directors includes a representative from each.” Oklahoma City won designation for the museum when they donated a portion of land on Persimmon Hill for construction of the building. The museum then opened a national competition for the building’s design. The architectural firm Begrow and Brown of Birmingham, Michigan won the competition and designed the building in a modernist style. The building ended up being 80,000 square feet and “featured a roof line of white-peaked sections that suggested tents pitched on the prairie.” Construction of the building lasted ten years. During its construction, the Rodeo Historical Society began inducting honorees into the Rodeo Hall of Fame in 1955. Chester A. Rogers died in 1958, and never saw the building’s completion.

In 1960, the name was officially changed to the National Cowboy Hall of Fame and Museum. The First Western Heritage Awards presented the best in Western film, literature, and music in 1961. The same year, honorees were inducted into the Great Westerners Hall of Fame as well as the Performers Hall of Fame. When the building was finally completed in 1965, “the hall of fame concept was modified into a full-blown museum focusing on Western art.” The National Academy of Western Art, operating under the museum’s auspices, was organized in 1973 and held annual exhibits where they showcased Western art and introduced young artists to the public. The Academy allowed the museum to purchase one of their exhibit works, which became known as the Prix de West purchase. In 1970, the Persimmon Hill publication began as a way for the museum to showcase its exhibits, collections, and events. Between 1991 and 1997, the building was renovated with 14,000 square feet added on, making the building 20,000 square feet in total. During this renovation, the Western art focus remained intact and a historical component was added. This renovation included Windows to the West, “five monumental, eighteen-by-forty-six-foot triptychs depicting Western landscapes by Oklahoma-born artist Wilson Hurley.” Research capabilities were also expanded when the Donald C. and Elizabeth M. Dickinson Research Center was formalized. Along with those changes, the National Academy of Western Art was renamed the Prix de West Exhibition, education programs for children and adults were established, and annual events began to be held at the museum. On November 16th, 2000, the National Cowboy Hall of Fame and Museum was officially changed to the National Cowboy and Western Heritage Museum, also known as The Cowboy. The same year, The Cowboy was granted full accreditation by the American Alliance of Museums. Chester A. Reynolds has been honored by the museum with the creation of the Chester A. Reynolds Memorial Award, a prize granted to a person or institution contributing to the preservation of the history and heritage of the American West.

The Cowboy has one of the finest collections of Western art in the United States and one of the best contemporary art collections in the world. These collections include works by Frederic Remington, Charles M. Russell, and sculptor James Earle Foster who created the famous sculpture The End of the Trail. The Cowboy consists of both rotating exhibits and permanent exhibits. The rotating exhibits range widely in topic, while maintaining the Western theme. The September 2019 - January 2020 exhibit Caballeros y Vaqueros: The Origin of Western Horse Cultures depicted the development of horse husbandry in Colonial Mexico and New Spain based on Native American, European, African, and Islamic traditions. Find Her West was an exhibit in December to May 2021 that used photographs and other archival materials in order to educate about women of the West. In a 2023 exhibit, You Have Died of Dysentery: The Ways We Play Western, Western-set games were analyzed such as Oregon Trail, Red Dead Redemption, and board games, as well as Western media like novels, comic books, and cartoons.

The permanent exhibits are made up of several different galleries, including the Western Performers Gallery which honors performers who preserved the stories and legends that came out of Westward Expansion. This includes a John Wayne collection with objects donated from Wayne himself. The gallery displays costumes, posters, and props. The Native American Gallery showcases Native American artwork and artisans. Native American history is told through cultural art, clothing, and beadwork. One of the museum’s prominently featured artists, Charles M. Russell, also known as The Cowboy Artist, is honored with a gallery consisting of his artwork. The gallery tells Russell’s story as a poor student in St. Louis to a hunter, wrangler, and trapper on cattle outfits in Montana. His artwork depicts Western landscapes, cowboys, and Native Americans. There is also a gallery honoring artist Frederic Remington’s life and art. Through this gallery, guests can learn about Remington’s life growing up in New York State and moving to Kansas to briefly run a sheep ranch, before returning to New York to become a nationally revered artist. His paintings and sculptures depict working cowboys and Native Americans.