This is a contributing entry for Cape Charles Museum and Welcome Center and only appears as part of that tour.Learn More. 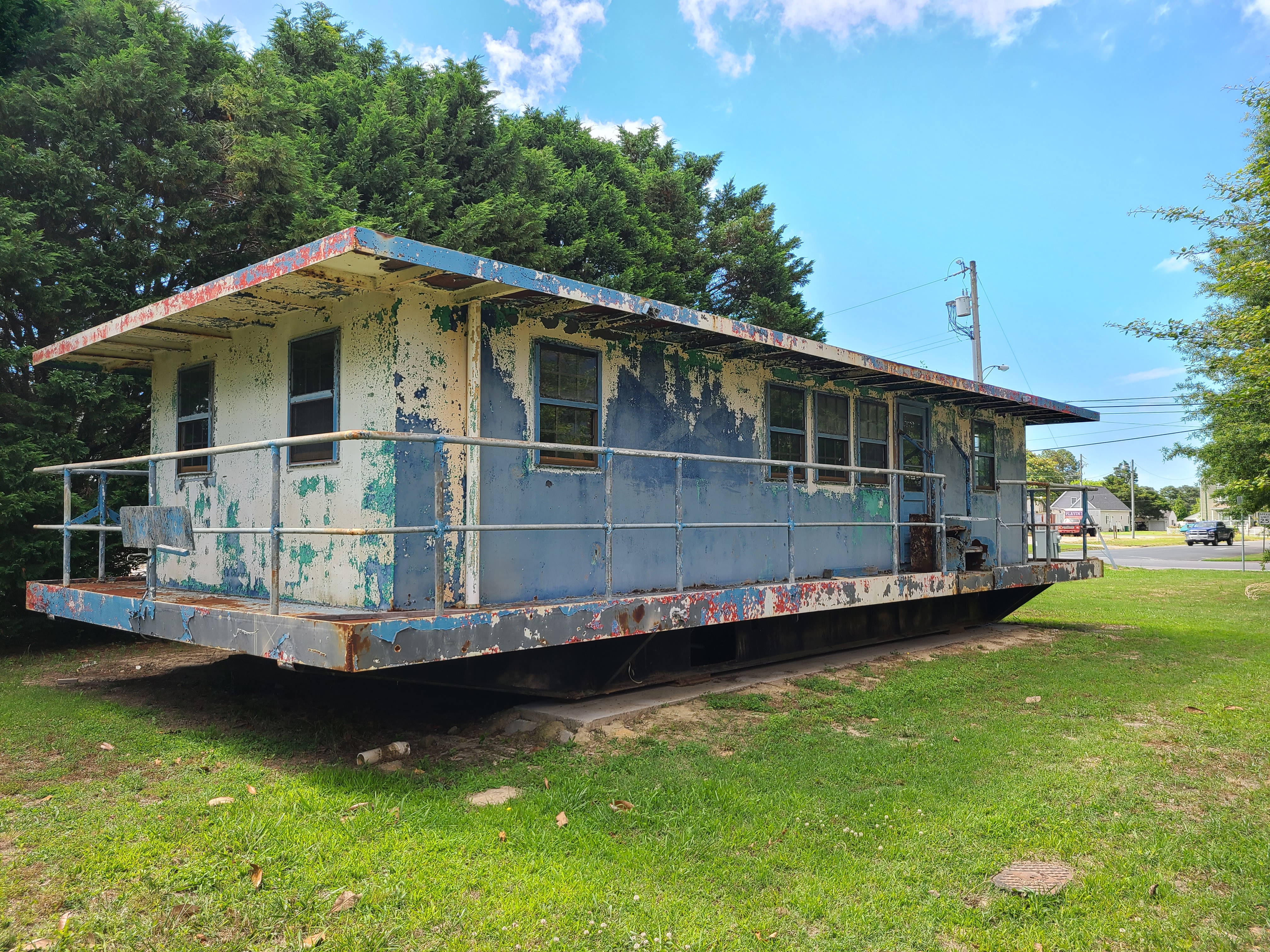 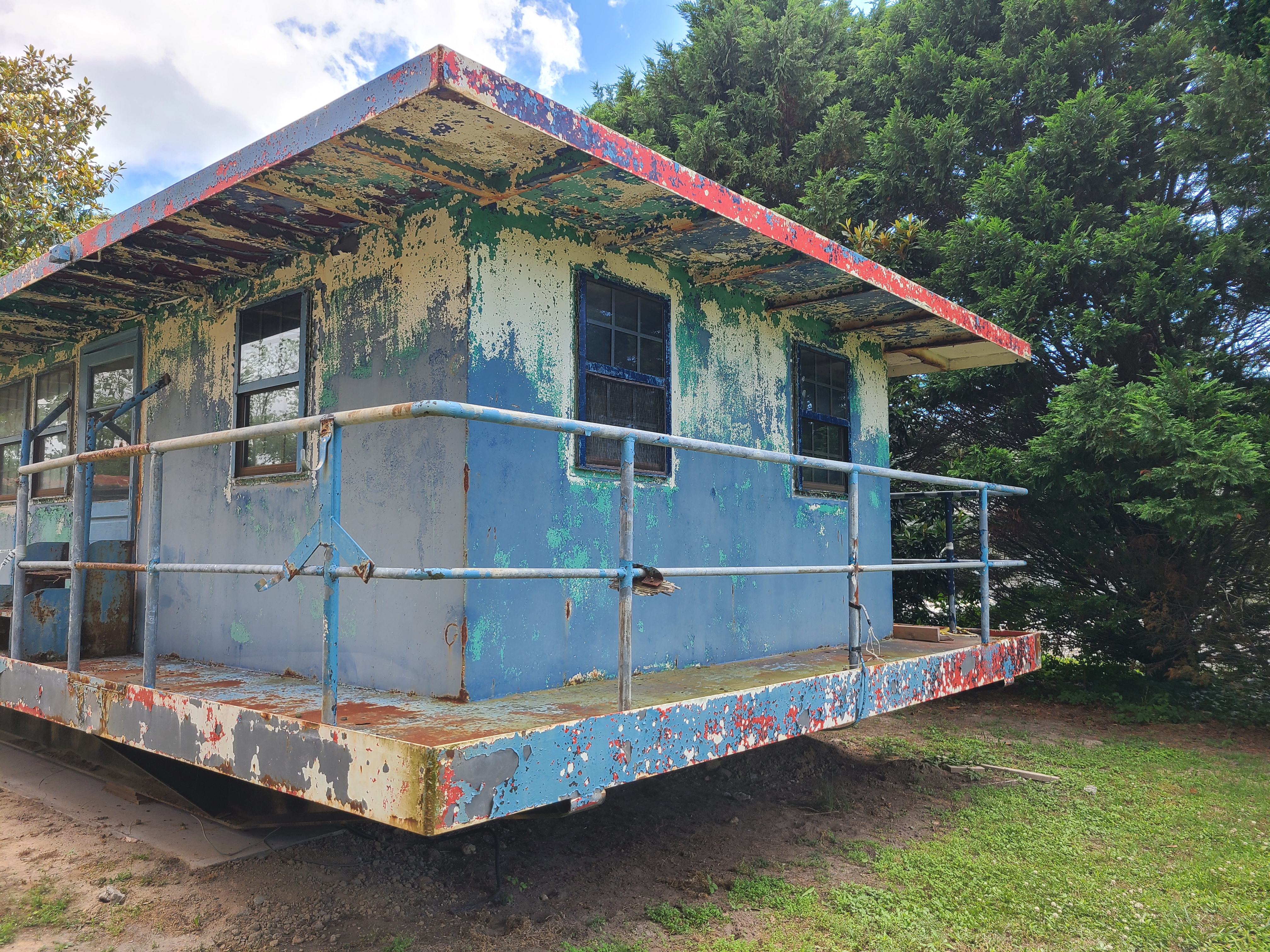 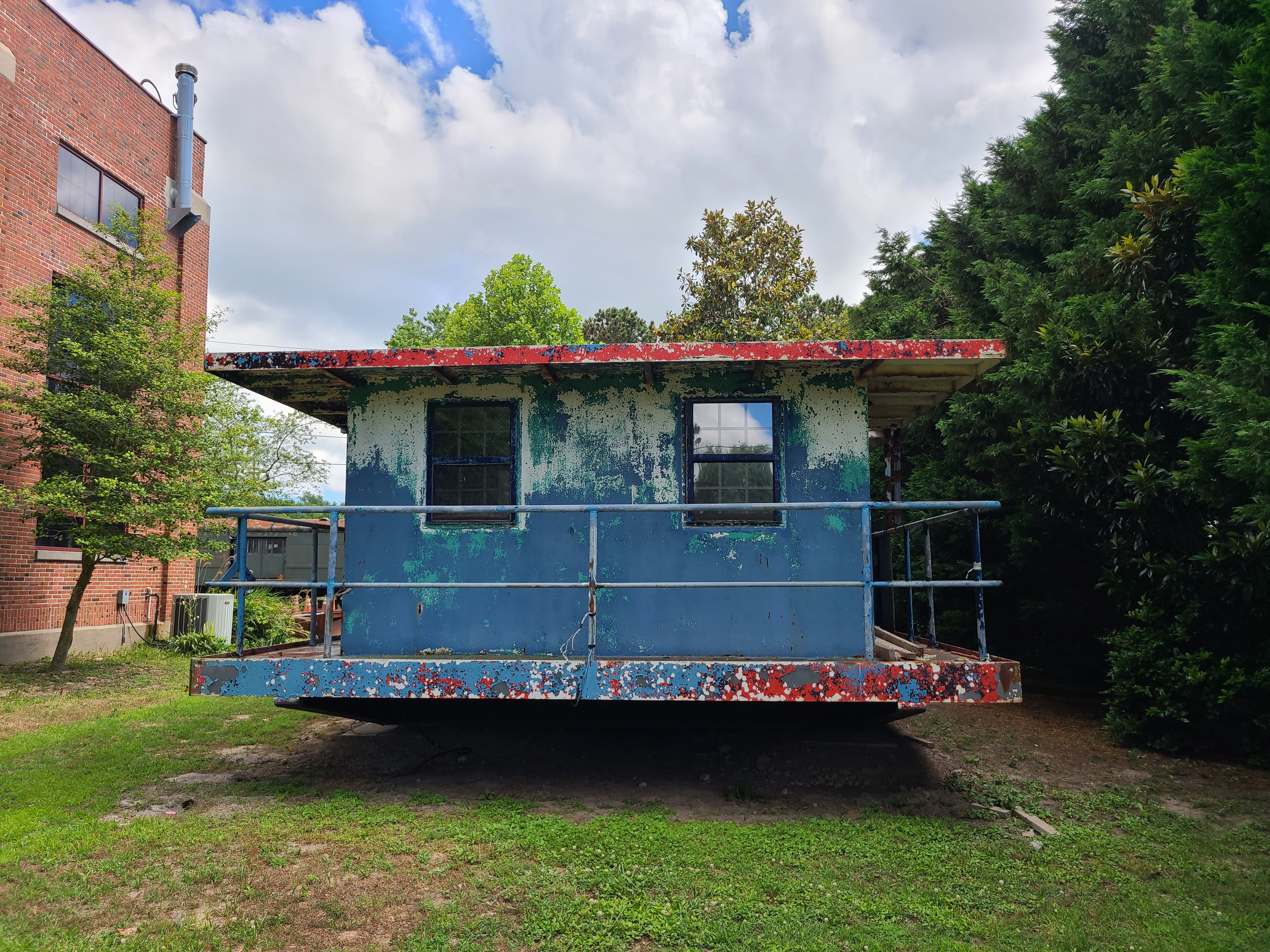 Railroad car floats were first used during the Civil War by Herman Haupt, a former chief engineer for the Pennsylvania Railroad who had assumed responsibility for building the railways and bridges that the Union Army needed to move troops and equipment efficiently. The first car floats operated in the Potomac in 1862. During the 1870s, the B&O Railroad employed a car float across the Potomac, and the concept was soon adopted by other commercial railroads to move freight, especially perishables, across waterways where bridges and tunnels were impractical. The PRR “navy” also operated car floats and passenger ferries in New York Harbor and the Delaware River between Philadelphia and Camden. The railroad adopted the term “bay barge” to distinguish the vessels in its Chesapeake Bay service from those used on its shorter routes.

The Captain Edward Richardson remained in service longer than any other barge in the Chesapeake Bay service, while its associated railroad changed hands from the Pennsylvania Railroad to the Penn Central (1968) to the Virginia & Maryland Railroad (1977) to the Eastern Shore Railroad (1981) to the Bay Coast Railroad (2005). On March 13th, 1981, the Captain Edward Richardson began to take on water a few miles from Cape Charles. She sank just thirty feet from the dock while loaded with tank cars, boxcars, and a switching locomotive, as well as ten new pickup trucks. The Captain Edward Richardson was salvaged and returned to service only to sink once more, this time in deep water, on October 30th, 1981. The Captain Edward Richardson was again raised but she lost her cargo of boxcars and her original deckhouse. A replacement was built by a North Carolina shipyard. This second deckhouse was removed in the mid-1980s when the Eastern Shore Railroad decided to abandon the vessel’s manned steering capabilities and the required crew. The deckhouse was moved into the railyard at Cape Charles where it served for a time as an office.

This bay barge had been named for Armel Edward Richardson, longtime boatmaster on the western side of PRR’s Chesapeake Bay service, who had formerly captained one of the railroad’s steamships called the Pennsylvania. In 1981, the Eastern Shore Railroad renamed the bay barge the Nandua, in keeping with a trend to give its vessels names with local meaning. Around the same time its tugboats, the Philadelphia and the Chicago, were renamed the Accomack and the Northampton. The railroad’s other barge was named the Debedeavon. Debedeavon was a seventeenth-century Accawmack chief who left his chiefdom to his daughter Nandua, charging her to maintain good will with the English settlers.

The Nandua continued to operate without her deckhouse and with her capacity downsized to twenty to twenty-five freight cars, often carrying loads too high or wide for railroad tunnels. In 1992 and again in 2009, the Nandua was refurbished at considerable cost. She last sailed in 2012. The Nandua was sold in 2018 to a used equipment dealer called Iron Planet which resold the vessel to a contractor specializing in marine construction, dredging, and other marine services.