This is a contributing entry for Community and Culture in the New River Gorge and only appears as part of that tour.Learn More.

Sandstone School operated on this site from 1925 until 1994. The official name of the educational institution was Green Sulphur District High School, though the emblematic sandstone construction and instruction of more than high school students led to the colloquial name. The building remained unaltered for a majority of the twentieth century, though facilities such as a vocational agriculture building, a gymnasium, and sports fields were added to the grounds. The first class graduated in 1929 and between then and 1971, nine hundred students received a high school diploma at Sandstone School.  Due to education restructuring in 1971, the school only taught elementary classes. In 1994, the Sandstone School was consolidated with other local area schools.

The Sandstone School was a community hub in its heyday. 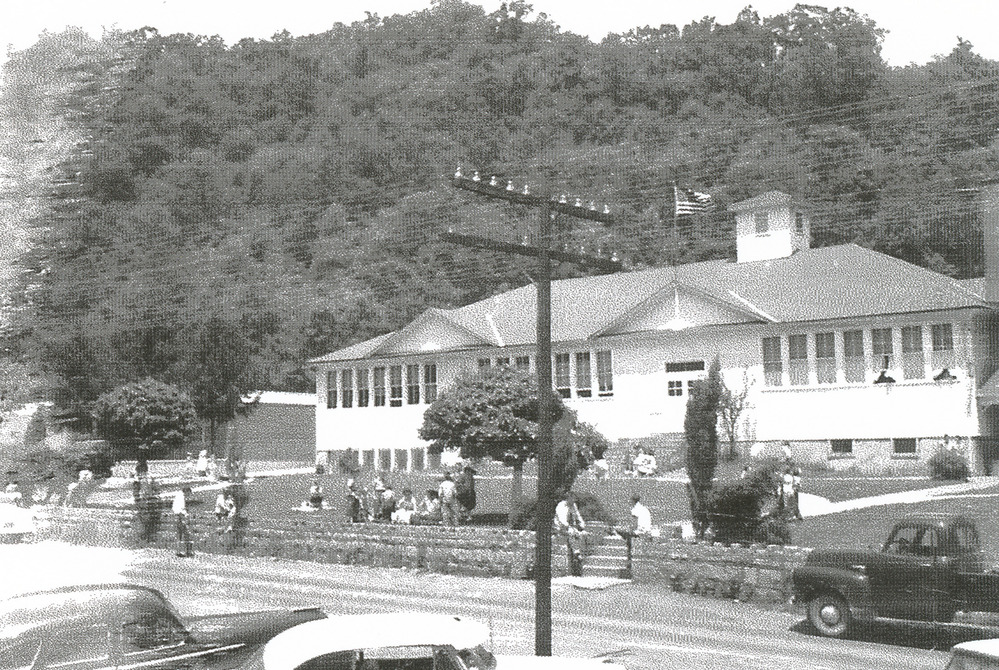 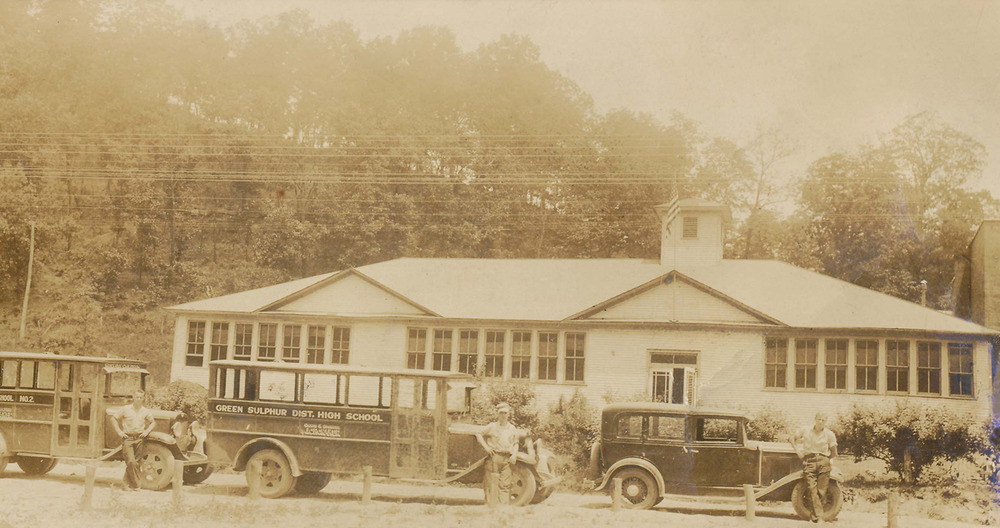 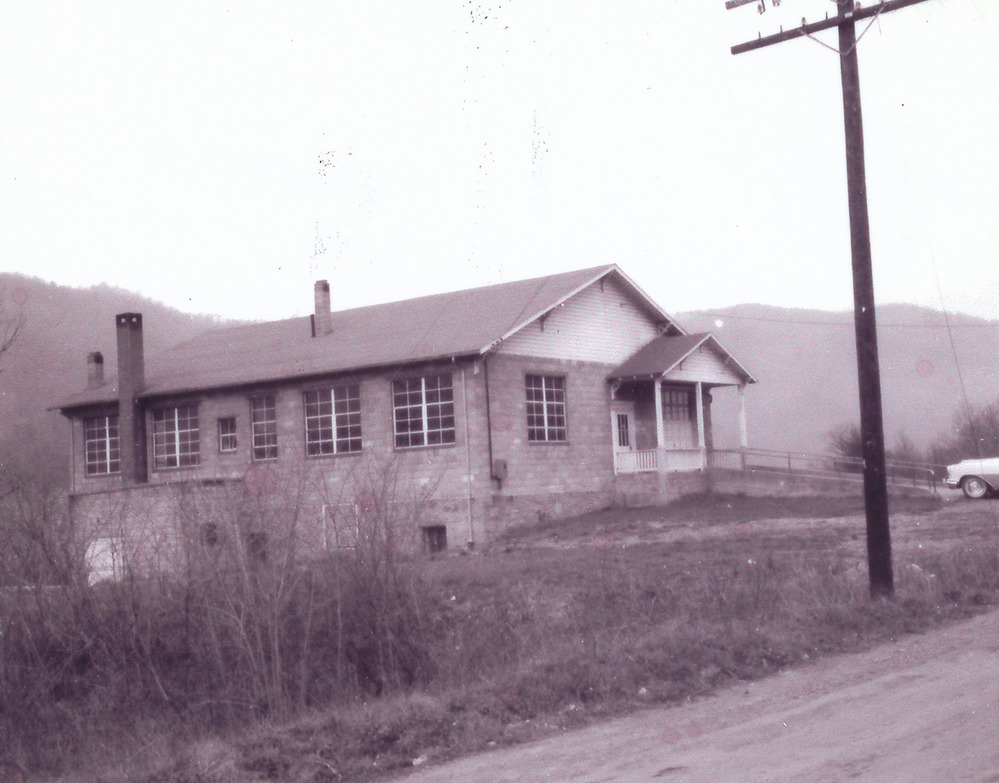 Sandstone School alumni in front of an interpretive plaque commemorating the school. 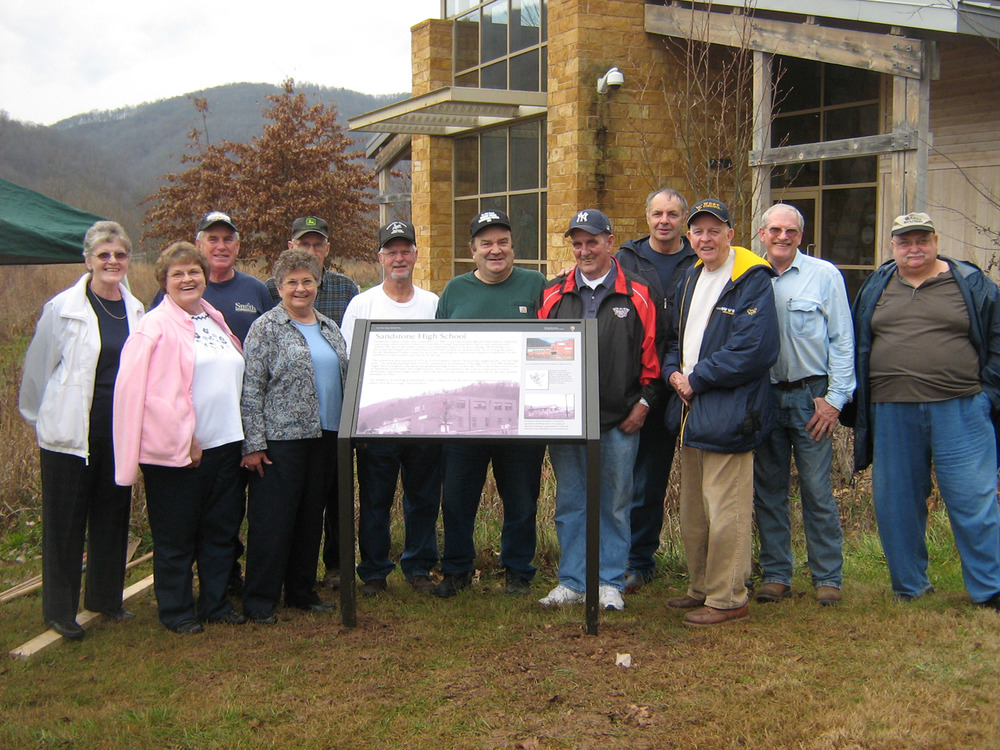