Confederate Offensive by Jubal Early, May 4, 8:00am

Salem Church, Part VI: Robert E. Lee intended for Jubal Early and Lafayette McLaws to coordinate a morning attack on Sedgwick’s corps on May 4. While McLaws did not move as planned, Jubal Early’s division moved north up the Telegraph Road and reclaimed Lee’s Hill and Marye’s Heights. This cut Sedgwick off from Fredericksburg and the Union troops still in the city. 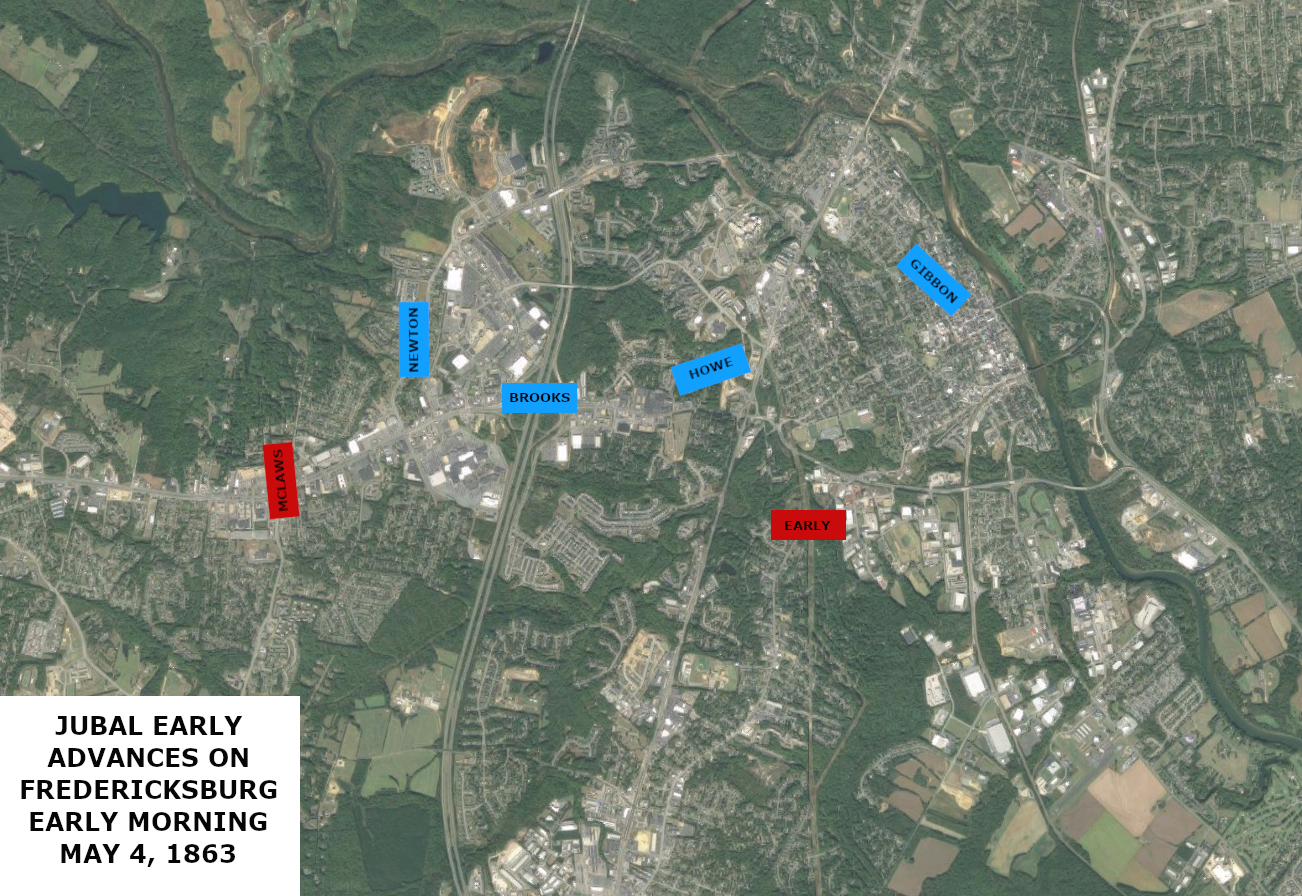 By 8:00am, Early's division had retaken Marye's Heights. This cut Sedgwick off from Fredericksburg and Gibbon's Union division. (map by Kathleen Thompson) 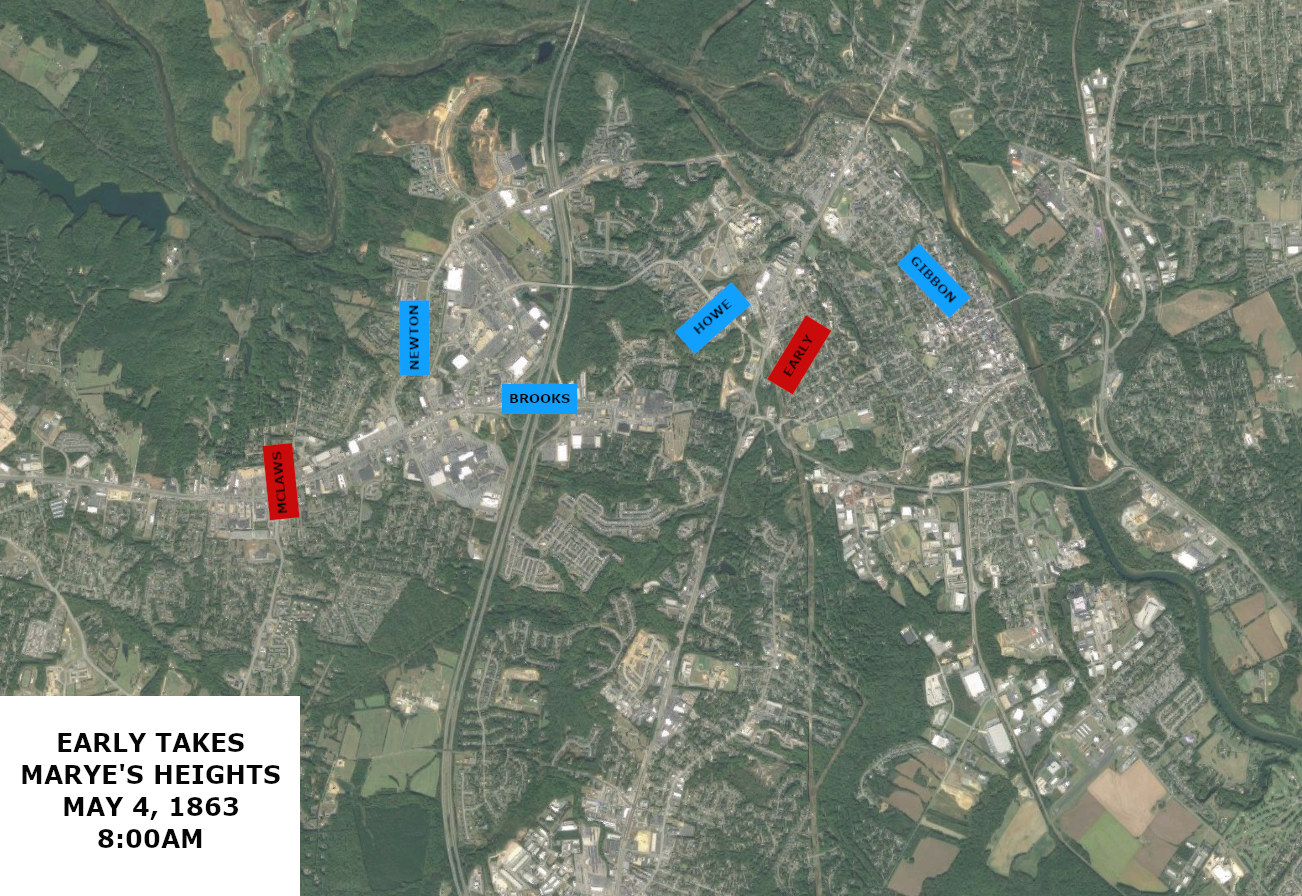 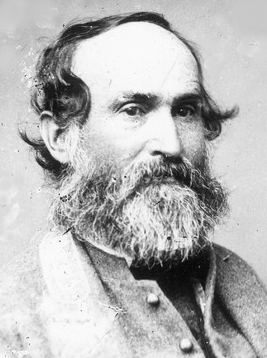 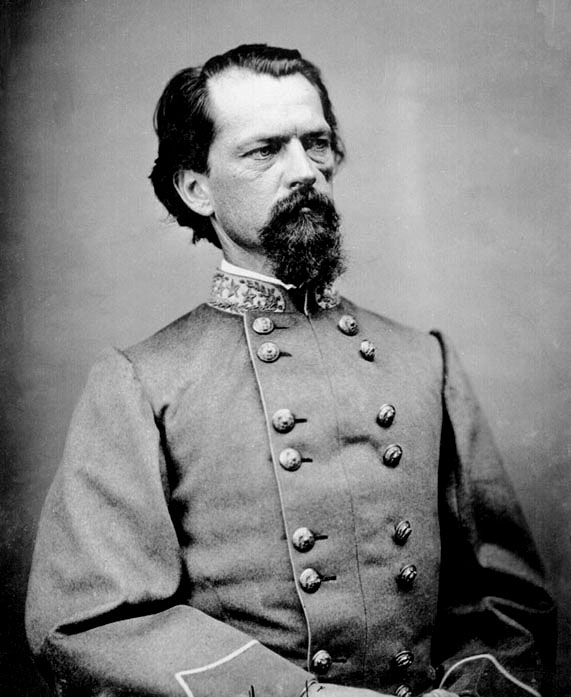 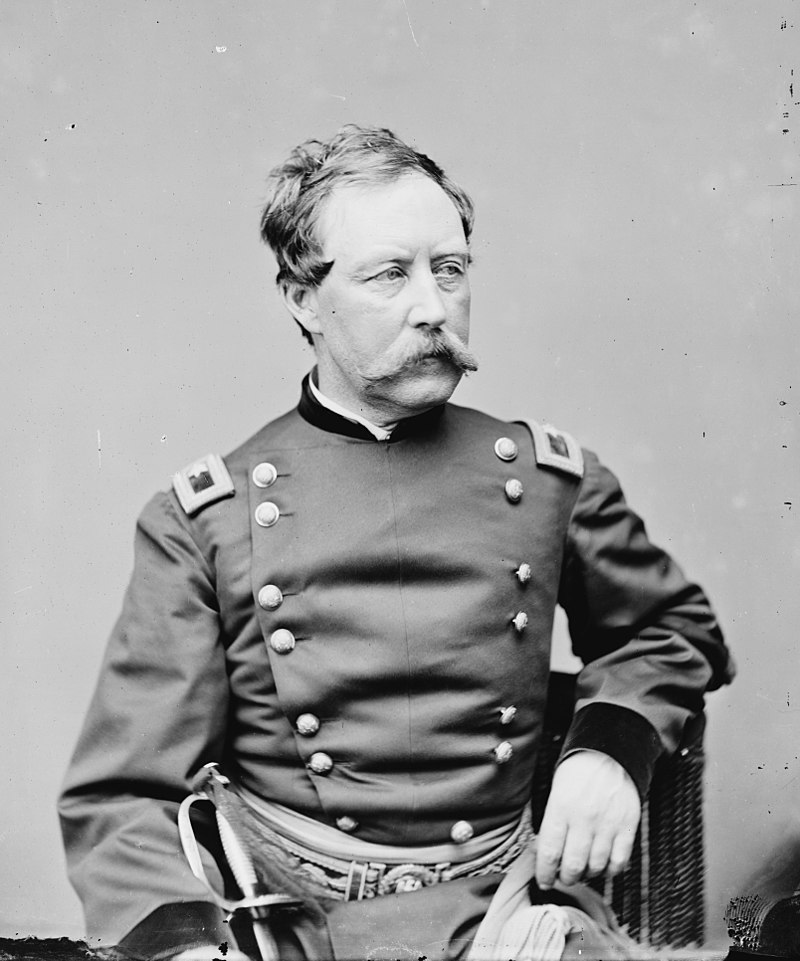 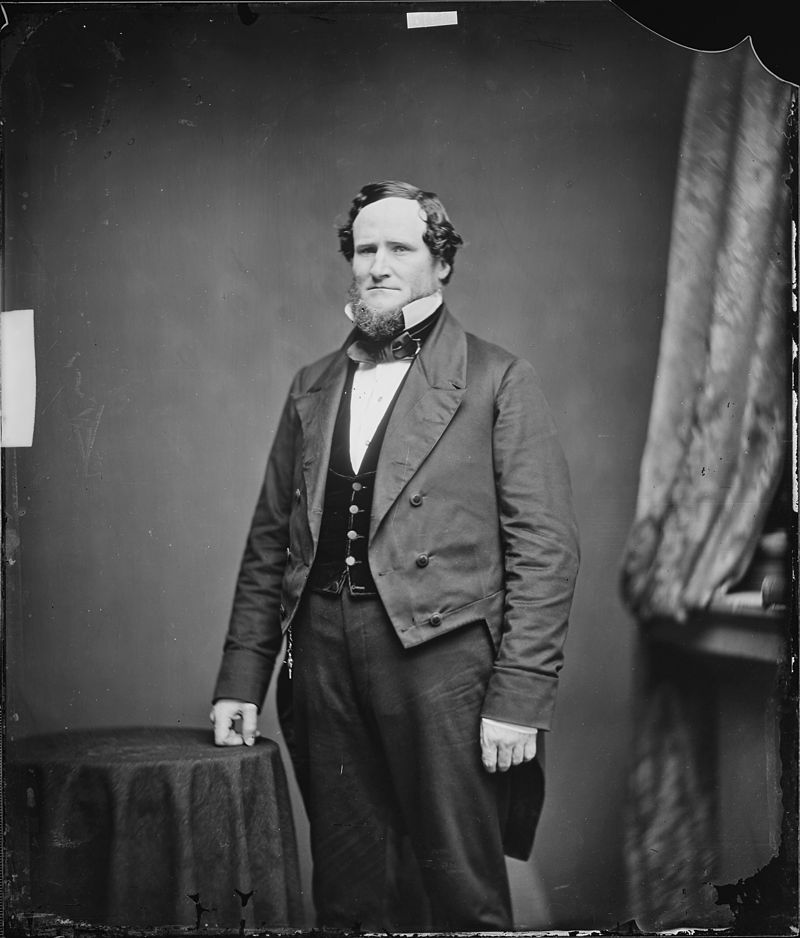 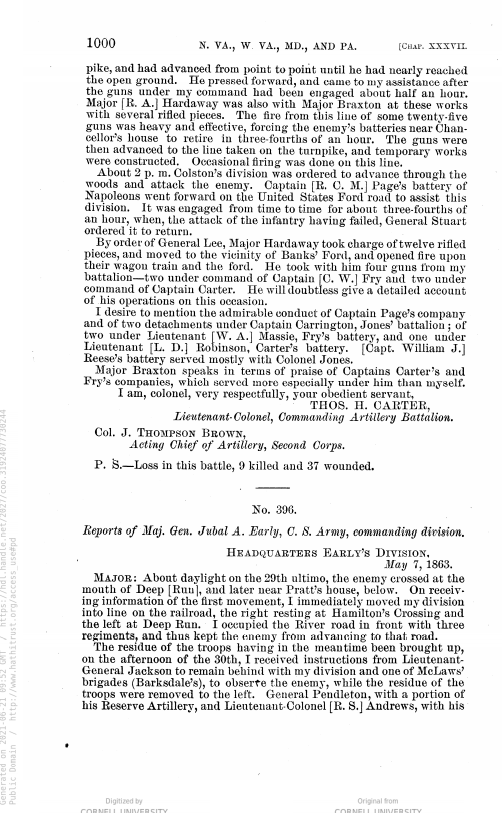 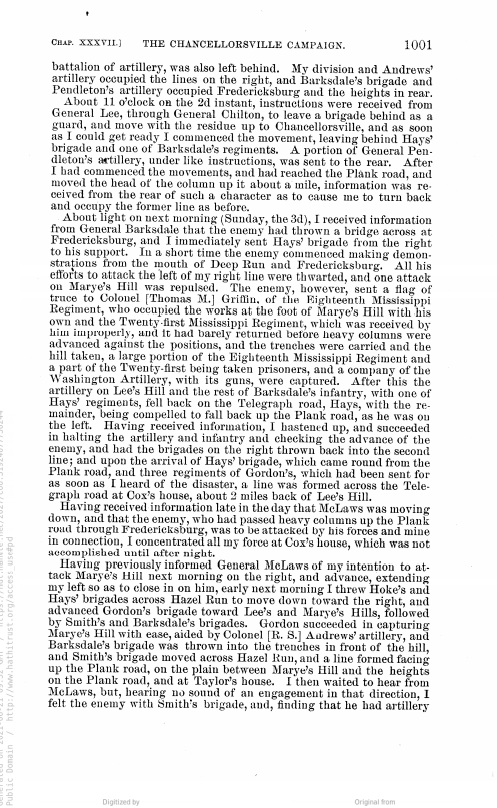 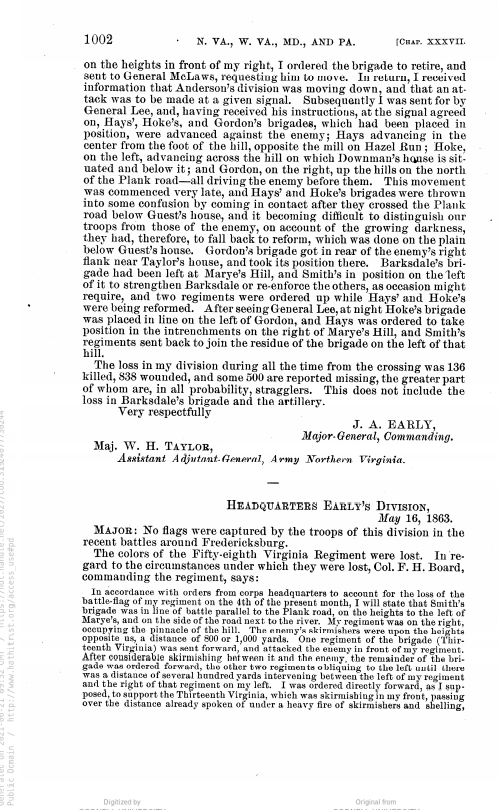 At dawn on May 4th Early advanced his division from their position by the Cox house on the Telegraph Road north towards Lee’s Hill. Lee intended for Early and McLaws to coordinate their movements in order to join their lines and move against Sedgwick simultaneously. However, the timing was off from the start. Colonel John B. Gordon started his brigade up the Telegraph Road too early, forcing Early to advance the rest of his division to catch up. Fortunately for the Confederates, the Federal force had not held Lee’s Hill and Marye’s Heights after their victory on May 3 and Gordon’s brigade faced very little resistance in taking a position on the high ground and then continuing towards the Orange Plank Road.

Howe’s Second Division was positioned on the Orange Plank Road and they were completely surprised when Gordon’s artillery began firing on them from Lee’s Hill and Confederate skirmishers crossed Hazel Run on the attack. Howe sent forward a line of skirmishers to engage with the oncoming Confederate as the rest of his men pulled into defensive positions on the Plank Road. The ravine of Hazel Run slowed the Confederate momentum slightly, allowing Howe to reform his line. However, by around 8:00am, Early had successfully retaken Marye’s Heights and cut Sedgwick off from Fredericksburg. While Early’s division moved into positions on the Heights, Brig. Gen. William Barksdale’s brigade retook their previous position behind the stone wall on the Sunken Road. Gibbon’s Union Division prevented Early from retaking the city of Fredericksburg, but now Gibbon was cut off from Sedgwick.