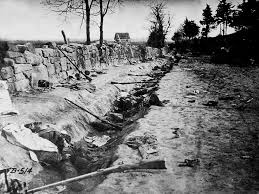 The Second Battle of Fredericksburg occurred on May 3, 1863 as part of the Chancellorsville Campaign. While Union General Joseph Hooker maneuvered most of the Army of the Potomac to the west to flank the Confederate Army of Northern Virginia under General Robert E. Lee, he left Union troops under Major General John Sedgwick as a division at Fredericksburg. When Lee took his army west to meet Hooker’s troops at Chancellorsville, he left a division under Major General Jubal Early to defend Fredericksburg. On May 3, Sedgwick’s force attacked the Confederate defenses at Marye’s Heights and successfully defeated Early’s force to open up a route to move west along the Orange Plank Road towards Chancellorsville.

Salem Church, Part I: At the end of the Second Battle of Fredericksburg Maj. Gen. John Sedgwick’s Union VI Corps held Marye’s Heights while Maj. Gen. Jubal Early’s division retreated down the Telegraph Road to the south of Fredericksburg. Sedgwick immediately wanted to move west to connect with the main Union army at Chancellorsville, but had to reconsolidate the three divisions of his corps on the Orange Plank Road.

Salem Church, Part III: Brig. Gen. Wilcox planned to stall Sedgwick’s VI Corps for as long as he could and placed several defensive positions along the Plank Road. These included cavalry located by the Downman House and infantry lines at the tollgate and Salem Church. Wilcox’s maneuvering successfully slowed the Union progress and made time for Confederate reinforcements to arrive.

Salem Church, Part IV: While Wilcox performed stalling maneuvers along the Plank Road, Confederate reinforcements under McLaws arrived at Salem Church. When Wilcox’s brigade fell back to Salem Church the Federal soldiers of Brig. Gen. William T. H. Brooks surged ahead expecting only one brigade at their front. Instead, they faced 9,000 reinforcements under McLaws and a fierce engagement ensured around Salem Church. A Confederate countercharge stopped the Federal advance and forced Sedgwick to take up a defensive position on the evening of May 3. 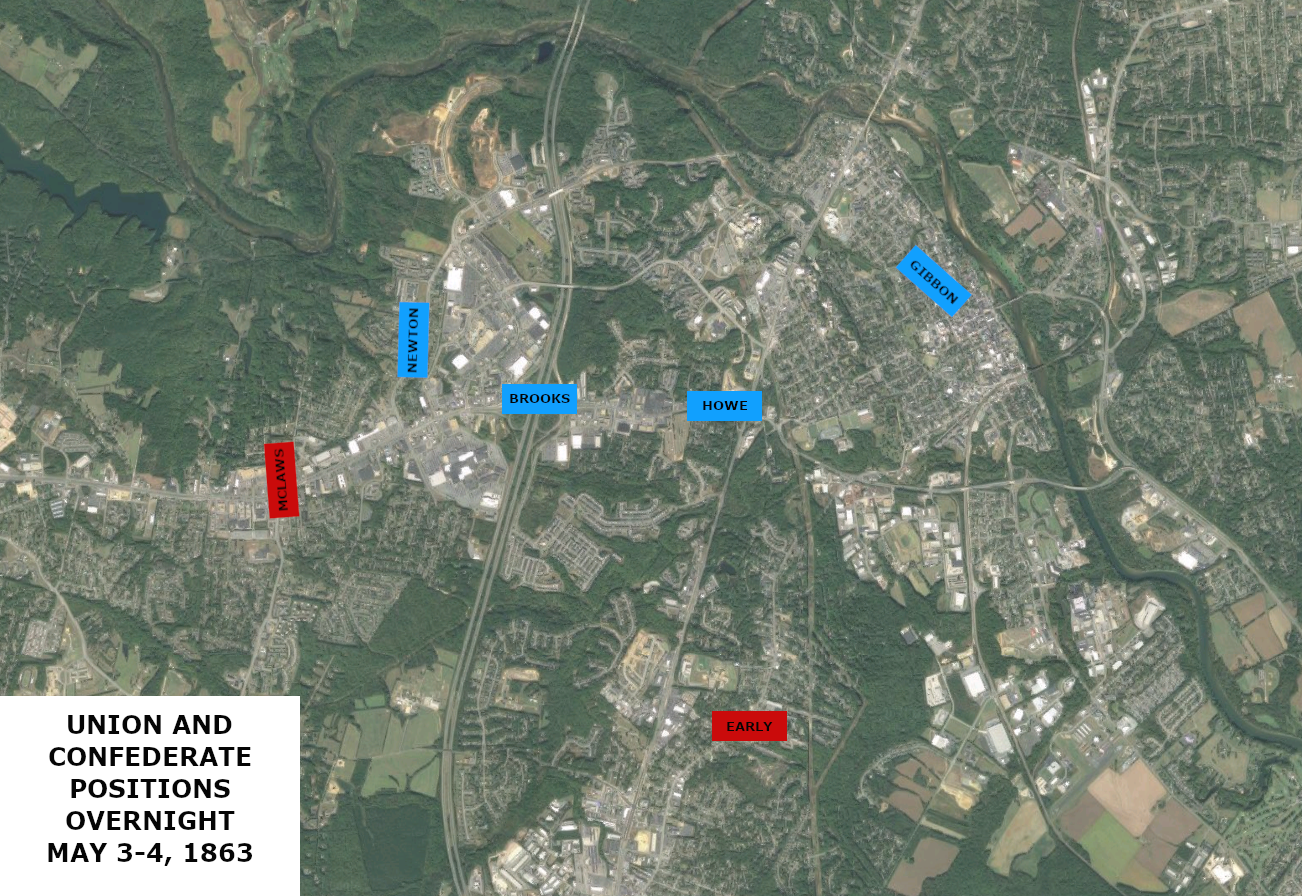 Salem Church, Part V: After the fighting at Salem Church Sedgwick repositioned his corps into a defensive position and waited for orders from General Hooker. Meanwhile, General Robert E. Lee saw an opportunity to destroy a section of the Union army and planned an offensive for May 4. With Hooker on the defense at Chancellorsville, Lee sent more reinforcements towards Salem Church.

Salem Church, Part VI: Robert E. Lee intended for Jubal Early and Lafayette McLaws to coordinate a morning attack on Sedgwick’s corps on May 4. While McLaws did not move as planned, Jubal Early’s division moved north up the Telegraph Road and reclaimed Lee’s Hill and Marye’s Heights. This cut Sedgwick off from Fredericksburg and the Union troops still in the city.

Salem Church, Part VII: As Early began the Confederate offensive on the morning of May 4, Sedgwick was still waiting for clear information and orders from General Hooker. Unsure of the exact situation at Chancellorsville and with the Confederate moving towards Fredericksburg, Sedgwick repositioned his corps again into a stronger defensive position.

Salem Church, Part VIII: After retaking Marye’s Heights, Early tried to determine the position of the Union force in front of him. Brig. Gen. William Smith’s brigade of Virginians tested the left flank of Howe’s Union division and fell back after a skirmish there. After failing to break through the Union flank, Early tried to coordinate an attack with McLaws on the other end of the Confederate line.

Salem Church, Part IX: With Hooker on the defense at Chancellorsville on May 4, Robert E. Lee turned his whole attention to the engagement at Salem Church. Lee and reinforcements under Maj. Gen. Richard Anderson arrived around noon and Lee began preparations for a coordinated assault as soon as Anderson’ men were in place.

Salem Church, Part X: Lee had planned for an offensive against Sedgwick early on May 4, but there were significant delays getting Anderson’s reinforcements into position between Early and McLaws. Lee’s attack began at 5:30pm with Early and Anderson’s troops attacking from the south and east. McLaws was to follow-up with an attack from the west, but his troops never engaged with the Union line.

Salem Church, Part XI: As Early’s division attacked the east side of Sedgwick’s line and engaged with Union troops of Howe’s division, the newly positioned reinforcements under Anderson also attacked. Terrain and exhausted troops resulted in the three brigades becoming tangled and barely engaging with the Union line of Brooks’ division.

Salem Church, Part XII: After Lee’s assault on the Union left and still without concrete orders from Hooker, Sedgwick decided to withdraw his corps to a safer position near Scott’s Ford in preparation for cross the Rappahannock to safety. Overnight from May 4 to May 5 Sedgwick crossed the VI Corps at Scott’s Ford. 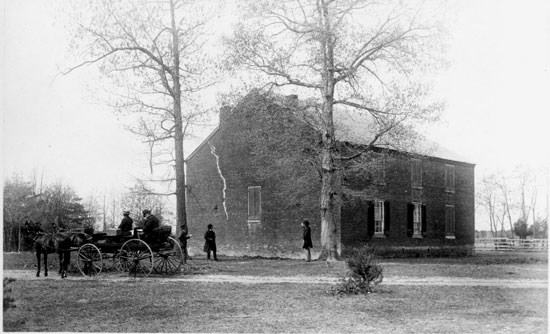 14. Salem Church and the Aftermath of Battle

Salem Church, Part XIII: After the Battle of Salem Church the church building was used as a field hospital for both Union and Confederate casualties. Over the next couple of weeks the wounded were transferred to northern or southern hospitals and the dead were buried outside the church. Some of the physical damage from May 1863 is still visible on the church building.

The Battle of Salem Church occurred May 3-4, 1863 as part of the Chancellorsville Campaign. Directly after the Second Battle of Fredericksburg on May 3, when Major General John Sedgwick’s Union VI Corps successfully took Marye’s Heights, Sedgwick moved west in an attempt to join General Joseph Hooker at Chancellorsville. A delaying action by Confederate Brigadier General Cadmus Wilcox along the Orange Plank Road prevented Sedgwick from reaching Hooker and allowed reinforcements to arrive at Salem Church. An engagement at Salem Church in the evening of May 3 forced Sedgwick into a defensive position. Robert E. Lee organized an assault on the Union VI Corps on May 4 which ultimately resulted in Sedgwick’s retreat across the Rappahannock.