Built in 1924, Union Station is the only passenger depot still standing in Davenport. The adjoining freight house was built at the same time and currently houses an Ethiopian restaurant. Constructing the two buildings was a joint effort of three railroad companies: the Chicago, Milwaukee and St. Paul Railroad; the Chicago, Burlington and Quincy Railroad; and the Davenport, Rock Island and Northwestern Railroad. Union Station is a good example of the Classical Revival style but is primarily significant for its association with railroading in Davenport. As of early 2022, it is used as an office building.

Union Station was built in 1924 and is the only passenger train depot still standing in the city.

The Freight House is attached to Union Station by a covered walkway. It was also built in 1924 and as of 2022 currently houses an Ethiopian restaurant. 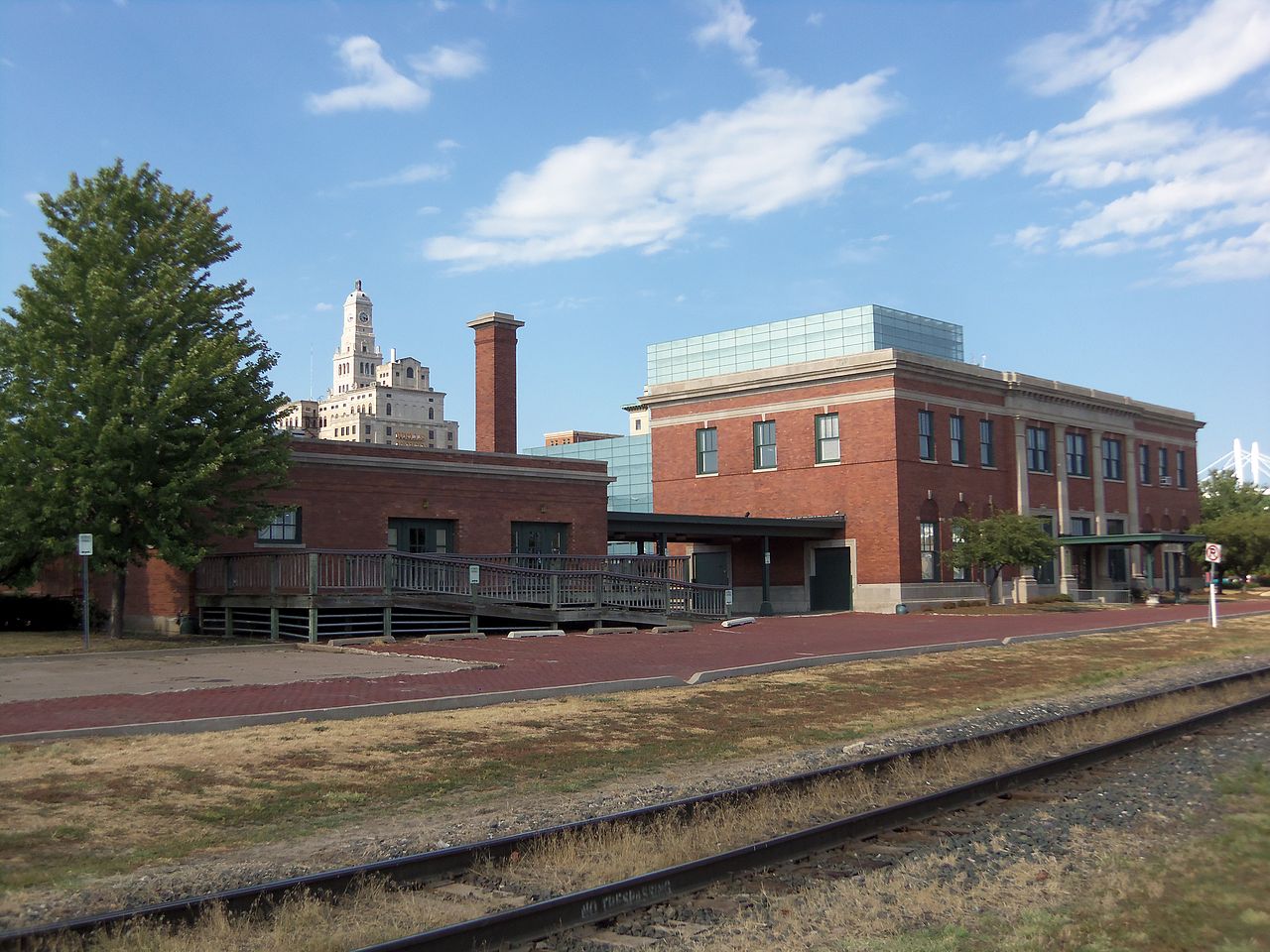 Railroads arrived in Davenport in 1856 when the first bridge across the Mississippi River was built between Davenport and Rock Island. Eventually, a number of railroads operated in Davenport including the Davenport, Rock Island and Northwestern Railroad (DR&NW). In 1901, the Chicago, Milwaukee and St. Paul Railroad and the Chicago, Burlington and Quincy Railroad bought the DR&NW. The three companies decided to build a joint facility in 1916 to better facilitate passenger service in Davenport but construction didn't begin until 1923. During their years of operation, the station and freight house contributed to the city's economic growth.

The importance of the station began to decrease after World War II and passenger service ended in the 1950s. How long freight service continued is unclear but Union Station operated as a bus station and then as a visitor center from 1990 to 2017. It was added to the National Register of Historic Places in 1983. The Ethiopian restaurant opened in the Freight House in 2018.

Both images via Wikimedia Commons: https://commons.wikimedia.org/wiki/Category:Union_Station_and_Burlington_Freight_House