The Crosse house was built circa 1864 and is a well-maintained example of Gothic Revival architecture designs that were constructed in Wisconsin between 1850 and 1880. The exterior contains ornate bargeboard (aka vergeboard) adorning the roof gable and similar ornamentation around the veranda style porch. Dr. Charles Giles Crosse and his wife Rowena first occupied the home with their 3 children around 1866 upon Charles’ return from serving as a surgeon in the Civil War. Charles Crosse was an early leading citizen of Sun Prairie and served as president of the village, on the board of trustees and importantly, led the effort to establish Sun Prairie’s first public High School in 1882. The Crosse family occupied the house throughout the lifetime of Charles and Rowena, until sold 1916. When the property was later acquired by the Sun Prairie Water and Light (SPWL) Commission in 1973 as a site for a modern office, a group of interested citizens formed the non-profit, Sun Prairie Historical Restorations Inc. (SPHR), with the goal of preserving the home as a historic city landmark. A subsequent agreement with SPWL provided for the house to be moved intact to a new foundation approximately 75 feet west of its original location where it was fully restored to its 1860’s state. The house was placed on the National Register of Historic Places in 1993 and is current maintained by SPHR for tours as well as public and private events. 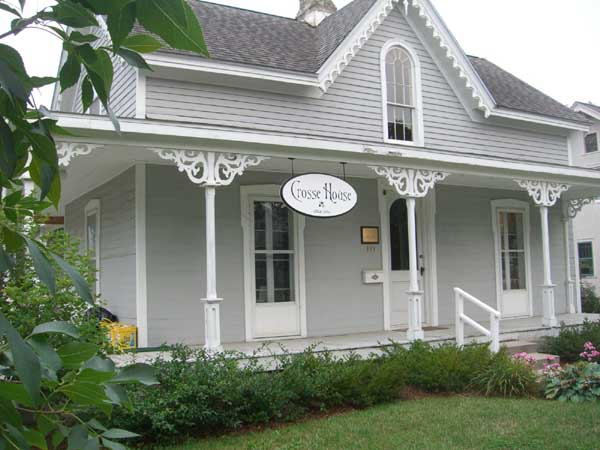 Christmas at the Crosse House 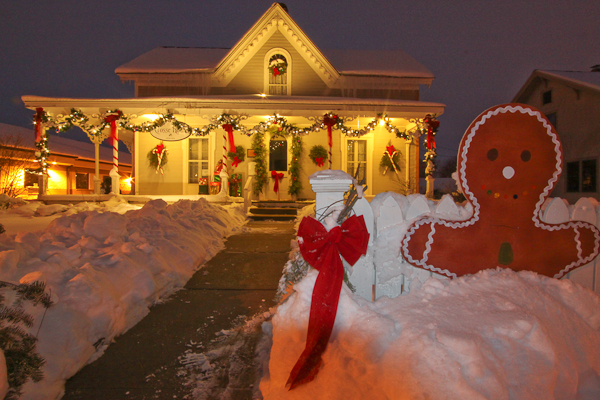 Inside the Crosse House 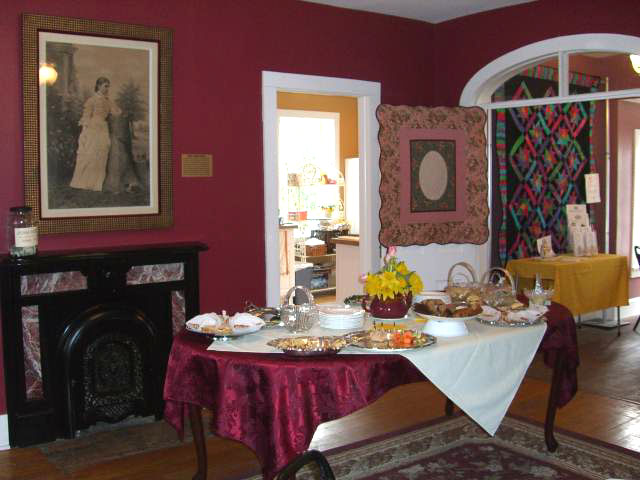 Moving 75 feet to a New Foundation 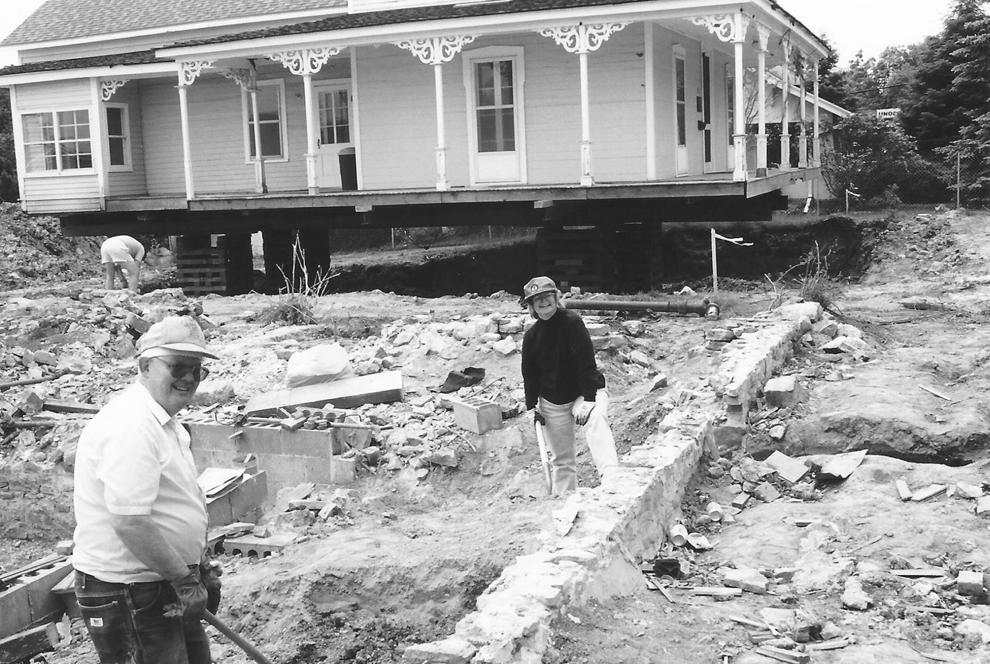 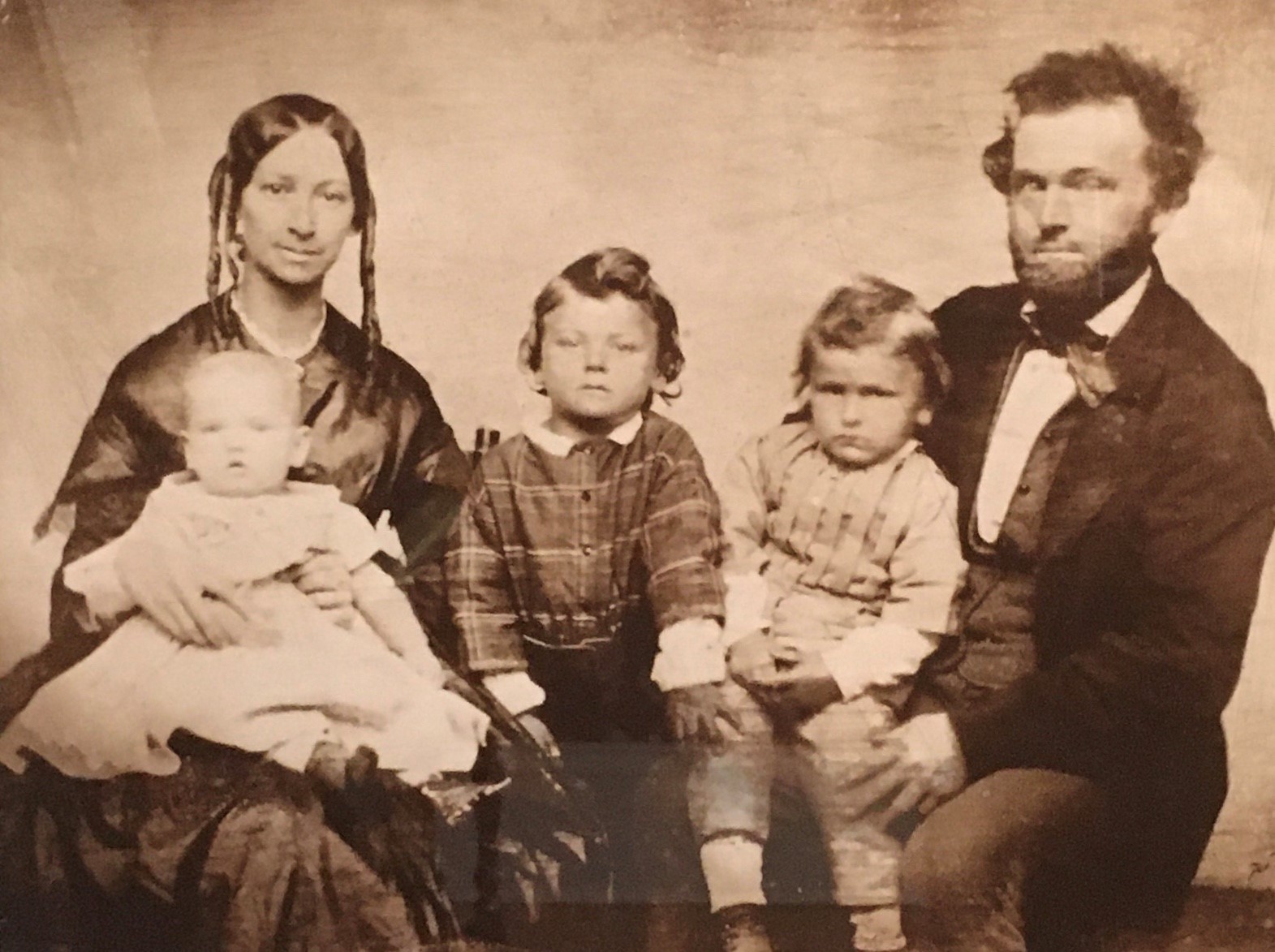 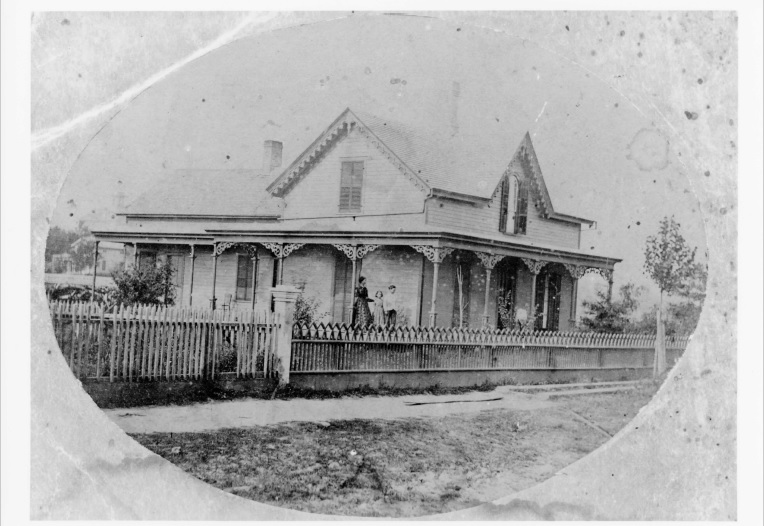 Dr. Charles Giles Crosse was a leading figure in Sun Prairie, who bridged the original mid 1800’s pioneer settlement with the established, commerce-oriented community that had emerged by the early 1900’s. Crosse was born in Cortland County, New York, in 1928 but spent his childhood in Lake County, Ohio where his parents moved the family in the 1830’s. He attended public schools in Ohio for his early education before entering Western Reserve College, where he completed his under-graduate studies. Continuing his education further, in 1853 he earned a degree of Doctor of Medicine from the Cincinnati Medical College. Dr. Crosse married Rowena Nancy Smith in 1853 and the newlywed couple set out with little beyond a horse and buggy towards Whitewater, WI where Crosse’s parents had previously relocated from Ohio. Charles and Rowena spent the next few years in Whitewater and later established themselves with a drug store and doctor’s office in Newport, WI. Their plans took a turn however, when the new rail line bypassed Newport, suggesting the town’s stagnation, and they realized that their future lay elsewhere. As it was now winter, they packed their two young sons and a small stock of drugs and household goods into a sleigh for the cold, 50-mile trip to the new railroad town of Sun Prairie, arriving on January 1, 1860.

Dr. Crosse and Dr. E. A. Woodward, who arrived in 1859, served the growing village and surrounding area of 1,159 residents. Due to the bankruptcy of the Milwaukee and Baraboo railroad in 1857, Sun Prairie had become the unintended terminus of the line and as such, was becoming a commercial hub for the local agricultural communities. Crosse opened a pharmacy known as the “Old Corner Drug Store” on the southwest corner of Main and Market streets and began to prosper in the new town. In 1864, he and his wife purchased the lot on Main Street where the historic Crosse house now sits. National events interrupted however, and Crosse joined the 50th Wisconsin Volunteer Infantry in 1865, serving as an Assistant Surgeon in the Missouri sector of the Civil War. Returning in 1866, Charles and Rowena completed and established residence in their new home along with their family of 3 children that now included a daughter born in 1860.

While maintaining a large practice as a physician, during the rest of the 1800’s Dr. Crosse was a prominent political contributor in the Sun Prairie community. Crosse served as President of the Village for three years, also three years as a Member of Board of Trustees, five years as Town Supervisor, and several years in the Wisconsin State legislature representing Dane County. Dr. Crosse had a strong interest in Sun Prairie’s education system, holding a position as Director of the school board for 25 years, and believing strongly in the value of free public education. Through his influence and overcoming significant resistance, Sun Prairie developed a comprehensive public school system with elementary grades 1-8 and the addition in 1882 of a 3-year high school with a 4th year added in 1888.

Aside from medicine and community affairs, Dr. Crosse had a wide variety of interests. He was particularly adept at working with mechanical machinery and innovating various devices, devoting a room in the Crosse house as his self-described “tinker-shop”. He patented inventions including a grain self-binder, a unicycle, a bow-facing oar lock, and a self-releasing thill for horse-vehicles, although he never pursued their commercialization. His mechanical interests extended into printing presses and thereby into the idea of producing a newspaper with his 19-year-old younger son, Charles S. Crosse, in 1877. After a few editions of their first paper known as “The Occasional”, the father-son team began publishing the village’s first successful newspaper, the “Sun Prairie Countryman”, in December 1877. The Countryman was operated by the Crosses for the next 12 years when it was sold, but continued to prosper, ultimately becoming the “Sun Prairie Star-Countryman” in 1946, and still exists today as the “Sun Prairie Star”.

After starting with the “Old Corner Drug Store” on the southwest side of Main and Market Streets, Dr. Crosse teamed with his older son, Theodore, also a doctor, and in 1883 moved the practice to a new building he constructed on the northwest corner of Bristol and Main streets. Dr. Crosse and his wife maintained their residence in the Crosse house throughout his life, until his death in 1908. The Crosse family sold the home in 1916. By that time, the village had matured, with sizeable downtown and residential districts, a new City Hall at which Crosse gave a dedication speech and had modern water systems along with electric lights; significant civic progress to which Dr. Crosse and his family had made a substantial contribution.

After the sale by the Crosse family, the home was first occupied by the Voelker family and was later used for residential rental and as an office for Dr. Frank Baldwin, a local optometrist. In 1973, the property was sold to the City of Sun Prairie’s Water and Light commission (SPWL). The SPWL intended to expand their existing, neighboring facility onto the land occupied by the Crosse House, foreboding an uncertain future for the structure. However, in 1976 a group of interested citizens formed the non-profit, Sun Prairie Historical Restorations (SPHR), Inc. with the goal of preserving the home as a historic city landmark. The SPHR began restoration activities and applied to list the home on the National Historic Register of Historic Places, which was successfully done in 1993. Associated negotiations with SPWL reached a desirable and pragmatic conclusion in 1999, when the Crosse House was moved intact approximately 75 ft west onto a new foundation, allowing the expansion of the SPWL facility to proceed.

Architecturally, the Crosse house is a fine example of Gothic Revival design characterized by steep pointed gables, adornment by elaborate bargeboard and a similarly decorated wraparound veranda. The clapboard exterior has been restored to its original circa 1864 appearance. Similarly, the interior of the house retains much of its original configuration, including a two-room suite that is believed to have been Dr. Crosse’s office and infirmary.