The Haas-Lilienthal House was designed by Peter R. Schmidt in 1886 and is the only private home built in the city in this period that is open to the public as a house museum, complete with authentic furniture and artifacts. The home features elaborate wooden gables, a circular corner tower and luxuriant ornamentation. Volunteer docents lead interior tours through the House and explain the exterior Victorian architecture. A display of photographs in the downstairs supper-room describes the history of the home and the family that lived here until 1972. 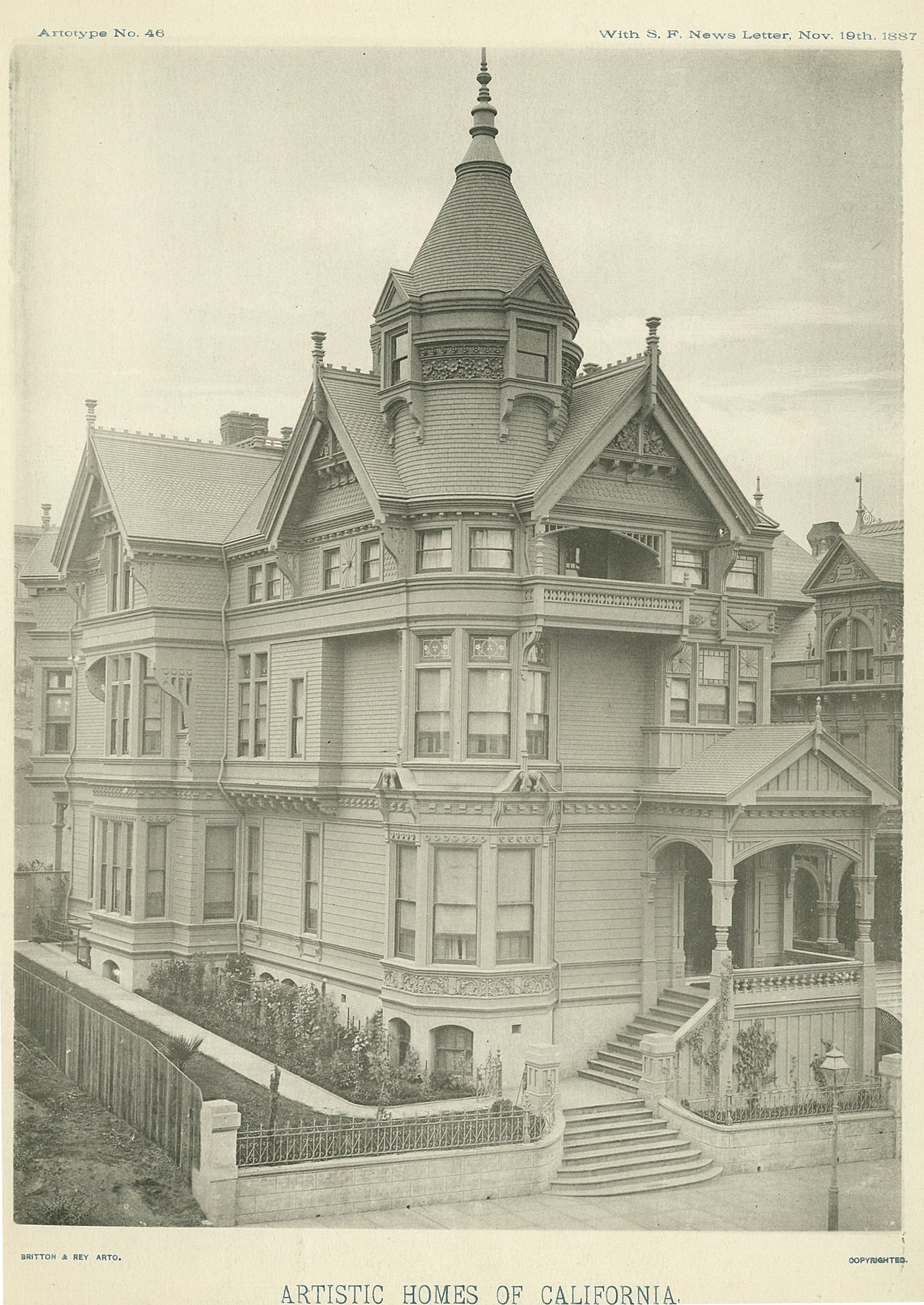 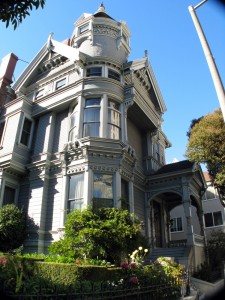 As the only period era home open to the public in San Francisco, the house beautifully exemplifies upper-middle class life in the Victorian era. Built in the Queen Anne style, the house features prominent open gables, varied styles of shingles and siding, and a turreted corner tower topped by a “witches cap” roof. Built of redwood and fir, the house withstood both the 1906 and 1989 earthquakes with only minor damage. The house cost $18,500 to construct and deeds in the family’s possession indicated a property cost of $13,000. The great majority of dwellings listed in the same year were quoted at costs between $700 and $2,000, making the Haas home quite expensive for its time.

Peter R. Schmidt, a prominent San Francisco architect, pursued a lengthy career and worked as partner of many firms.  It isn’t known exactly why the Haas’ selected Schmidt as the architect of their home, but it is likely attributed to Schmidt’s German heritage and past projects, which included many grand Victorians in the Pacific Heights area.

After Samuel Lilienthal’s death, his wife Alice Haas Lilienthal, continued to live in the house at 2007 Franklin Street and was visited frequently by family and friends. She was a vigorous woman who enjoyed horseback riding and swimming. She was swimming in Frances L. Stein’s pool in Nicasio, Marin County, when her heart stopped on June 30, 1972.

In 1973, Alice Haas Lilienthal’s heirs (Ernest R. Lilienthal, Elizabeth Lilienthal Gerstley, and Frances Lilienthal Stein) donated the house to the Foundation for San Francisco’s Architectural Heritage. Madeleine Haas-Russell (Charles Haas and Fannie Stern Haas’ daughter who grew up in the house) contributed many of the furnishings.

The Haas-Lilienthal House is San Francisco’s only Victorian house museum open to the public year-round for docent-led tours. The house has never been significantly remodelled or modified and remains one of the very few examples of its era in the neighborhood. In addition, it houses the offices of San Francisco Heritage. Heritage holds the house in trust for the enjoyment of future generations of San Franciscans.