The Eureka Inn is a large historic hotel in Eureka, California built in 1922 and significantly expanded two years later. It was designed by Frederick Whitton in the Tudor Revival style. It was completed around the same time that the Redwood Highway—connecting Eureka with San Francisco—was finished. The city of Eureka anticipated the large numbers of travelers who would drive northwards to see the Redwood forests and therefore saw the hotel as a centerpiece in its plan to boost Eureka's economic development. Several famous guests have stayed at the hotel including Ronald Reagan, Bobby Kennedy, Steven Spielberg, Joe Montana, and Robert Plant. The hotel has been well maintained over the years and has undergone several renovations, the most recent of which completed in 2010. 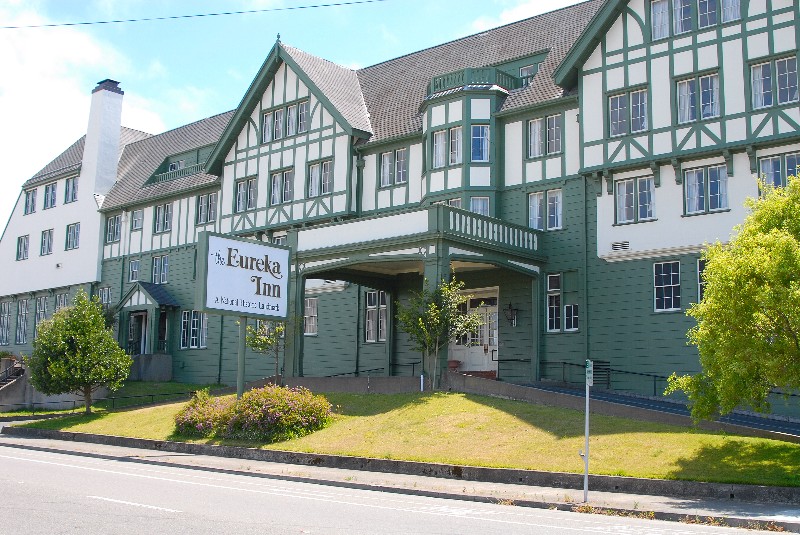