The West Virginia Veterans Memorial was designed by Charleston native P. Joseph Mullins, and built in stages from 1990-1999. The monument honors the over 10,000 West Virginian soldiers who lost their lives in the service of their nation. The memorial was originally funded by private donations and completed with the support of the state legislature. Though the memorial honors all West Virginian veterans, inscribed names are limited to four twentieth century conflicts for which data on West Virginian service exists: World War I, World War II, the Korean War, and the Vietnam War. The Veterans Memorial remains a popular gathering place for events and ceremonies that involve veterans. 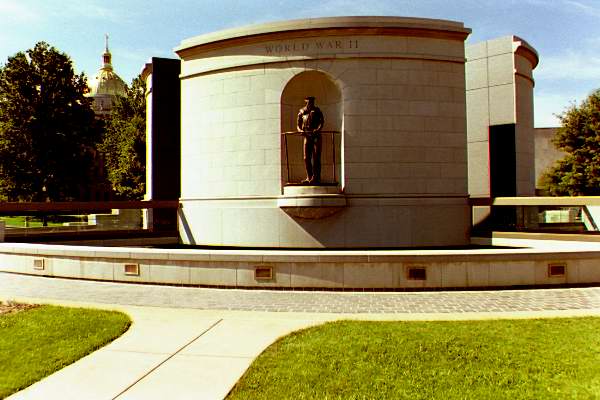 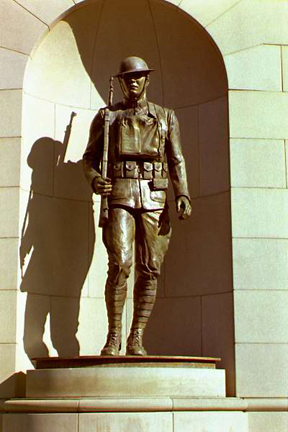 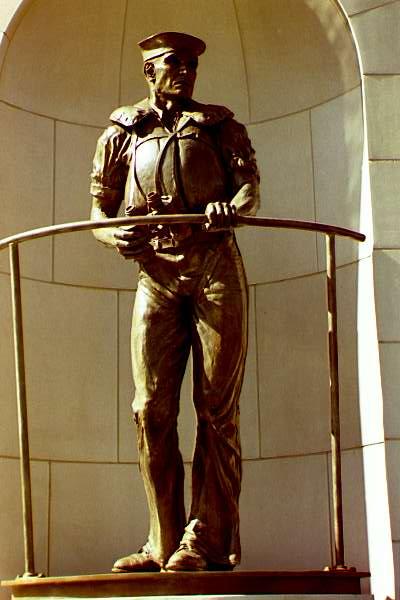 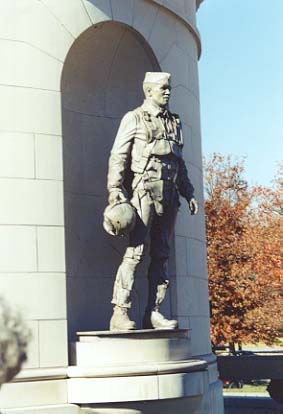 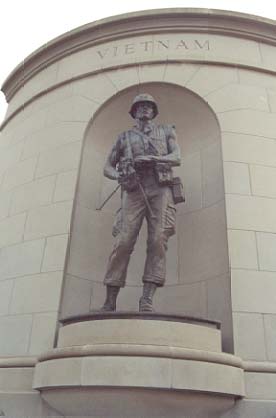 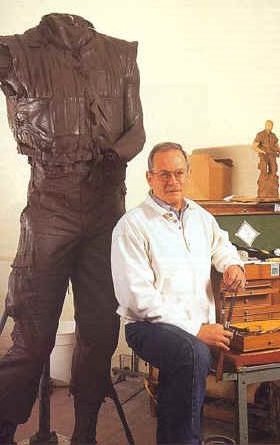 The West Virginia Veterans Memorial began as a privately funded project with a groundbreaking ceremony on June 22, 1990. P. Joseph Mullins was commissioned to design the monument. The foundation of the memorial was completed in 1991, and the monoliths were completed in 1992. In 1994, the legislature provided supplemental funding that greatly increased the speed of construction. It is estimated that the memorial's total costs are higher than four million. Commemorating WV veterans has continued through the Veterans Memorial Archives, where background information has been gathered on each Veteran honored in the Memorial. This portion of the project is constantly being updated as new information is discovered about the veterans.

The monument itself contains four sculptures, also designed and sculpted by P. Joseph Mullins. These sculptures include a World War One Army doughboy, a World War Two Navy sailor, a Korean Conflict Air Force Aviator, and a Vietnam Marine Corps Marine. The Memorial and World War Two Navy sailor sculpture dedicated in 1995, on Veterans Day. On Veterans Day of 1997, 1998, and 1999, respectively,, sculptures of the World War One Army doughboy, Korean Conflict Air Force Aviator, and Vietnam Marine Corps marine were dedicated. The memorial primarily honors those lost in twentieth-century conflicts, because it is almost impossible to determine the total number of West Virginians that served in the American Revolution, War of 1812, and the Mexican War, as the state was still part of Virginia at the times these wars were fought. The Veterans Memorial remains a popular gathering place for events and ceremonies that involve veterans.

The Veterans Memorial is a two-story oval monument. It is composed of four limestone monoliths with a reflecting pool around them. Each of the interior walls is finished with a polished Black granite in which the names of veterans are etched. The Veterans Memorial Commission compiled the list of names of West Virginia Veterans to be used in the memorial. P. Joseph Mullins was the designer of the memorial and the four statues that represent the major twentieth-century conflicts and one figure from each war. He is from Charleston, WV, and he had his studio in Charleston when he was asked to design the memorial. Mr. Mullins received his MA in Fine Arts from Ohio University. He is a Vietnam veteran himself.

These estimates from twentieth-century wars were listed by the U.S. Veterans Affairs Office and the U.S. Dept. of Defense. In total, the Veterans Memorial honors 10,302 West Virginians.

Highsmith, Carol M, photographer. The West Virginia Veterans Memorial, designed by P. Joseph Mullins in, at the State Capitol complex in Charleston. -05-06. Photograph. Retrieved from the Library of Congress, <www.loc.gov/item/2015631765/>.