Located in Vicksburg's historic district, Duff Green Mansion was built in 1856 by a prominent businessman named Duff Green. During the Civil War, the house served as a hospital for both Confederate and Union soldiers. During the the early 1900s, the mansion was used as a boy's orphanage and later, a retirement home for the elderly. In 1931, the Salvation Army bought the house and used it to minister to the needy. After the Salvation Army relocated to a larger headquarters, Mr. & Mrs. Harry Carter Sharp purchased the home and restored it to its original splendor. Listed on the National Register of Historic Places, the mansion operates as a bed & breakfast.

Now a bed and breakfast inn, the Duff Green Mansion was built in 1856 by businessman Duff Green. 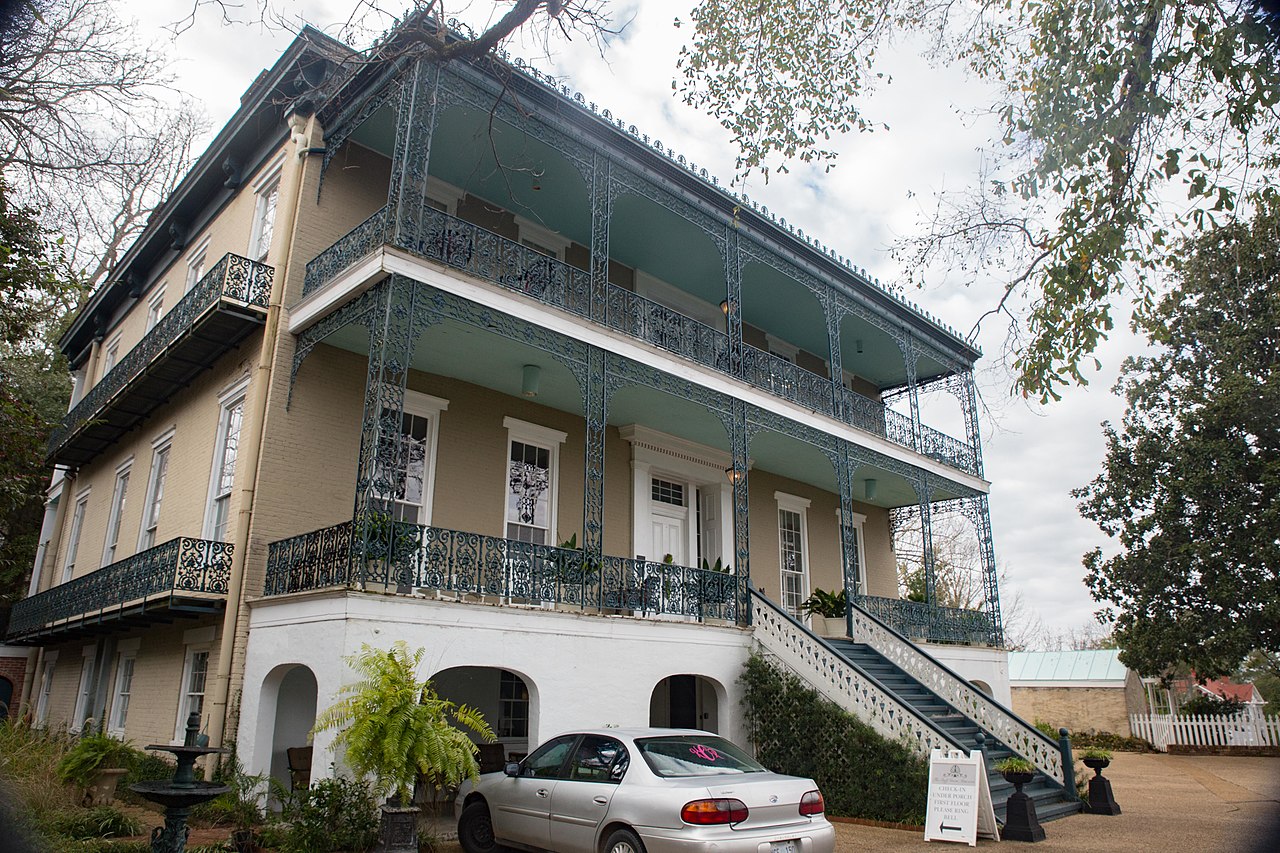 Duff Green built the mansion as a wedding gift for his wife, Mary Lake, in 1856. The house was an epicenter for social life as the Green couple hosted many grand parties on the premises. When the Civil War was underway in 1863, the Green Duff Mansion was hit by multiple Union cannonballs, so in hopes that the house would be saved from the crossfires, the Greens offered their home up for its use as a war hospital that would serve both Confederate and Union soldiers. The couple then moved to a cave that was located in their sideyard and Mary gave birth to a son there, naming him William Siege Green.

Even after the war ended, the Greens leased the mansion to the State, and it was used as a recovery home for wounded soldiers. The Greens finally moved back into their home in 1866 and lived there until 1880 when Mr. Green passed away and Mrs. Green sold the mansion to the Peatross family, who lived there until 1910. Then, the home was purchased by Fannie Vick Willis Johnston, a great-granddaughter of Vicksburg’s founder Rev. Newitt Vick.

In 1913, Mrs. Johnston donated the home as an orphanage for boys. And later, it served as a retirement home for the elderly. After Mrs. Johnston's death in 1931, the Salvation Army purchased the mansion and used it as their headquarters until 1985 when they relocated to a larger property. Mr. & Mrs. Harry Carter Sharp then purchased the home, and according to the Duff Green Mansion's official website:

The Sharps completely restored the Mansion to her former glory over a two and one half year period with the professional expertise of local architect Skip Tuminello. The combined efforts of The U.S. Department of the Interior, The Mississippi Department of Archives and History, and Tuminello insured the accuracy of the restoration. As many as twenty-seven layers of paint were removed, thirteen fireplaces restored, and fifteen bathrooms added. Magnificent chandeliers grace the fifteen and one-half foot tall public reception rooms painted in vivid historic colors. The entire mansion is decorated with period antiques and accented with works of art.

This walking tour begins at the Duff Green Mansion and the historic Anchuca Mansion and then moves in a loop through the heart of Vicksburg to include several historic homes, museums, downtown buildings, and historical markers.