Built in 1818, the historic antebellum mansion, most famously once belonging to Mississippi governor John A. Quitman, is a National Historic Landmark. Many of the furnishing in the mansion are Quitman originals, and the home now operates as a Bed and Breakfast. 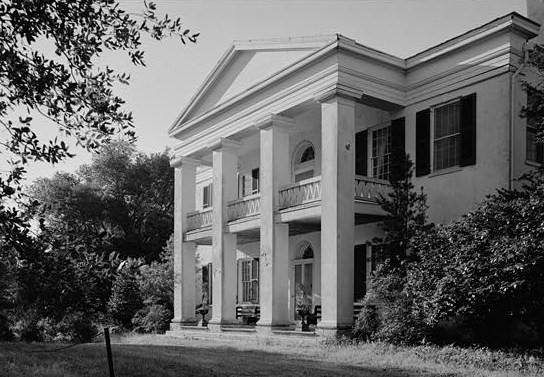 John Quitman moved to Natchez with no money, but soon married into one of the most wealthy families in the area. He became a partner at his wife's father's law firm as well as a plantation owner.

In 1846, Quitman served as an American war general and played a role in gaining Texas its independence from Mexico. In 1850, he became the governor of Mississippi.

After Quitman died in 1858 and his wife in 1859, Monmouth was left to their daughters and their families.

When the Civil War hit Natchez, Union troops occupied Monmouth; much of the property was plundered and many of the Monmouth slaves fled. However, years later, a number of Monmouth slaves, now free under law and feeling as though Monmouth was their home, purchased their own land on the edge of Monmouth property.

Today, the property is owned by Nancy and Warren Reuther and is operated as luxury inn. The couple continues to restore the home to its 1830s prime condition.