As part of the system of National Homes created by Congress in 1865, the Northwestern Branch became home to thousands of men disabled by service in the Union army during the Civil War. Many of the buildings--including Main, the Ward Theater, and the Chapel--still stand. The grounds were made into a Historic District in 1994. They can be accessed through the main entrance of the Clement J. Zablocki VA Medical Center at 5000 W National Ave, Milwaukee, WI. 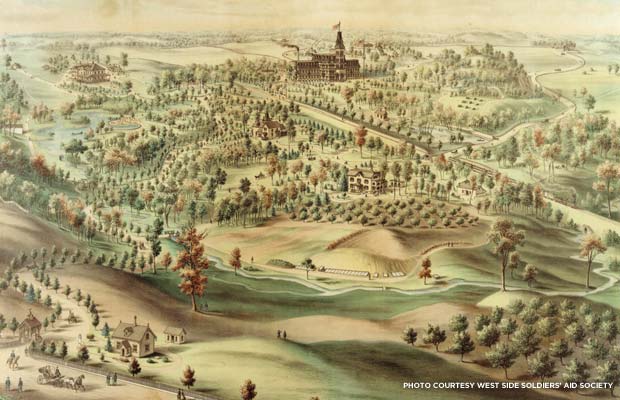 Patricia A. Lynch's book, Milwaukee’s Soldiers Home, offers images and descriptions of this historic site. To learn more about the book, please click the link below. 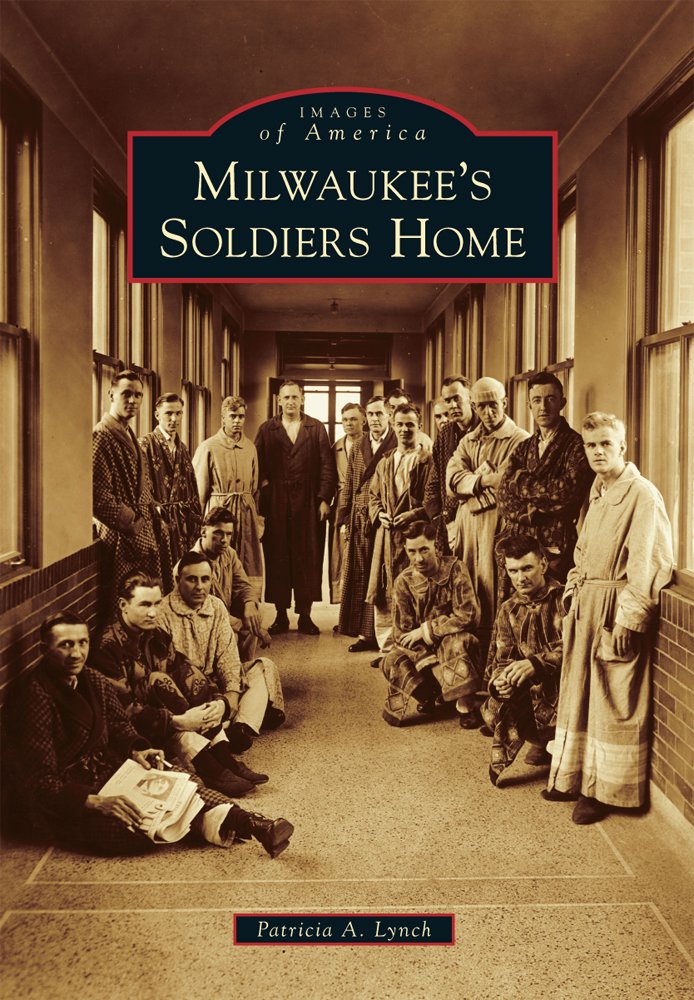 For more information about the larger history of Veterans' homes and welfare, please read Creating a National Home: Building the Veterans' Welfare State, 1860-1900. 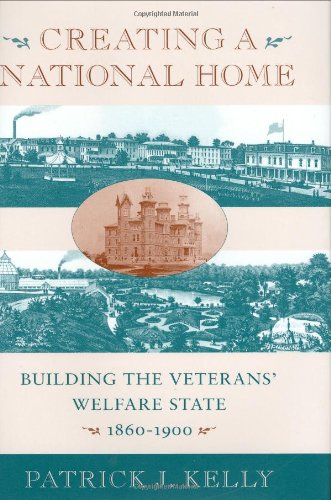 Founded by one of the last bills to be signed by President Abraham Lincoln, the National Asylum (changed to Home in 1873) for Disabled Volunteer Soldiers was designed to provide housing and medical treatment for Union soldiers suffering from wounds or sickness and unable to care for themselves.  By the end of the 1860s, branches had been established in Milwaukee, Wisconsin (the Northwestern Branch); Dayton, Ohio (Central); Togus, Maine (Eastern); and Norfolk, Virginia (Southern). Five more were added by 1900.

Partly funded by the $100,000 raised at the Soldiers’ Home Fair held in Milwaukee in the summer of 1865, the Northwestern Branch opened in May 1867 on a 400 acre site west of Milwaukee.  It would later be connected to the city by a short train ride.  By the 1890s, over 2000 men lived at the home.  In 1930, Congress combined the NHDVS system with the Veterans Bureau to form the Veterans Administration.  The Northwestern Branch, National Home for Disabled Volunteer Soldiers Historic District was placed on the Federal Register in 1994.

In addition to caring for the growing number of elderly and disabled veterans of the Civil War, the Northwestern Branch entertained tens of thousands of tourists every year.  The three man-made lakes and shaded drives provided popular outings for residents of Milwaukee, and the grounds hosted Milwaukee’s July Fourth celebration for a number of years.  Yet tensions between the Home and nearby communities were created by the numerous saloons established near the northern and southern entrances to the home (and the disorder drunken soldiers sometimes caused), and by occasional disputes over legal jurisdictions.

More than twenty buildings erected between the late 1860s and the 1920s still exist; some are still used by the Clement J. Zablocki Veterans Affairs Medical Center; others are in various stages of disrepair. Restoration plans for several of the major buildings have been developed, however.  Wood National Cemetery, established the Soldiers Home Cemetery in 1871, is now the resting place of over 10,000 veterans and family members. National Avenue, which runs along the southern edge of Milwaukee and past the Home, was named for the soldiers home.

The historic buildings are not open for tours, although the grounds are accessible by car during daylight hours.