One of the many displays at the Red Earth Museum 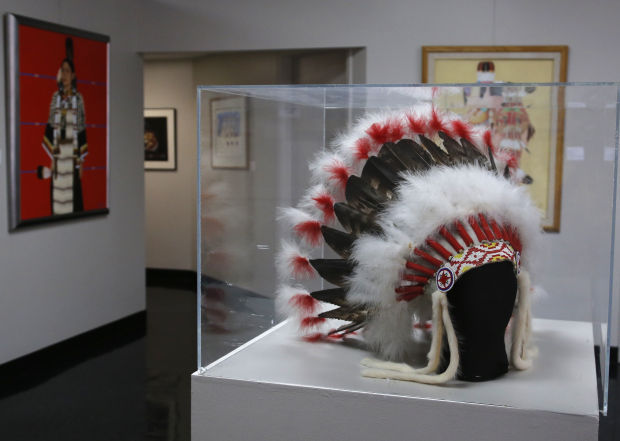 Picture of Native Americans in traditional clothing at the annual festival. 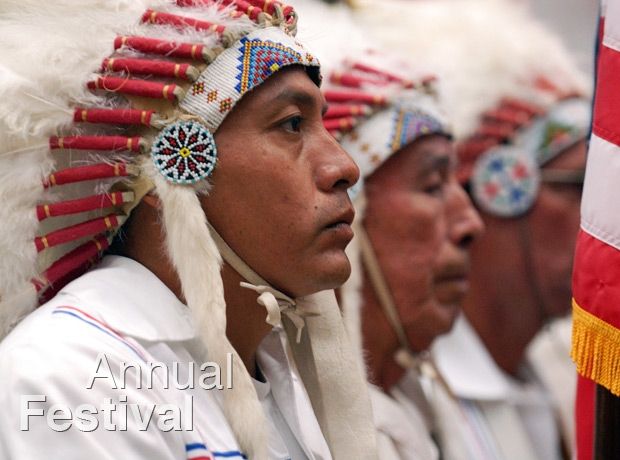 Red Earth, Inc. Museum is a non-profit organization that over the course of its existence as built up a reputable reputation. Not only does it house a large historical collection for Native American art and cultural pieces it is provides educational programs to teach the cultural history of the American Indian Tribes.

Although the merger occurred in 1992 the Red Earth American Indian Cultural Festival has been held every year since its inaugural year of 1987.  As of today it is “the largest and most respected Native American visual and performing arts event of its type in the world.” At this annual festival is also a juried art and dance competition. Juried art is where artist participate in an art contest where their work is judged by a judge or a panel of judges. The Art center allows artist to not only display their work through competitions they also allow Native American centered artist to sell their work as well. Artistry work includes pottery, art work, textiles, basketry, and beadwork.

This walk explores the history of Oklahoma's leading city and begins at two of the state's most significant cultural sites: the recently-constructed Oklahoma City Museum of Art and Civic Center Music Hall which was built during the Great Depression. The tour includes local landmarks and historic buildings such as the Skirvin and Colcord hotels as well as museums such as the Oklahoma City National Memorial and Museum.