Originally designed as a picnic spot for patrons of the Camden Interstate Railway Company which ran between Huntington and Ashland, Camden Park is one of the nation's oldest amusement parks. The park began with a carousel in 1903 and today it offers over thirty rides and attractions. Over the years Camden Park has been the setting for baseball games, tens of thousands of picnics, fairs, marathon dances, roller derbies, flagpole sitting, a swimming pool, and even a zoo. The park is also the host of several events such as Hot Summer Nights concert series, Children's Festival, Coca-Cola Days, Halloween Spooktacular, and the Wayne County Fair. 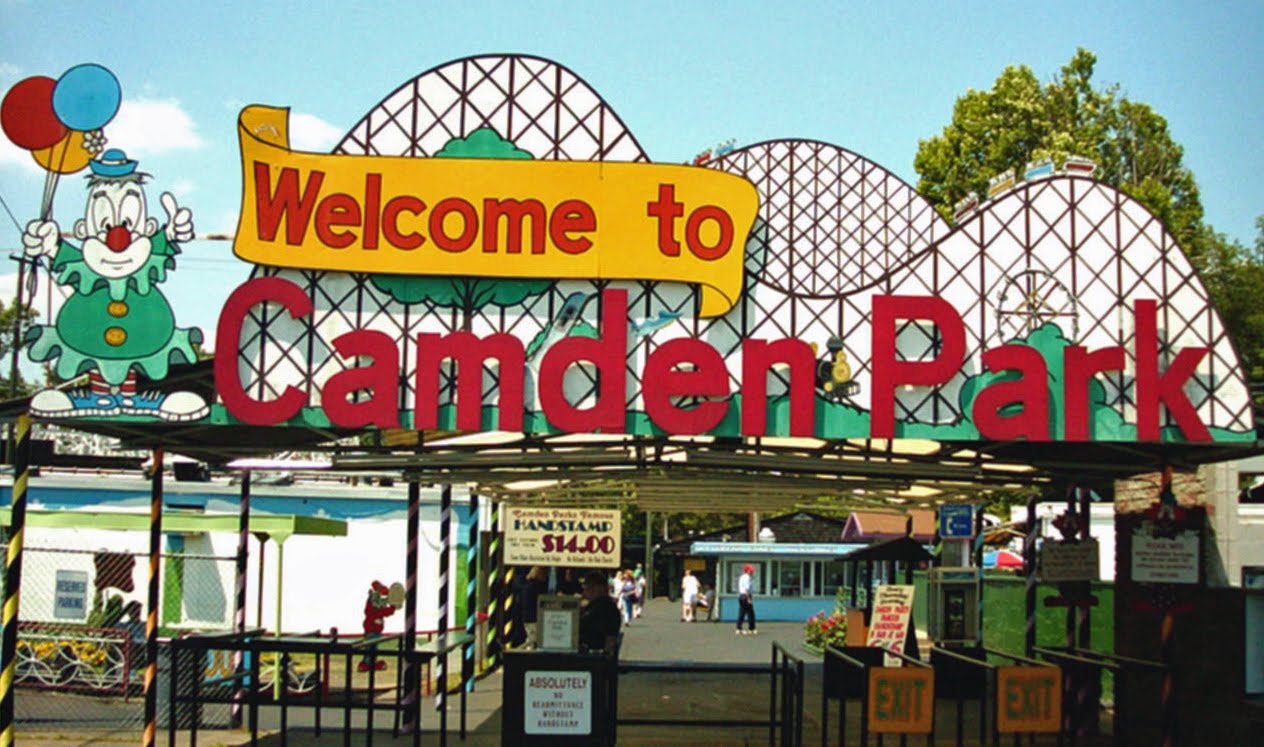 West Virginia State Roadside Historical Marker for the Adena burial mound located within Camden Park. The state's third largest, it is one of the few that remain excavated. 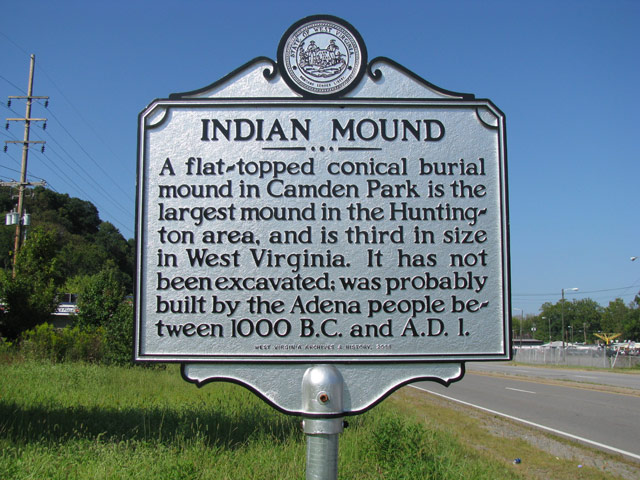 During its early days as a more traditional picnic ground, a swimming pool was one of Camden Park's features. 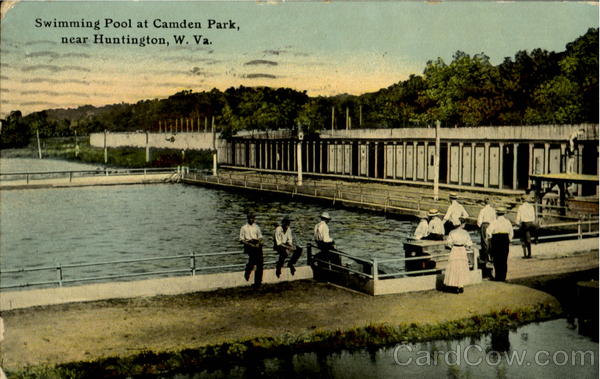 Dorothy and Homer Bunn, who ran the Camden Park zoo. This attraction remained until the 1970s. 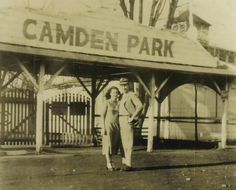 Camden Park has long outlived the interurban railway it was designed to support. Ohio Valley Electric Railway discontinued its streetcar and rail service in 1937, converting Huntington into the first city in WV with a modern bus system 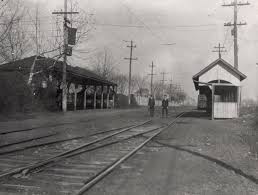 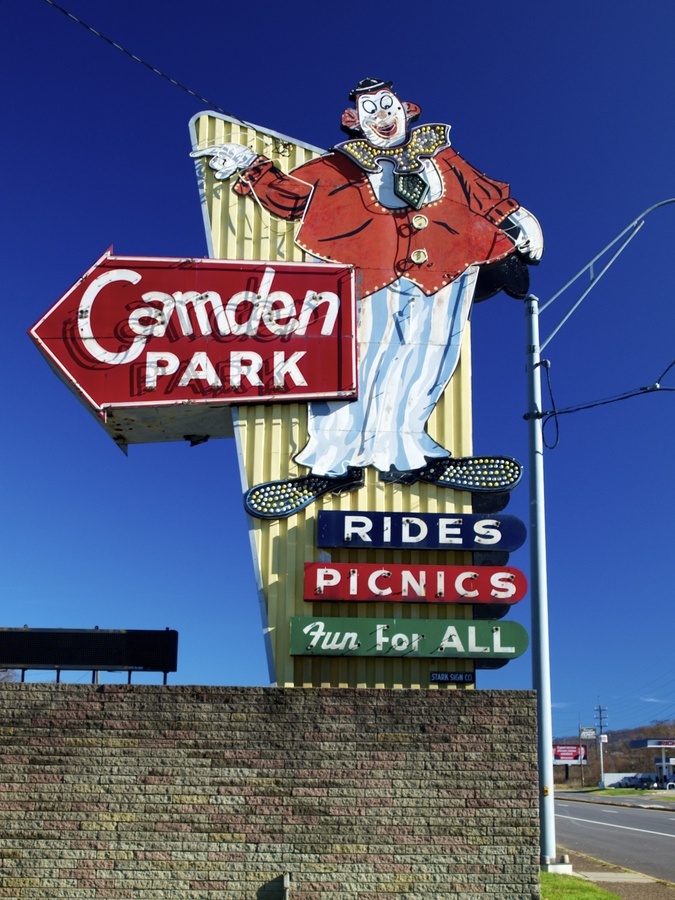 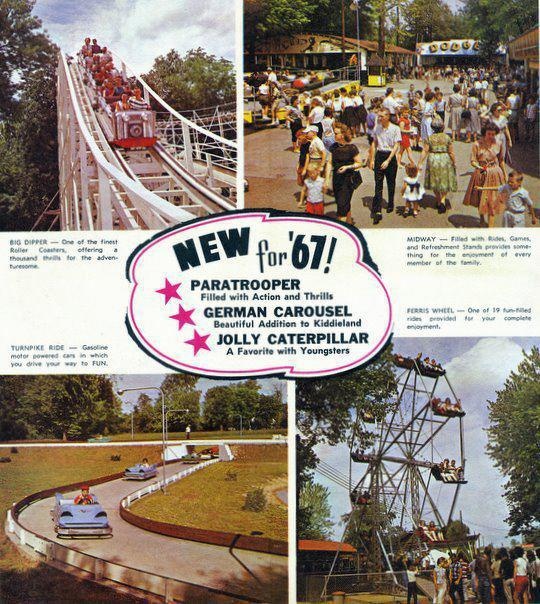 1912's "New Sensation" roller coaster, which was replaced in the late 1950s with the "Big Dipper." The latter remains in operation today. 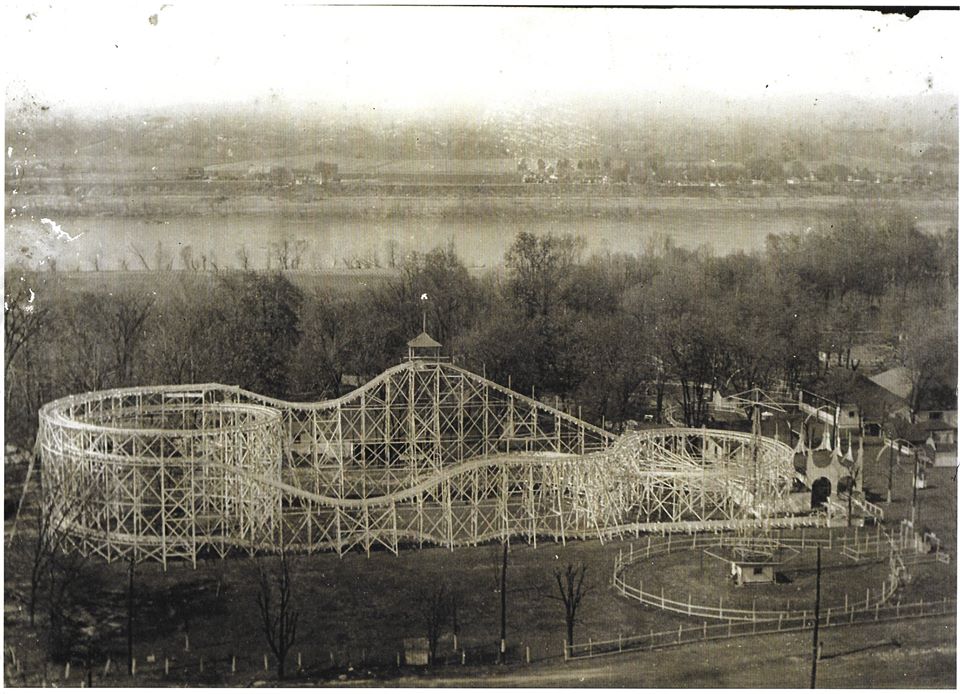 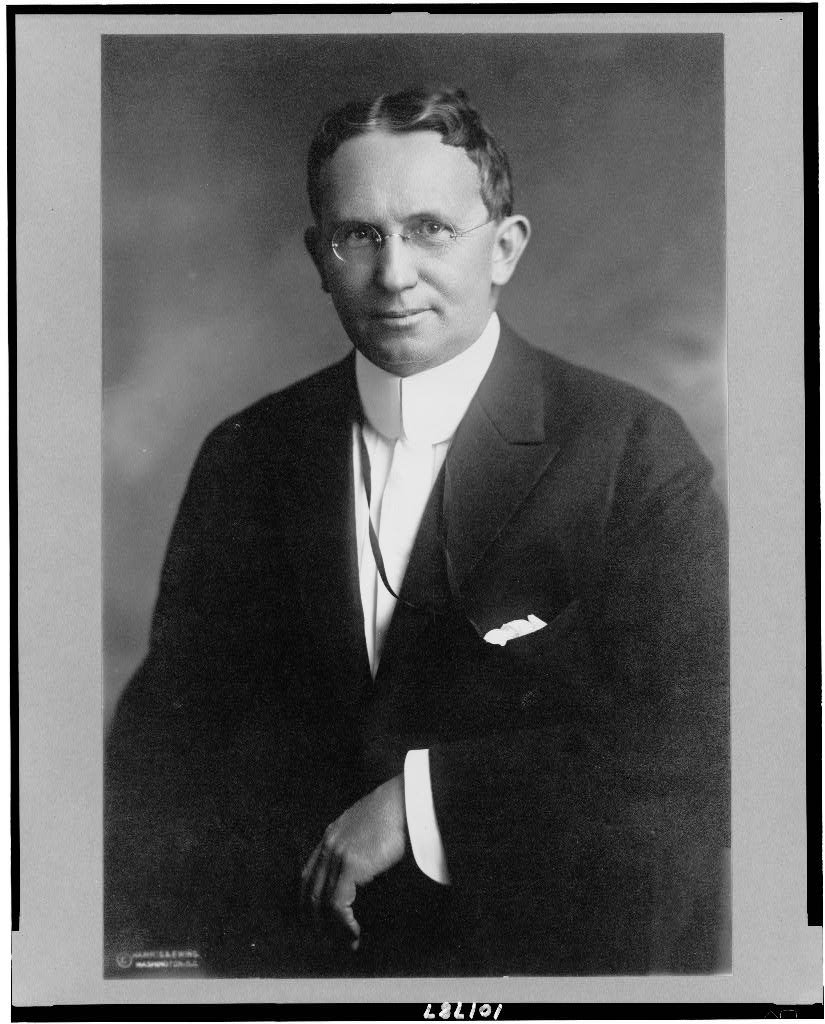 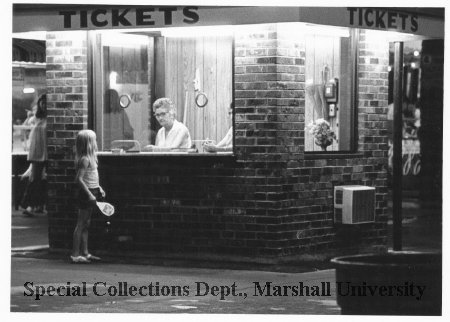 A passenger car of the Camden Interstate Railway, circa 1900. Originally named the Ohio Valley Electric Railway, its owners reverted back to that name after Sen. Camden's death in 1908. 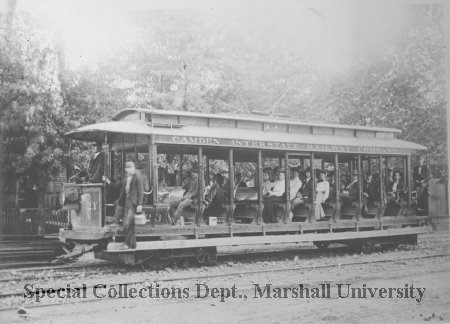 The entrance to Camden Park as it appears in Bethesda Softworks' game "Fallout 76," published in 2018. 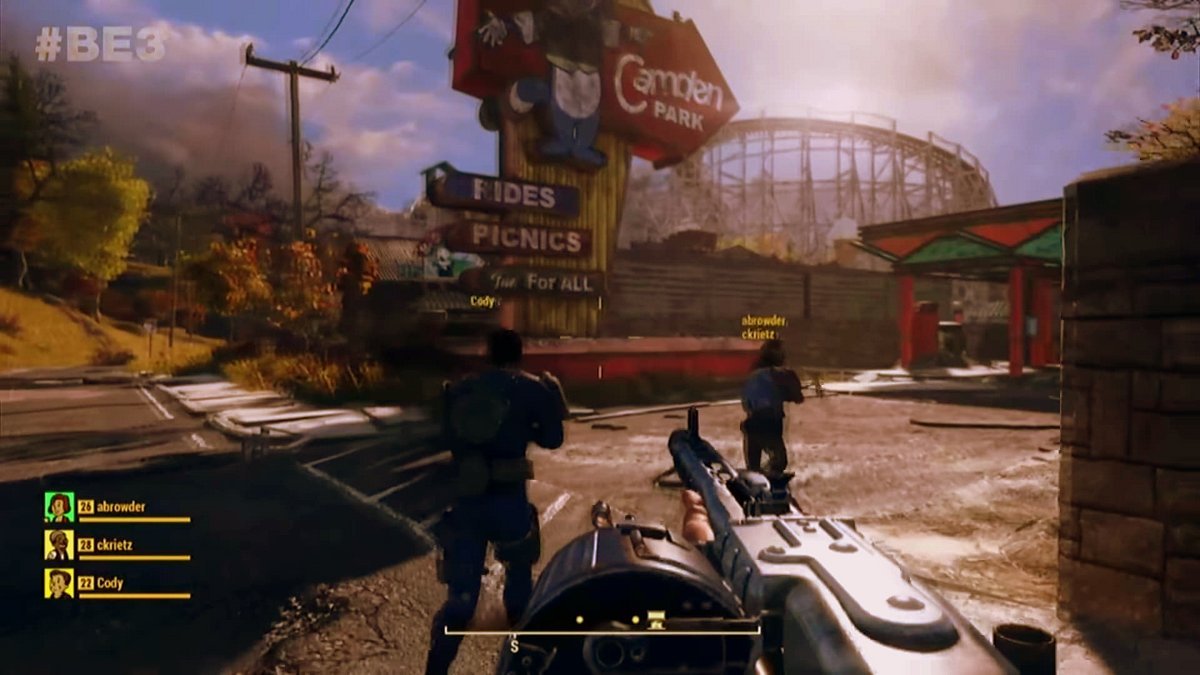 Fallout fans gather at Camden Park in July 2018 after Bethesda's announcement and release trailer at the E3 Conference weeks prior reveal Camden Park as a location in the newest Fallout game. (Huntington Dispatch-Herald, Ryan Fischer). 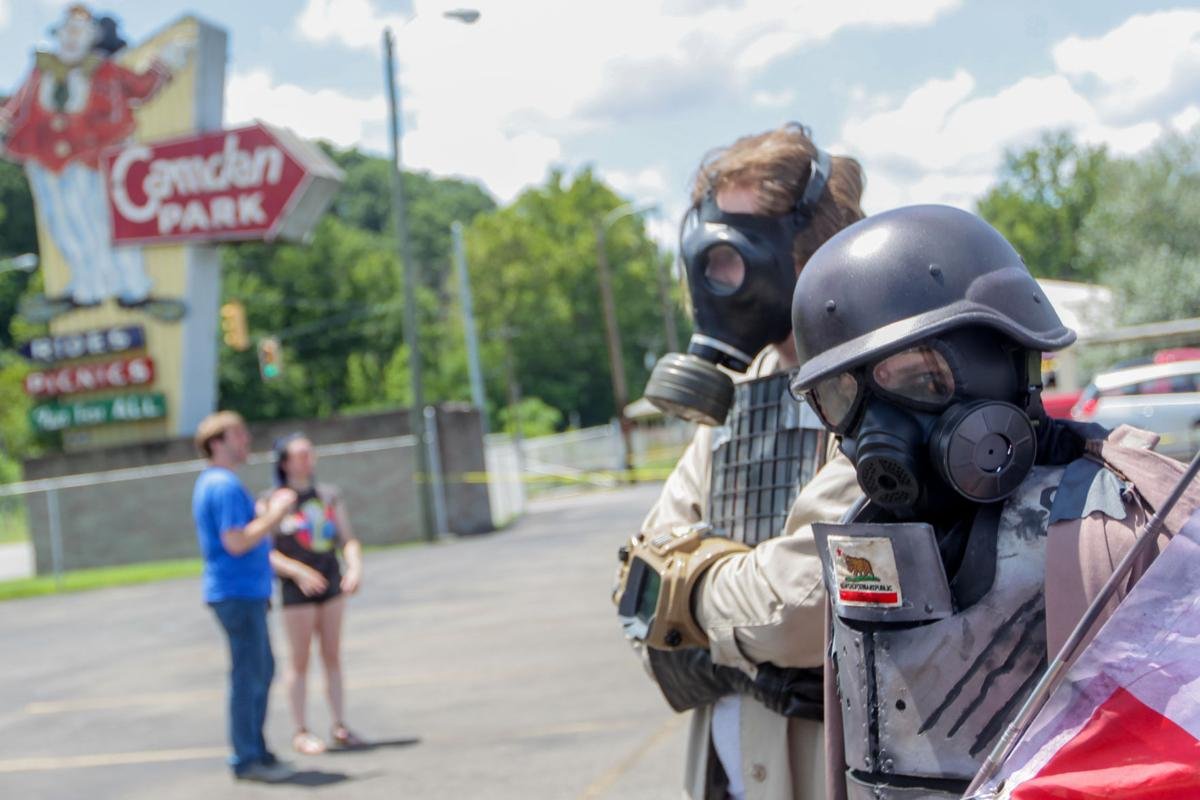 Opened in 1902 and named after former West Virginia Senator Johnson Newlon Camden, this century-plus landmark began life as a picnic spot for the Camden Interstate Railway Company which ran between Huntington, West Virginia and Ashland, Kentucky (about 15 miles). It was hoped that this attractive recreation area would draw additional ridership to the line, particularly on weekends and holidays.

Electric trolleys were no longer novel to the area by 1902--Huntington may have been the second city in the country to gain an electrically powered streetcar system in December 1888, only months after the nation’s first in Richmond, Virginia. Over the following decade, however, a number of these municipal systems fell into financial straits, since few operated outside the borders of their own towns. Seeing opportunity, Huntington businessman Z.T. Vinson purchased and consolidated several companies between Ashland and Huntington at the turn of the century, intending to form a larger network of commuter trains throughout the area. When Senator Camden threw his support behind the project, the new rail conglomerate was named the Camden Interstate Railway Company.

Camden Park’s owners consider the establishment’s official genesis as 1903, when a carousel was constructed and the venue began to take on its current identity as an amusement park. In 1908, Senator Camden died and the railway itself reverted to its original sobriquet--the Ohio Valley Electric Railway--but Camden Park retained its title and continued to evolve while under the railway’s management. It added its first roller coaster in 1912, the “New Sensation.”

In 1916, Colonel Eustace Via purchased the park (he had been its general manager since 1903) and operated it until his death in 1946. During the first half of the century the venue included, at various times: a small zoo (until the 1970s), swimming pool, and traditional bumper cars that were destroyed in a 2013 electrical fire. The park began to take on a number of its current amusement park features after World War II, when upon the death of Col. Via the park was purchased by a group of investors from 1946 to 1958. In 1958, it was purchased by J.P. Boylin and some of its notable present-day attractions were added, such as the “Big Dipper” roller coaster.

Today, a fourth generation of the Boylin family owns and operates the 26-acre park--the only one in West Virginia. Though it no longer contains its original “New Sensation” roller coaster, the “Big Dipper” is still in operation and recently celebrated its 70th anniversary--as one of only three National Amusement Devices roller coasters still in operation in the country, it is considered by many to be a classic. The park also contains an original “The Whip,” patented by Coney Island visionary William F. Mangels in 1914; very few originals still remain.

The park survived the great flood of 1937 and several fires through the decades, and remains an important landmark in the state, along with the Adena indian burial mound located in the center of the park (the state’s third largest, and one of the few that has not been excavated). Camden Park is a featured location in Fallout 76, the 2018 installment of the popular Fallout videogame franchise.

Platania, Joseph. The Sign of the Happy Clown: Looking Back at Camden Park. Goldenseal, (Summer 1987).

Various hours depending on date.