St. Paul's Chapel is the oldest in the city and welcomes over one million tourists each year. 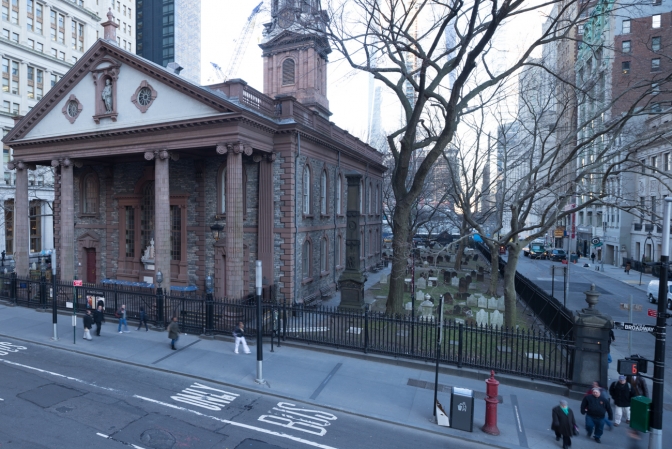 The monument to General Richard Montgomery, a patriot who lost his life in the American Revolution, is located on the east window of St. Paul’s Chapel, facing Broadway. 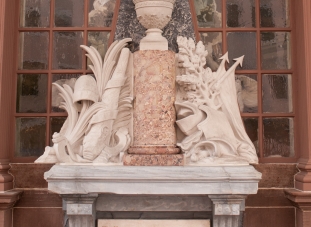 The interior of the chapel, including Washington's pew on the left 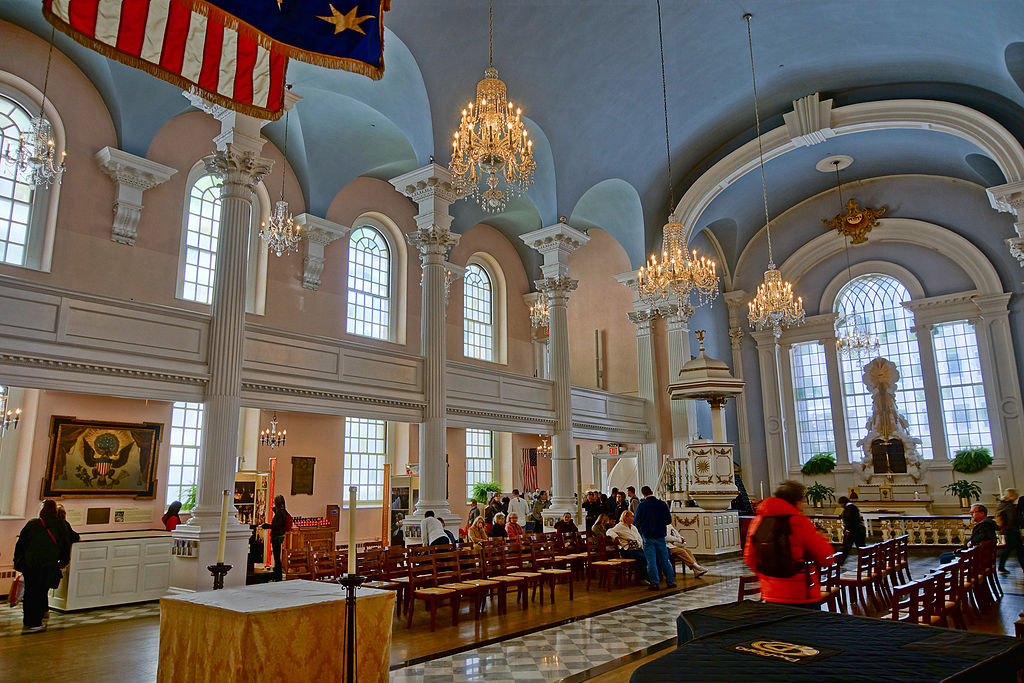 The creation of St. Paul's Chapel was granted permission by Queen Anne as a chapel-of-ease for worshipers who lived north of the Trinity Church in 1766. It was established during Britain's occupation of New York and was the first Anglican Church in Manhattan. The architects for this chapel are Andrew Gautier and James Crommelin Lawrence. St. Paul's has the classical portico, boxy proportions, and domestic details that are characteristic of Georgian churches such as James Gibbs' London church—St Martin-in-the-Fields, after which it was modeled. It served as a Revolutionary War Hospital and cemetery, and during the 9/11 attack, it hosted recovery workers.

On September 21, 1776, a fire broke out in the Fighting Cock Tavern. The fire quickly spread, destroying many nearby buildings including the Trinity Church. Miraculously, St. Paul's Chapel escaped the flames, bringing signs of hope. On his Inauguration Day on April 30, 1789, George Washington attended services at St. Paul’s. He continued to worship there for the next two years while New York served as the nation’s capital.

Many important people are buried in the cemetery of the chapel. The patriots buried at St. Paul's include four of the original members of the Society of the Cincinnati, a patriotic organization of the officers who served under George Washington. They are Major John Lucas and Major Job Summer, who both died of yellow fever in 1789; Lt. Col. Etienne Marie Bechet Sieur de Rochefontaine, a French officer who later commanded the artillery school at West Point; and Dr. John Francis Vacher. Other patriots buried in the cemetery include John Bailey, who forged the Washington battle sword in the Smithsonian, and John Holt, editor of the New York Gazette and New York Journal.

The building was declared a National Historic Landmark in 1960.

This short walk starts at New York's City Hall and winds its way around the surrounding park with stops at iconic landmarks such as the Woolworth Building and Tweed Courthouse. The tour includes several statues that surround City Hall, Tweed Courthouse, the Municipal Archives, the Manhattan Municipal Building, and a little-known place where visitors can catch a glimpse of the former City Hall Subway Station that closed 75 years ago.