The Gateway Arch is a monument to western expansion and is the centerpiece of the Jefferson National Expansion Memorial which pays tribute to the Louisiana Purchase. Intended to revitalize the crumbling St. Louis riverfront, city boosters envisioned a memorial park and monument as early as 1933. Construction began in 1963 and the arch was completed in 1965. At 630 feet, the Gateway Arch is the tallest man-made monument in the United States. It is also the world's tallest arch.

The Gateway Arch is a monument to western expansion and is the centerpiece of the Jefferson National Expansion Memorial which pays tribute to the Louisiana Purchase. 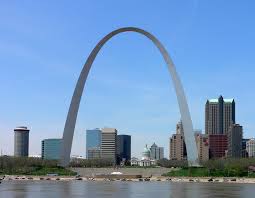 The arch pays tribute to the explorers, soldiers, and settlers who opened the vast reaches of the trans-Mississippi west. Construction began on February 12, 1963, and was opened for the public on June 10, 1967. 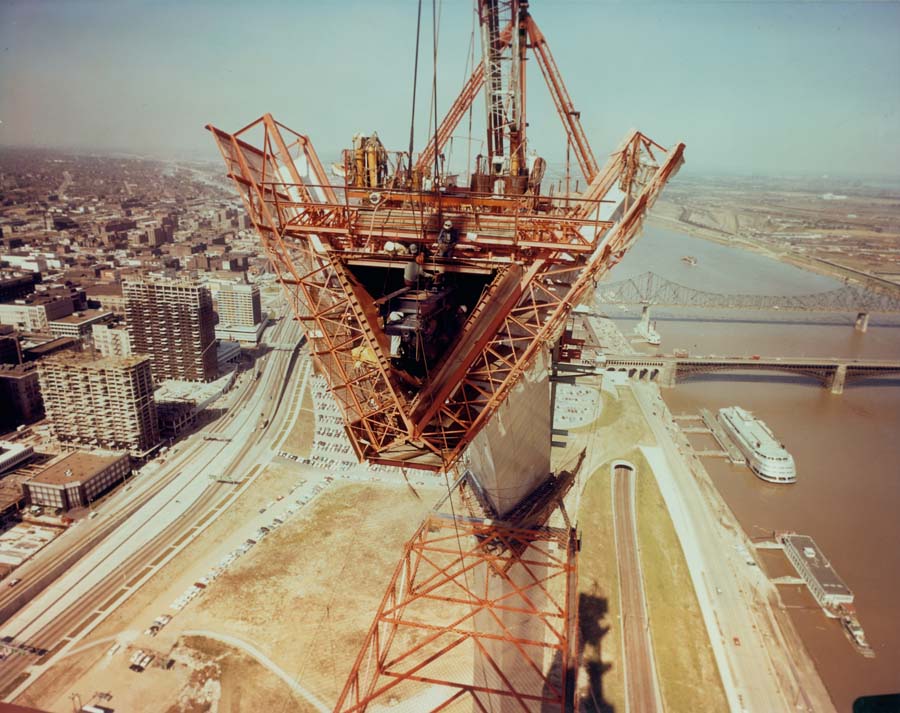 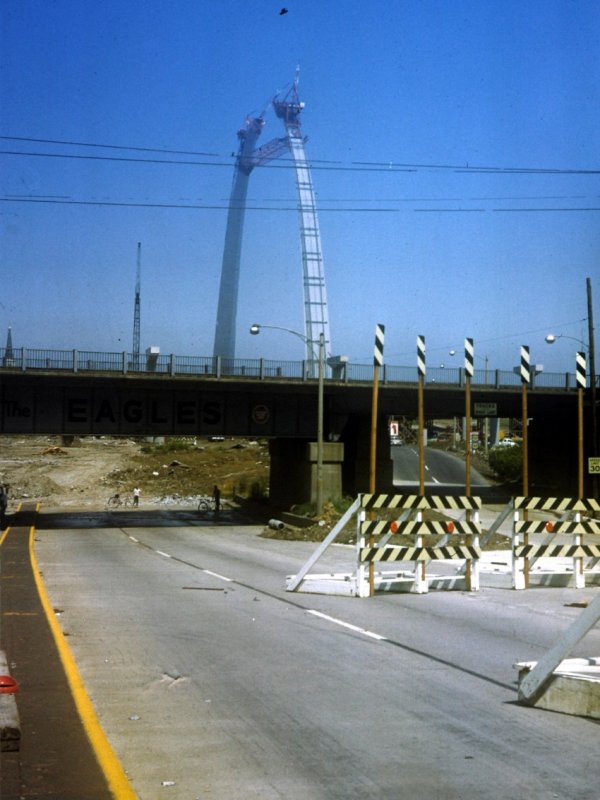 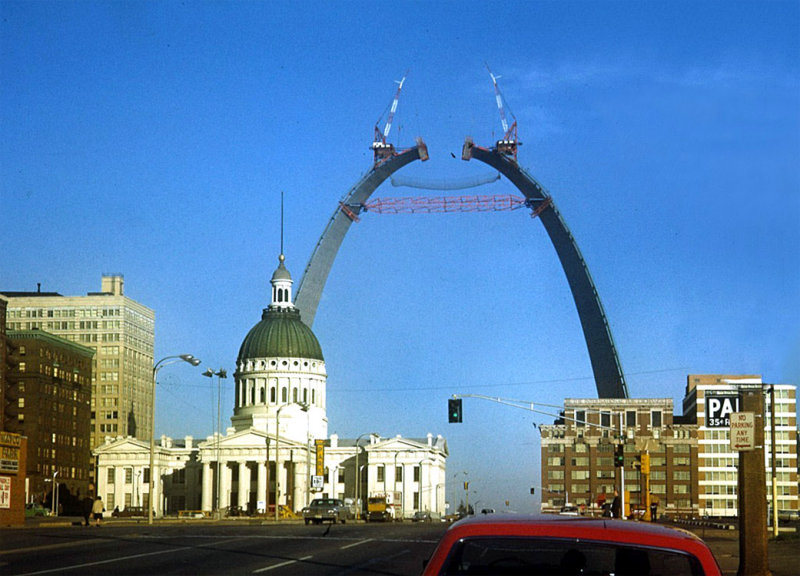 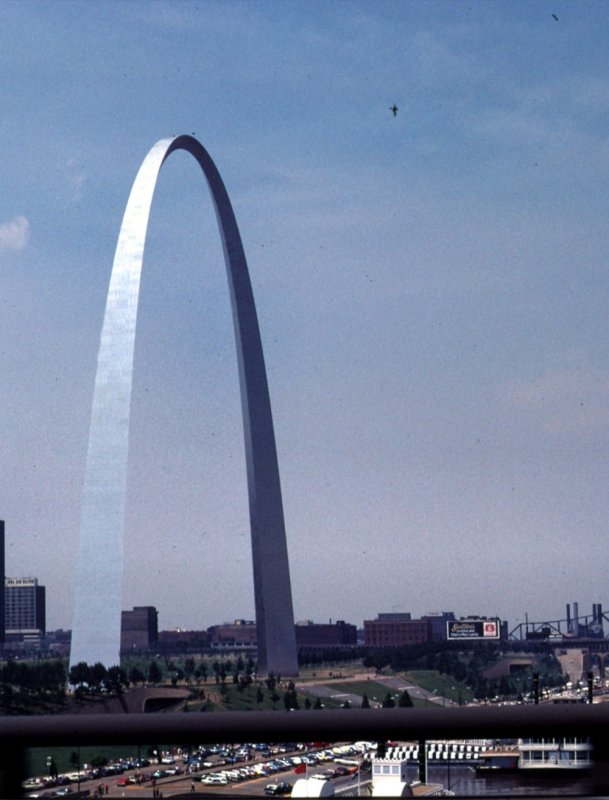 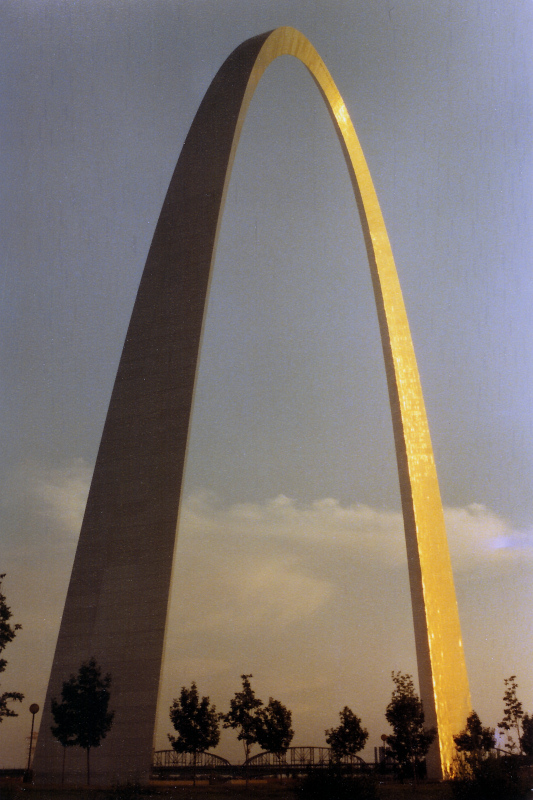 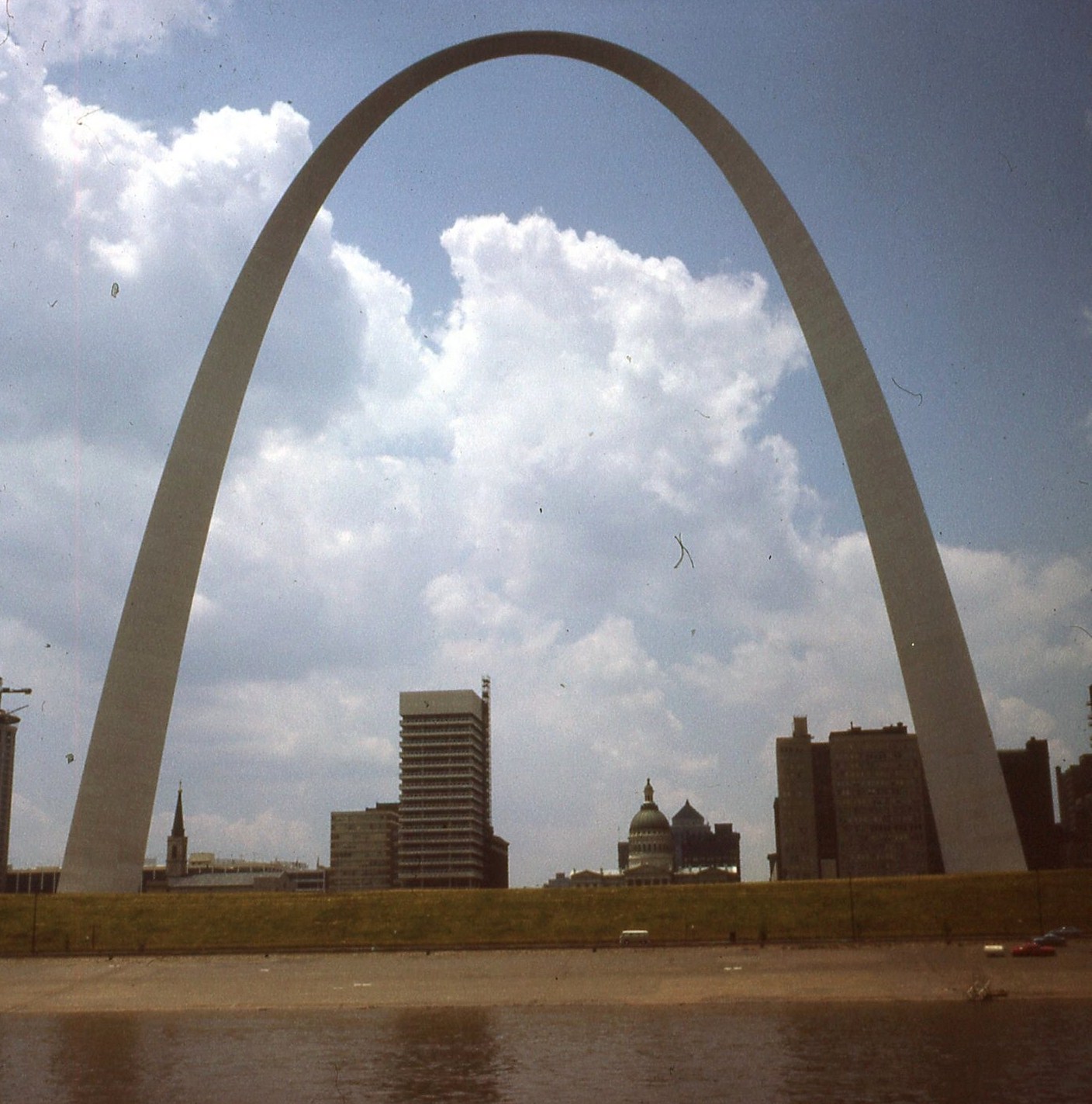 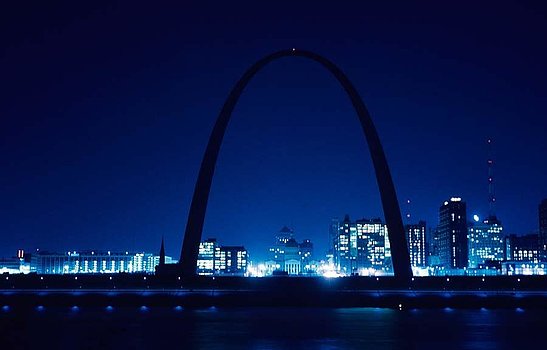 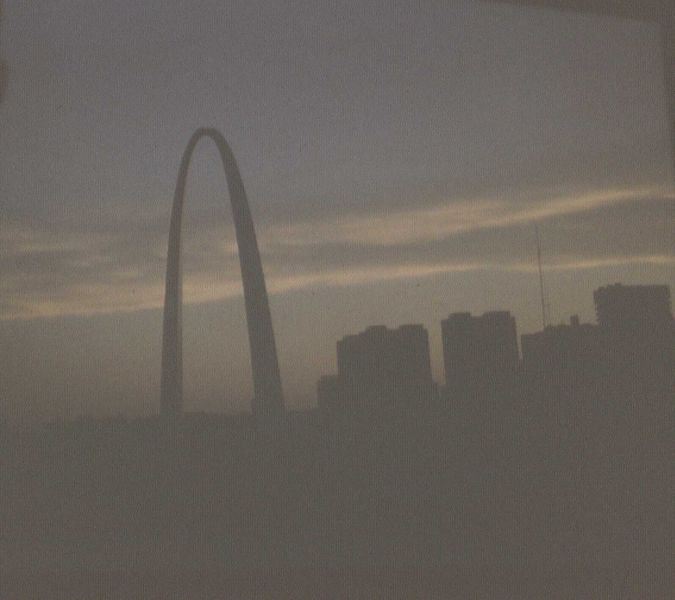 The Gateway Arch, designed by the late Eero Saarinen, soars 630 feet above the banks of the Mississippi River, serving as the centerpiece of the Thomas Jefferson National Expansion Memorial. Saarinen’s submission was selected ahead of 172 others in an architectural competition to select the most appropriate design to symbolize St. Louis’s role as the Gateway to the West. Sadly, the Finnish born Saarinen, a graduate of Yale University, passed away from a cerebral hemorrhage in 1961 and never lived to see his masterpiece.

The Jefferson Memorial site was set in motion in 1935 by President Franklin Delano Roosevelt to celebrate Jefferson’s role in the Louisiana Purchase and America’s territorial expansion to the West, but the lasting effects of World War II and the onset of the Korean War in 1950 halted the completion of the project for several years. During that time the necessary funds were raised to realize the Arch, still the tallest monument in the United States, with Roosevelt chipping in $3 from the government to match every dollar raised by the city of St. Louis. The inverted catenary arch, the shape formed by a chain of flexible cord hung between two points, was finally completed in October of 1965 at a cost of $13 million.

Saarinen’s stainless steel Arch is more complex and subtle than the pure geometric form of a catenary arch, with heavier links on its ends and progressively smaller links towards its apex, making its shape much rounder than a pure catenary. The Arch was built in triangular sections with larger sections at the base that continue to get smaller as it works its way up 630 feet. All 142 sections are equilateral triangles of carbon steel on the interior and stainless steel on the exterior, held together by welded steel rods. The small spaces between the double walls are filled with concrete up to the 300-foot level on each side, and each section is welded to the one above it. The result is that the structural framework is the steel and concrete skin itself.

The outer width of the Gateway Arch, from the North leg to the South leg, matches the height of the arch at 630 feet. Each leg at the base is 54 feet in dimension, with the apex piece of the arch at 17 feet. The margin of error to make sure the constructed legs would meet at the apex was a mere 1/64th of an inch, incredibly realized with the relatively crude instruments available at the time. The need for a high-strength, flexible mortar from LATICRETE for the surrounding pavers is magnified by the Arch’s need to sway in high winds. In 150 mile-per-hour winds, the Arch will sway a maximum of 18 inches, nine in each direction.

The two bases of the Arch are equilateral triangles (triangles with three 54 foot-long sides). At the top of the arch, the triangle is only 17 feet long on each side. Visitors enter the arch from an underground Visitor’s center, and can travel to the observation deck at the top in a 40-passenger tram that runs inside the arch.