Charlton Park Village and Museum is a recreated late 19th century village of 25 historic residences, businesses and community buildings that sits on 310 acres along the Thornapple River. It was established in 1936 after Irving Charlton donated the property to Barry County, Michigan. He then bequeathed his significant collection of historical artifacts to the museum upon his death in 1963. 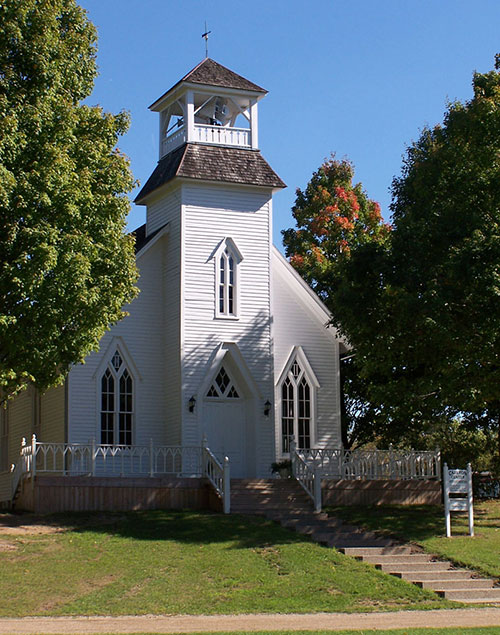 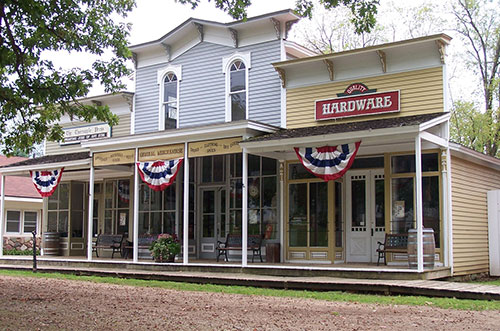 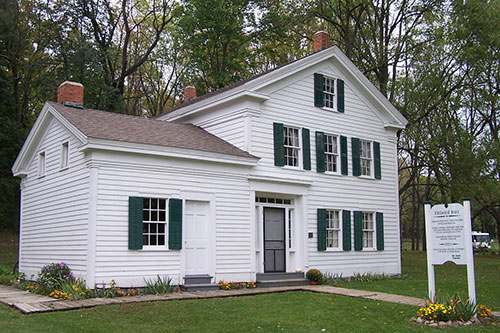 The museum was completed in 1950 and the other buildings were relocated from their original locations, with the Blacksmith’s shop being the first to arrive in 1970.  The village accurately depicts the life of rural Michiganites as they went about their daily lives in the late 19th and early 20th centuries.

The historic buildings at Charlton Park include a barber’s shop, general store, Charlton Center Church, print shop, and the Bristol Inn, which served as a stagecoach stop from 1848-1869 as passengers traveled from Battle Creek to Grand Rapids.  There is also an archaeological dig site located at the village known as the Methodist Episcopal Mission.  The Mission strived to convert Native Americans to Christianity from 1849-1855 and then became a private residence.  By 1894, all that remained of the original building was its foundation.