Built in 1812, the McDowell House at Quaker Meadows is the oldest standing brick structures in Burke County. The McDowell House, owned by the son of political leader and Revolutionary War colonel, Charles McDowell Sr., currently stands on the old Quaker Meadows Plantation. By 1850, McDowell owned fifty-two slaves and his plantation covered 1,500 acres. The house is well known for serving as the wedding site for the future Governor of North Carolina. Zebulon Vance and one of McDowell’s adopted daughters. Today, the McDowell House belongs to the Historic Burke society, and every September, re-enactors gather on the lawn to honor the Overmountain men who helped defeat the British at the Battle of Kings Mountain.

Front view of the 1812 McDowell House 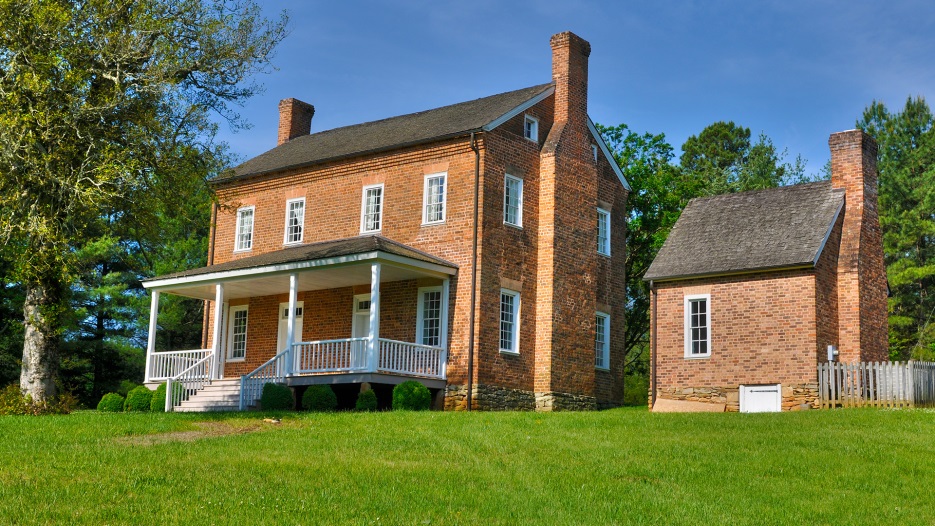 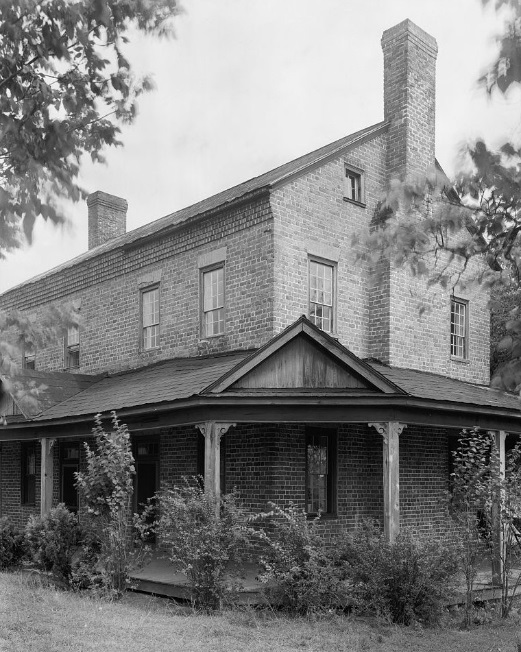 Side view of the McDowell House 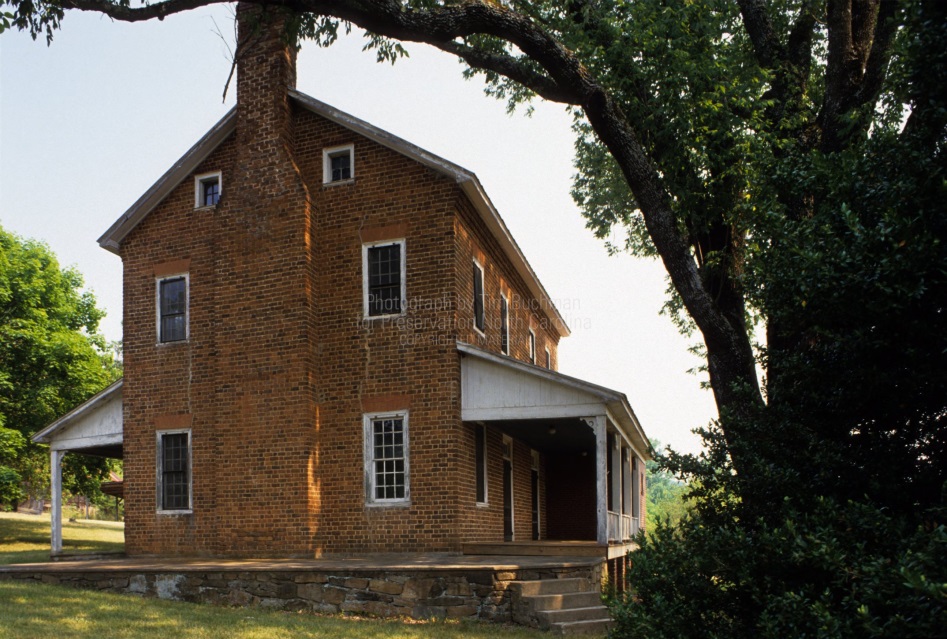 Located north of Morganton, the Quaker Meadows Plantation owned by the elder Colonel Charles McDowell and served as a gathering place for one thousand militiamen from modern-day Southwest Virginia and East Tennessee (the Overmountain Men) and 350 militiamen from Surry and Wilkes counties in North Carolina. It was at the plantation that Colonel Charles McDowell and his brother Joseph generated the strategic plans to defeat the British Major Patrick Ferguson and his loyalists.

Some believe that the original house on the Quaker Meadows Plantation was located on the North side of the Golf Course that now resides there today, but there are no remains of the 1780 structure. The current McDowell House is a two story Federal structured building that is fully restored to its 1812 appearance. Donated by the Crescent Land and Timber Corporation in 1986 to the Historic Burke Foundation, the McDowell House is now available for tours and still portrays the dynamic history of Burke County. As a part of its restoration, the detached kitchen was reconstructed and a garden maintained by the Mimosa Garden Club grows in the back yard.