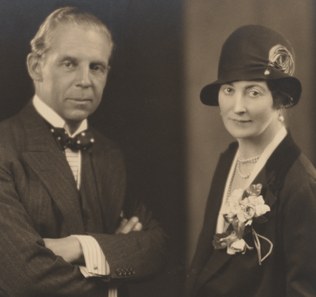 The Pebble Garden (image from www.doaks.org) 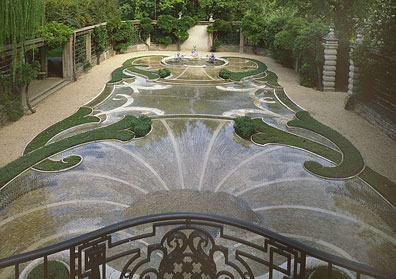 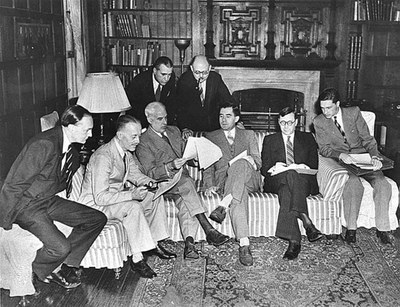 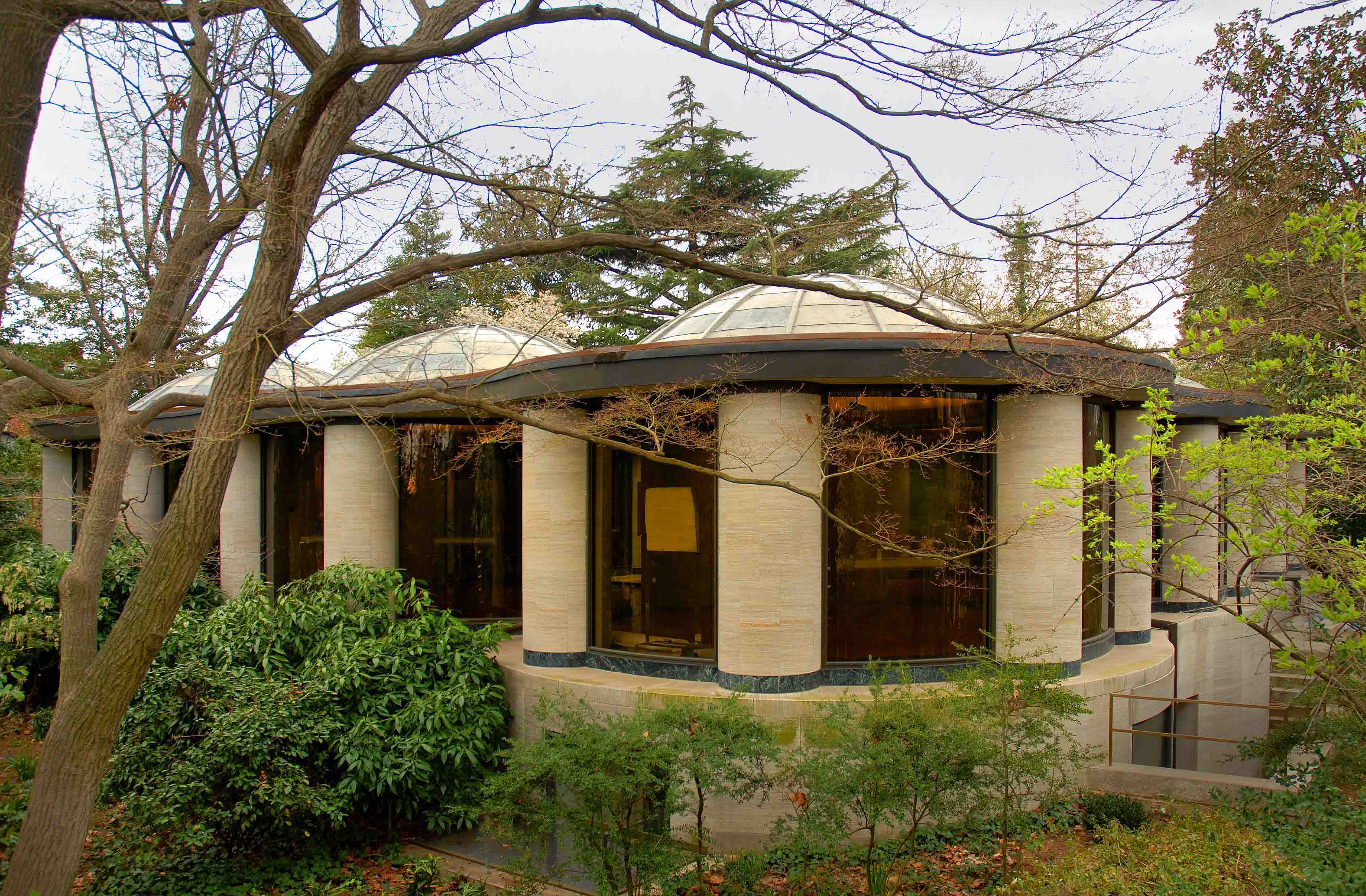 Construction on the Dumbarton Oaks mansion began around 1800 and it expanded numerous times throughout the century. Mildred and Robert Woods Bliss purchased it in 1920 and named it Dumbarton Oaks in 1933. Library of Congress. 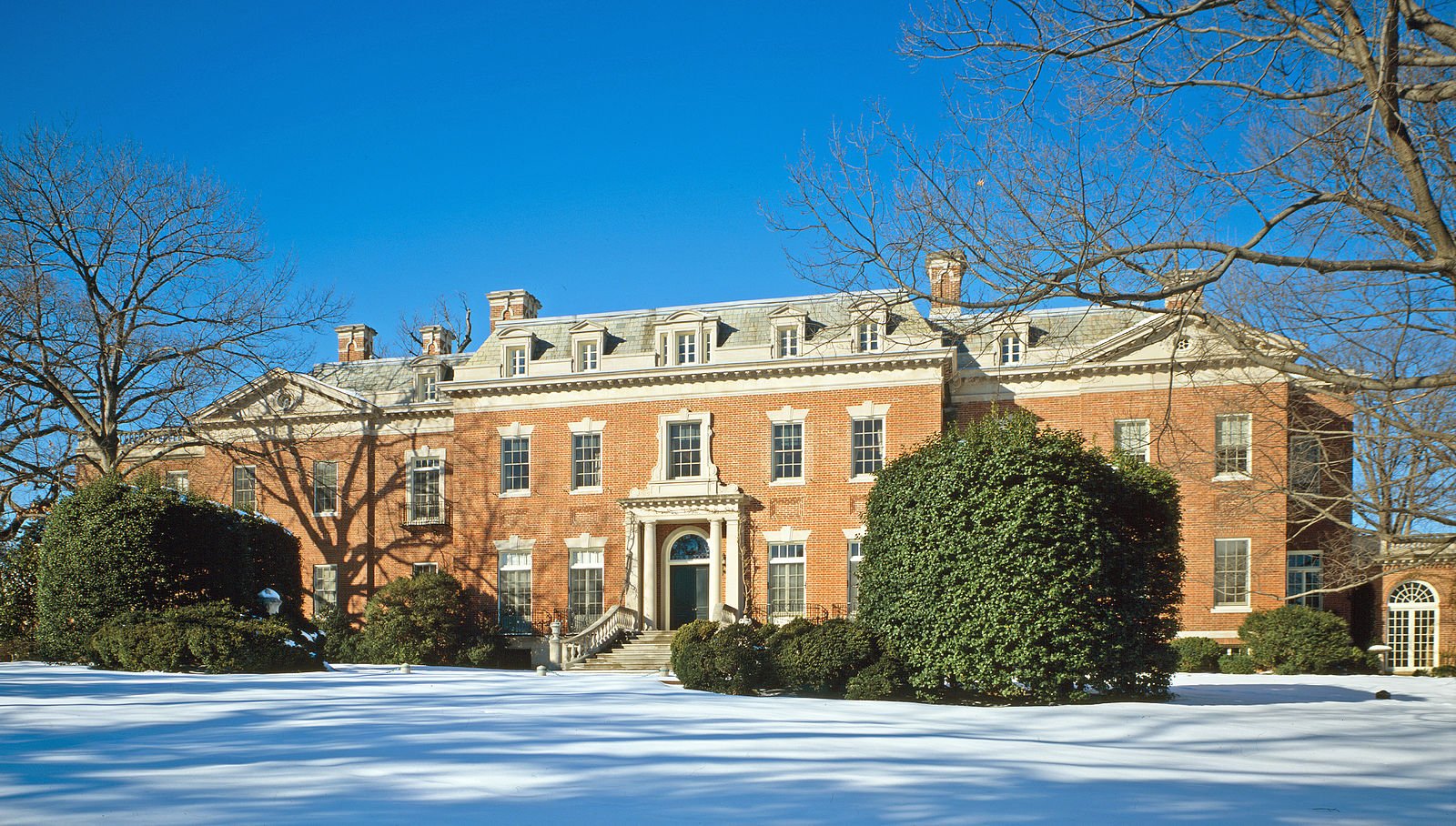 Robert Woods Bliss was the son of William Henry Bliss, United States District Attorney. Born in St. Louis, Missouri in 1875, Robert went on to attend Harvard University. After his graduation in 1900, Bliss became a Foreign Service officer and diplomat. In 1908, he married New York City native Mildred Barnes, the daughter of Anna Dorinda Blaksley and Demas Barnes. Mildred's father, a wealthy investor who made his fortune on Fletcher's Castoria, a popular patent medicine of the time 1870s and 1880s. He died when Mildred was nine years old, and her mother remarried--to William Bliss, Robert's father--in 1894. Robert and Mildred married in 1908, moving to Paris in 1912 for Robert's career. In Paris, the couple befriended artists, authors, historians, and art dealers including Walter Gay, Edith Wharton, and Royall Tyler. These friendships led to the Blisses' interest in art and book collection, patronage of the arts and humanities, and Byzantine and Pre-Columbian studies. They went on to travel Europe and South America, and Robert served as Ambassador to Argentina from 1927 to 1933.

The couple purchased property in Georgetown (in the District of Colombia) in June of 1920, naming it Dumbarton Oaks. The Blisses altered the existing house (dating to 1801) and surrounding property, expanding the house in 1929 to add a music room and working with landscape designer Beatrix Farrand to create terraced gardens and vistas on the grounds. Mildred and Farrand worked together on the gardens for 30 years, though other architects (including Ruth Havey and Alden Hopkins) later changed aspects of the original design.

In 1940, a wing was added for the Byzantine Collection, and the Blisses transferred 16 acres of the property (including grounds, buildings, and the library and art collection) to Harvard University. As the function of the gardens inevitably changed due to the transfer, Farrand began work on the Plant Book the following year; the book still serves, as Farrand intended, as a guide to stewardship, maintenance, and preservation of the gardens.

Robert Bliss died in 1962; the following year, Mildred opened the Pre-Columbian Pavilion and The Garden Library to the public. Designed by architect Philip Johnson, the pavilion provided a permanent home for Robert Bliss' Pre-Columbian art collection (the National Gallery of Art had previously housed the collection on long-term loan). The Garden Library houses Mildred's collection on the history of gardens, including a rare book collection. Mildred Bliss died in 1969, and Harvard University has provided fellowships, grants, research opportunities, exhibitions and musical recitals, online access to materials, and publications through Dumbarton Oaks Research Library and Collection ever since.