Yellow House aka the Entler-Weltzheimer House

One of the only surviving structures from the colonial settlement that grew to become Shepherdstown, this house was built of logs and now clad in wood siding, it is the last survivor of the similar structures that lined High Street. Its current name reflects the log home's use as a temporary home for Annetta Entler and her son Frederick Weltzheimer after their much larger home was destroyed in a fire in the early 1900s. Mrs. Entler soon moved to more spacious accommodations but her family continued to own the home as they had since 1815 until the time they sold the building to the college in 1926.This modest log home was converted into a "model home and kitchen" and used by Shepherd University for a number of years to hold courses in home economics. The building has undergone work by preservationists.

Beneath this yellow wood siding are the logs used to build this cabin in the late 1700s. 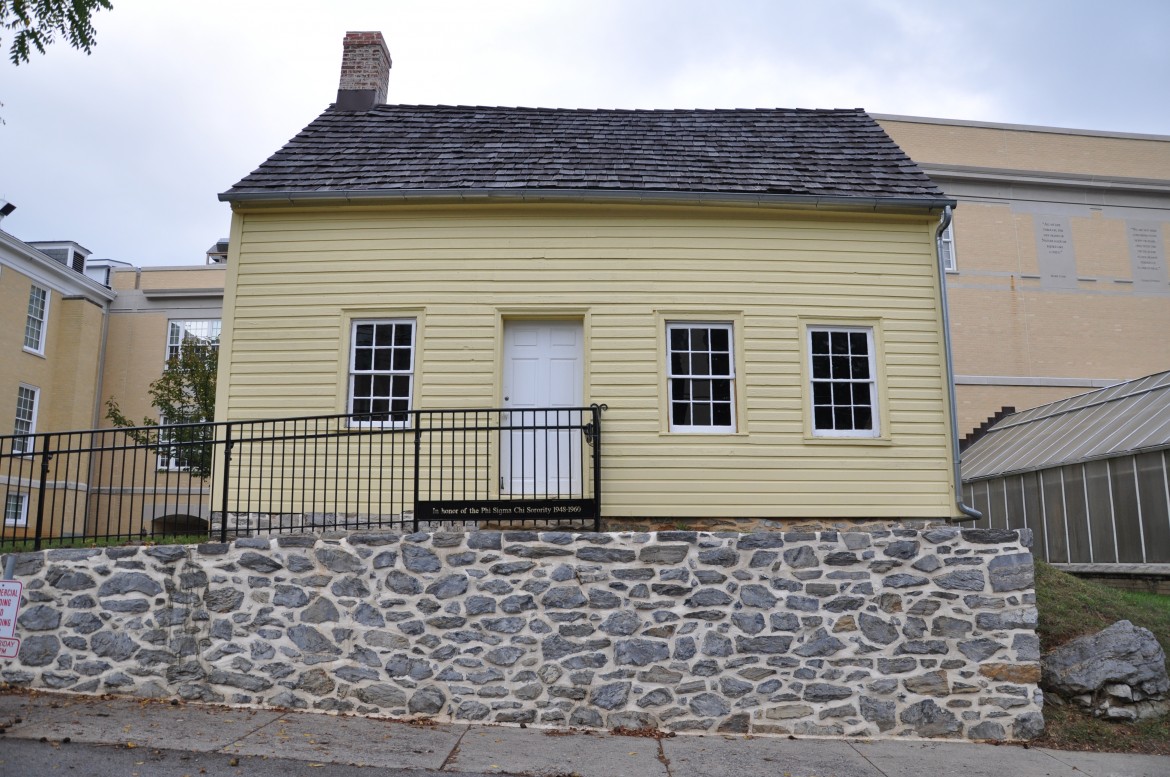 The exterior of the house in 1940-one of the final years in which it was used for home economics courses. A campus sorority used the building in the 1950s and it later became an annex. 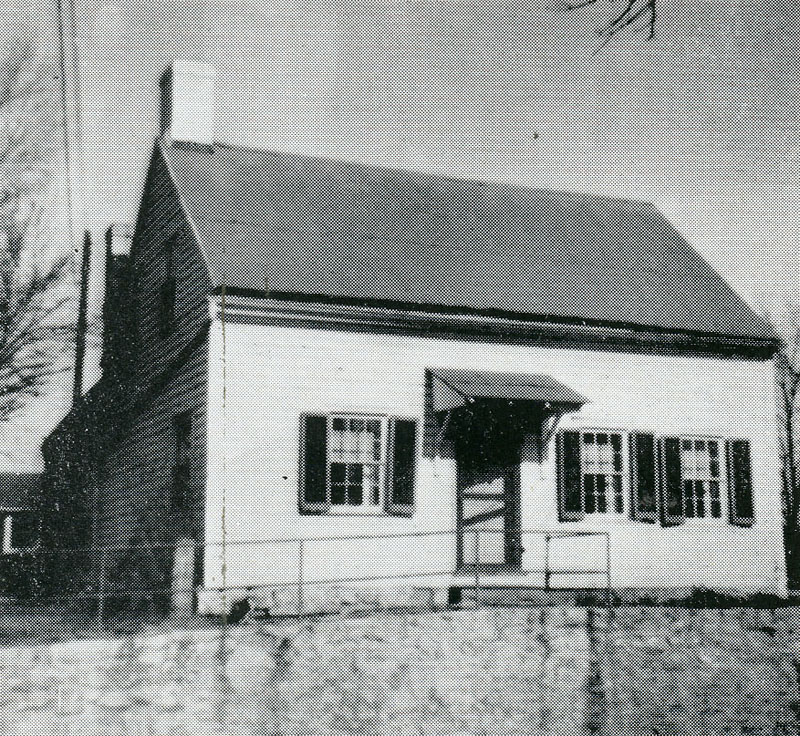 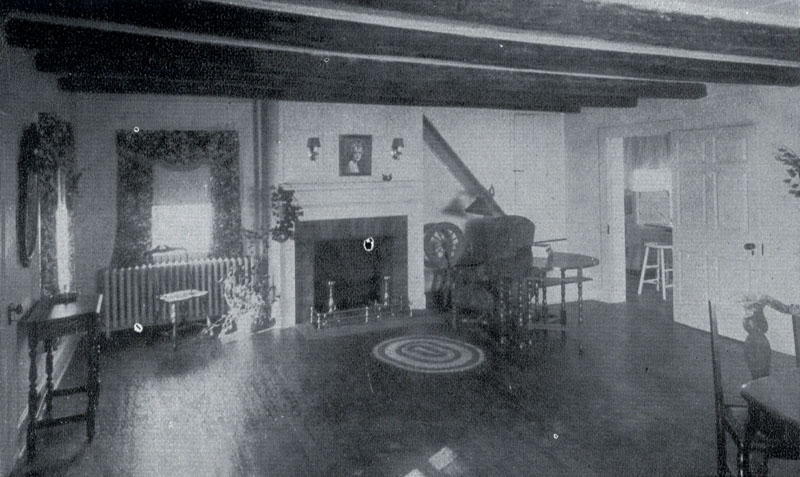 The current interior of the building as preservationists and university administrators work to determine a new purpose for this historic structure. 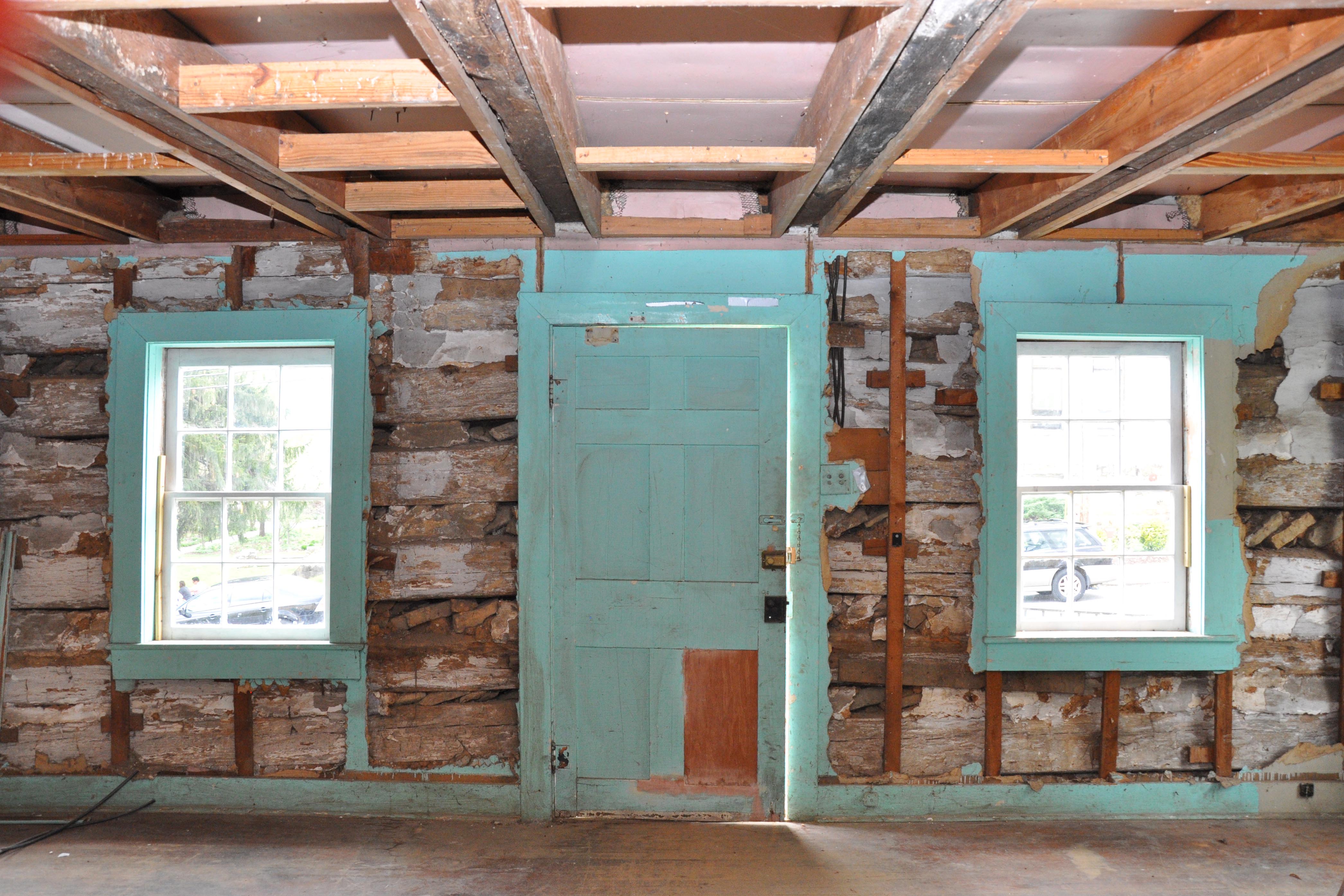 This house is over two hundred years old, built sometime between 1770 and 1793. After their home on German Street burned in the 1912 fire, Annetta “Nettie” Entler and her son Fredrick Weltzheimer moved there. Fredrick and his wife, Mary Catherine, operated a tavern on Princess Street. After his death, Mary Catherine Weltzheimer continued to operate the tavern; her success was shown in the property she amassed. The Entler- Weltzheimer family owned the house until 1926, when the University acquired the property. The house is called the “Entler–Wletzheimer house” after this family that owned it for so long. The building has also been called the “Yellow House” since the University owned the property.

The “Yellow House” was purchased by the West Virginia State Board of Control in 1926. Shepherd University initially used the building as a Home Economic Cottage. It was remodeled to house a kitchen, living room, dining room, bedroom and lavatory. In the late 1940s the use of the “Yellow House” changed, it became the sorority house of Phi Sigma Chi.[1] At some point during the 1950s, it became the home of the Supervisor of Buildings and Gounds. In the 1960s the house was used as a nursery school and then in the 1970s as a science annex. Although the building has been used for many functions, the architecture still remains its historic character.

The University has received grants to restore the house to its initial state. The University is considering making the building into a classroom for preservation education. "This could be a place where students could practice plastering and other techniques, a place where preservation technologies and skills could be demonstrated," Alexander said.[2] The Mills group has rendered a plan for the restoration of the building.

Local tradition has it that the ghost of a murdered cobbler haunted the building. “In 1910, the house’s owner, a cobbler named George Yontz, was found murdered outside the home.”[3]

[3] Why some folks call this the "Most Haunted Town in America". Wild, Wonderful West Virginnia. Accessed April 26, 2017. https://gotowv.com/most-haunted-town-shepherdstown/.

Why some folks call this the "Most Haunted Town in America". Wild, Wonderful West Virginnia. Accessed April 26, 2017. https://gotowv.com/most-haunted-town-shepherdstown/.