Established in 1902 as a simple exhibit known as "The Hall of History, this state history museum has grown to 55,000 square feet of exhibit space and is one of only a small number of Smithsonian affiliates in the region. In addition to permanent and special exhibits that change throughout the year, the museum offers a number of classroom spaces for lectures and other events. The museum is also home to a research library that is open to the public. 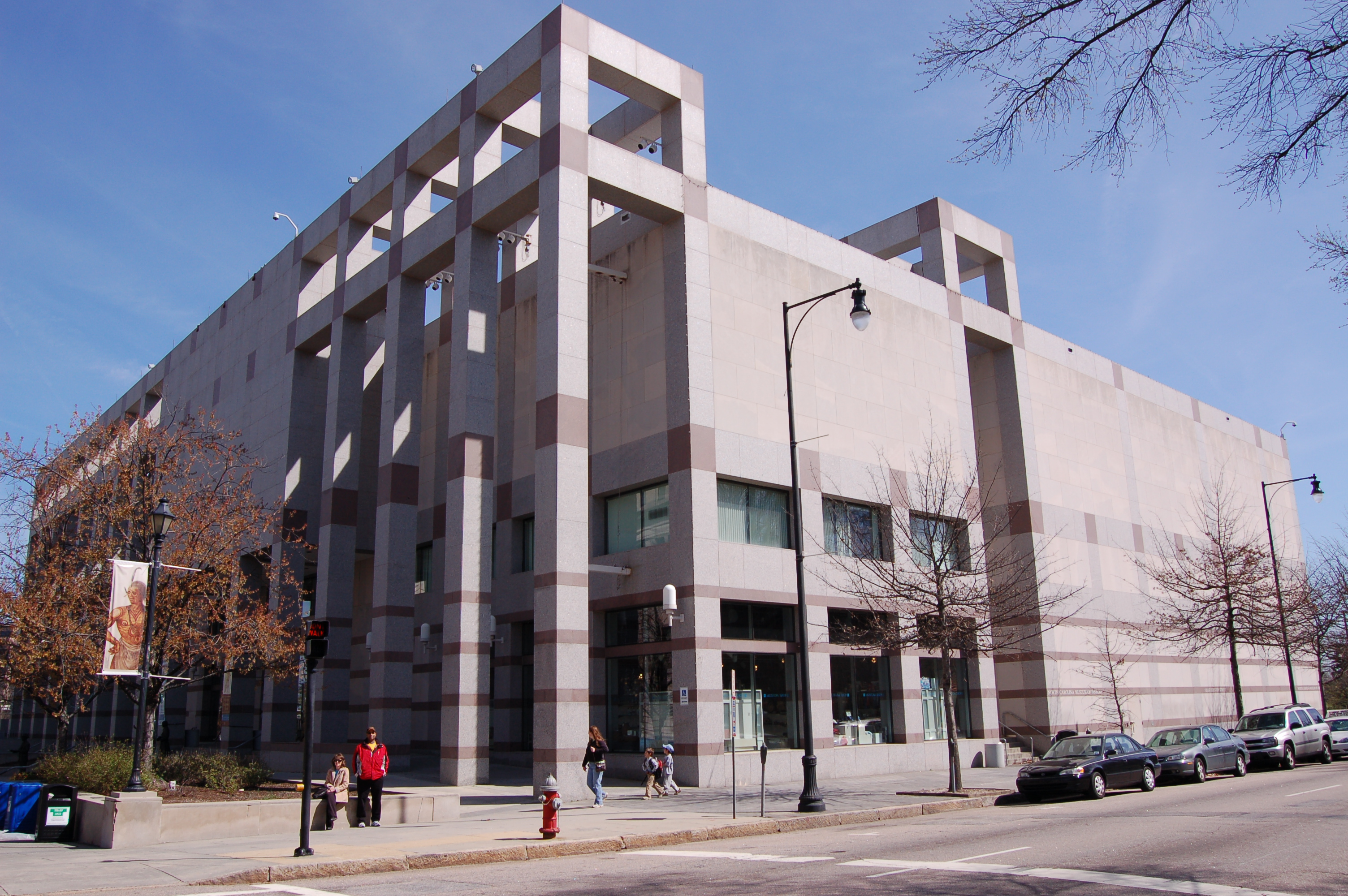 Visitors are welcomed to the museum by this replica of the Wright Brother's Glider, along with other exhibits in the museum lobby. 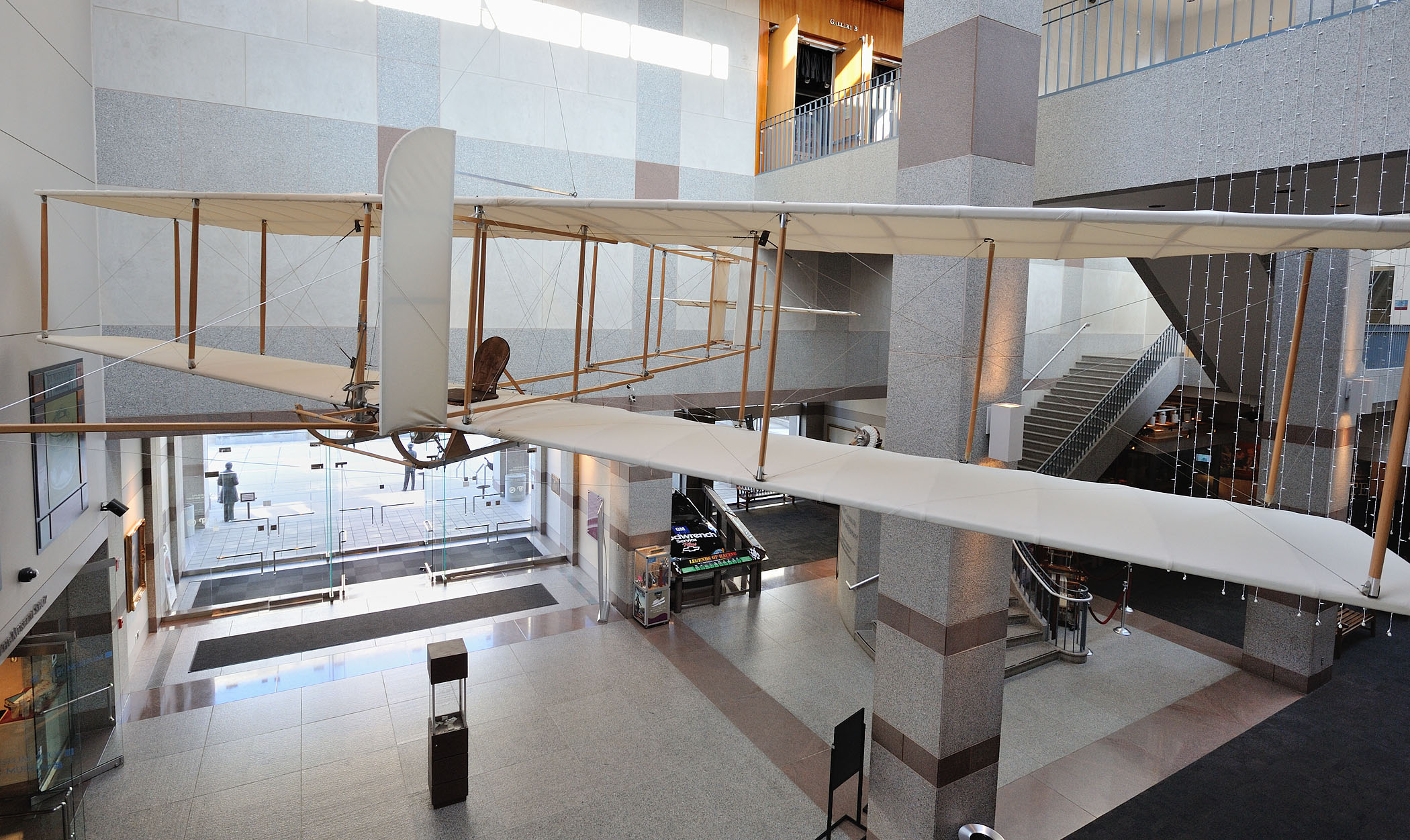 This statue of historian and editor Frederick Olds greets visitors in front of the museum he helped create. 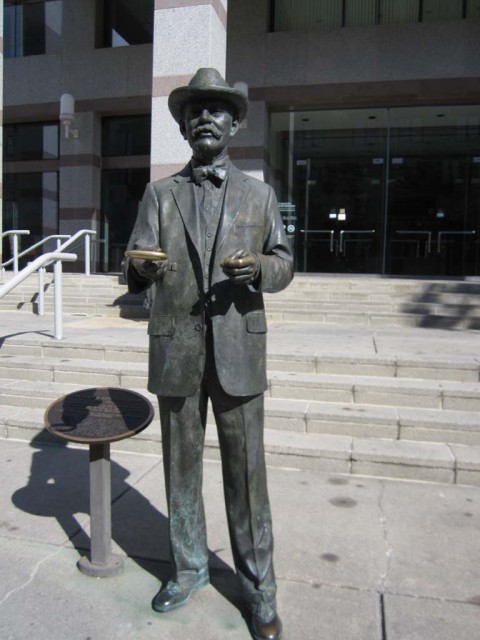 Samuel A ‘Court Ashe was one of two driving forces behind the creation of the North Carolina Museum of History. Ashe had been impressed by the city of Boston’s efforts to preserve its history during a visit in the 1880s. He brought home a desire to do the same for the state of North Carolina’s history. Ashe’s colleague at the Raleigh News and Observer, Frederick Augustus Olds, became interested in local history after being gifted a key that supposedly unlocked the state’s first capital burning, which had previously burnt down. He then published an article requesting the opportunity to buy any local curiosities.

After leaving the newspaper in 1886, Olds continued to collect artifacts and became the chairman of the Committee of Historical Museums. Olds then put some of his collection on display in the State Museum. In 1898, a whole gallery in the museum was dedicated to the state’s history. Olds’s private collection and the State Museum’s holdings were officially merged and exhibited to the public in the “Hall of History’ on December 5, 1902. Items on display included the skeleton of a Native American man, Confederate battle flags, and a tea caddy from the Edenton Tea Party (a protest against the British tax on tea held in Edenton, North Carolina). The North Carolina Historical Commission was established to support the Hall of History, which quickly outgrew its one room in the State Museum.

The North Carolina Historical Commission, led by R. D. W. Connor, took over the Hall of History completely in 1914. The museum then moved into the State Administrative Building, now called the Ruffin Building. However, not even the two large halls in this building were enough to contain the museum. So, Olds and Connor began campaigning for a building constructed especially for the museum. Meanwhile, Olds continued his search for any important artifacts throughout the state, further increasing the museum’s collections. His successor as director of the museum project, Joseph Carlyle Sitterson, took over in 1934 and began working on a better documentation system for the museum’s holdings. Five years later, the museum moved into the Education Building for more room. The Historical Commission then started to hire employees such as curators and administrators who could classify and organize the items in the museum. The Commission then shifted its focus to improving the space and creating educational programs.

The Hall of History had expanded so much by 1965 that on July 1 of that year, it was renamed the North Carolina Museum of History to better reflect its size. Three years later, the museum moved into a new location: a three-million-dollar building on 109 East Jones Street. Its mezzanine exhibits opened to the public in late 1973. Two years later, the North Carolina Museum of History Associates group was founded to support the museum. In 1985, the museum staff began planning a new museum that would be custom built. In 1994, work on the museum’s very own building was completed. The edifice featured classrooms, an auditorium, and a research library in addition to exhibit space. Since then, the museum has spawned satellite museums in the cities of Fayetteville. Elizabeth City, and Old Fort.