Opened on August 23, 2013 at the site of the former Veterans Memorial Fieldhouse, this outdoor soccer complex serves as the home of Marshall University's soccer program. The stadium can hold up to 1,006 fans and incorporates numerous elements of the former stadium and its history into the design. The stadium also includes tributes to former players and local veterans. 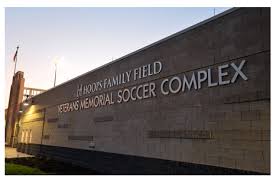 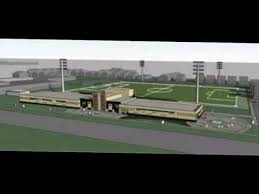 For more than sixty years, this location was home to Veterans Memorial Fieldhouse. This former stadium served as the home of Marshall University basketball prior to the construction of the Cam Henderson Center. It also served as a venue for concerts and other sporting events prior to the construction of the Big Sandy Arena. In its final years, the stadium hosted the St. Joe Invitational, a leading high school basketball tournament. Part of the facade of the former fieldhouse has been built into the current soccer complex-a tribute to a structure that was central to the university and community for over half a century.

The soccer complex also includes a brick plaza that includes the names of former and future outstanding athletes. The facility cost around $8 million and was one of the projects that were part of Marshall Athletics Vision Campaign that included numerous other facilities. Marshall also donated around $100,000 to the  Greater Huntington Park and Recreation District for a playground that would be dedicated to the veterans. Marshall Athletic Director Mike Hamrick stated that despite the cost, he believed that the complex would increase attendance and interest in the university's athletic program.