This railroad and local history museum opened in the summer of 1998 and is located in a restored train station that was built in 1911. The museum offers a variety of exhibits related to the role of the railroad in this part of Appalachia, including the connection between the railroad and extractive industries such as logging and coal mining. The museum also holds a collection of historic photographs and artifacts, including tools and items related to the conflicts between workers and management. The museum is funded largely by the coal industry, so visitors should be sure to ask questions and seek out additional information about the history of unionization, conflicts between management and labor, and the complicated nature of company stores that offered easy credit to miner families but often trapped them in ways that may offer lessons for modern Americans. 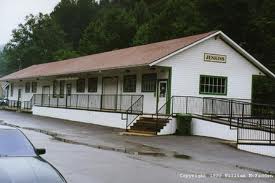 The museum is named in honor of David A. Zegeer, a division superintendent for the Consolidation Coal Company. This company was established in Jenkins, Kentucky in 1911 and was sold to Bethlehem Steel in the 1950s. Zeeger later served as the Assistant Secretary of Labor for Mine Safety & Health between 1983 and 1987.