One of the most heavily attended museums in the country, the Houston Museum of Natural Science (HMNS) houses the Burke Baker Planetarium, the Wortham GIANT Screen Theatre, and the Cockrell Butterfly center, and a host of fascinating and intriguing permanent exhibits that focus on astronomy, space science, Native American culture, paleontology, energy, chemistry, gems and minerals and much more. Further, the facility accommodates a wide array of traveling exhibits covering even more categories. The Museum is a major science learning center, with over a half million school children visiting annually, including every fourth and seventh grade class in the Houston Independent School District. In addition to the main building, the museum operates two satellite location: the George Observatory in Fort Bend County, which features one of the largest telescopes in the country available for public viewing, and the Houston Museum of Natural Science at Sugar Land which features exhibits on dinosaurs, mineralogy, and exotic live frogs. 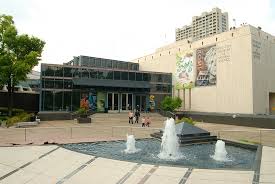 The museum was founded in 1909 and it started out as simple displays in downtown Houston. Eventually it was located at the Houston Zoo and later the Burke Baker Planetarium. Finally in 1964 the current museum was built. The museum has grown significantly since then.

Morian Hall of Paleontology – More than 450 fossils and fossil replicas provide a glimpse into the past.

Cullen Hall of Gems and Minerals – See more than 750 mineral specimens, from around the world.

Wiess Energy Hall – Explore the process of energy development, and the ways energy is used.

John P. McGovern Hall of the Americas – A collection of artifacts from 50 Native American cultures

Welch Hall of Chemistry - Discover chemistry innovations that have changed the world.

Earth Forum – arrangement of 11 workstations, focusing on the dynamic changes of the Earth.

Do the Weather with Chita Johnson – meteorology display lets you be a weather reporter!

This extended tour includes two dozen museums that reveal the rich history of Houston and the diversity of her people. Users can edit the tour to better fit their interests-this tour includes everything from military history to architecture, science, culture, works of art, and museums dedicated to the experiences of diverse groups.