Casa Mañana is a historic theater located in the heart of Fort Worth's Cultural District. Originally an outdoor amphitheater, Casa opened in 1936 as part of the official Texas Centennial Celebration. On July 5, 1958, a new Casa Mañana opened in the same location as the original, this time as a fully enclosed, air conditioned, domed, in-the-round theatre. Casa is one of the only examples of an aluminum dome structure left in the entire world. 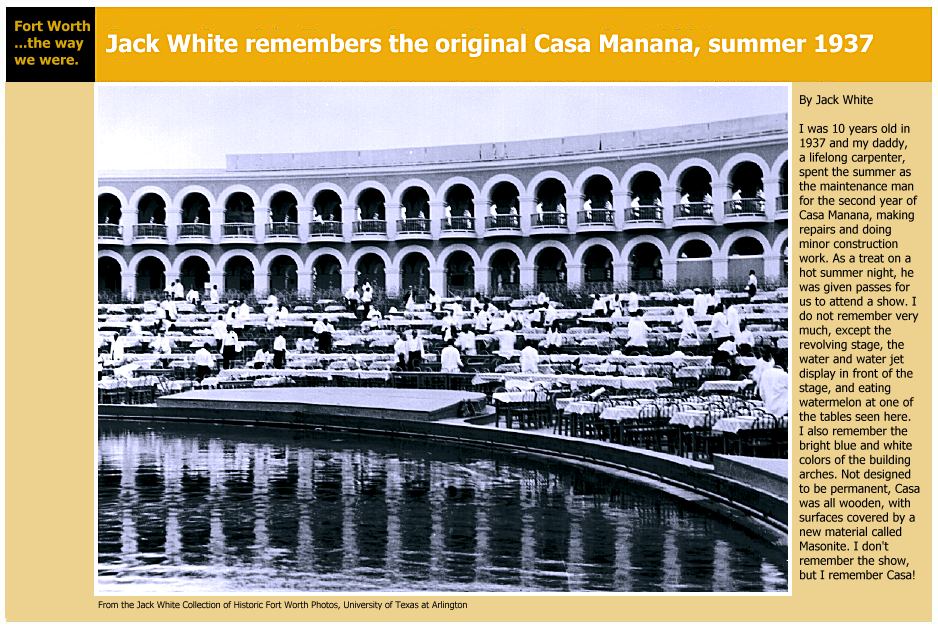 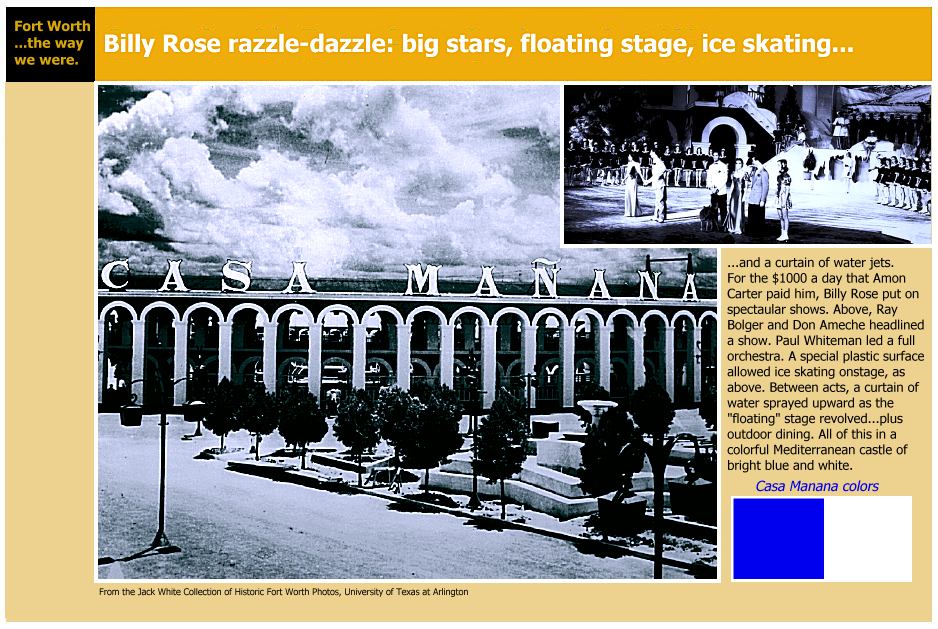 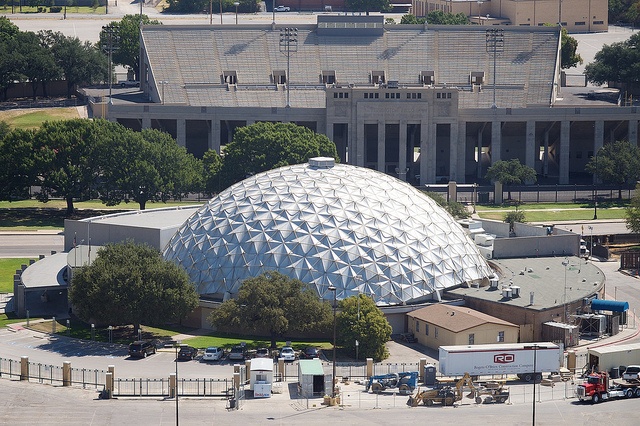 Originally the brainchild of Fort Worth legend Amon G. Carter, Casa Mañana is a city-owned building that is currently home to a musical theater company.

In 1930, Carter also led a group of community leaders to sponsor a major celebration in Fort Worth called the Texas Frontier Centennial.1 It was held on the land immediately east of the Will Rogers Memorial Center and placed under the direction of Billy Rose, the famous Broadway producer.2 A large area  was filled with frontier-styled buildings and fronts which were used for various activities and performances. Numerous famous artists and actors were featured in Fort Worth's extravaganza, including Sally Rand, and Paul Whiteman.3 The original Casa Mañana was a 2,500 seat amphitheater, and a part the 1936 production. The building was also a part of Sally Rand's (Nude) Dude Ranch. The Fort Worth Frontier Centennial was widely promoted in Dallas and across the country as the place to go for "wild and whoo-pee" entertainment.4 Locals insist that Casa Mañana helped spark the ongoing rivalry between Dallas and Fort Worth.

Casa Mañana was abandoned during World War Two, and the steel was used for the war effort. The lot where it sat, on the corner of University and Lancaster, was empty save for some concrete and rubble. Casa Mañana was gone, but not forgotten.

In 1958, the Fort Worth City Council approved the construction of a brand new civic amphitheater.5 Casa Mañana Musical, Inc., a non-profit corporation named after the popular outdoor theater built for the 1936 Texas Centennial celebration, agreed to lease the building and produce live entertainment.6 An air-conditioned, aluminum-domed playhouse opened on July 5, 1958.

The A. George Kind designed building features an aluminum geodesic dome. The dome was designed by Henry Kaiser and Richard Buckminster Fuller, and was only the second dome of its kind built in the United States.7  The dome continued the tradition of tent-like, open air summer theater, while providing audiences with a break from the brutal Texas heat. More than 1,800 audience members could enjoy a night at one of the finest theaters in the United States, a fact that Fort Worth officials took great pride in.

After a decade of planning and fundraising, Casa Mañana Theatre was renovated in 2003 into a state-of-the-art performance venue. This renovation took the theater from an 1,800 seat "in-the-round" venue to a 1,300 seat "thrust" stage. The renovation also added space for the expansion of Casa’s nationally-recognized educational programs and for the accommodation of a broad variety of community meetings, performances and other events.

Since 1936, the Casa Mañana stage has launched the careers of stars, and delighted Texas audiences.