The Boundary Markers of the Original District of Columbia mark the four lines which form the boundaries of the federal district which were created between Maryland and Virginia. The markers were placed by a survey team led by Major Andrew Ellicott between 1791 and 1792. The resulting 100 square miles became the federal city of Washington, D.C. Thirty-six of the original marker stones are still extant and are significant as the oldest federally-placed markers in the United States. The Northeast No. 2 Boundary Marker is located along the D.C./Maryland line.

Boundary Marker Northeast No. 2, surrounded by the fence erected by the Daughters of the American Revolution. Image by Bruce Andersen from Washington, DC - Flickr (CC BY-SA 2.0) 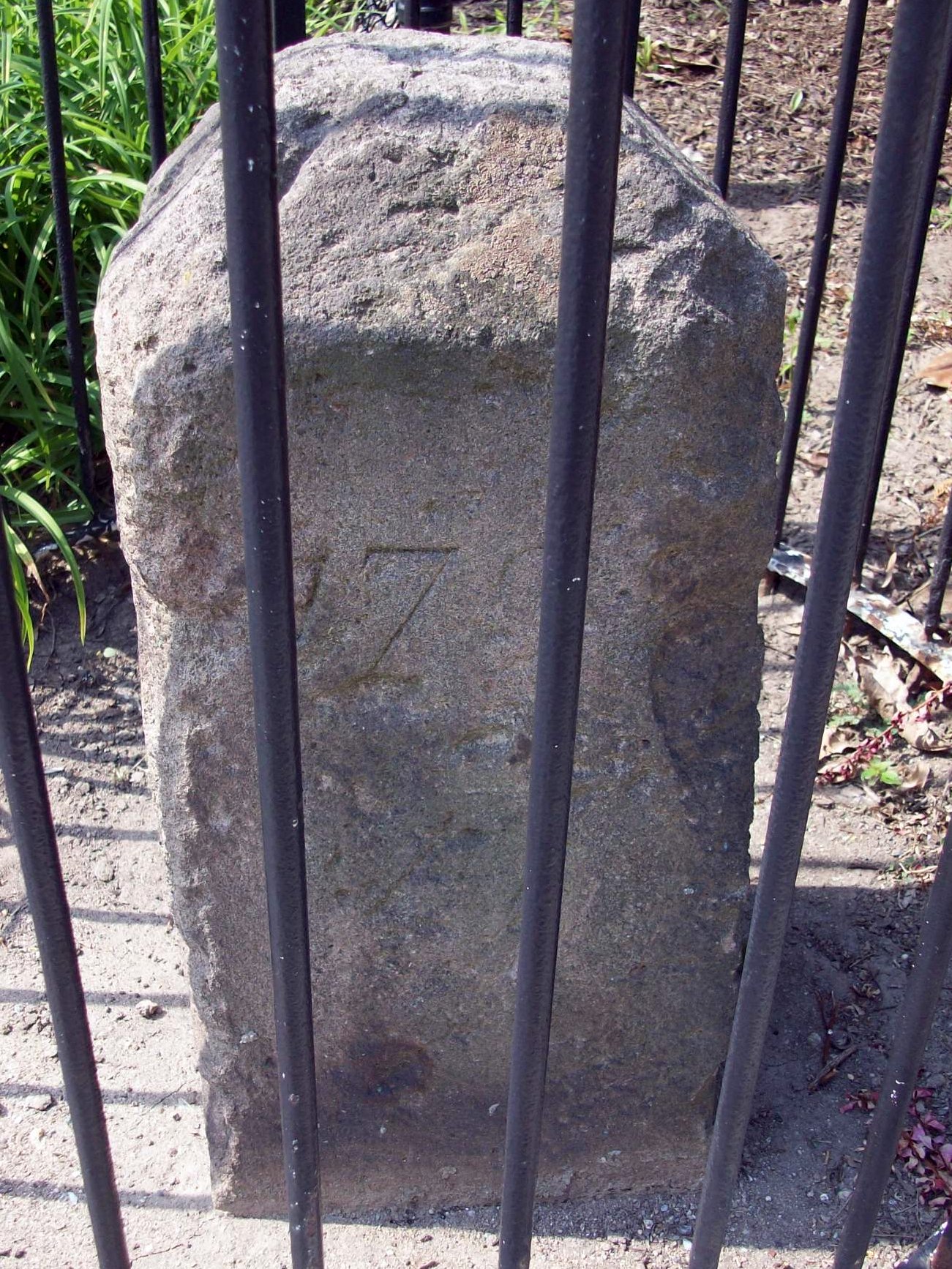 The territory chosen, Secretary of State Thomas Jefferson instructed Major Andrew Ellicott, a prominent surveyor, to begin demarcating the 10-mile square of the city limits. He began his work on February 11, 1791. Ellicott hired the Maryland astronomer and surveyor, Benjamin Banneker, to provide the astronomical observations and calculations needed to fix the south corner. "Banneker fixed the position of the first stone by lying on his back to find the exact starting point for the survey ... and plotting six stars as they crossed his spot at a particular time of night."1

The marker stones are made of Aquia Creek sandstone, weigh approximately half a ton (with the exception of the cornerstones), and are separated by one-mile. Those placed more than a mile apart include an additional marking, indicating the extra distance. On each stone, facing D.C. territory, is the mile number and inscription "Jurisdiction of the United States." The opposite side features the name of the state the stone borders. The other faces state the magnetic variance of their location and the year the stone was placed.

Thirty-six of the marker stones are still in place. Boundary Marker Northeast No. 2 is located along the Washington, D.C./Maryland line and is surrounded by a fence erected by the Daughters of the American Revolution in 1915. DAR is an organization for women descended from individuals involved in the American Revolution. It has engaged in numerous preservation efforts throughout the Washington, D.C. area, including a 2014 project to clean and restore the markers. Owing to its historical significance, this particular marker was among those added to the National Register of Historic Places on November 1, 1996.

In 2011, the District of Columbia geographic information system program used Global Positioning and contemporary survey technology to validate the efforts of Ellicott's team. It found that the historical surveying effort had been conducted with a high level of accuracy.