While Fulton County Stadium was demolished in 1997, its former location is commemorated by this small monument that commemorates Hank Aaron's historic 715th home run. Georgia State University plans to expand the current monument, which consists of an original section of the outfield wall from Atlanta Fulton County Stadium along with a marker designating the exact landing point of Hank Aaron's historic 715th home run. Henry "Hank" Aaron (nicknamed "Hammerin' Hank') hit his 715th career home run which cleared the left field wall, off Al Downing of the Los Angeles Dodgers, on the 8th of April, 1974, in front of a crowd of 53,775 people. The former Atlanta ballpark is now home to Georgia State University's baseball stadium. 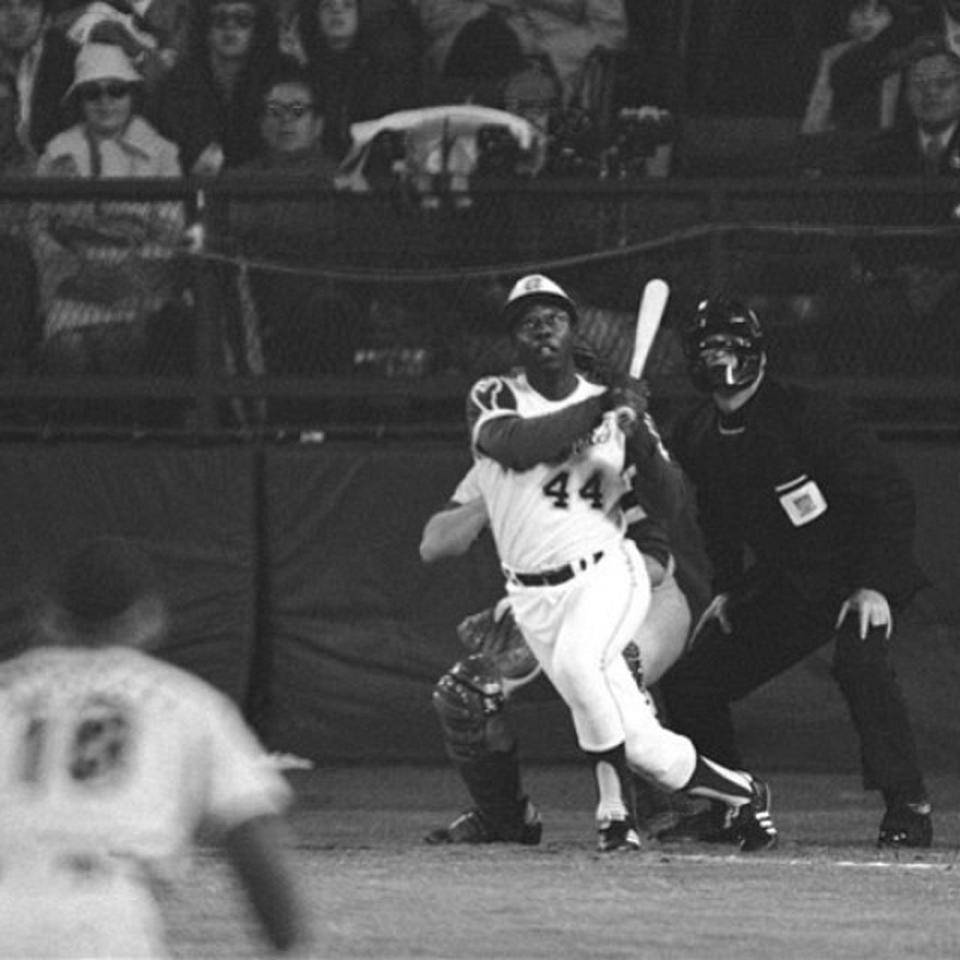 Close up of the Hank Aaron 715 Monument 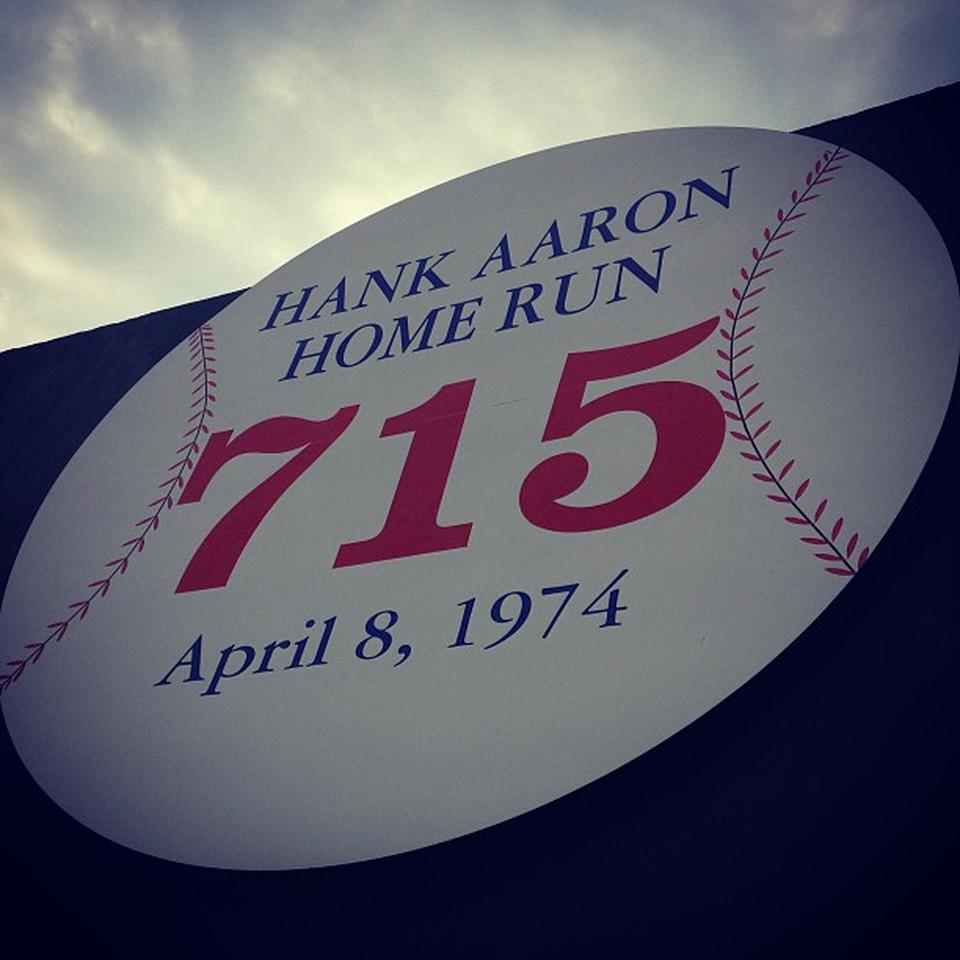 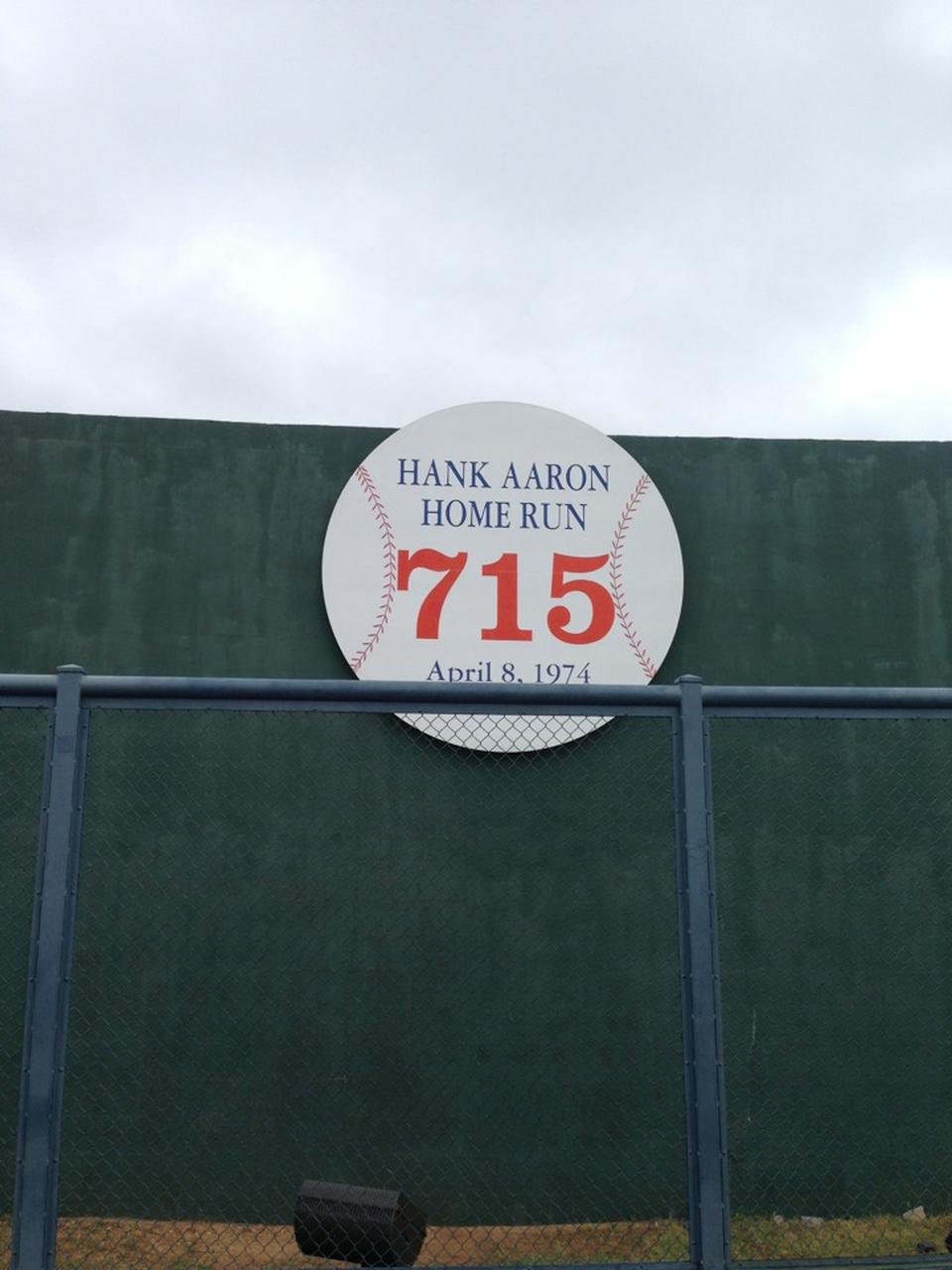 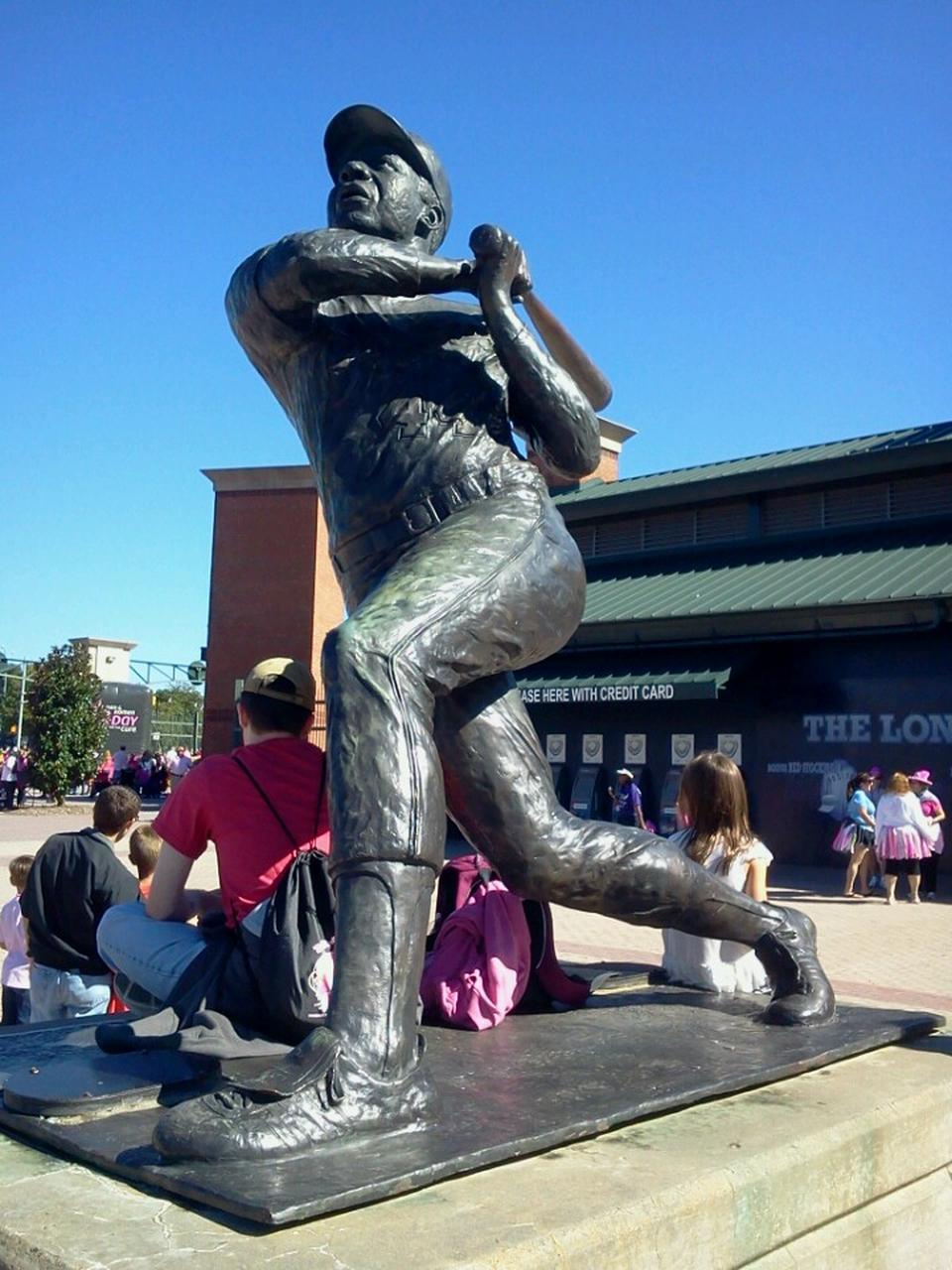 Jackie Robinson broke the color barrier in 1947. Larry Doby became the first African American to play in the American League that same year. Twenty-seven years later, Hank Aaron's feat can easily be seen as the next most significant accomplishment in baseball's role in the Civil Rights movement.

Aaron had entered the 1974 season just one home run behind Babe Ruth's career record of 714 home runs. Through the previous off-season “Hammerin’ Hank” endured constant media scrutiny, and even worse, constant letters expressing anger that a black man was going to break a white man’s sacred record. Aaron received up to 3,000 letters a day and many of them were racist and threatening in nature. They came from all over, but most were postmarked in northern cities. They were filled with hate. More hate than Aaron had ever imagined. Some even came from much unexpected places; Atlanta; Milwaukee; his hometown of Mobile, Alabama. Nevertheless, Hank read them all.

It wasn't merely the thousands of hate letters and death threats that haunted Aaron; it was the isolation. Baseball is a team sport and he couldn't even stay in the same hotel as his teammates. Security measures had to be implemented to ensure his safety. His name would be listed in one room at the team’s hotel, and he would be secretly checked into another under an alias. He constantly, had an armed security guard at his side. At times players avoided proximity to Aaron due to the nature of the threats. Through it all, Hank conducted himself with an immeasurable amount of class. He went about his business like any other ballplayer.

In the weeks leading up to the day he broke the record, Aaron was the subject of a political conundrum between then-commissioner Bowie Kuhn and Braves management. The Braves wanted Aaron to sit out of games after tying Ruth’s record until they reached their next home-stand so he could break the record in front of the hometown fans. Kuhn, on the other hand, insisted that he play so as to ensure that the best Braves team was fielded in every game, ensuring the integrity of the game. Ultimately, it mattered not; Hank hit his 715th career home run which cleared the left field wall, off Al Downing of the Los Angeles Dodgers', on the 8th of April, 1974, in front of a home-town Atlanta crowd of 53,775 people.

After his retirement in 1976, Aaron returned to the Atlanta Braves in the front office as the Vice President of Player Development. His oversight of young talent such as former National League Most Valuable Player Dale Murphy was instrumental in the Braves winning the National League Western Division in 1982. He was elected to the Hall of Fame in Cooperstown, New York in 1982 and was named to Major League Baseball's ‘All-Century Team’ in 1999.

In 1999, to celebrate the 25th anniversary of breaking Ruth's record, Major League Baseball announced the Hank Aaron Award, given annually to the best overall hitter in each league.

In recognition of his strides in Baseball and the Civil Rights struggle, particularly in regards to monumental achievements while playing in a recently desegregated league, Hank Aaron was honored with the Presidential Medal of Freedom in 2002.